a HighLine for the rest of us 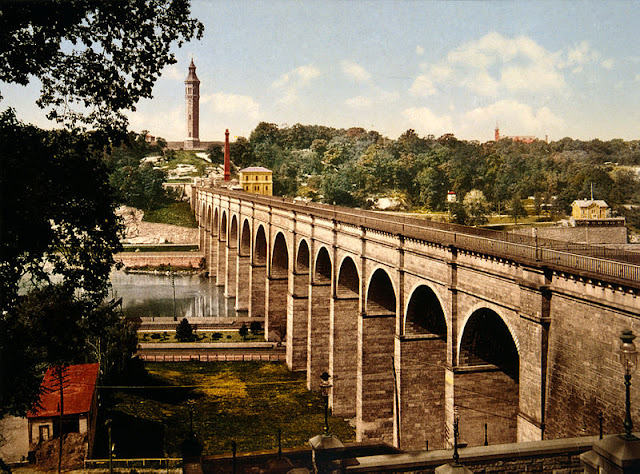 That’s what the High Bridge between the Bronx and Manhattan looked like about 1900. 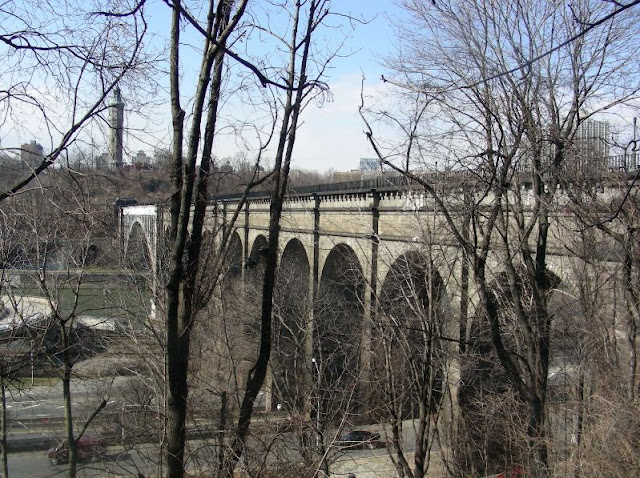 It hadn't changed much when I visited in October, 2011.

But it was closed. Locked up.

I couldn’t get through gates at that time so I went back 6 months later, in March, 2012. 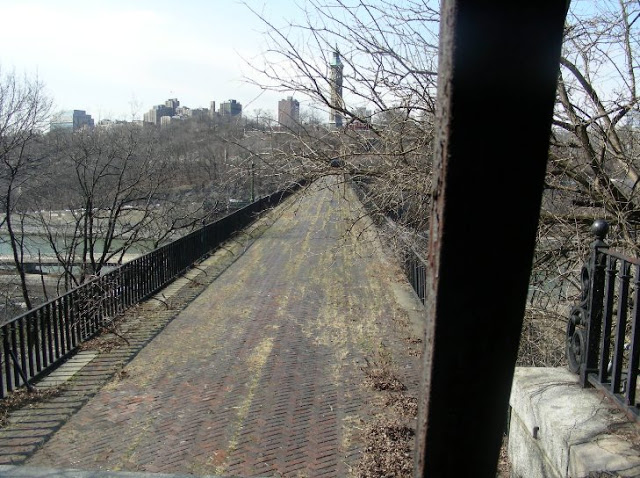 But just look at it now,
three years and almost $62 million dollars later! 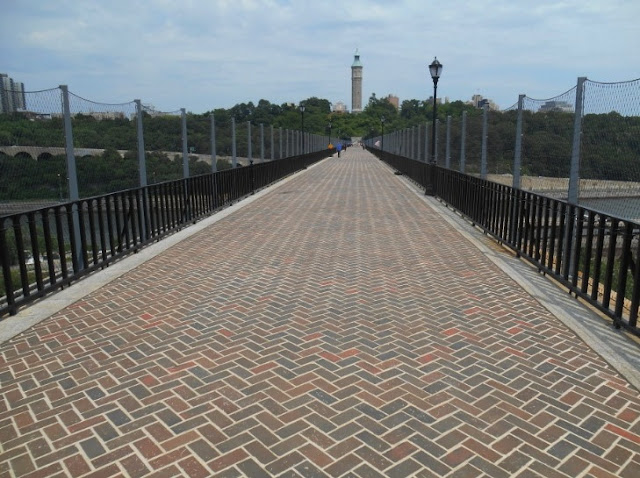 Mayor Bloomberg began this restoration project as a way to give uptown its own version of the HighLine. 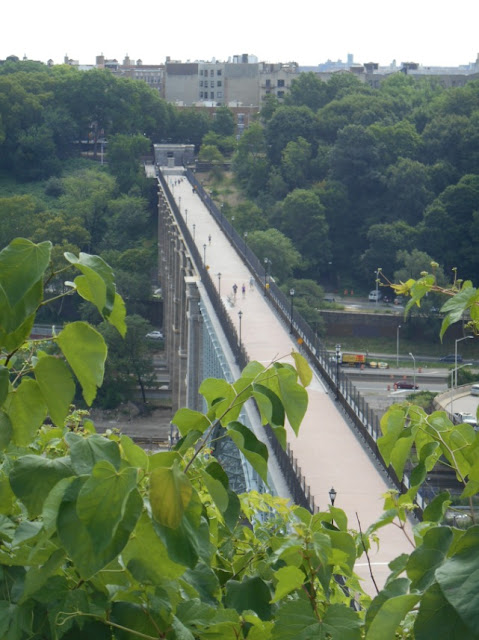 Now folks can walk or ride bikes directly across and connect in minutes. 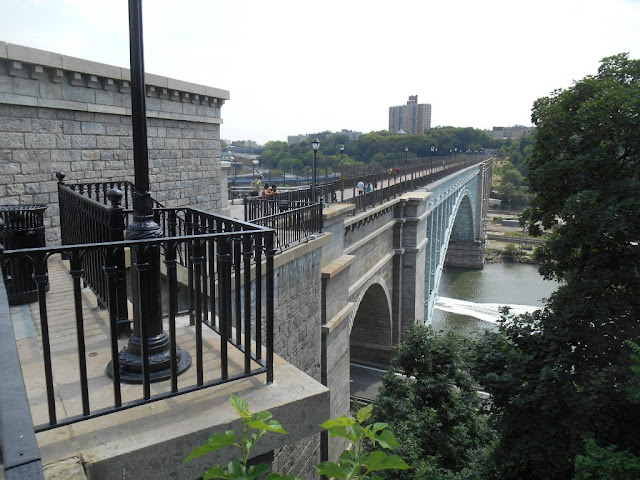 This was mostly city money but the Feds helped too, including new mortar for the brick, paint for the antique railing, new lighting and safety fencing. 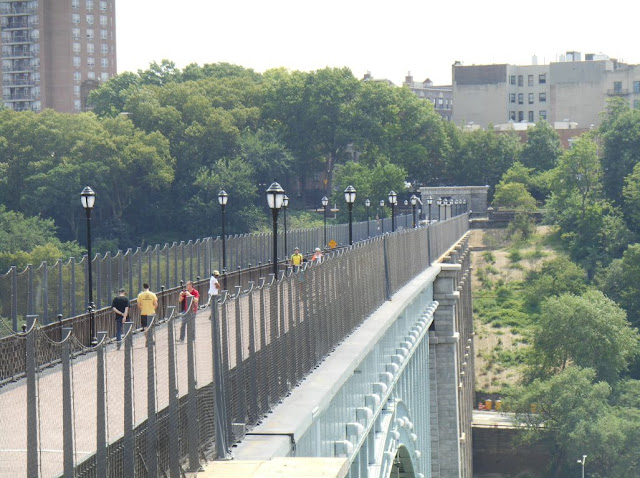 The steel needed paint and the stone was dirty in 2012. 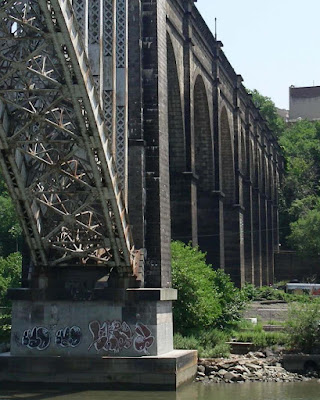 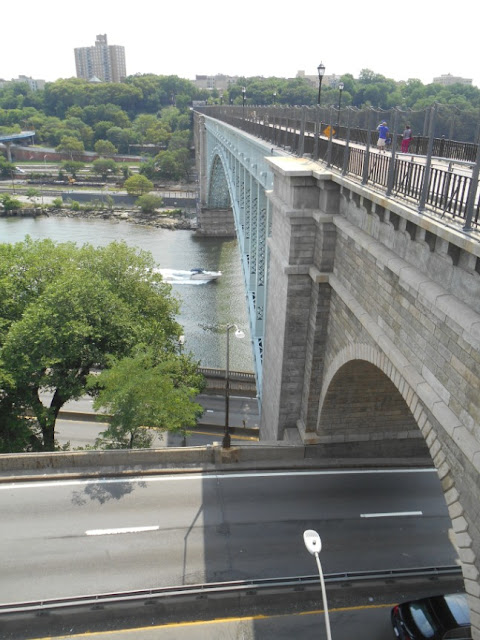 There were opening parties in the Bronx and Manhattan
but this is a Bloomberg initiative so,
de Blasio did not attend. 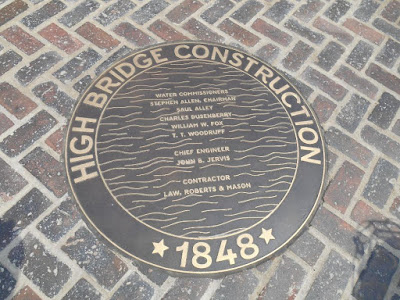 Still, the views are fantastic! 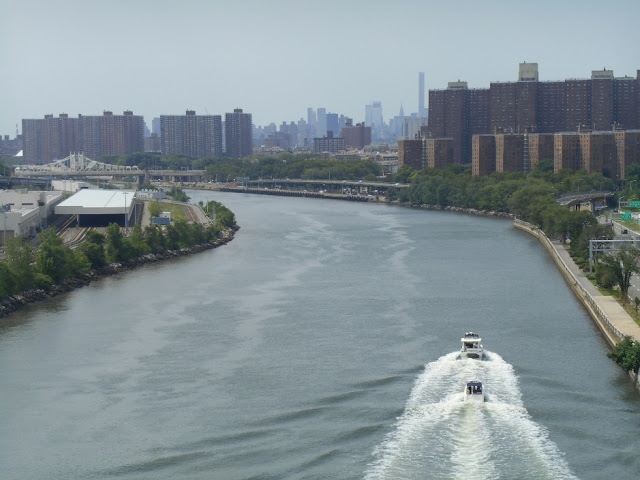 So get up there and walk to Manhattan! 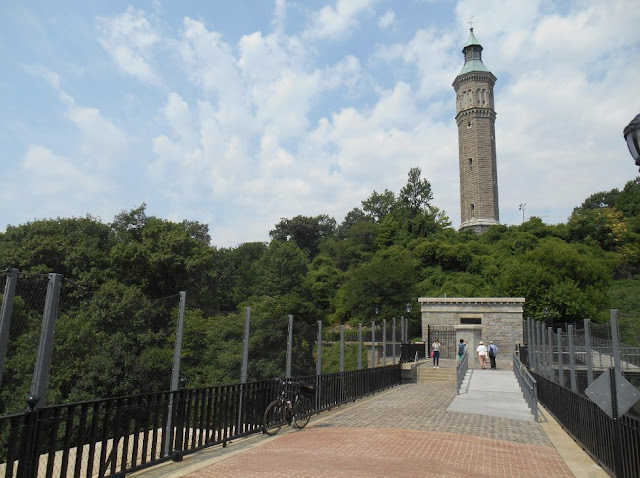 You can even smell the water beneath you. 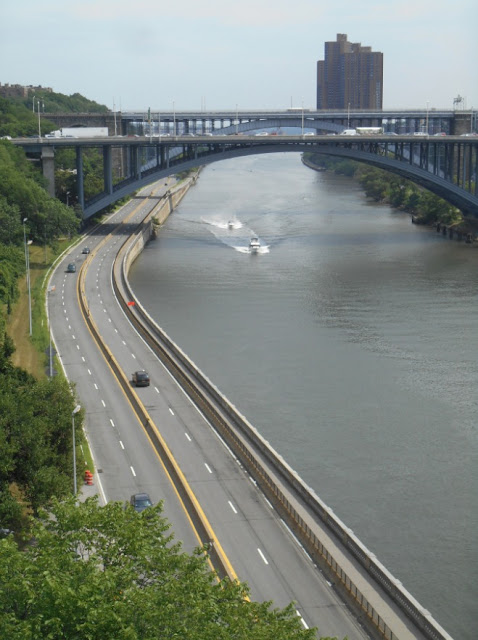