hot off the press 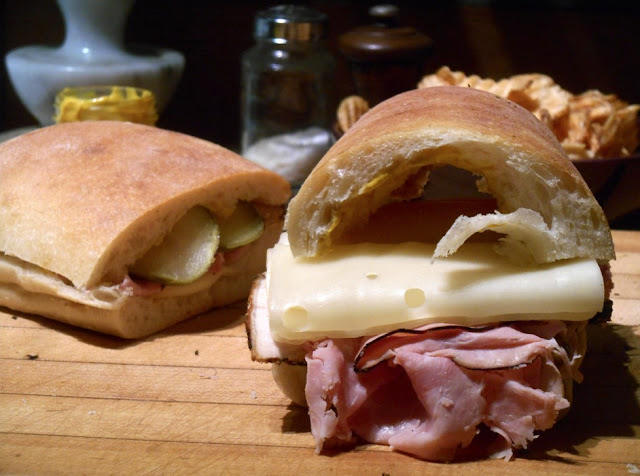 With Obama opening up to our neighbor down south, we can expect a lot more beautiful Cubans in our future. 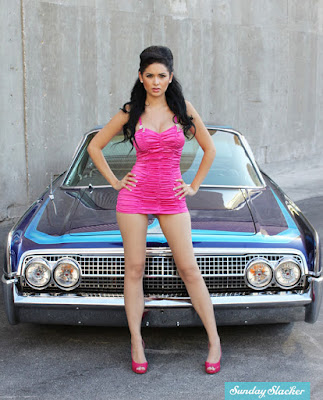 But I’m talking about the sandwich. 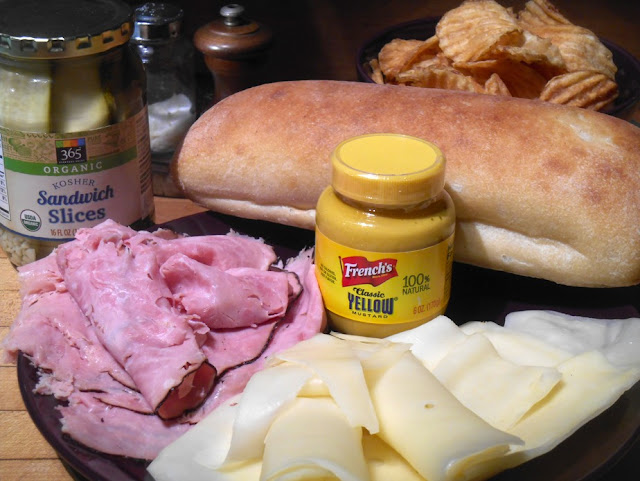 A sumptuous and salty combination of pork two ways, dill pickles, yellow mustard and melted swiss, most believe the “Cuban” originated as lunch for workers in the 1880’s when the cigar industry left Havana for south Florida. 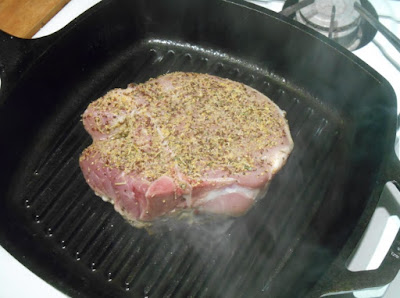 Traditionalists want real Cuban bread, but the closest I could find was a very good (Italian) Ciabatta from Eric Kayser. 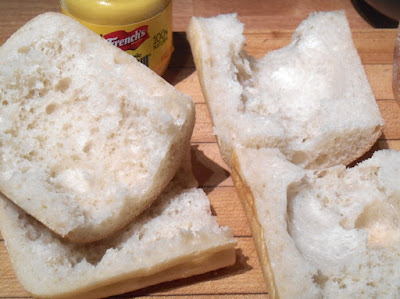 And you are gonna need a pork chop. 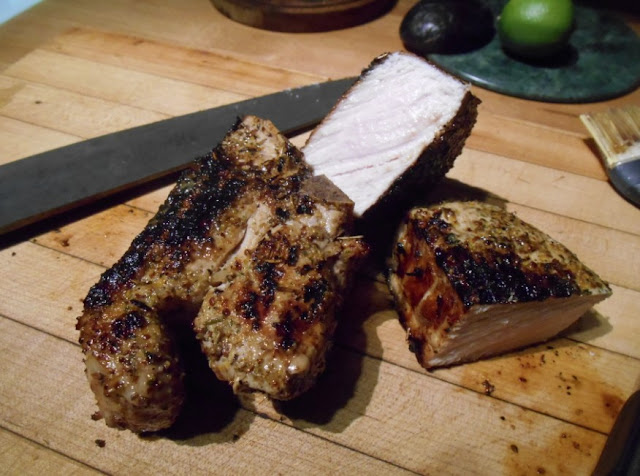 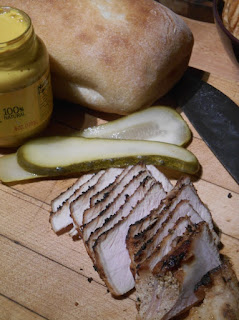 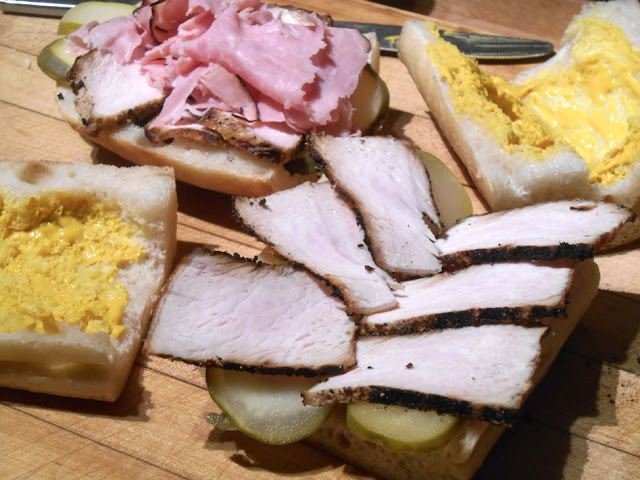 A sandwich press called a plancha both heats and compresses it, so we improvised at home. 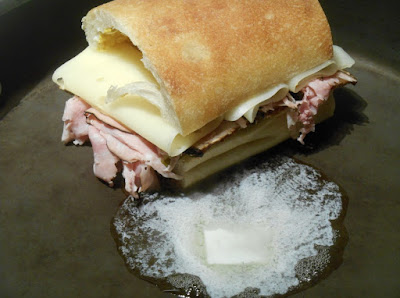 And place a pot lid smaller than your pan on top of the sandwiches, then add something really heavy to the lid. 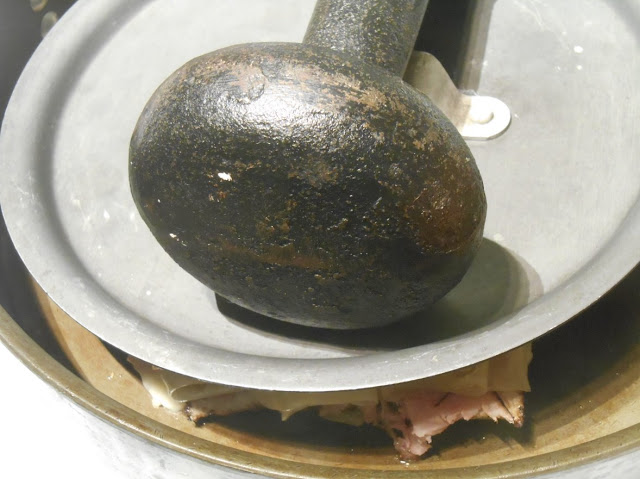 The heat and compression thins out and toasts the crusty bread.
Flip ‘em over and do a few minutes more on the other side. 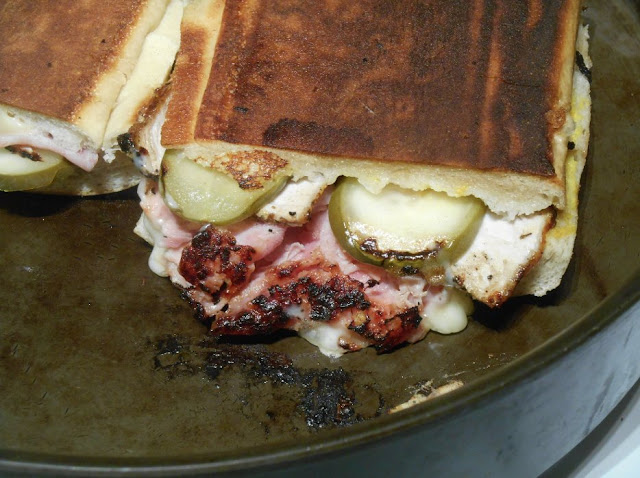 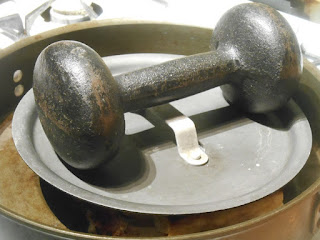 And that’s it!
The bright and spicy top notes of the yellow mustard and the pickle contrast beautifully with the savory meat and molten swiss, all wrapped up in a toasty crunch. 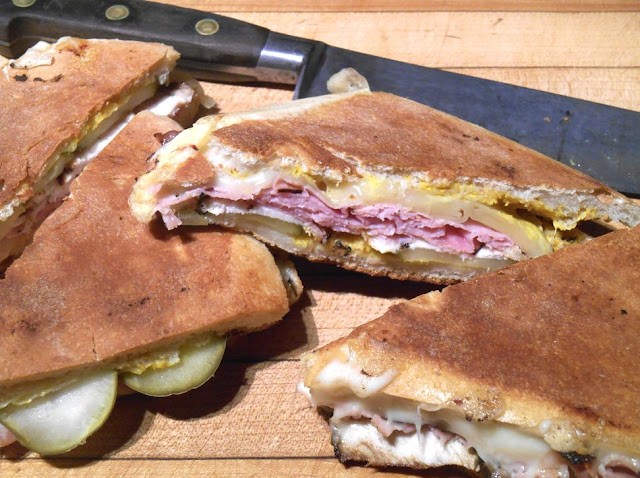 If you can’t travel to Cuba this Summer
bring a beautiful Cuban home instead. 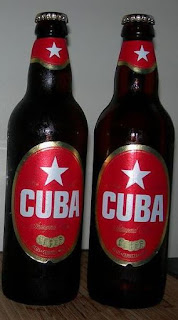