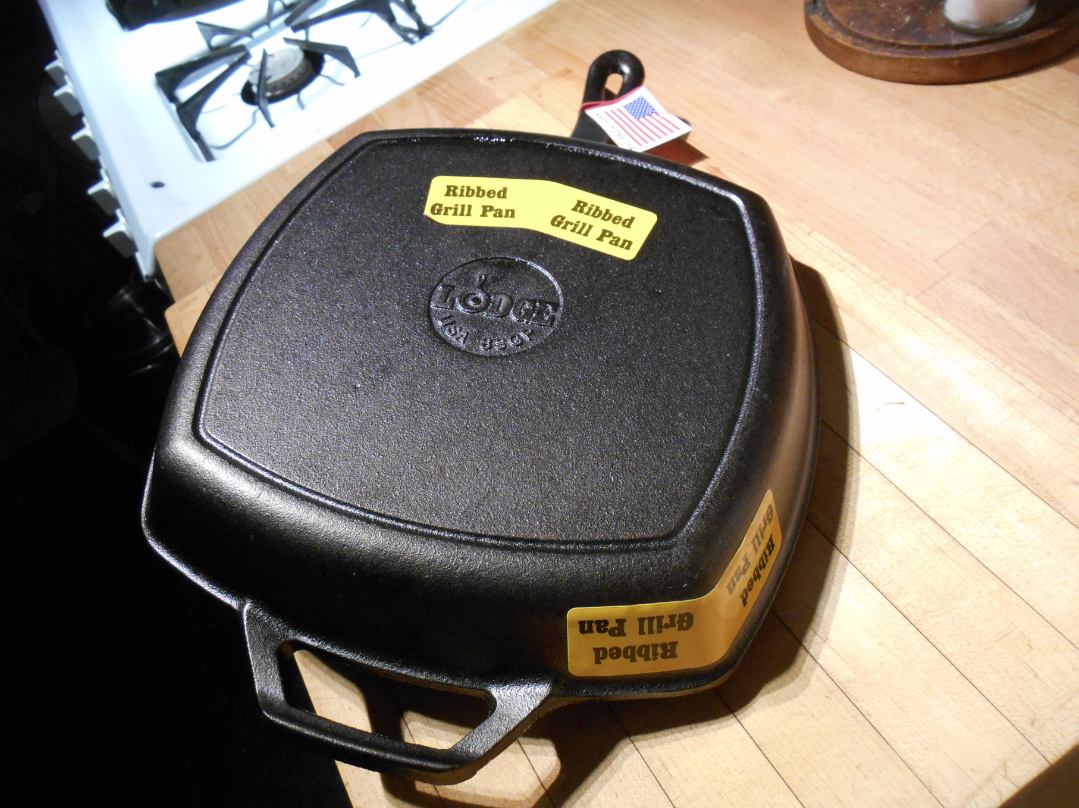 Joseph Lodge entered the Tennessee cast iron industry as a young man in 1896. 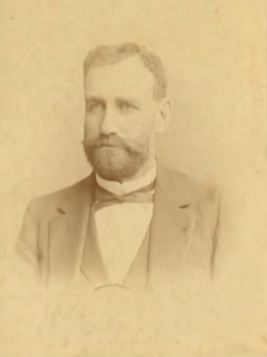 Today his great-grandson Henry Lodge is President of the family firm, the only cast iron cookware maker in America. 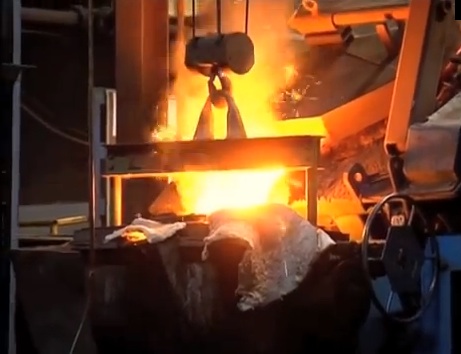 They’ve enjoyed a huge surge of demand thanks to television cooking shows.

Today they routinely craft over 400 pieces an hour. 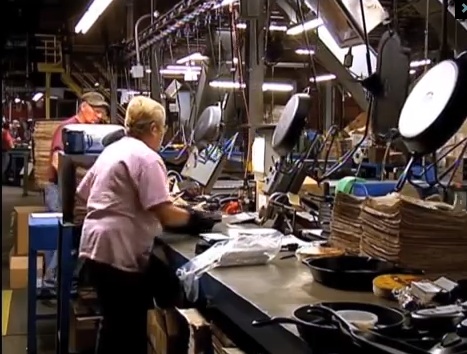 First, the iron is melted at 2800 degrees. Impurities, called “slag” float to the top where they are skimmed. 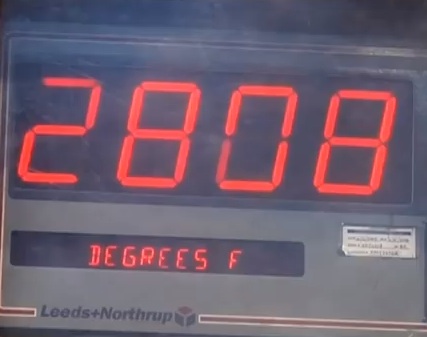 Then the metal is cooled to 2500 degrees and poured into sand-cast molds. 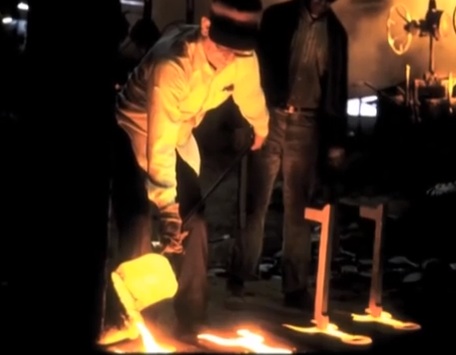 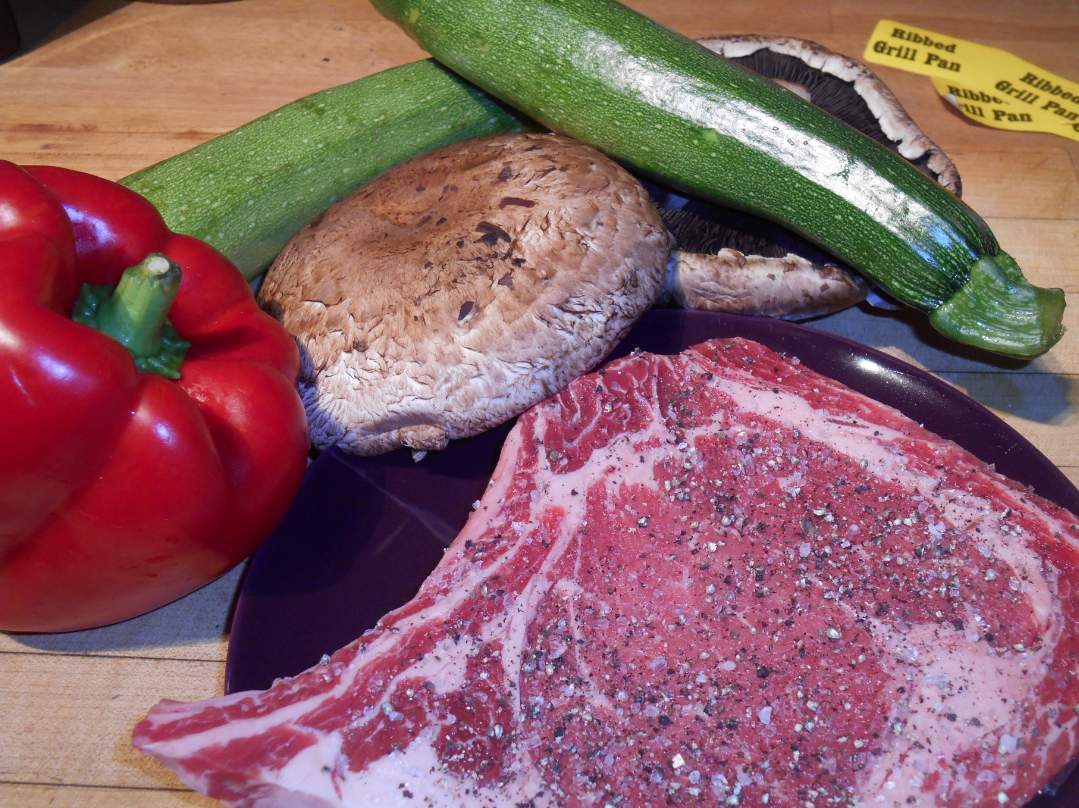 A new cast iron pan should be washed well with soapy water once, but then little soap is needed after that. 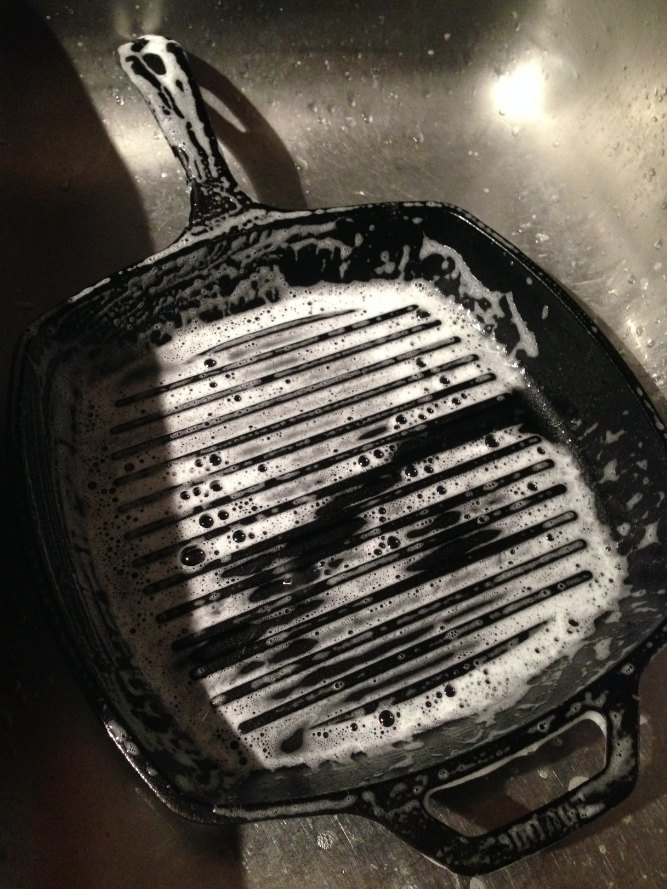 Brush on a heat resistant oil like olive or peanut
and heat until it smokes. 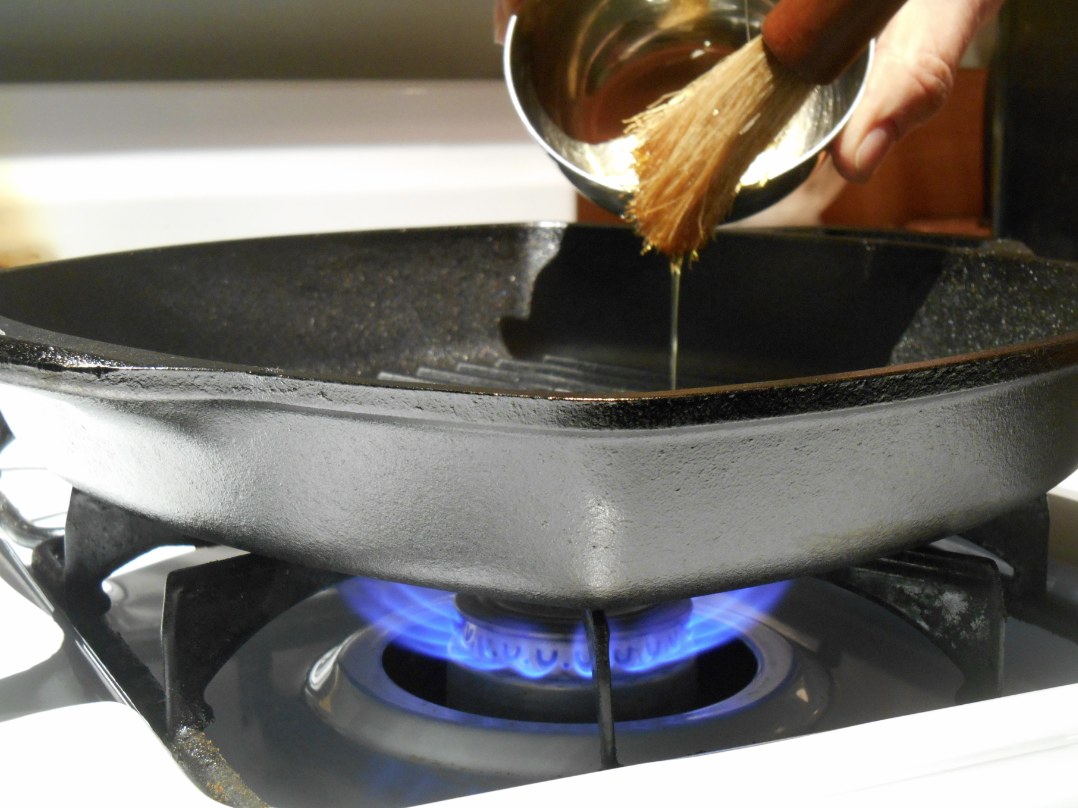 This draws oil into the pan as it cools down, making it “seasoned.” 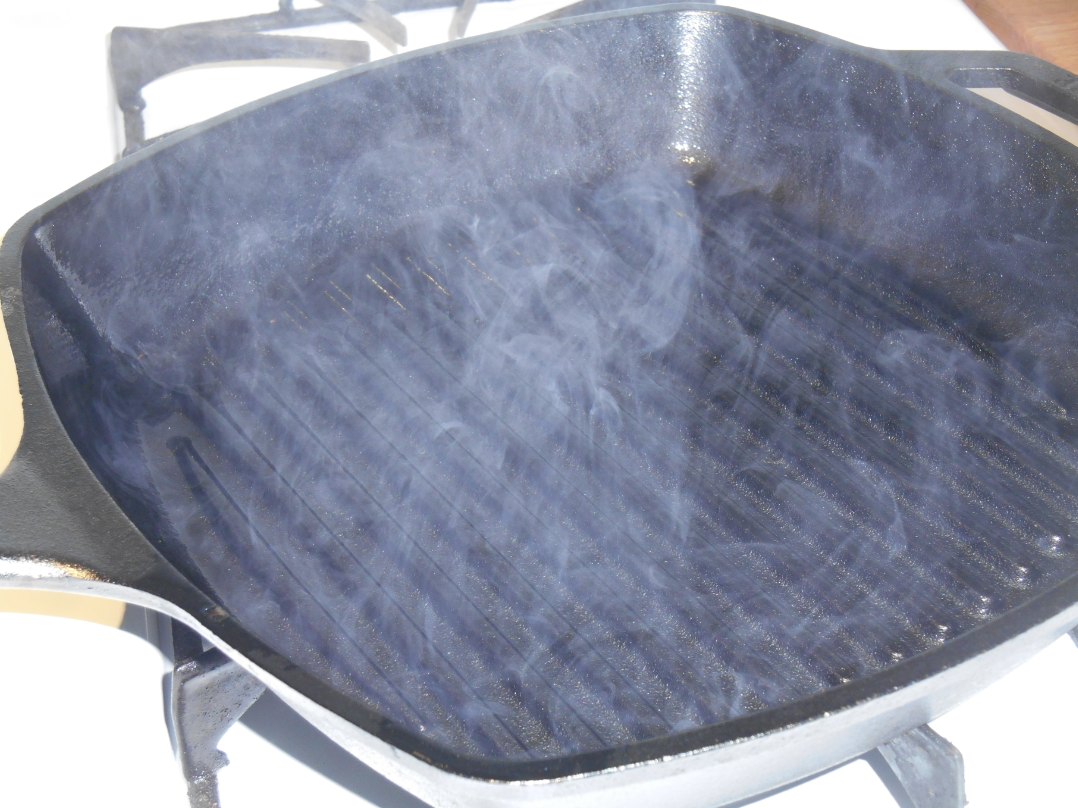 After that nothing sticks. 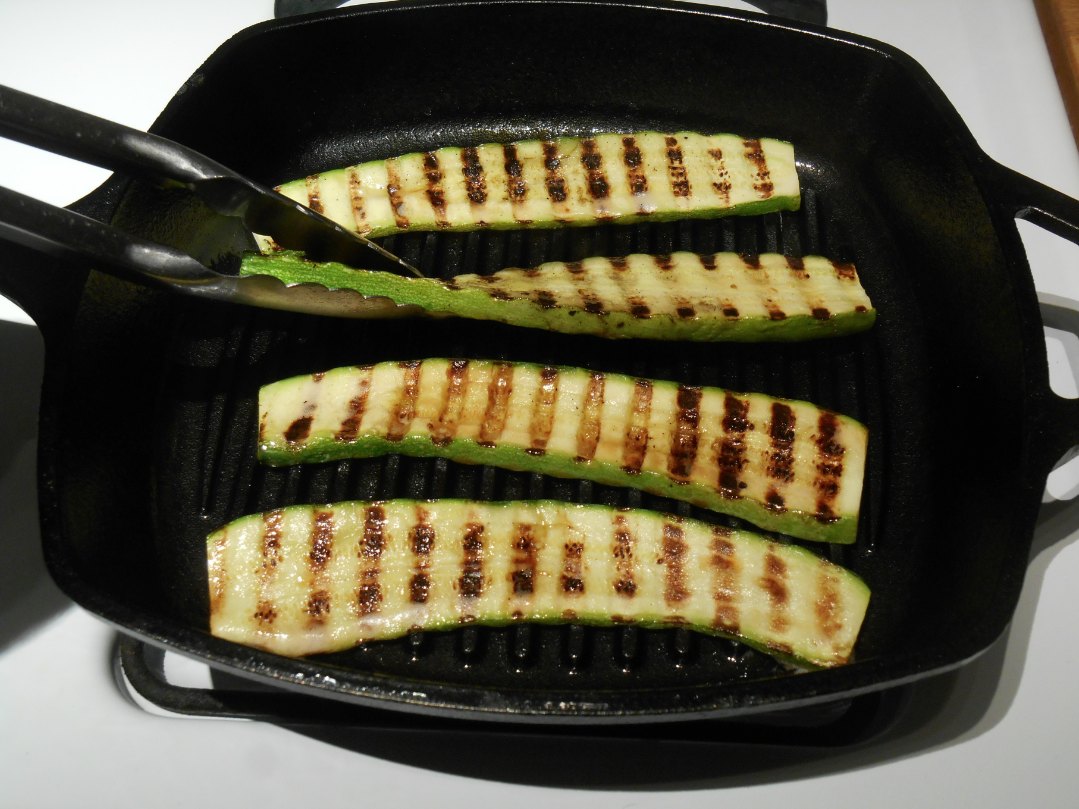 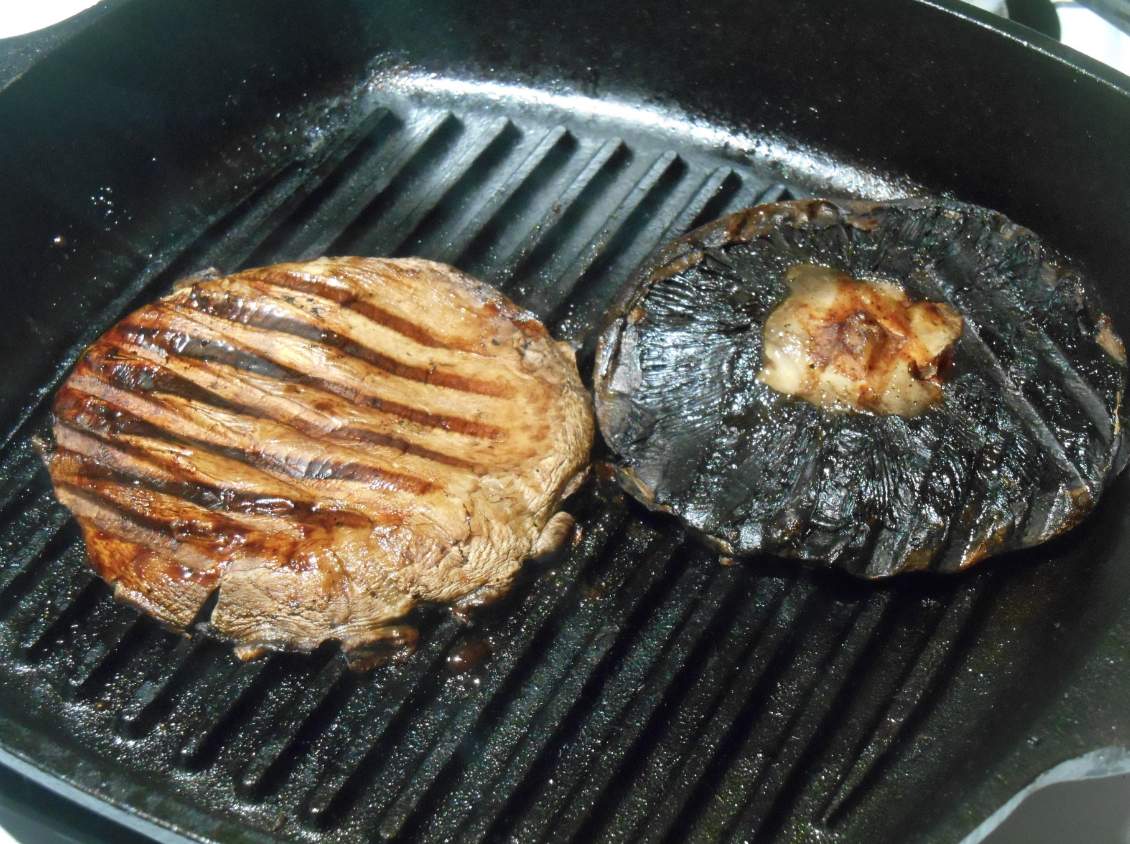 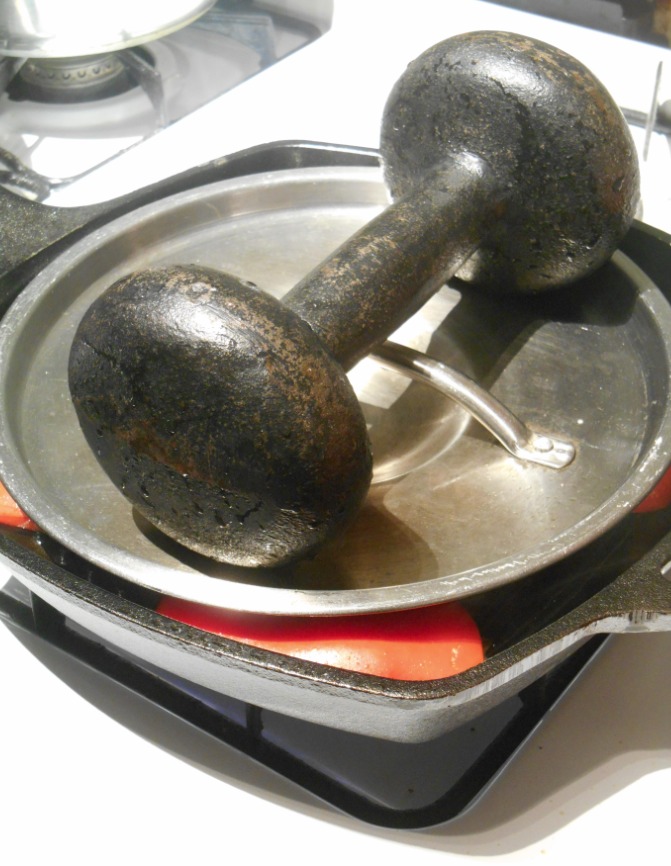 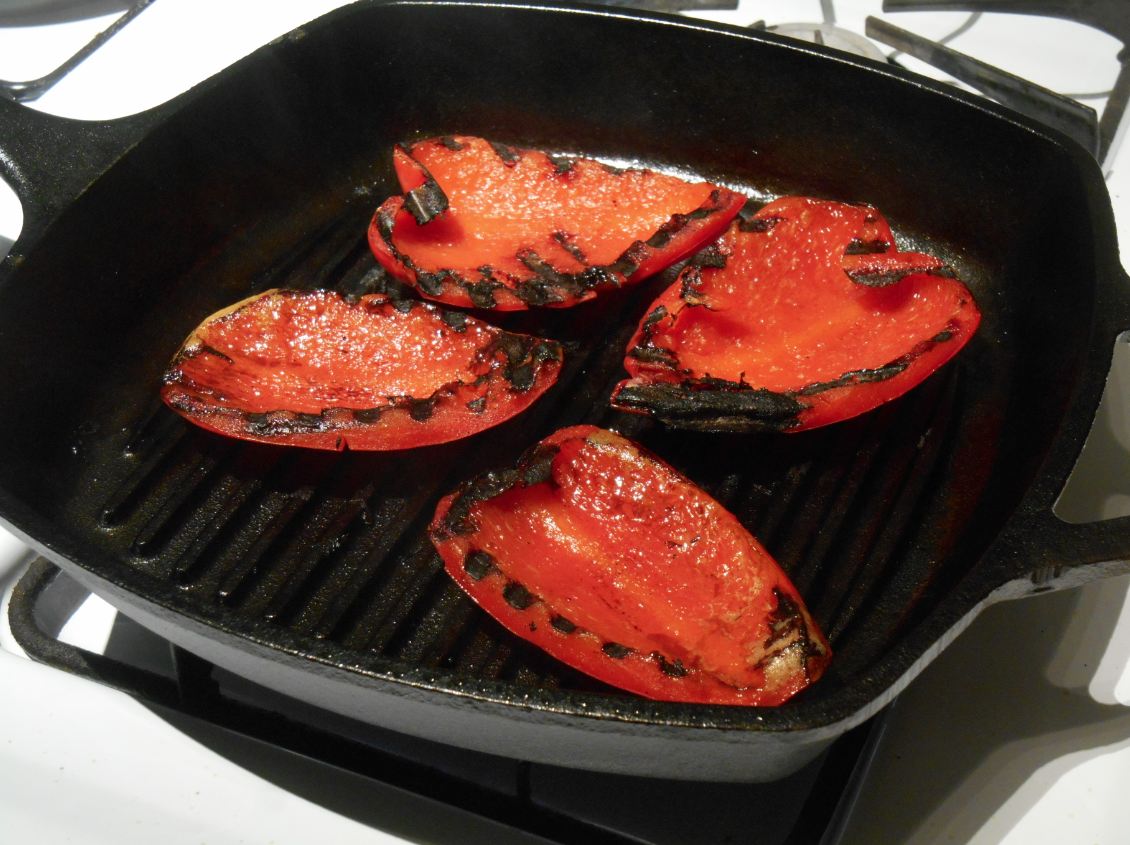 Cast iron has great heat retention because of its mass and once hot, it stays searingly hot. 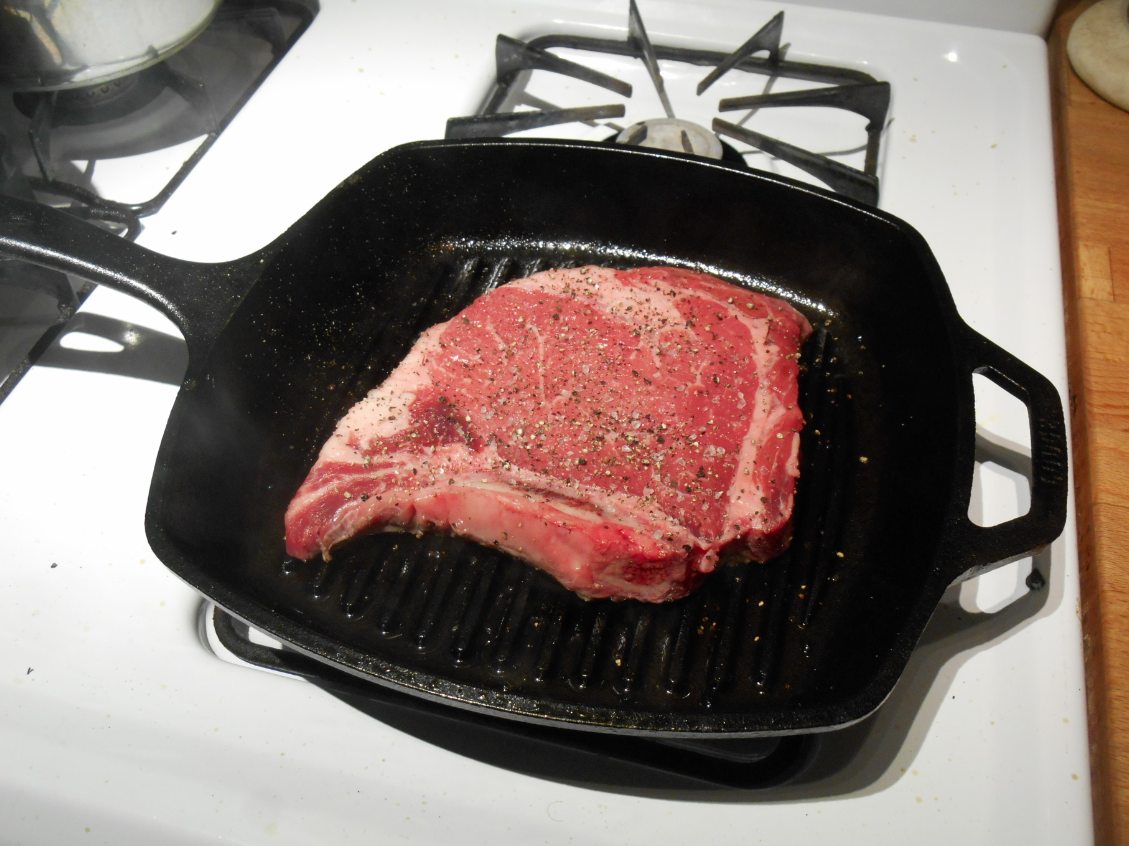 Because the heavy mass retains heat so well, it doesn’t cool when food is added to the pan. 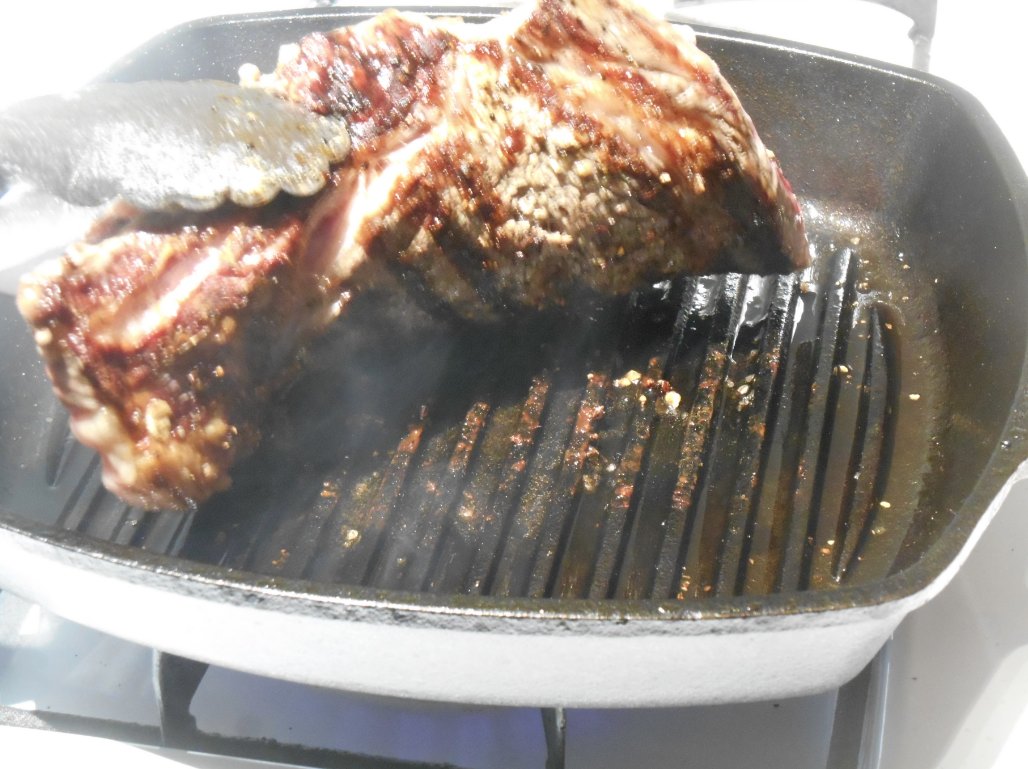 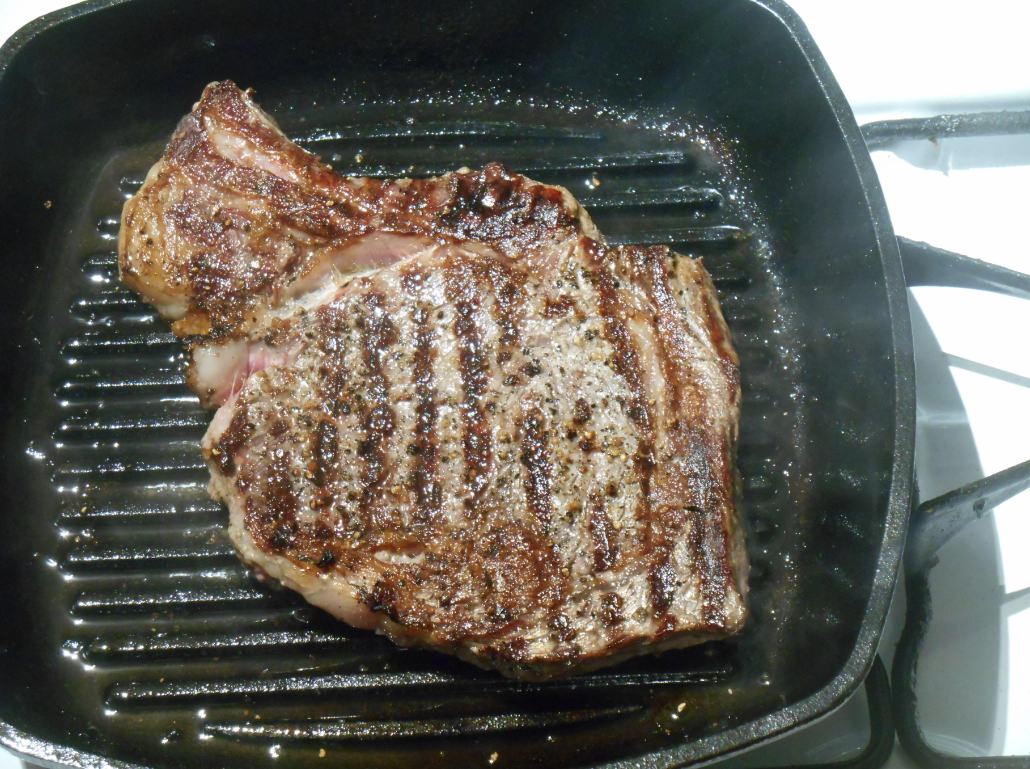 Grill marks are not just for appearance, they add real flavor. 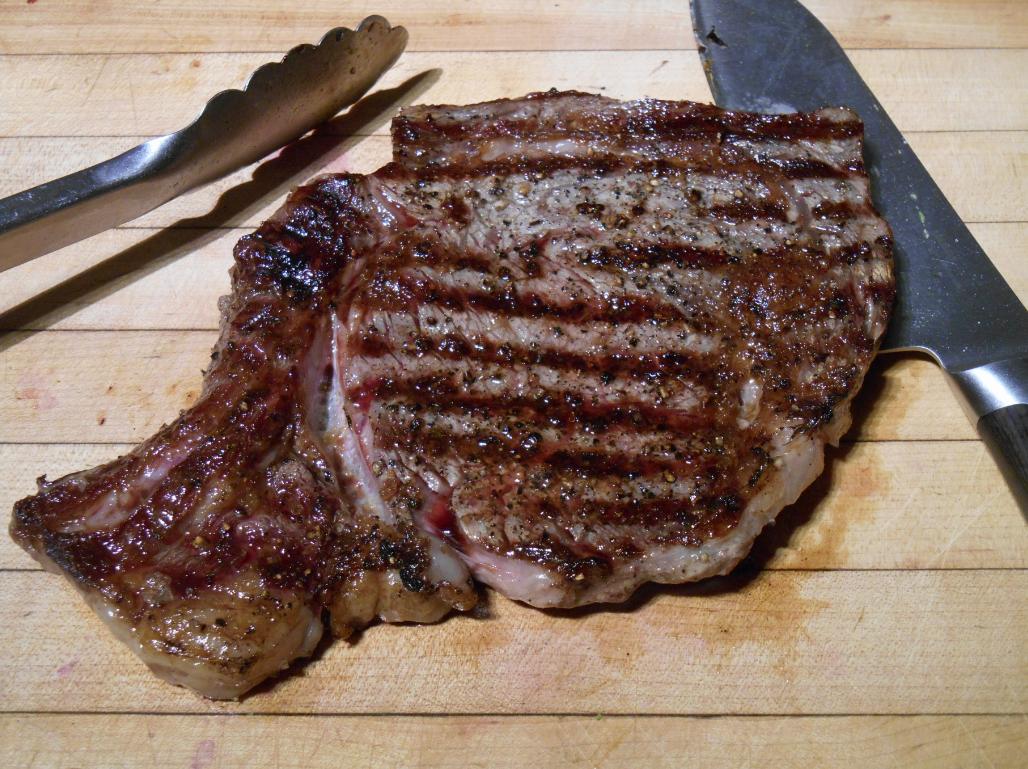 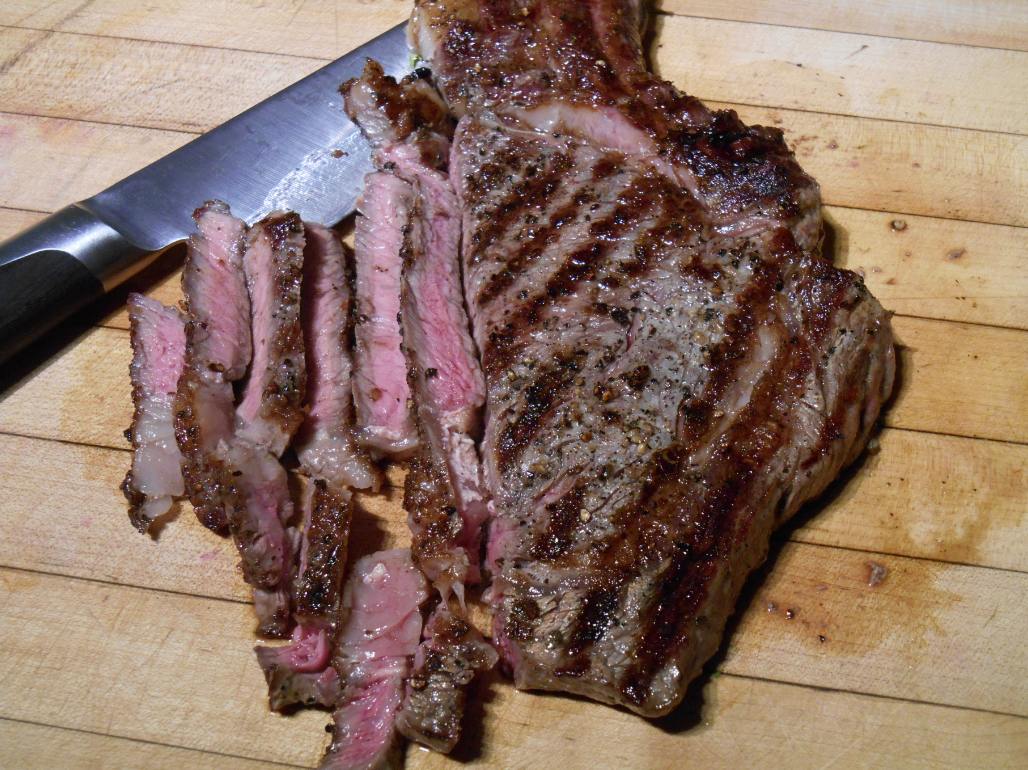 There’s a new kid in town! 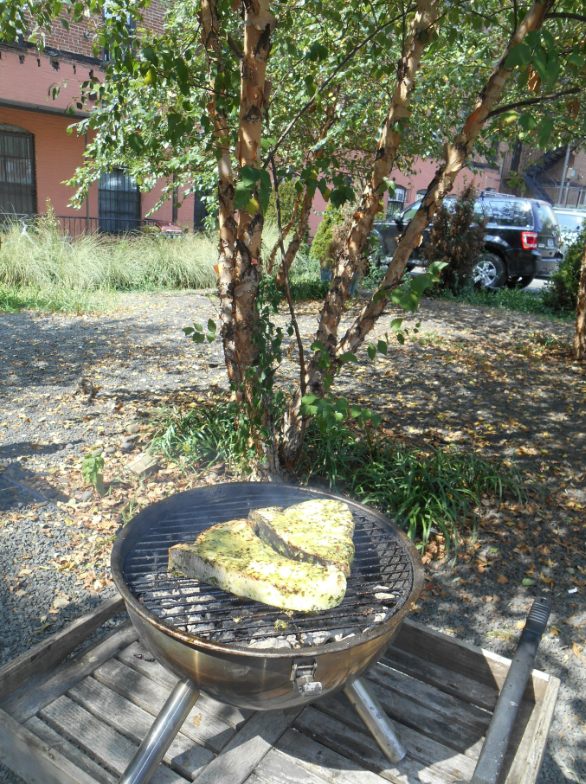