in a Chinese Pickle 酸瓜 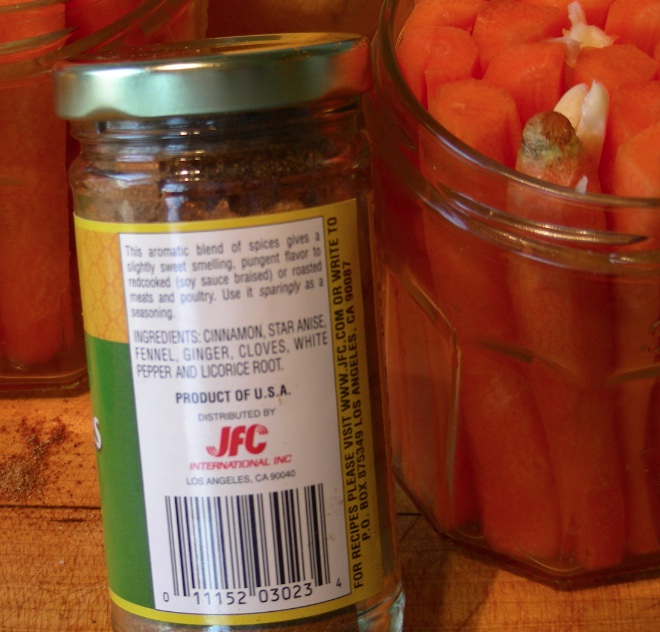 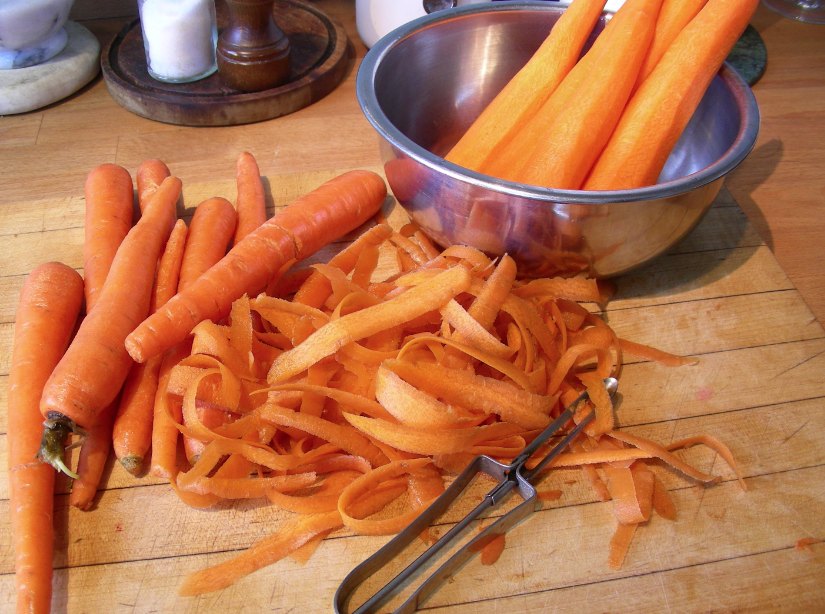 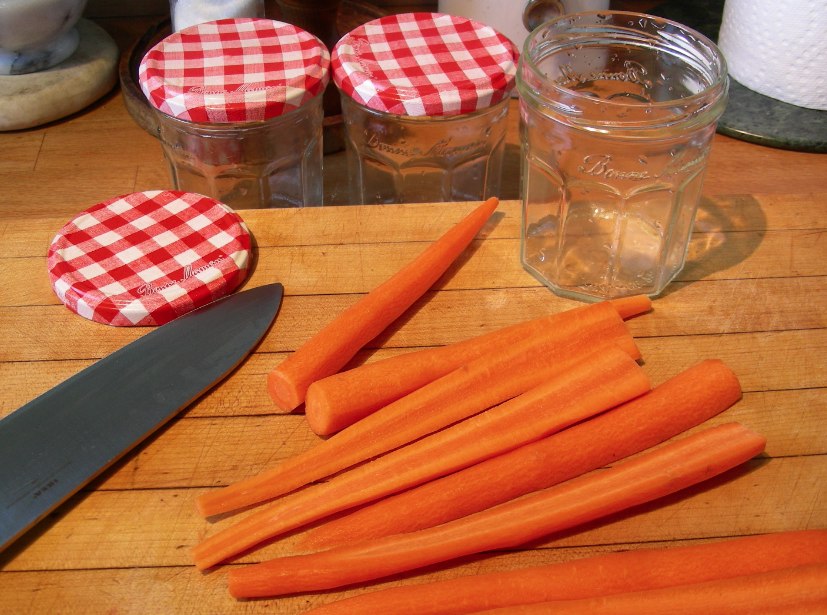 Peel them, slice them into quarters and pack them into clean jars. 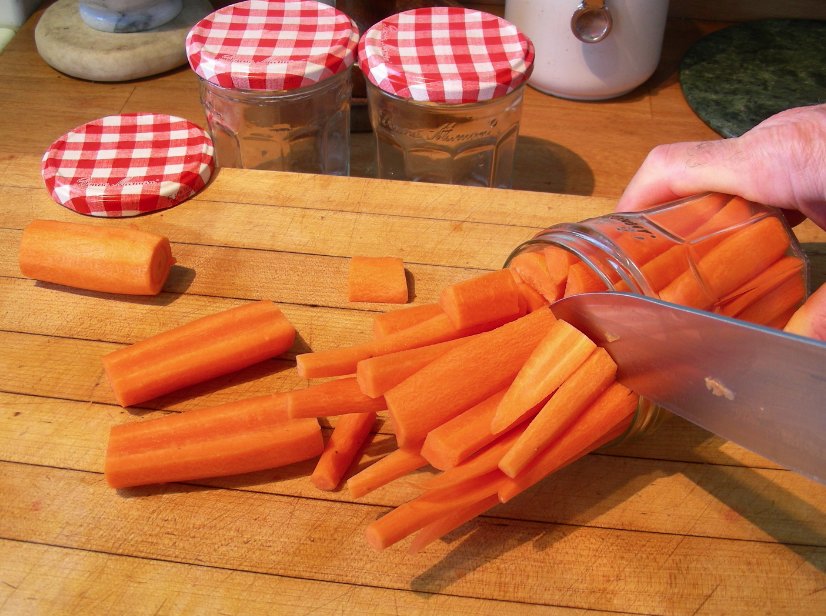 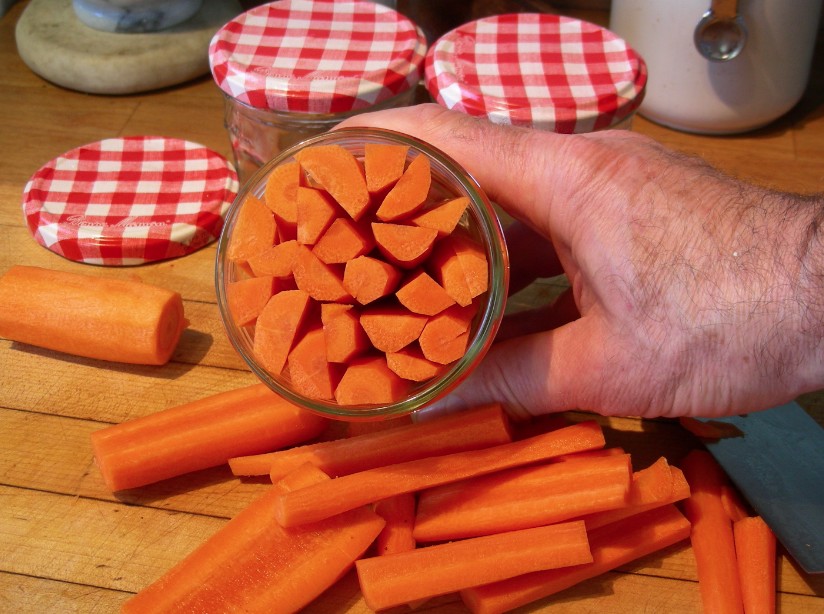 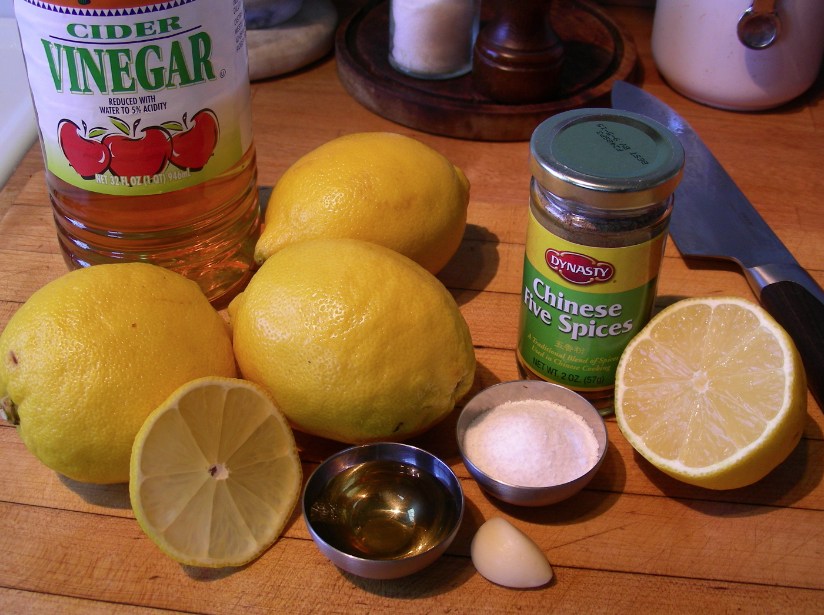 Into a small saucepan squeeze the juice of one large lemon, about ¼ cup. 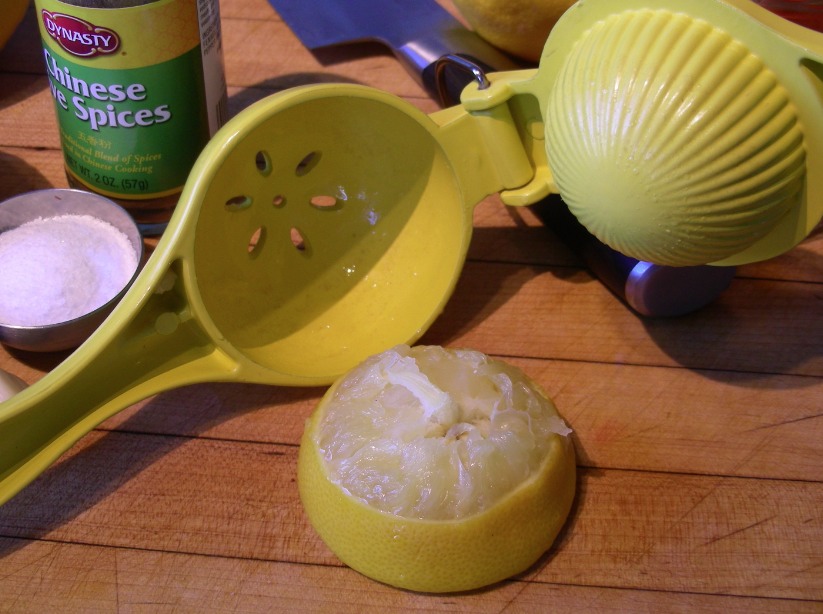 Add 2 tablespoons of vinegar, ½ teaspoon salt and a teaspoon of the 5-spice.

Then bring it to a boil and turn it off. 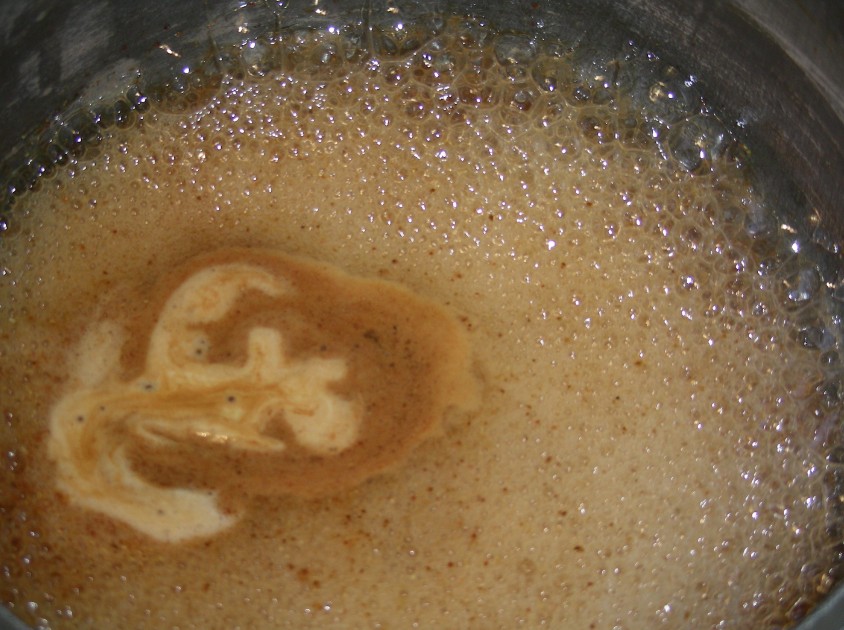 Cut the garlic in half and shove some into each jar, then split the boiled spice mix between the jars. 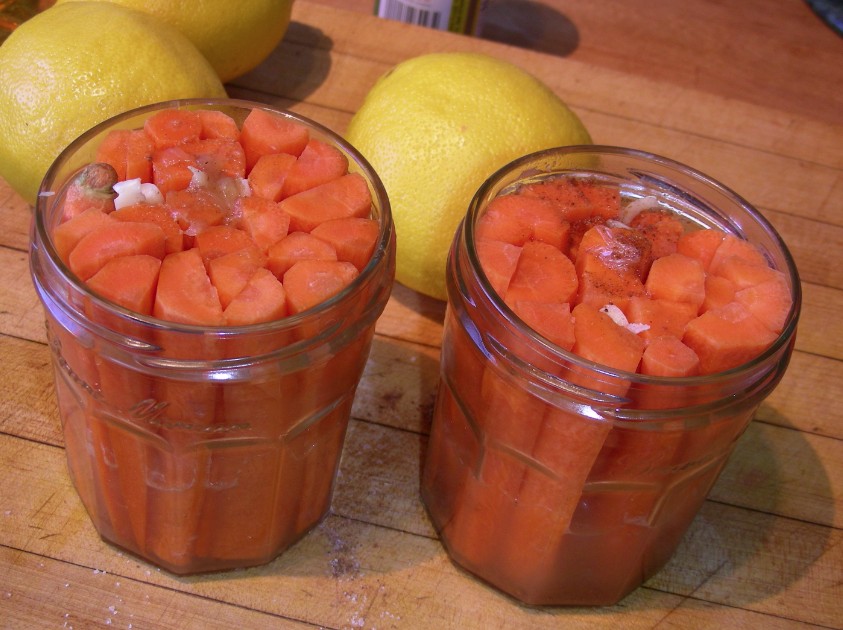 Now boil about half-a-cup of cold water in the same saucepan, then top up the jars to just barely overflowing. 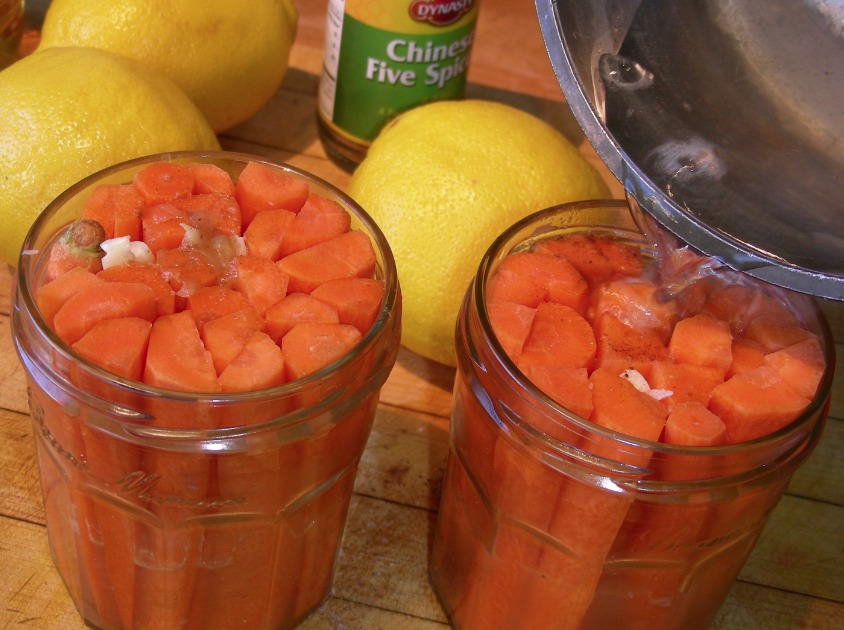 And that’s it.
Shake ‘em, put ‘em in the fridge and give ‘em about a week to taste. 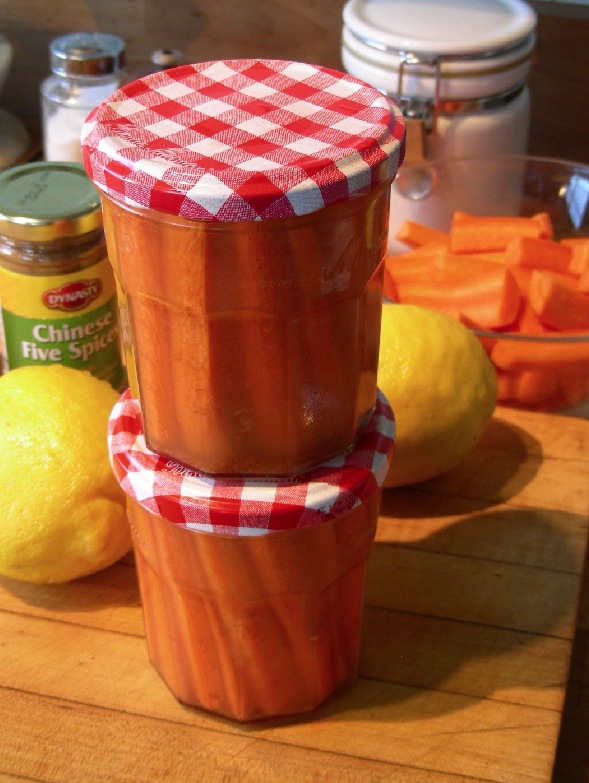