taken for a ride 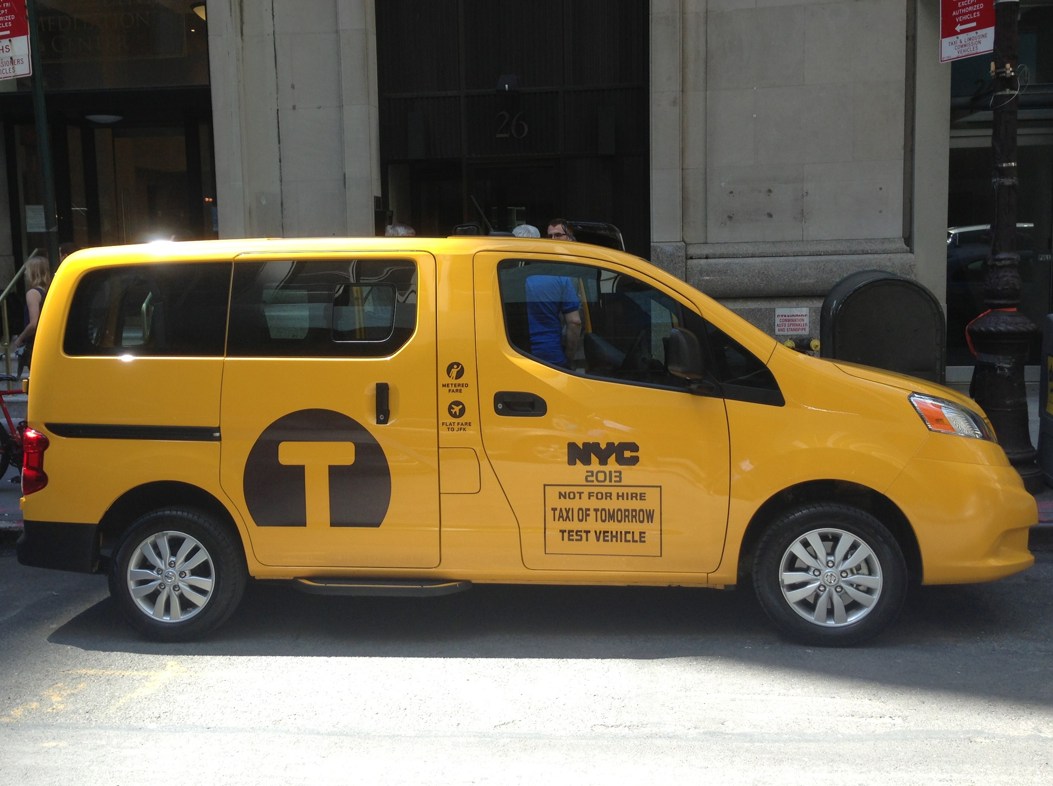 Back in October the State Supreme Court ruled that Bloomberg’s “Taxi of Tomorrow” initiative could not go forward. 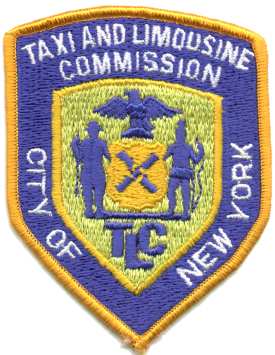 The Court said the Taxi and Limousine Commission “lacked the authority” to require the industry to purchase a uniform vehicle, the NISSAN NV200. But the economy of scale was unassailable.

This NISSAN was designed with the Cooper Hewitt Design Museum, the SMART Design team, the Design for Public Trust http://www.designtrust.org/, the TLC itself and with NISSAN, after they won the open bid to develop a better functioning taxi cab for NYC. 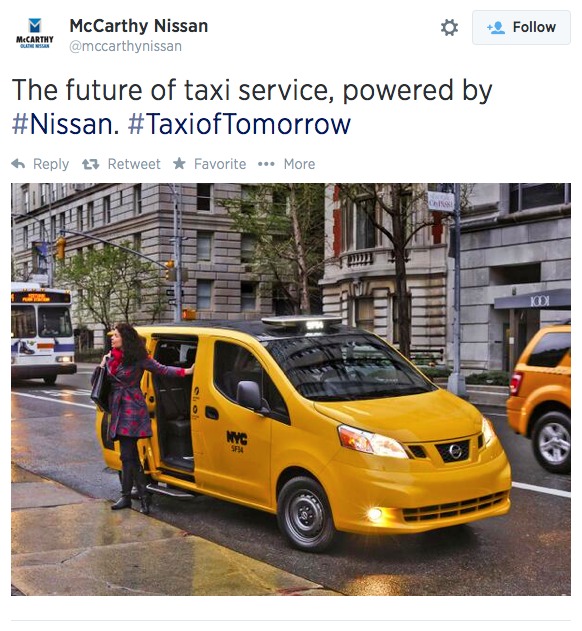 At the time I was skeptical but the great design has won me over. The United Spinal Association sued the city and the final version is wheelchair accessible, too, just as it should be. 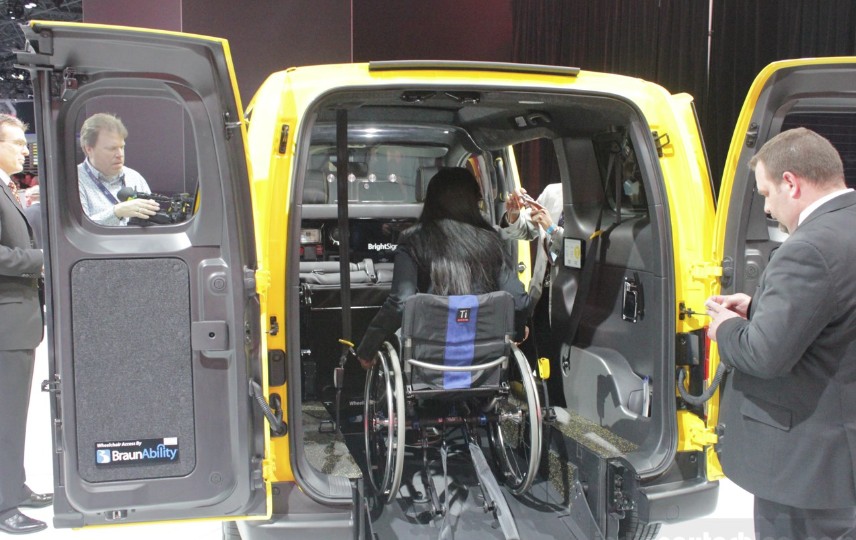 All specifications exceed the
Americans with Disabilities Act regulations.

It also features sliding doors that won’t open into traffic, better legroom, a panoramic glass roof for oogling our famous skyline, a specific place for luggage, bags and packages, passenger heat and air conditioning controls, USB ports, germ-fighting interior materials, an intercom to the driver, even private GPS in case you wonder where you are. 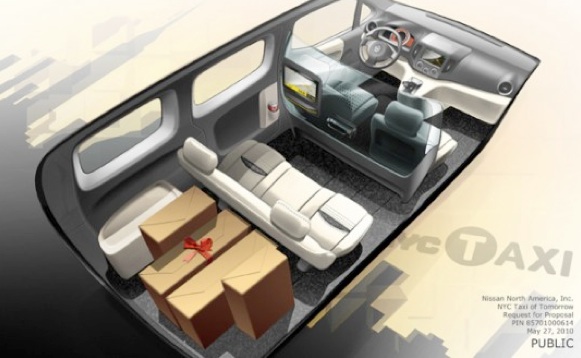 London is already onboard with this new car and hybrid/electric versions are in the works.

And last week the State Appeals court overturned the objection.

This new car is poised to roll. 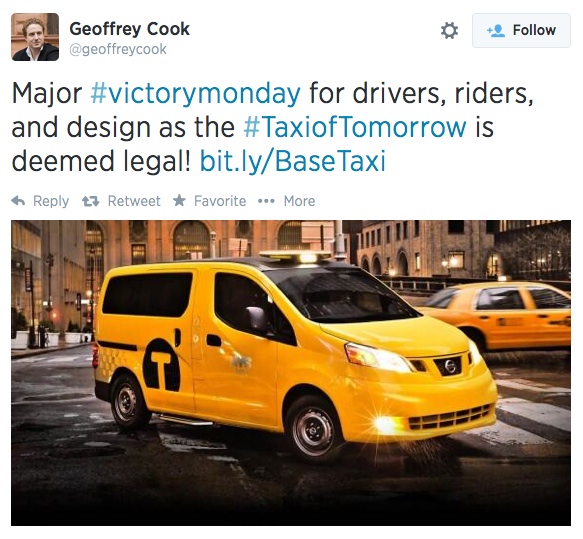 So why did the Mayor try to block this cab for New Yorkers and our tourists?

Because the fleet bosses resent being forced to buy it. 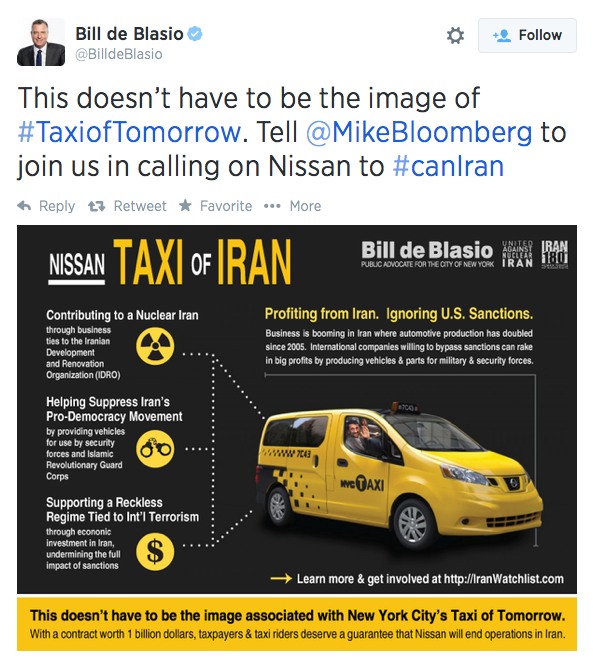 Bloomberg is independently wealthy and cannot be bought. 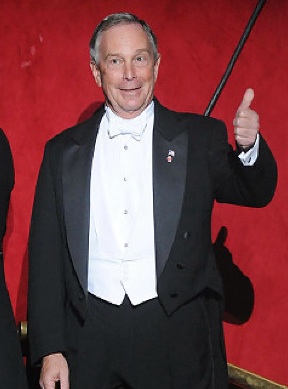 According to the NYPost: