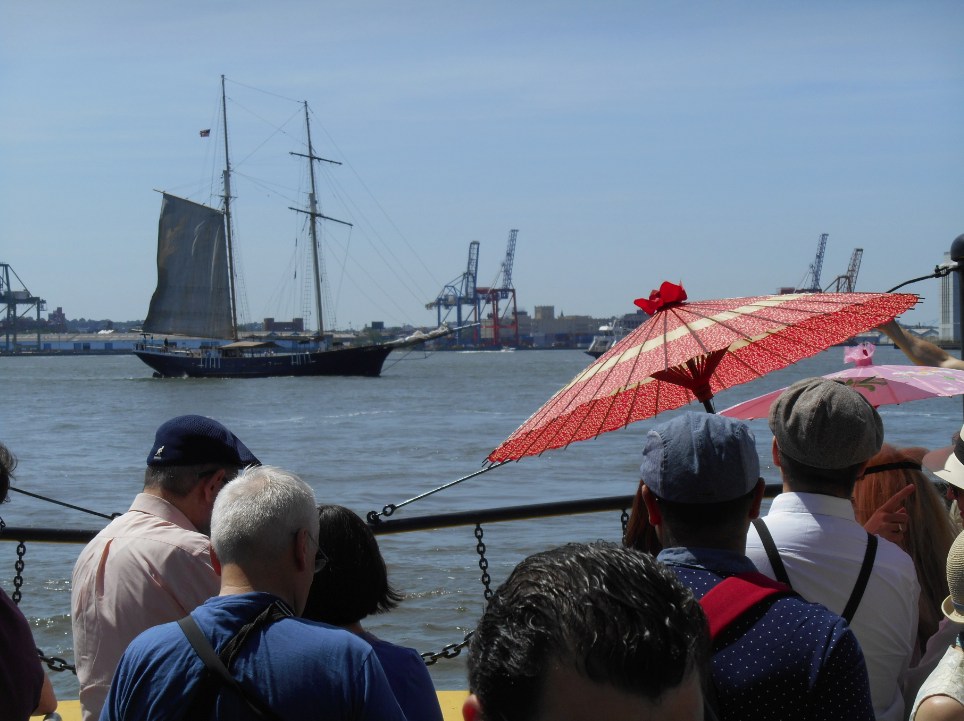 At the peak of prohibition in 1927, Al Capone was earning almost $60 million a year--and almost all of it from beer. 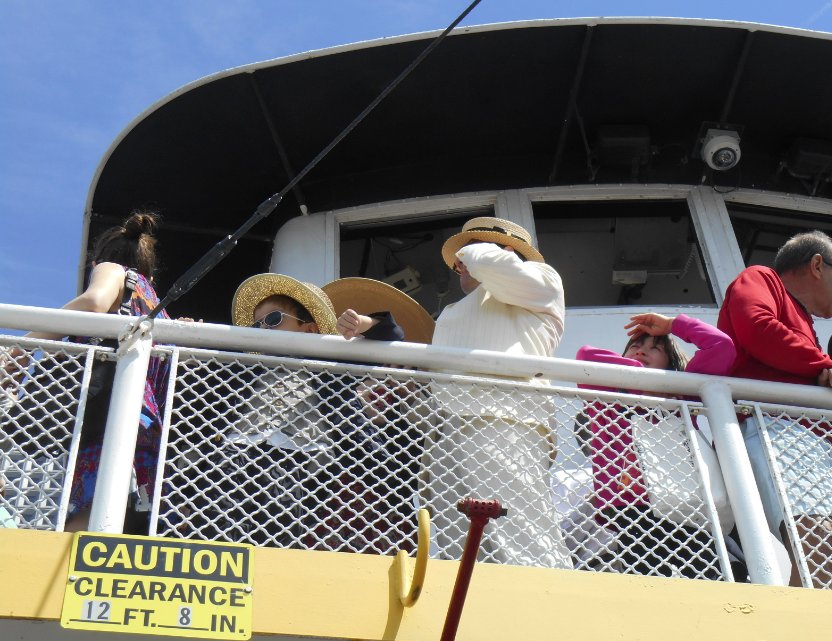 He controlled the sale of illegal alcohol to over 10,000 speakeasies and all distribution from Canada to Florida. 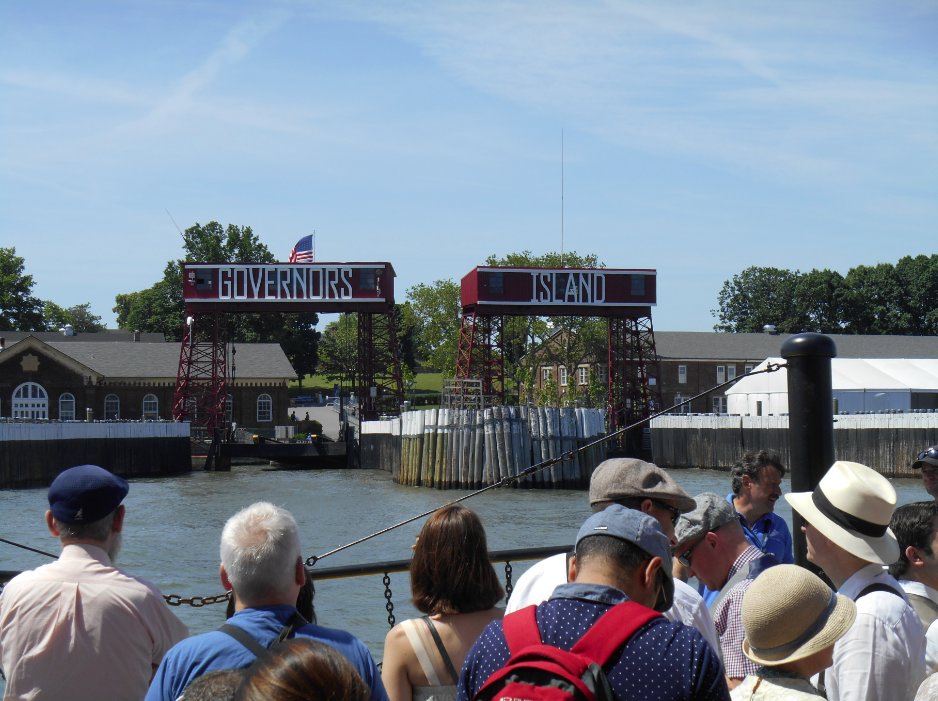 The stock market crashed and with it the devil-may-care
Roaring 20‘s mentality. 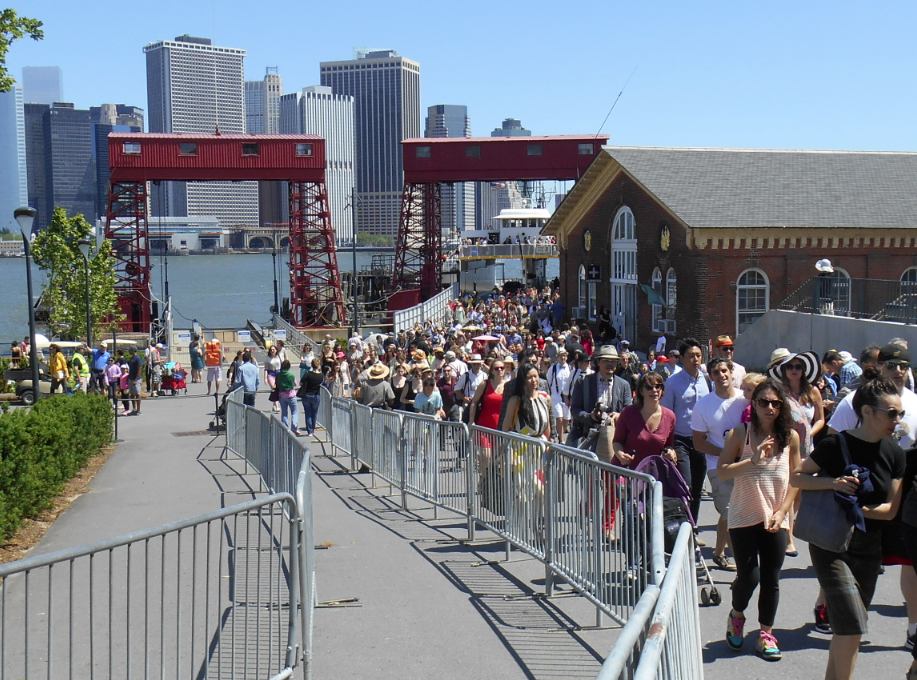 But not on Governor’s Island,
not while Michael Arenella is on the bandstand. 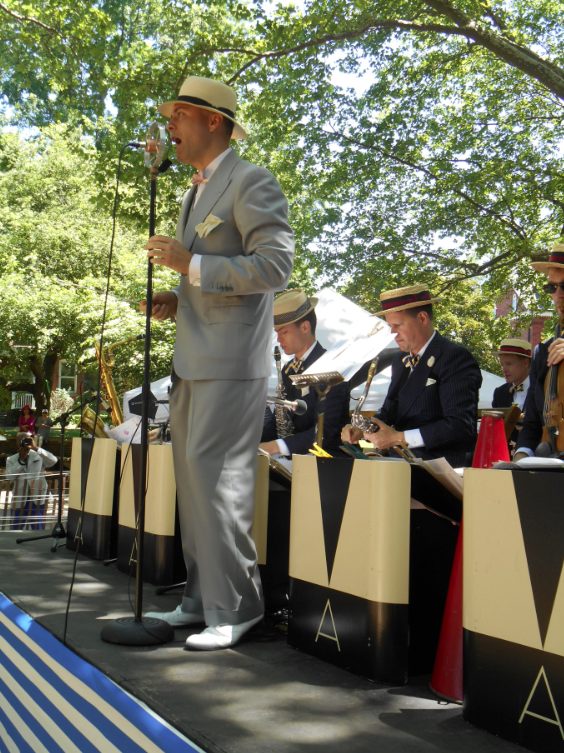 And thus, the Jazz Age Lawn Party was born! 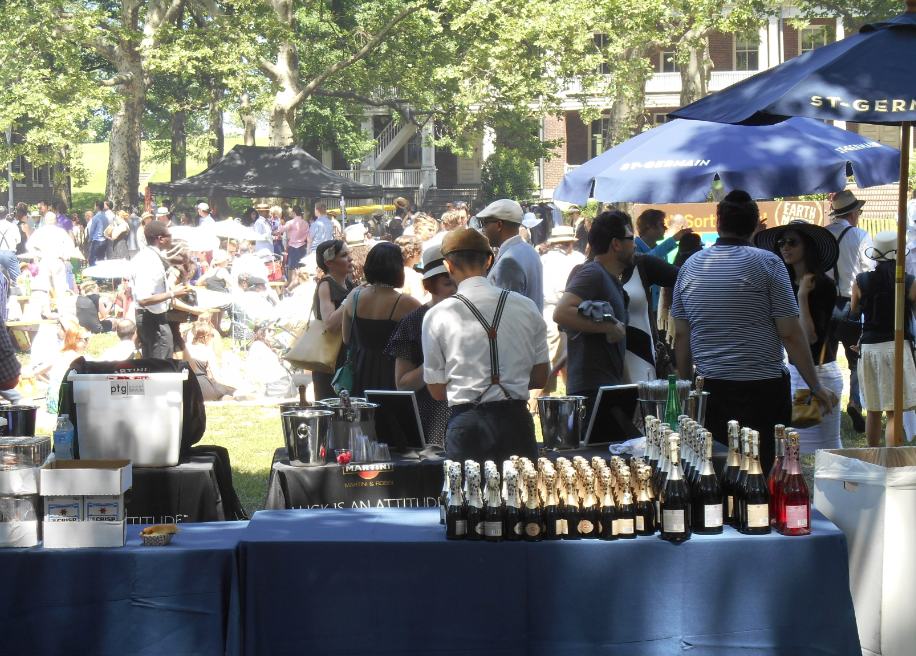 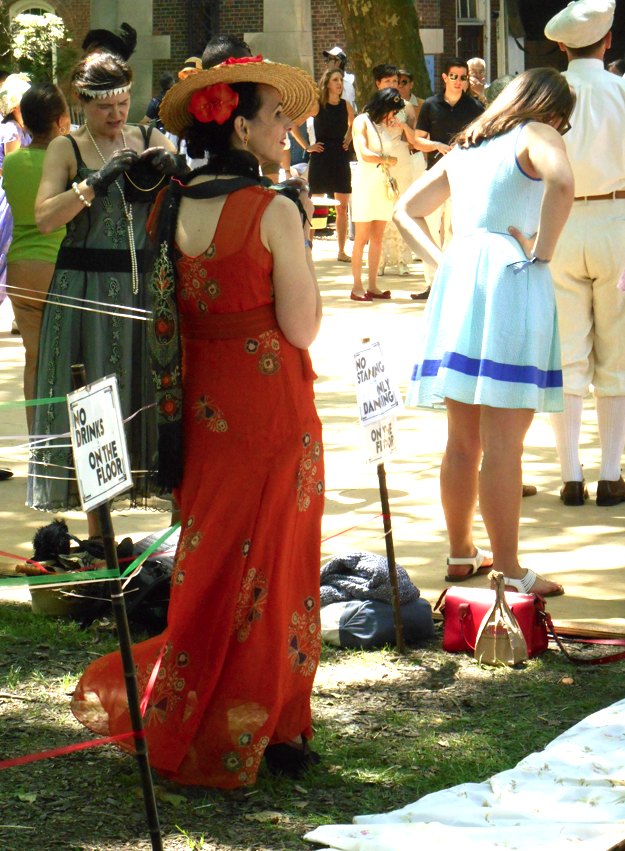 Cited by the New York Times as the most memorable event of 2011-12, dressed up New Yorker’s in vintage clothing pretend they are wealthy socialites while watching flappers and their fops out on the dance floor. 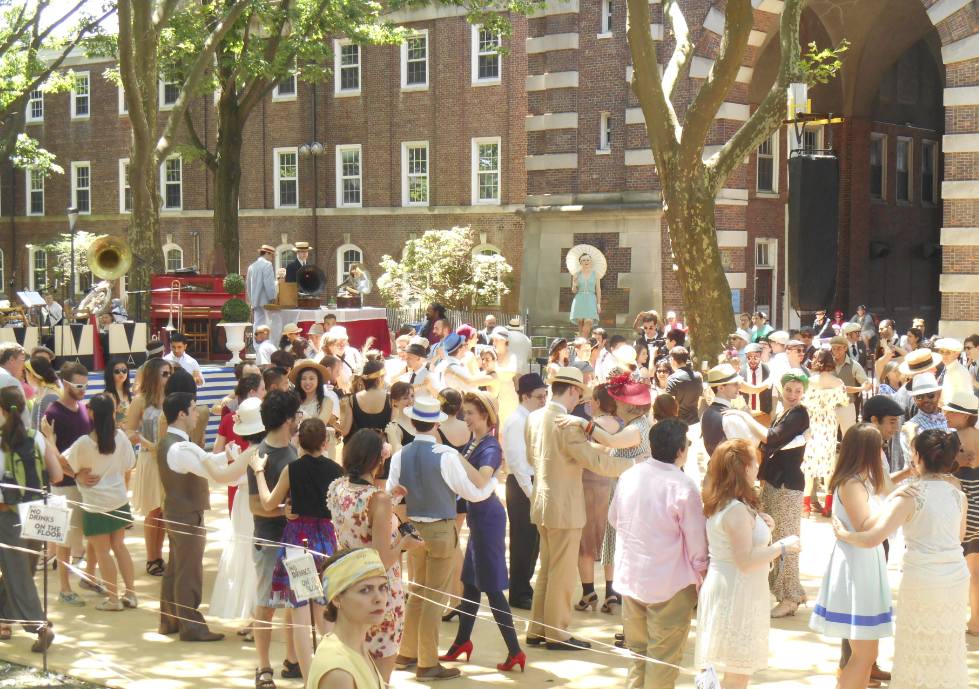 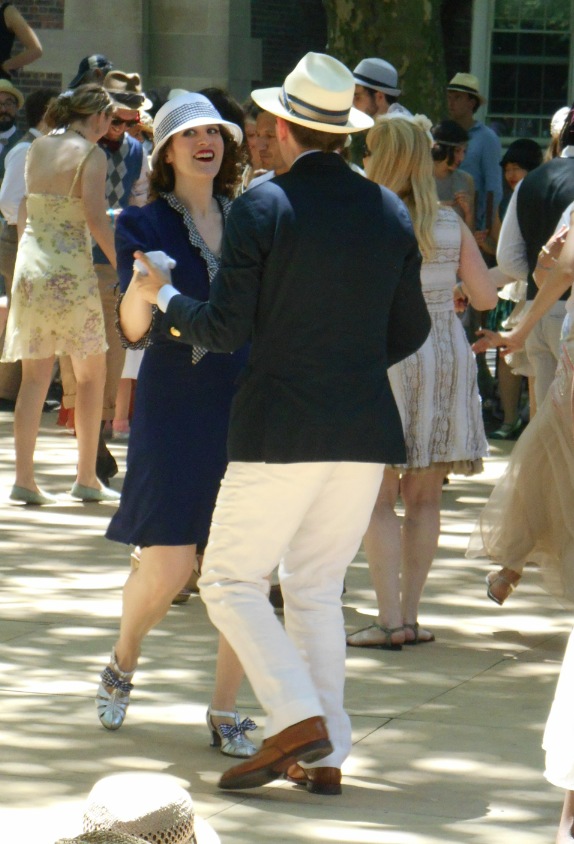 This is Arenella’s brainchild and he leads his Dreamland Orchestra with period authenticity. 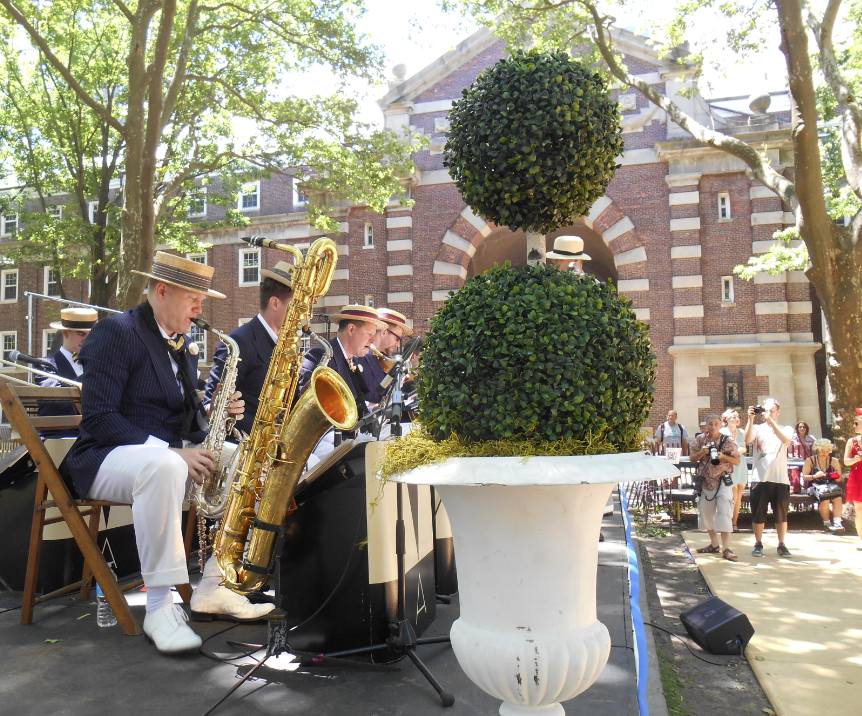 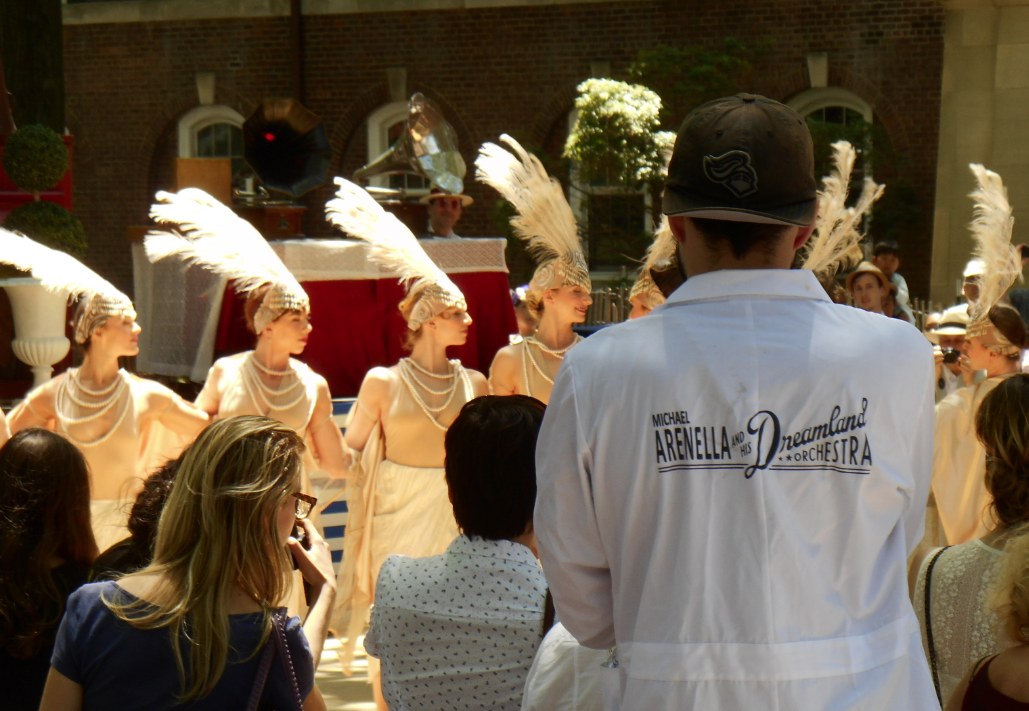 He handscribes all the music arrangements from period 78 rpm records. 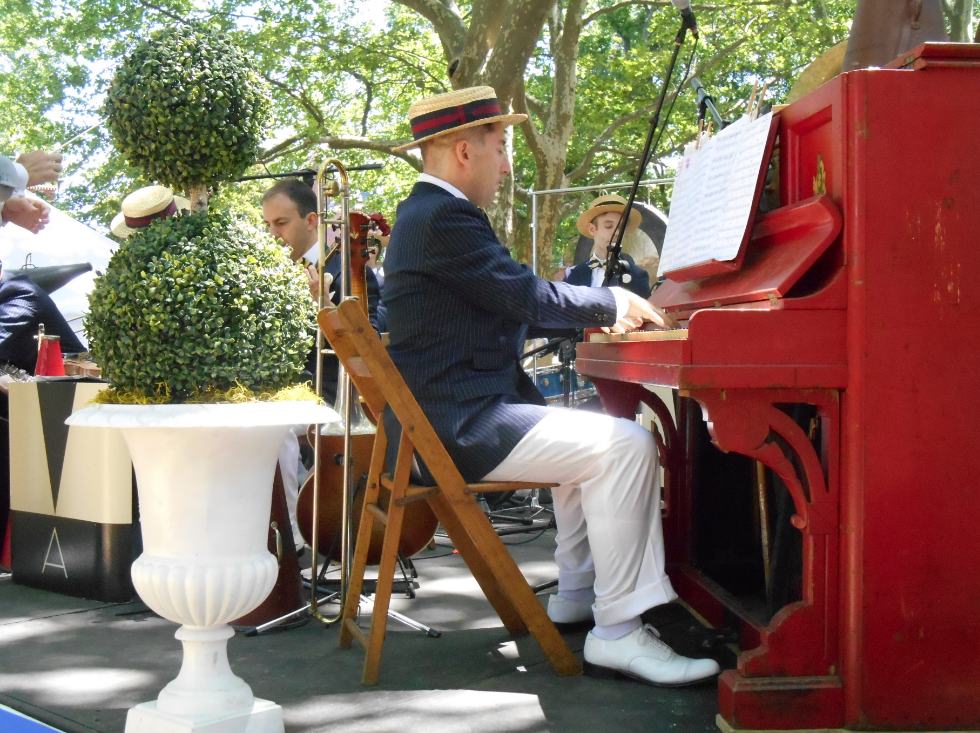 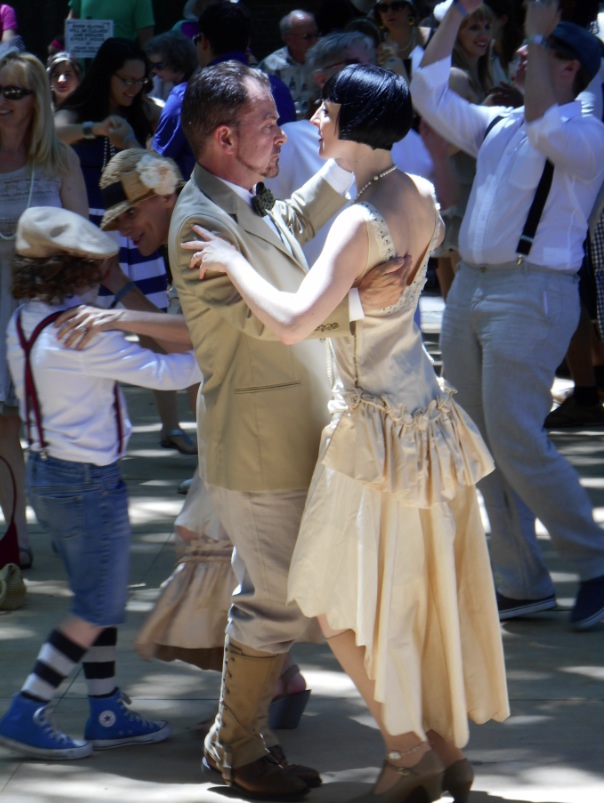 Between sets, Victrola’s are DJ’d with Charleston lessons and Fox-Trot contests. 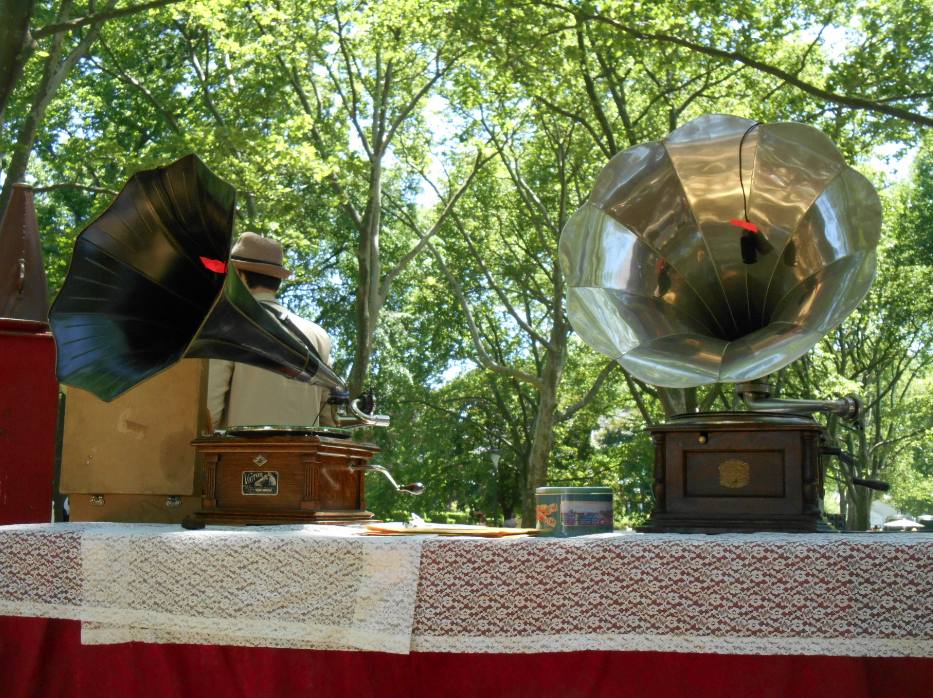 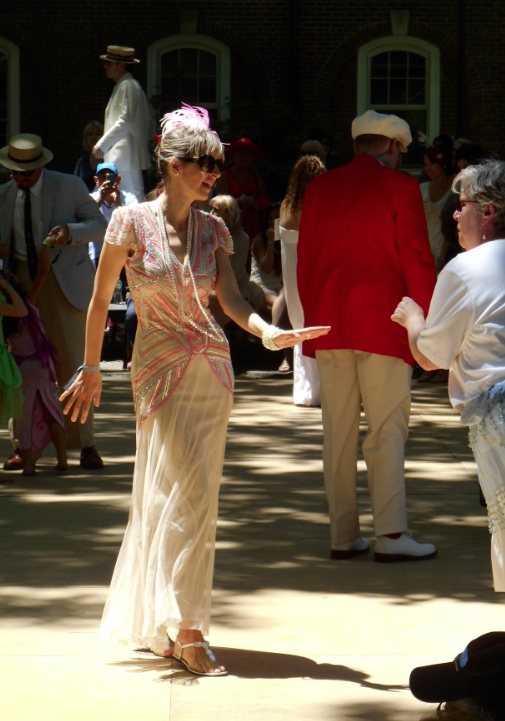 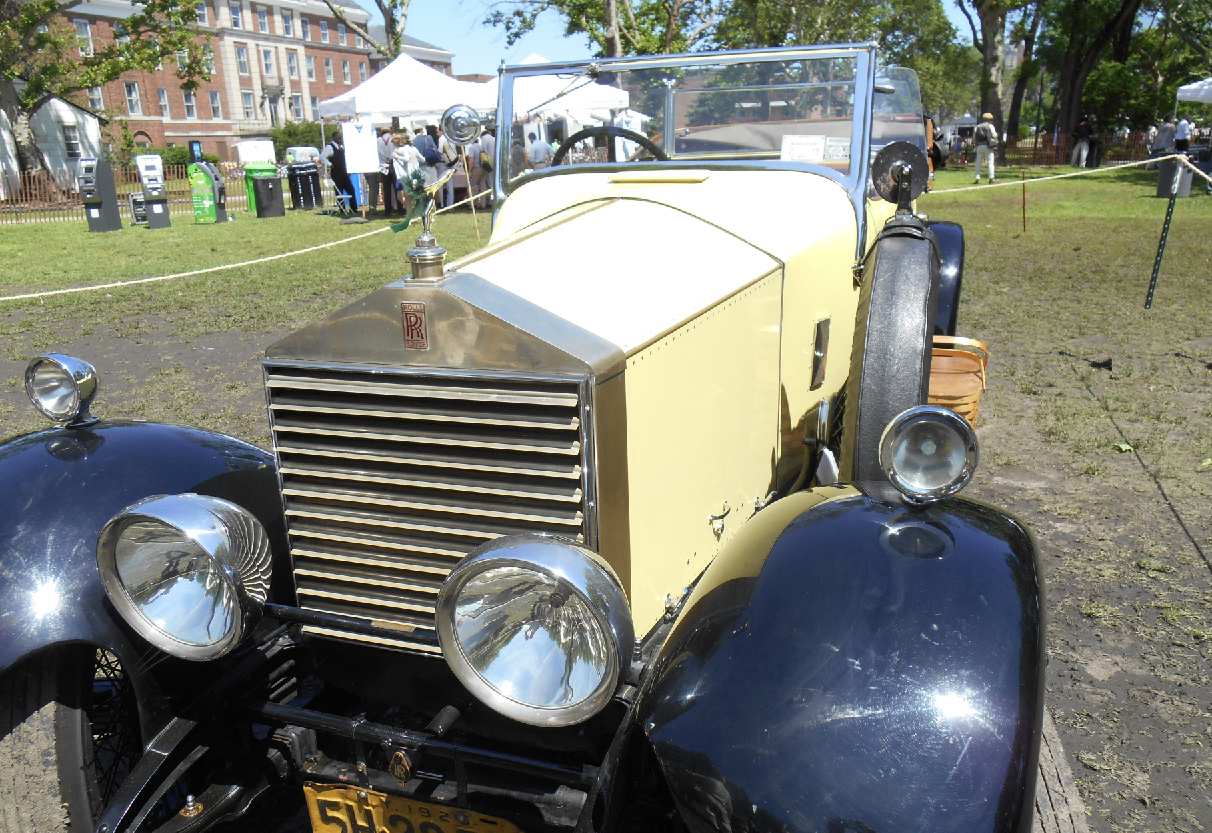 Everything is the cat’s meow from the elegant cars and dancing shows, to the drinks and the catered “Retro Noveau” food. 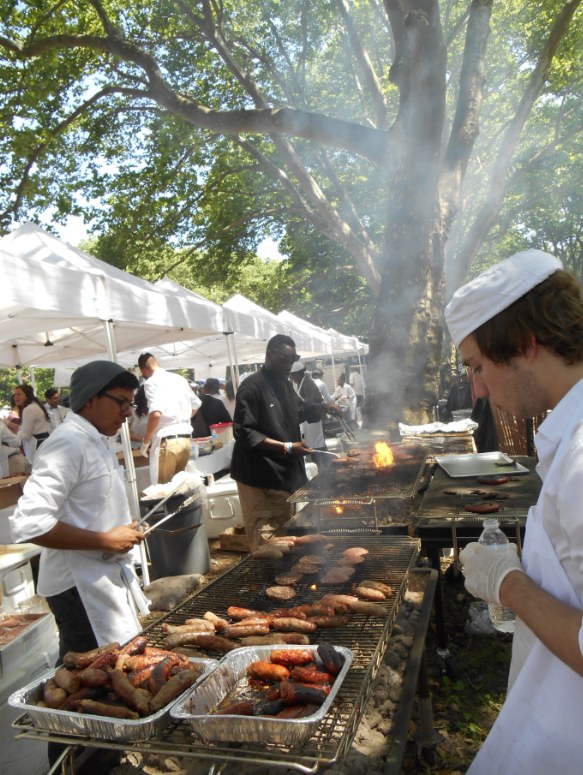 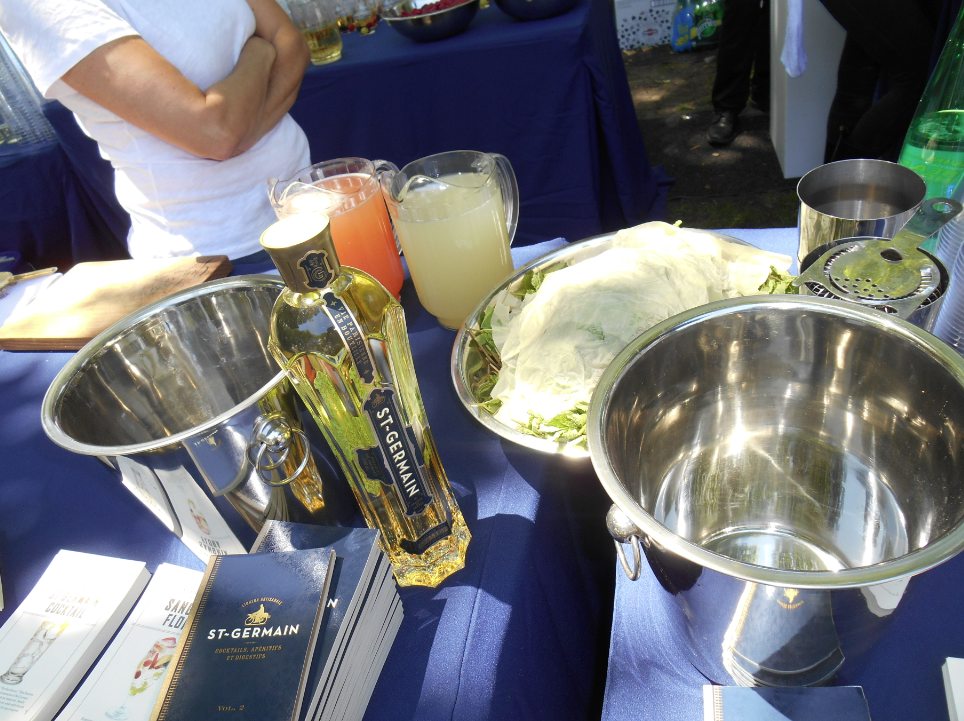 We ate Roast Beef and watercress,
with grilled squab on buttered toast! 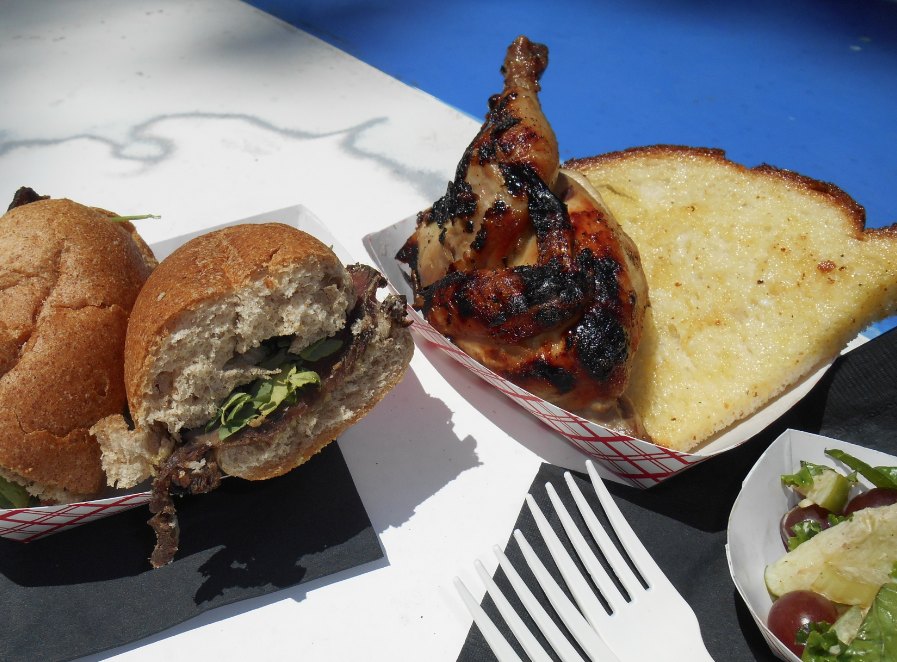 Everyone sets up on blankets on the midway and by afternoon when the shows begin, the long, triangular lot is packed. 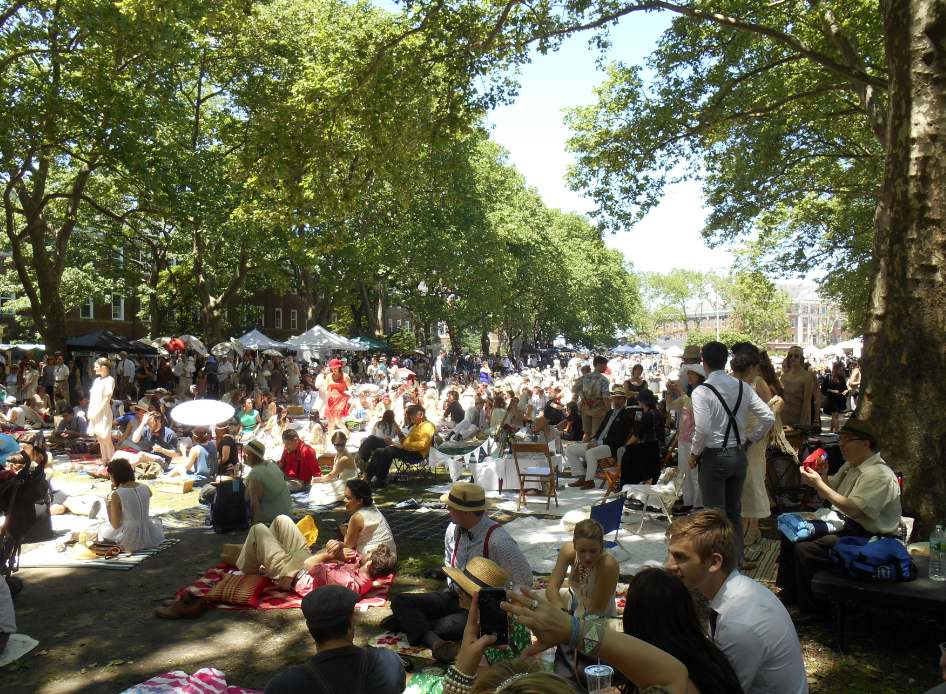 Just when you think all elegance is drained from modern living, there is this! 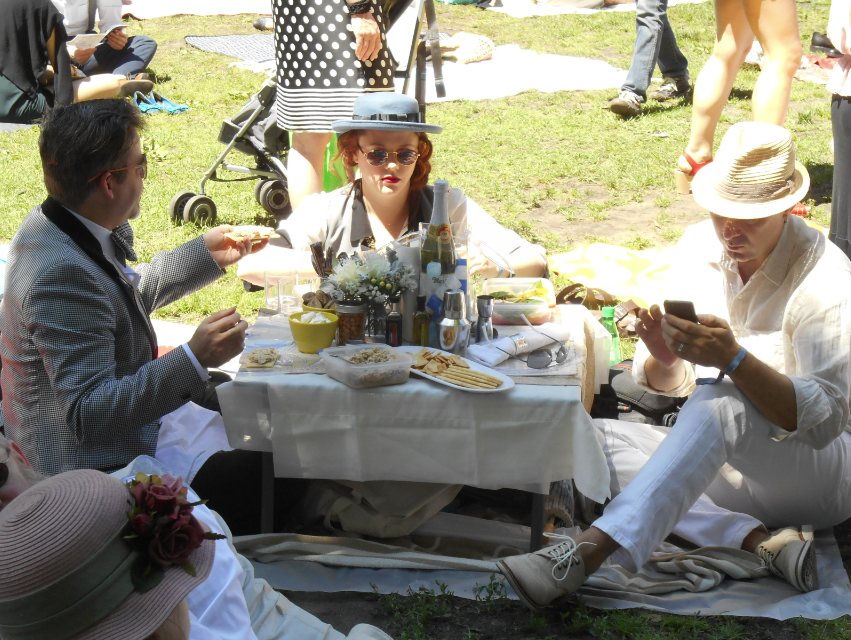 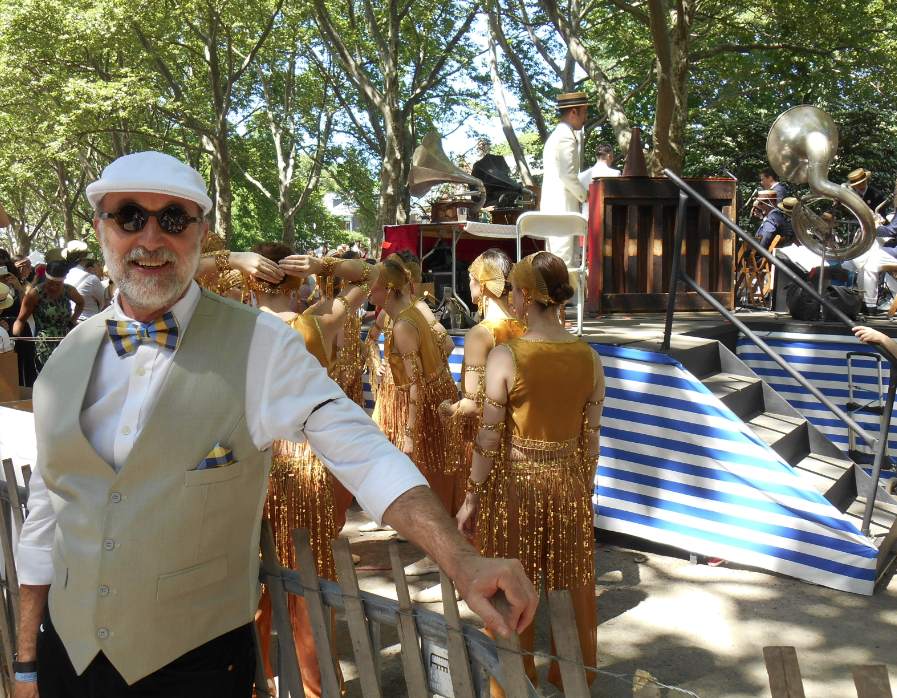 Most memorable Father’s Day ever, really, the Bee’s Knees! 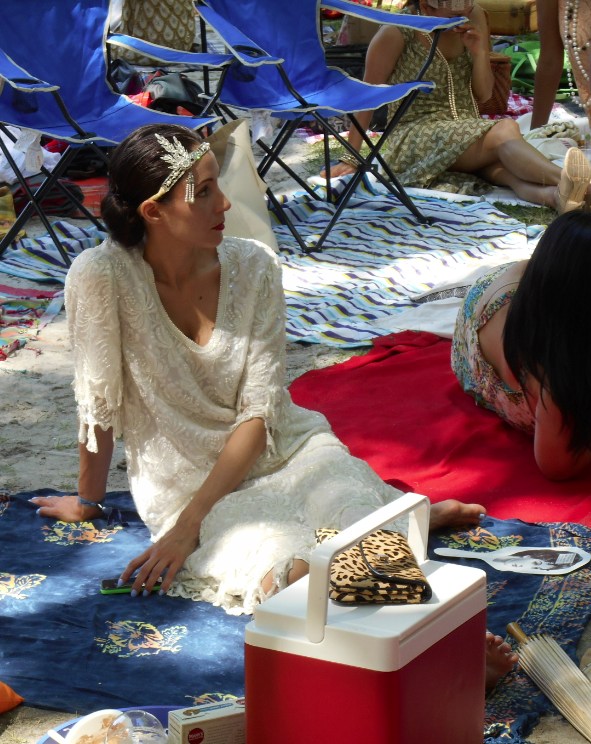 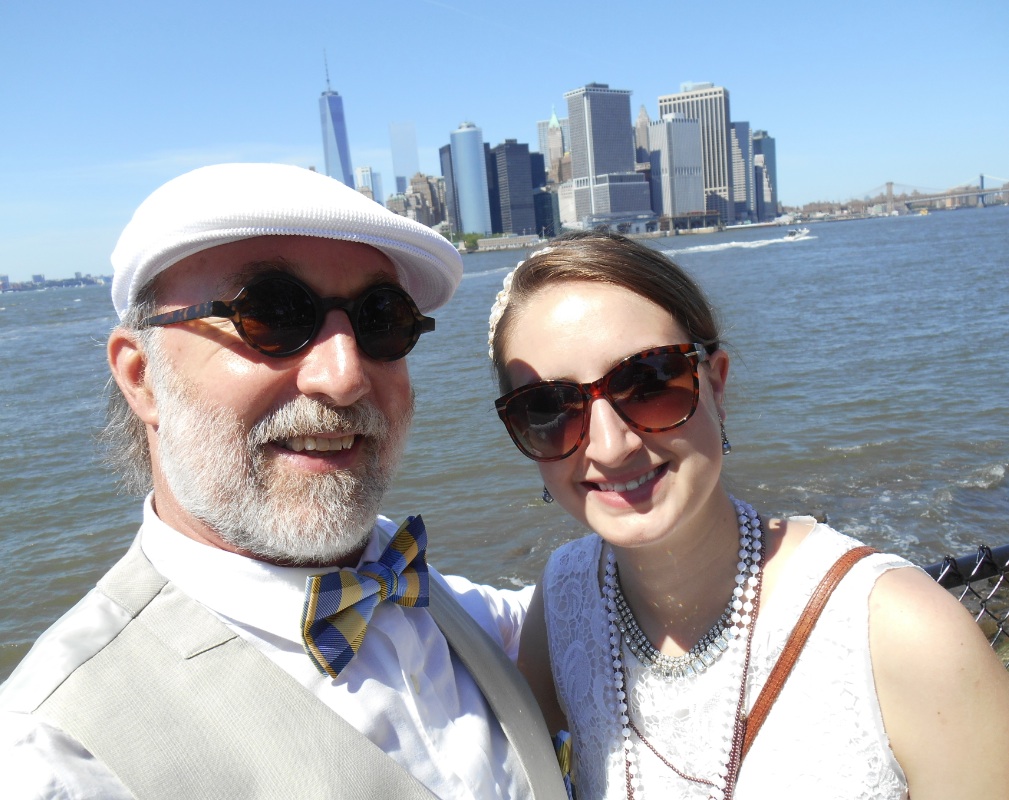