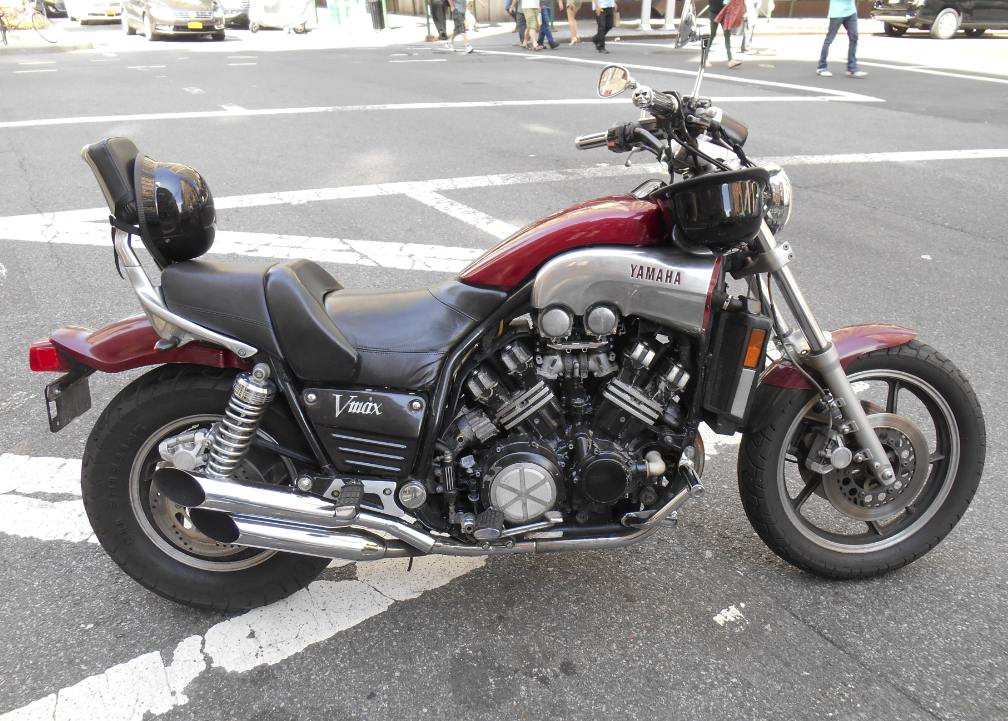 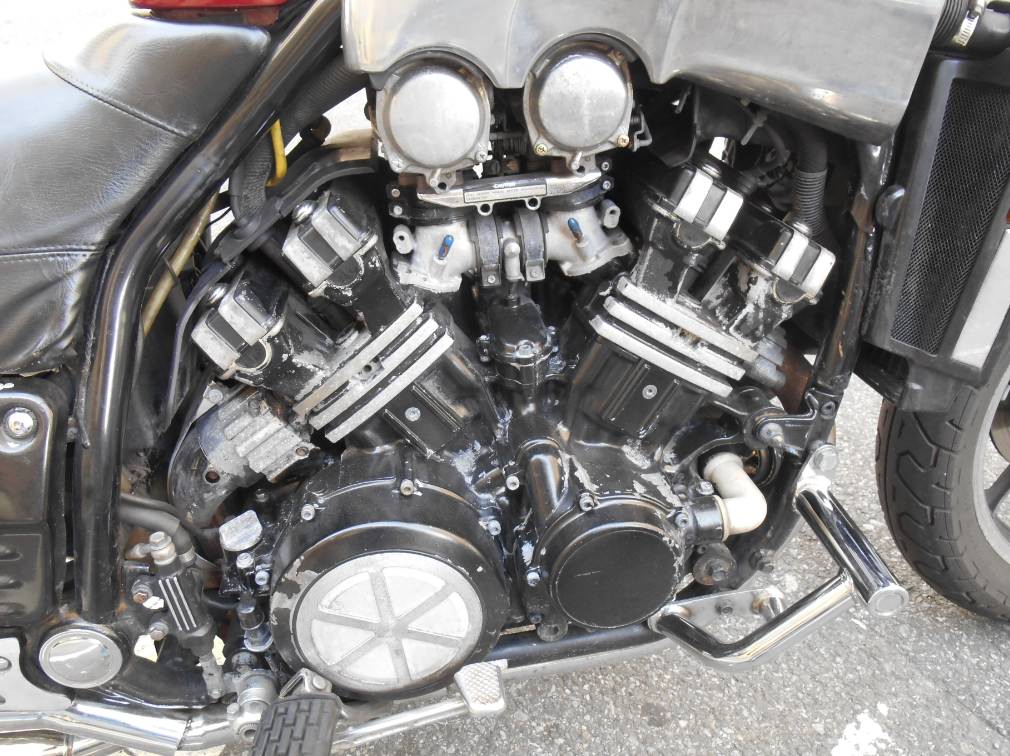 Bikers know this little Yamaha from 1985 was the hairy-chested monster of its day. 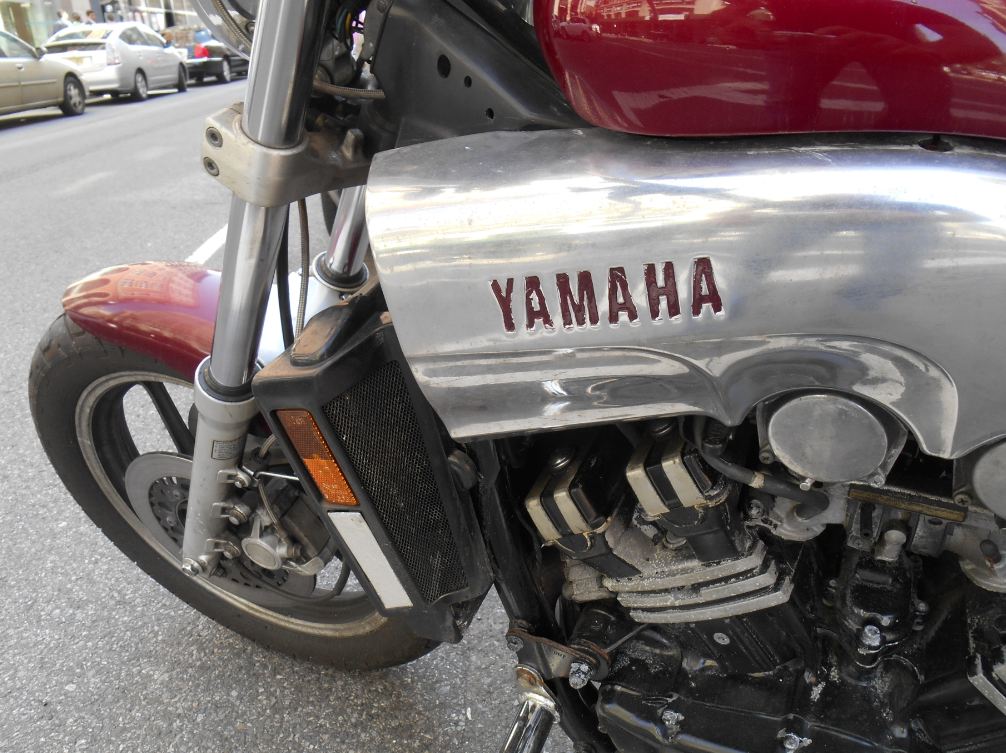 Still is.
I found this gently worn V-max parked on lower Broadway. 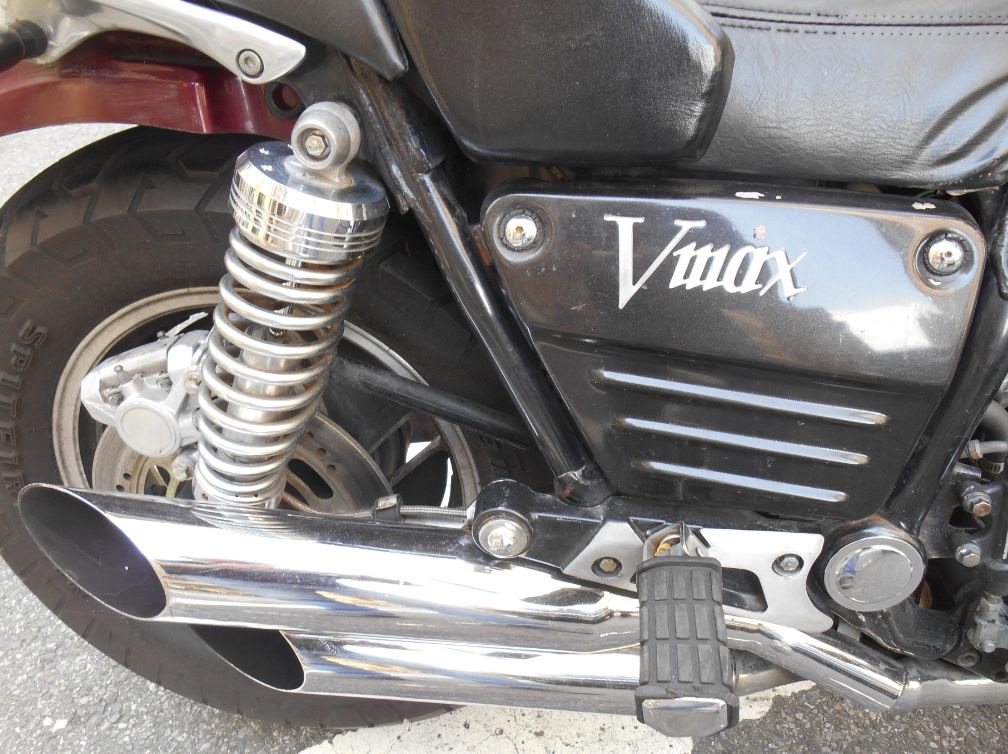 Designed as a dragster, the V-MAX straight-line handling was just okay, like riding an upright piano with jet engines strapped to its sides. 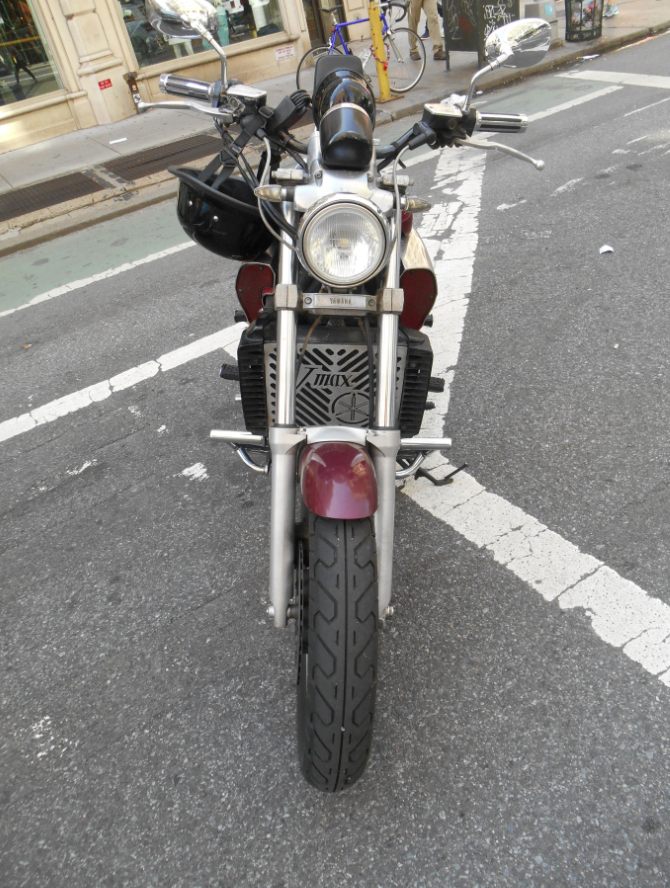 In the corners this bike had a tendency to drift and wallow, and you can actually see the rear tire has squared off from modest cornering. 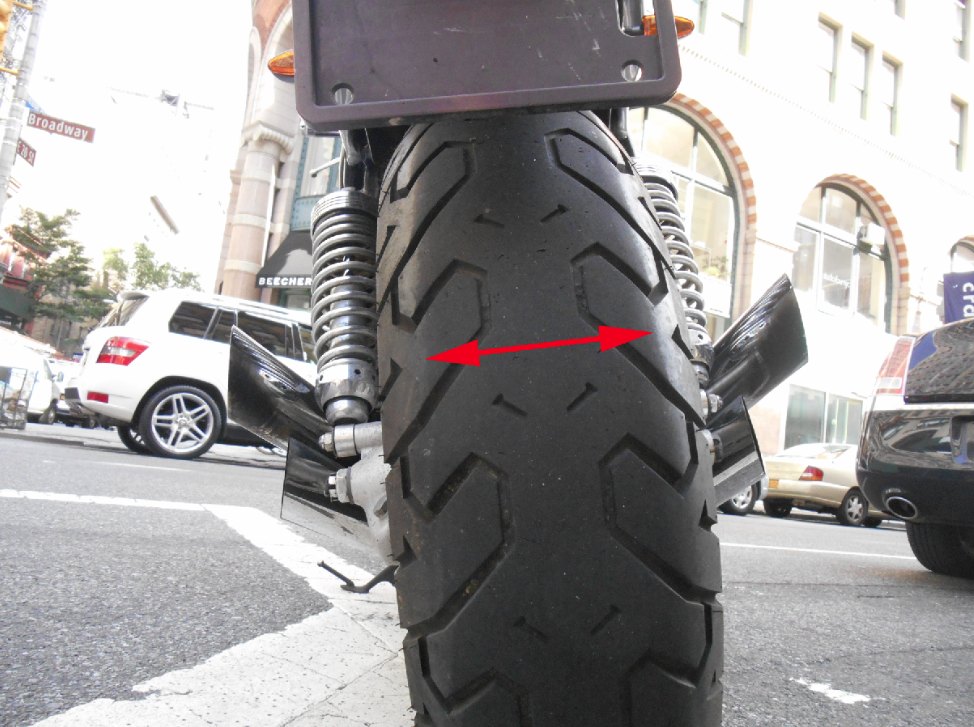 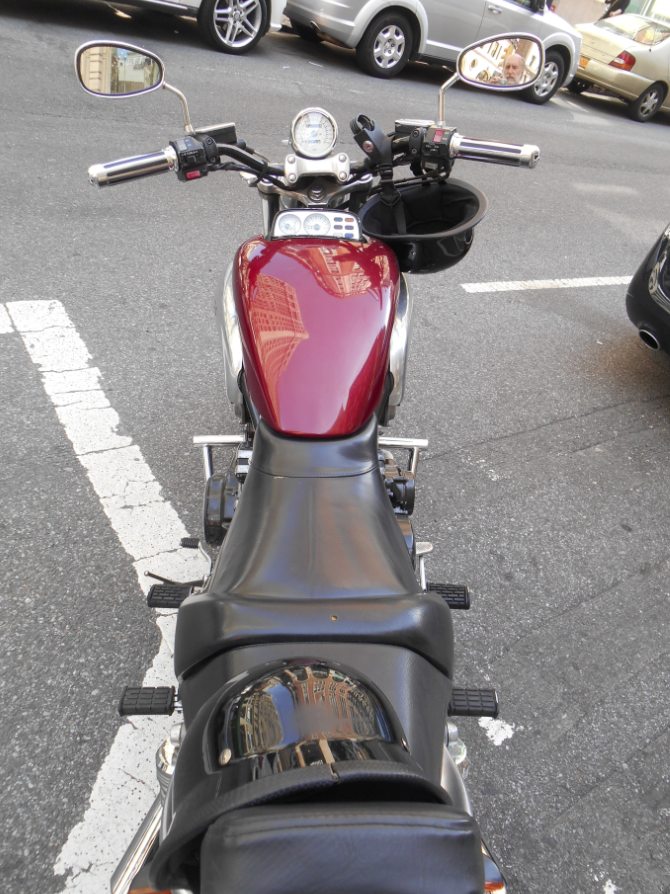 A huge 1200 cc engine, four cylinders, 16 valves (!) gives no pretense: this scoot is ruggedly bolted together and all about getting there first. 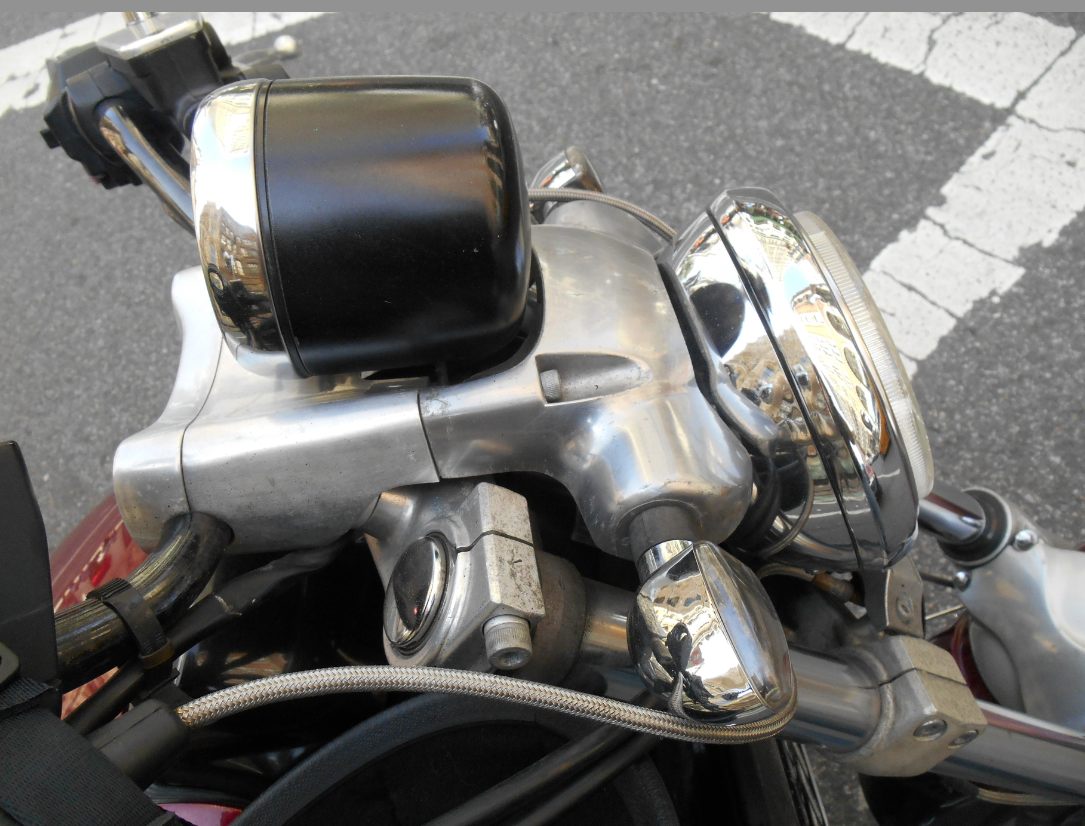 Yamaha used disc brakes front and rear-- two upfront in fact-- in the false hope of keeping this insanity under some control. 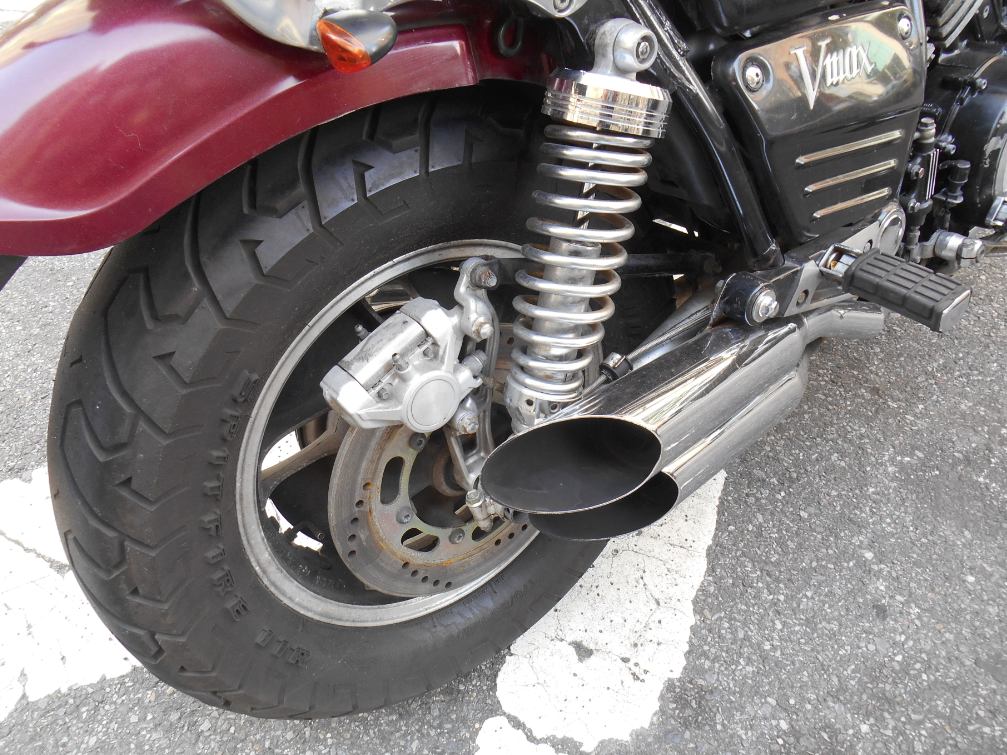 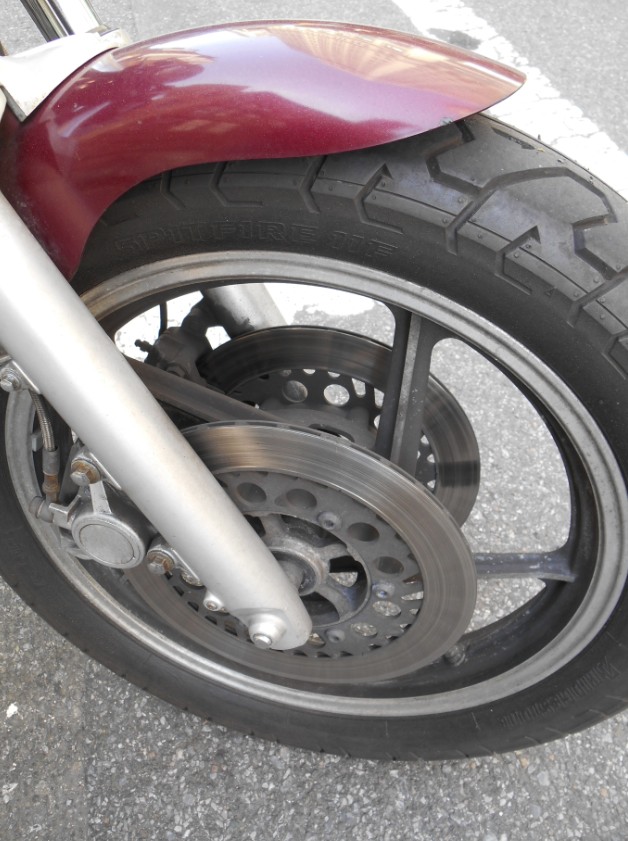 But whack open the throttle on this machine and you’ll see why the designers built a backstop into the seat, and used a passenger backrest as stock equipment. 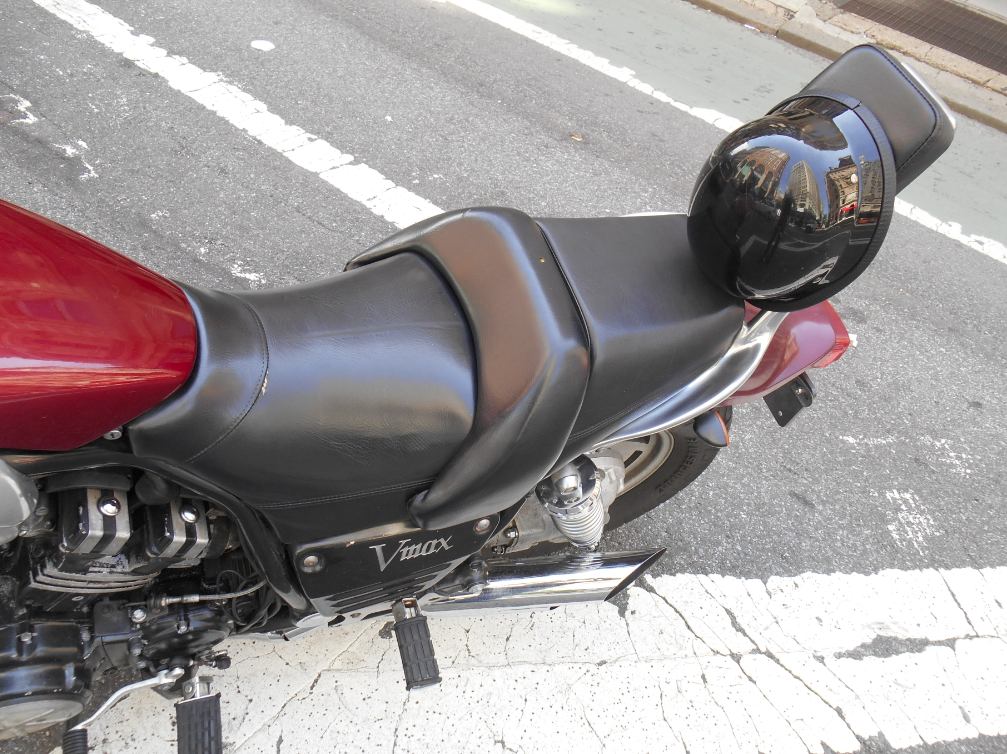 It jammed 143 horsepower to the rear wheel with a shaft-drive, unlike conventional chain-driven superbikes. 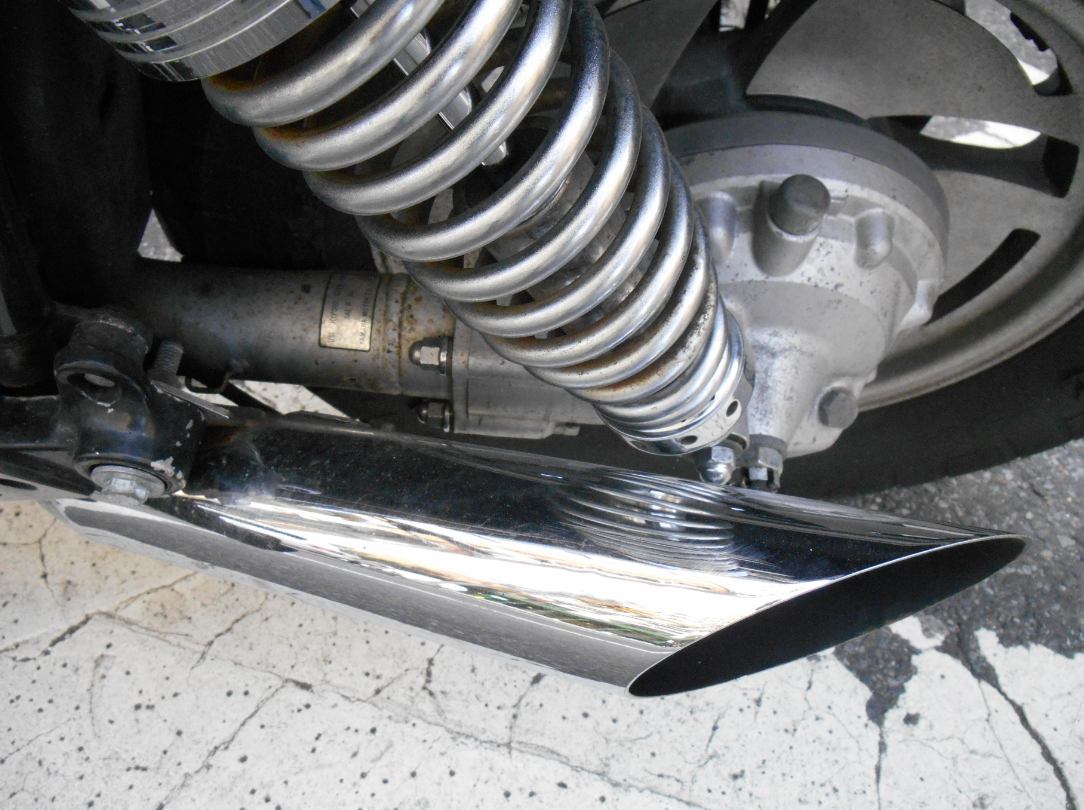 The air scoops were fake.
They hid the horns. 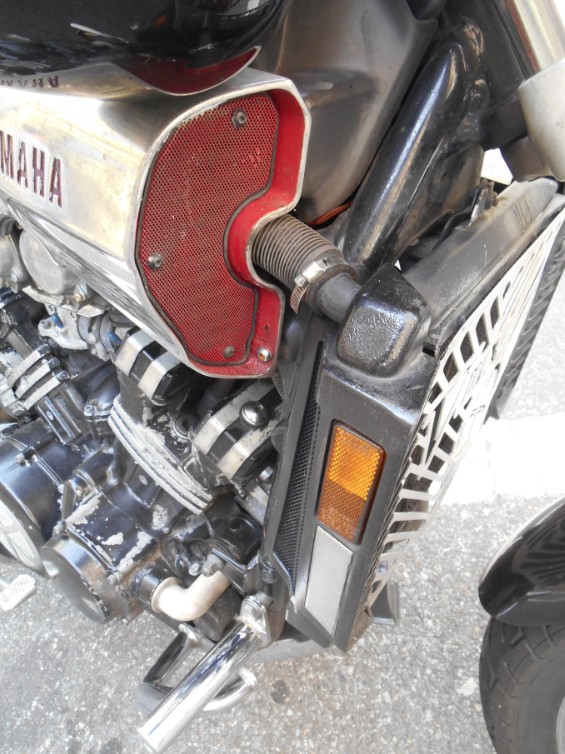 The gas was actually under the seat to lower the center of gravity, so the gastank was fake, too.

A keyed entry flipped it up for hidden storage. 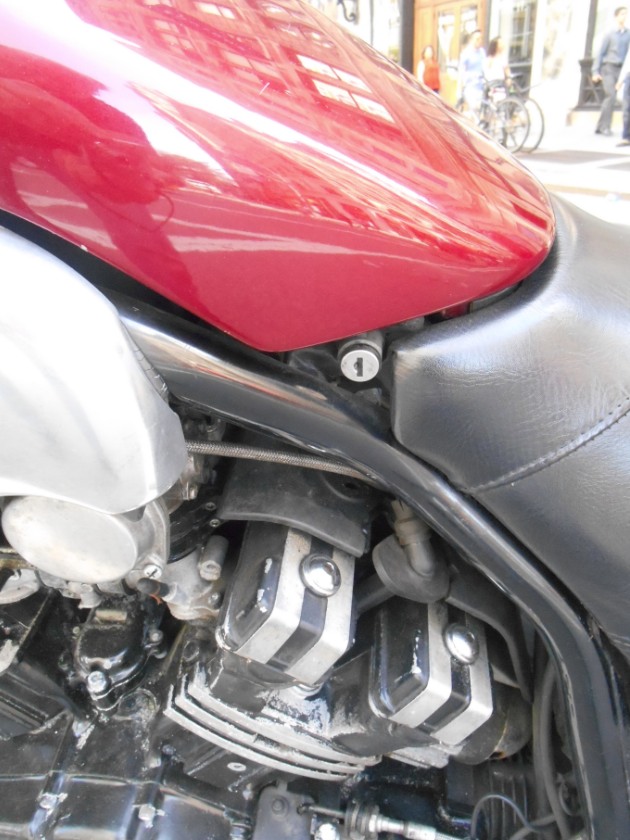 My old Beemer was the high-speed, gentleman’s express. 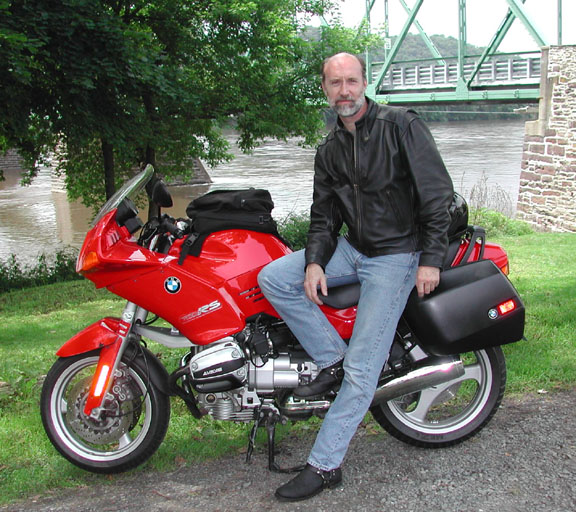 The Yamaha V-max is god Thor’s, blunted war machine.
Here he is kicking Ducati’s effete ass at about 1:12 in: