It sprouted in our kitchen fruitbowl. Back in Spring 2013.

So I gave him to José to plant in his garden. 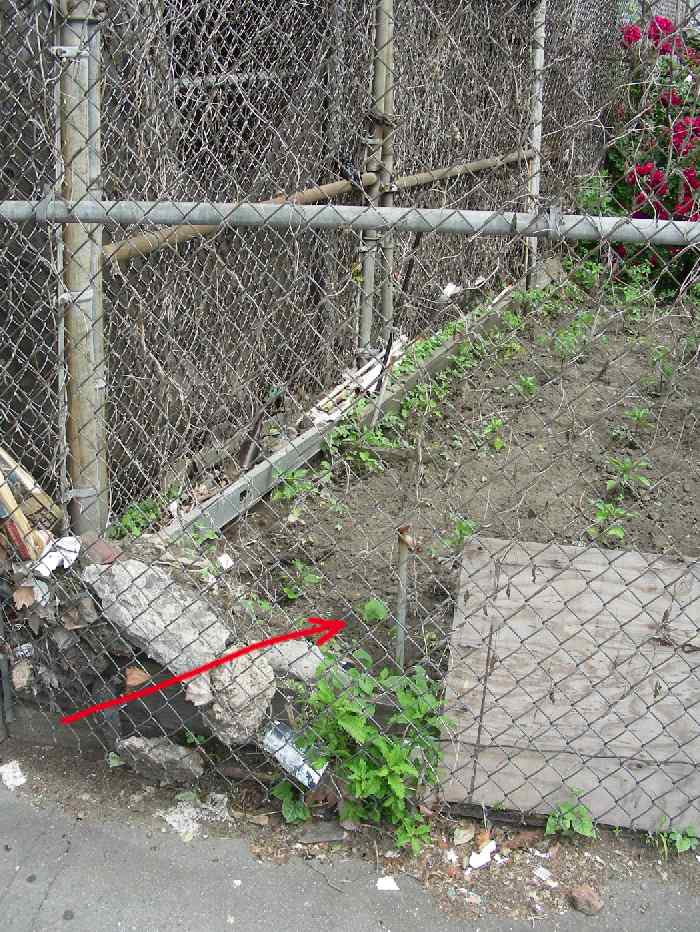 Here it is planted in early June. 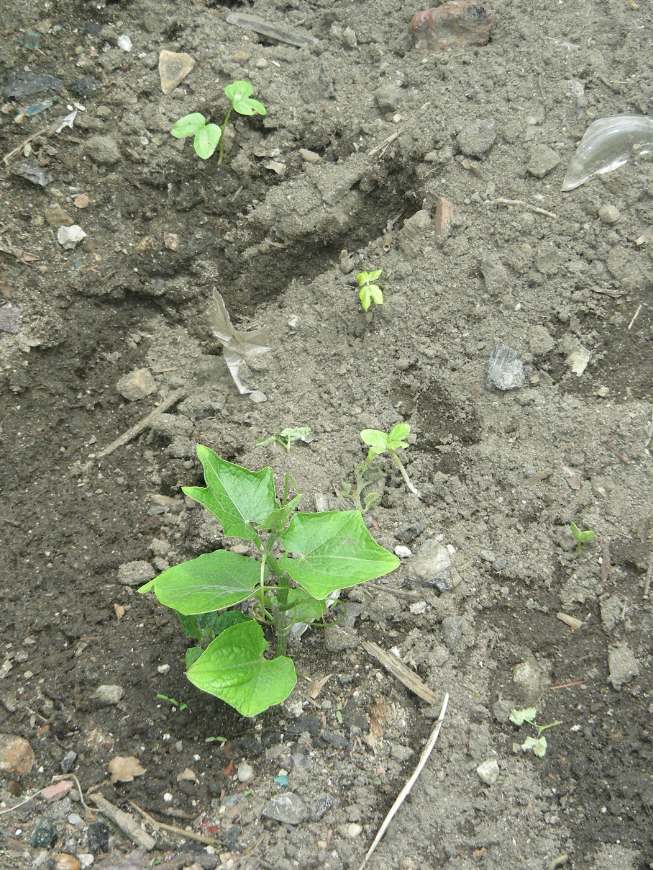 By June 19th José had staked him. 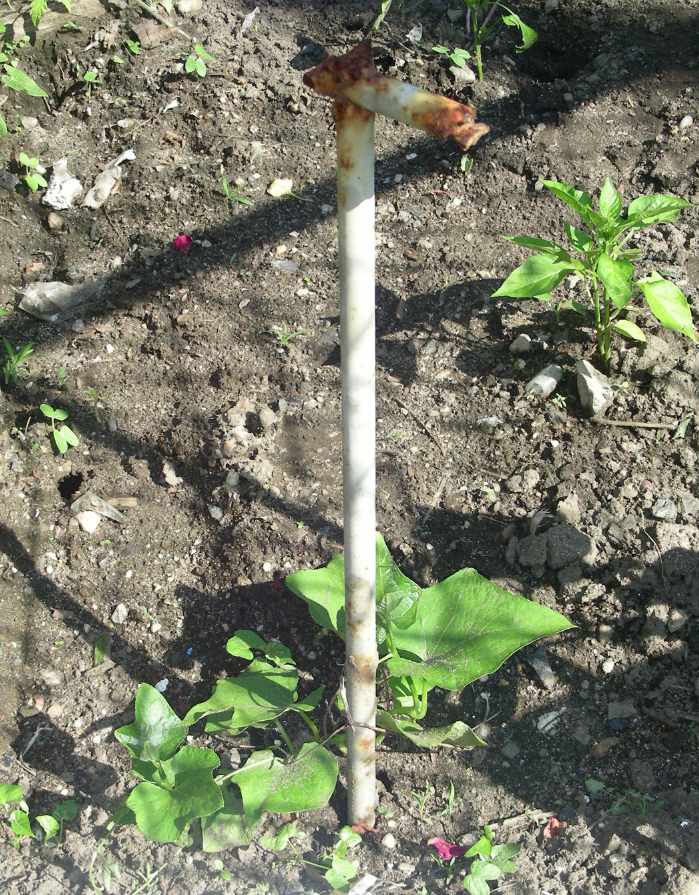 He was 2 feet high on Independence Day. 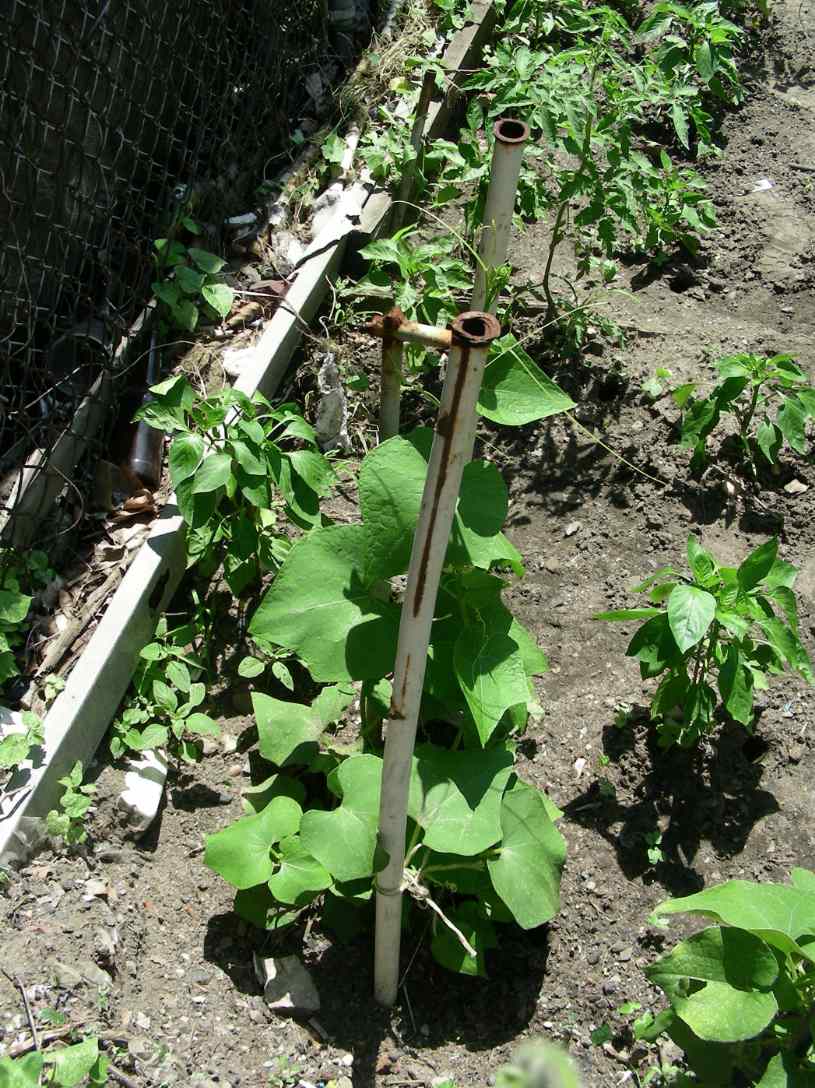 And by the end of July José had rigged a network of pipes and strings.

Were we to harvest more chayote fruit?! 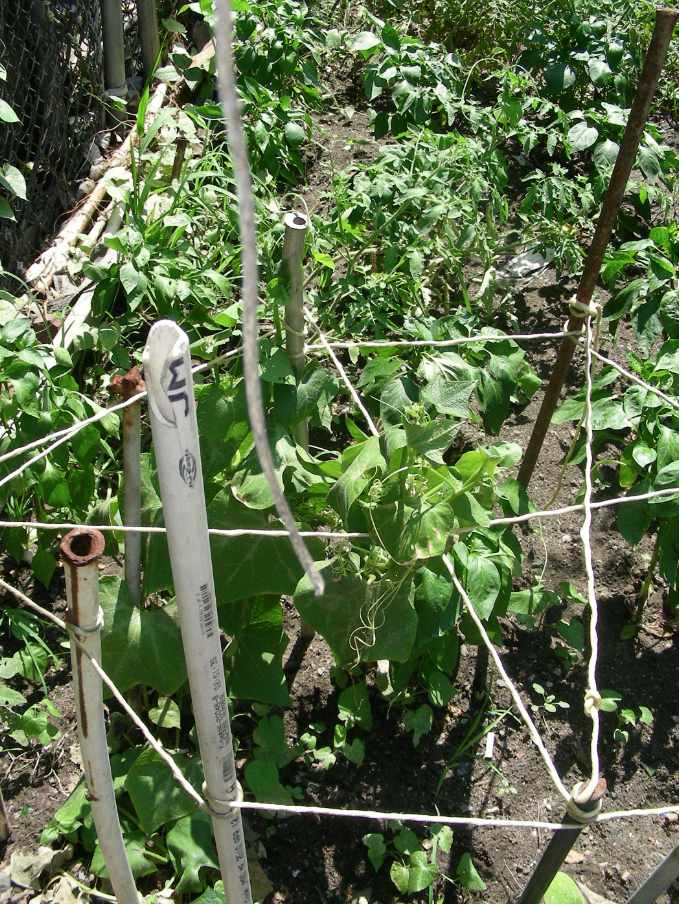 But by mid-August height gains had stalled.

He was putting out tendrils instead. 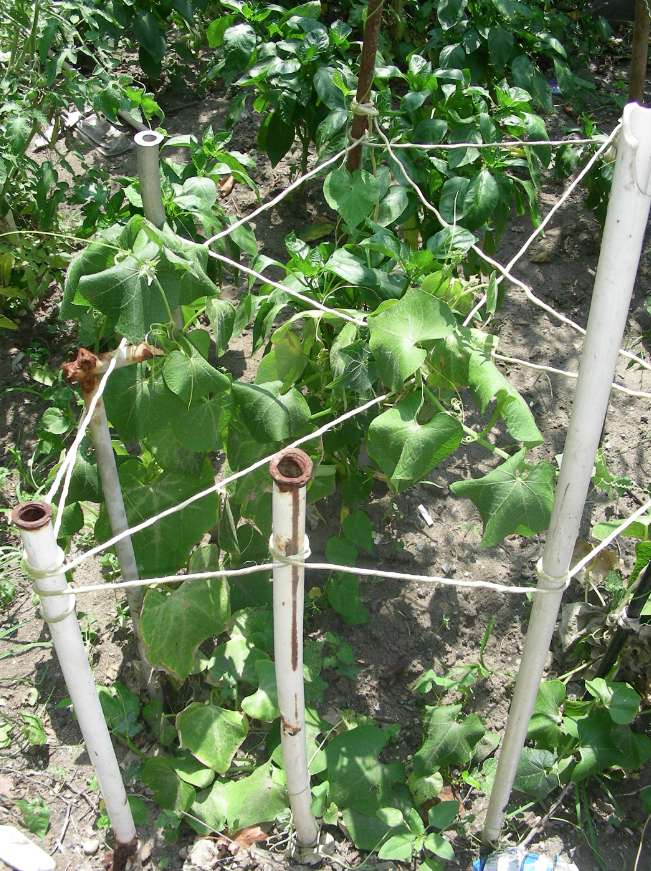 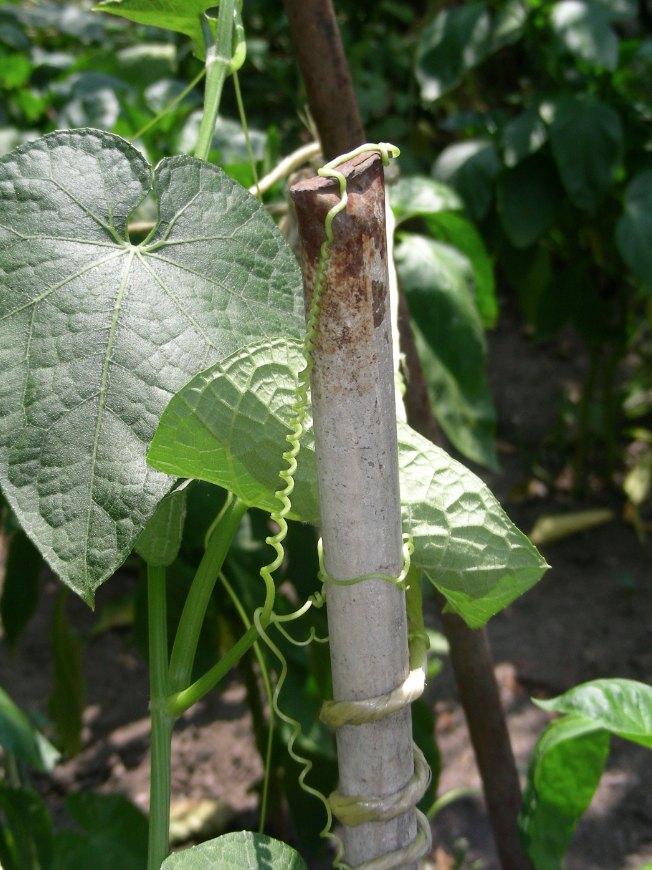 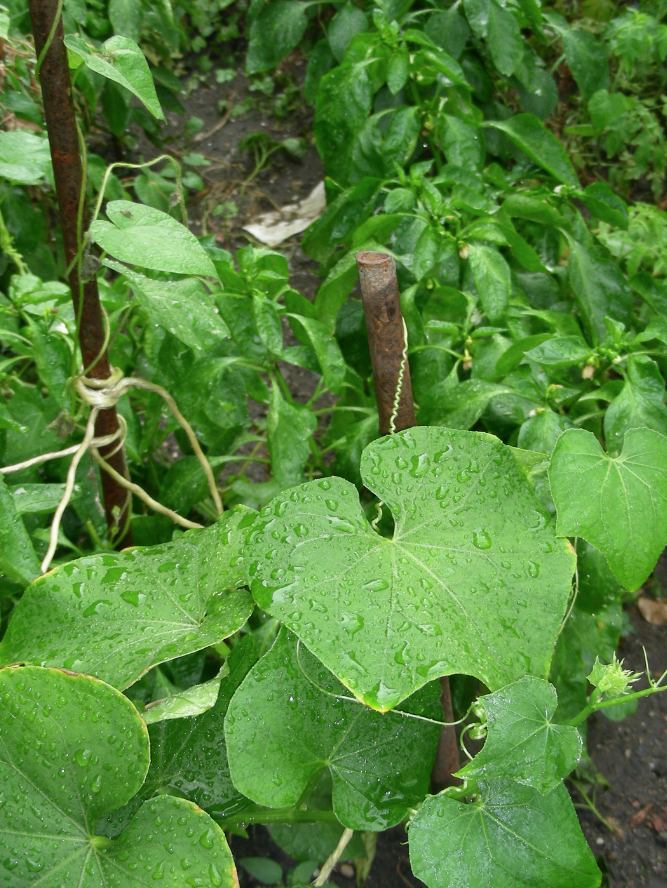 Alas. It seemed not to be.
By October 5 he was fading fast to autumn yellow. 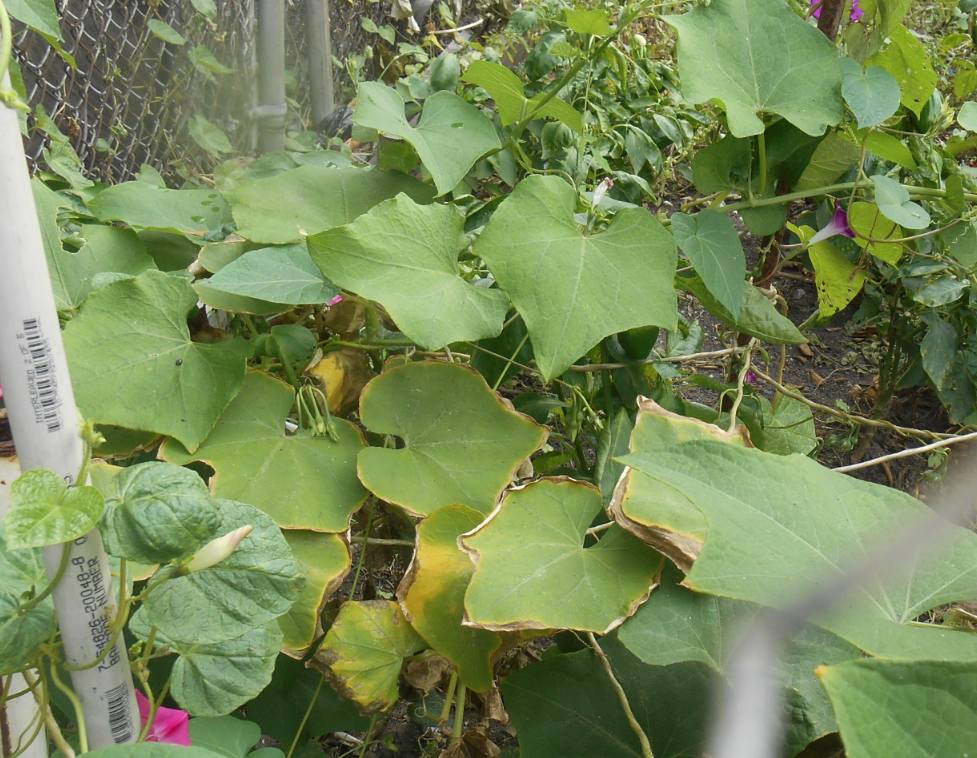 By November 17th, he appeared completely done for the season. 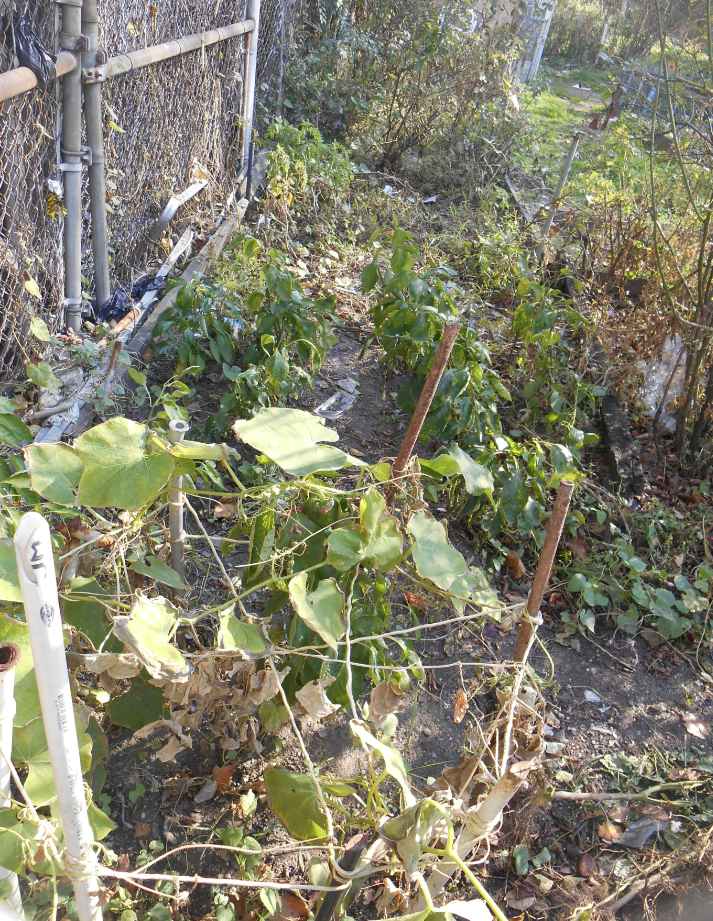 But wait. What’s that? 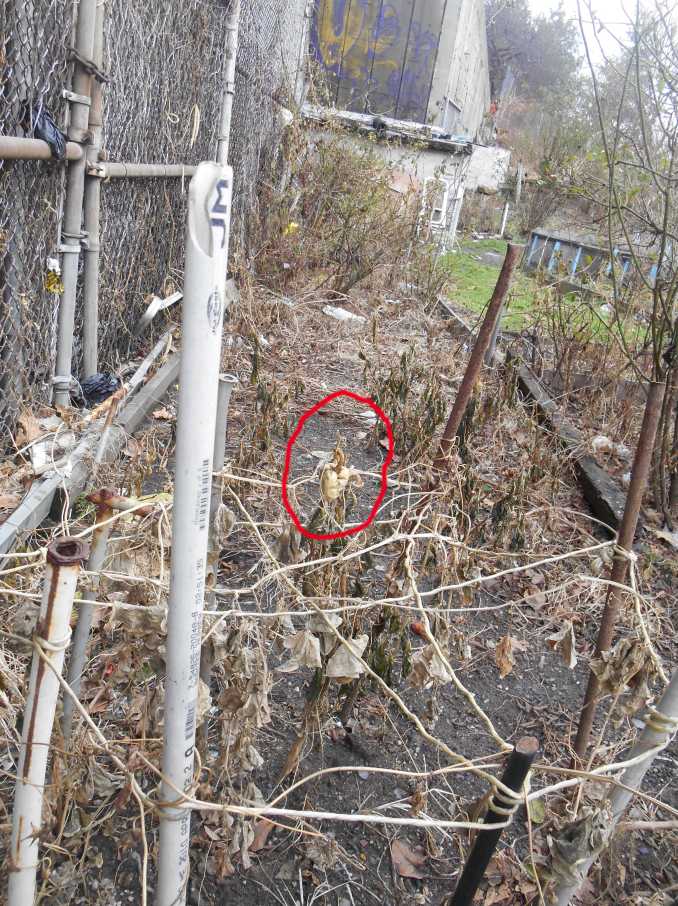 I should have looked closer.
Just three days before Christmas we discovered his gift from Summer 2013. 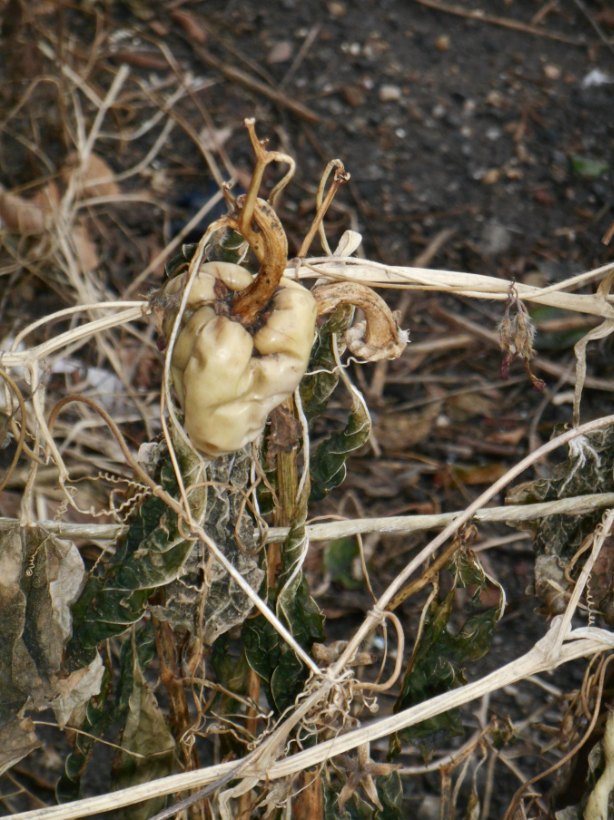 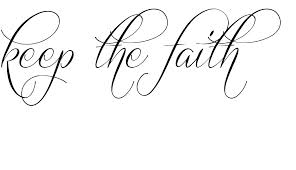