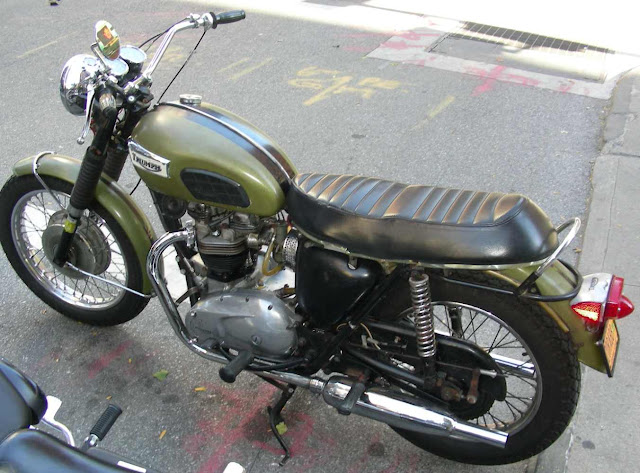 The 1970‘s were great years in British motorcycling, but also the beginning of the end. 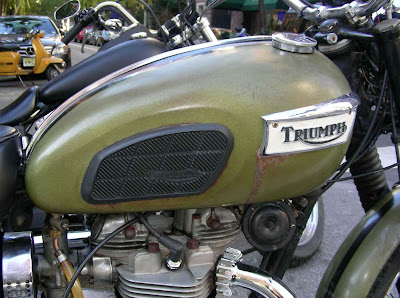 This 1970 Triumph 650 Tiger is a real sweetie, still with original paint (and rust). I found it parked in the Village at 12th and University. 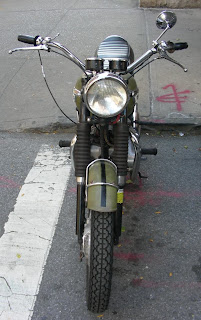 Honda landed in 1969 with a new and smooth surgical assassin, their relentlessly clean and bulletproof 750 Four. Soon the legendary hot-oil grit of the Brit bikes would fall out of favor with American riders. 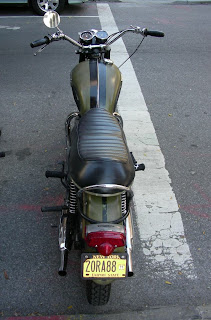 Riddled with flaws, this Tiger was still widely loved. For one thing, it’s a very close relative to the TR6 Trophy Steve McQueen appears to jump in the movie “The Great Escape.” 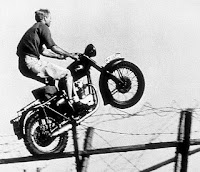 UnitedArtists
But this bike had many problems typical of British engineering at the time. Clouds in the sky? Uh-oh. The Lucas electrical system might not even fire up. 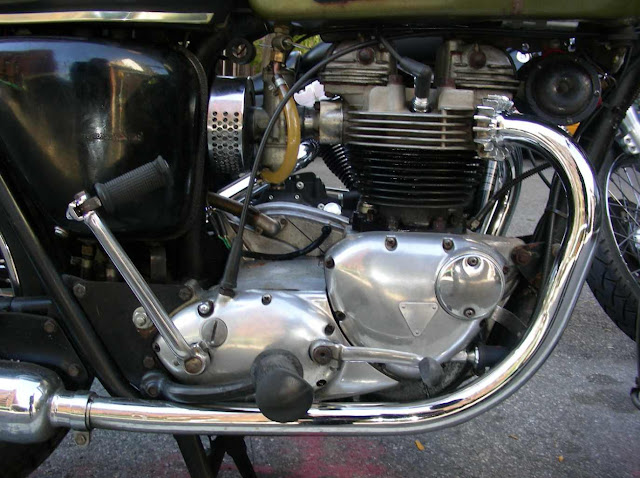 It had only a kickstart lever, too, electric starting was still years off. So with the engine oil acting like glue on a cold winter morning, rearing up skyward, muttering a prayer and then plunging down through the start-up stroke could almost dislocate your knee. Amal carburetors were the worst and the Tiger had one, down from two in its more famous and faster cousin, the 650 Bonneville. 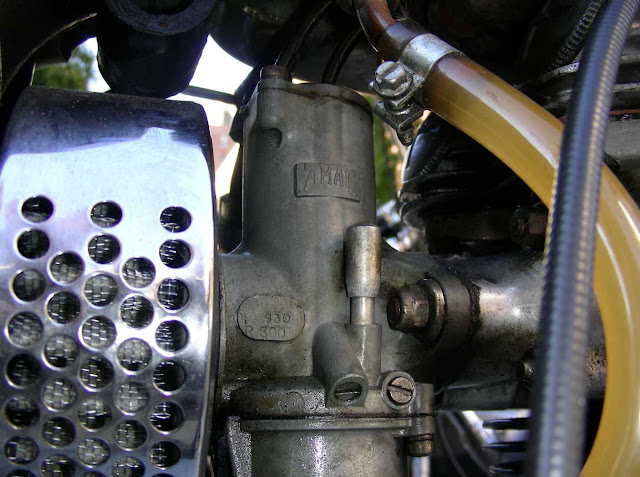 In long, high speed sweeper-like turns with the bike heeled over hard, the bowls in these carburetors would actually drain empty and the engine would cough. 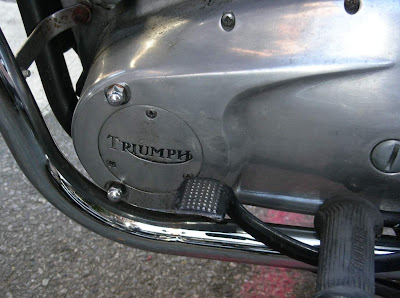 That’s a brake pedal on the left but pushing it didn’t really mean all that much. LockHeed disc brakes weren’t standard yet and the front drum was so lame you practically had to phone in an appointment to slow down. 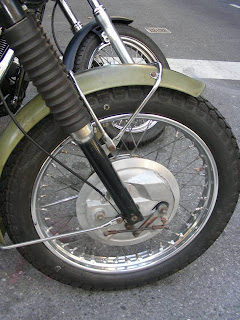 They split the crankcase vertically. See how only the outer casing was polished for the showroom? You can still see the sand-casting on the unpolished inside half. 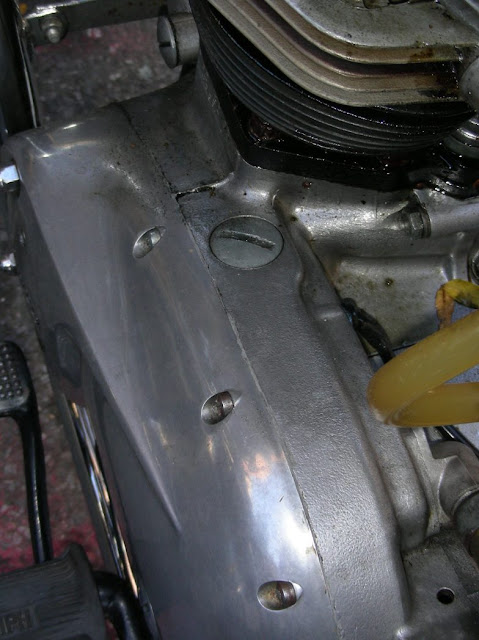 And that vertical seam practically ensured a nice oil stain on the garage floor. But the peashooter mufflers were cool. 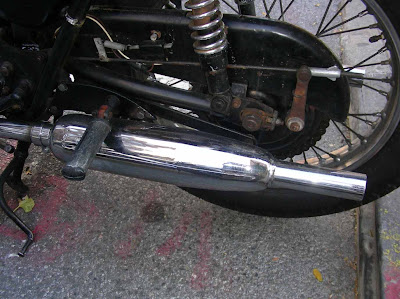 So were the rubber “gators” used to protect the front forks from flying crud. 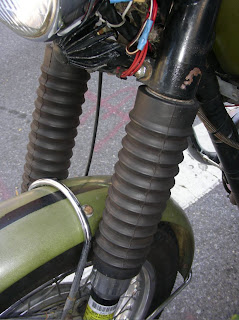 This bike came stock with a tach on the left and a speedometer on the right but that’s all you got in those days, just engine speed and road speed.
The rest was based on engine sound and the riders intuition when to shift. 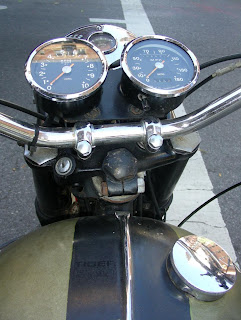 Here’s a vintage shot of a Tiger in its day. 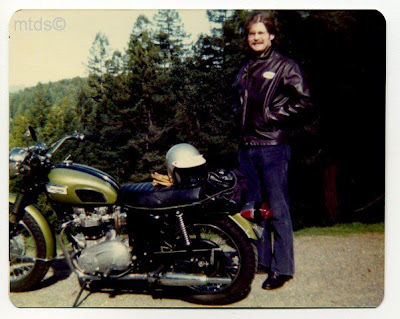 http://www.triumphrat.net
Old Triumphs, the epitome of moto-cool.
Even Joan Jett features one. 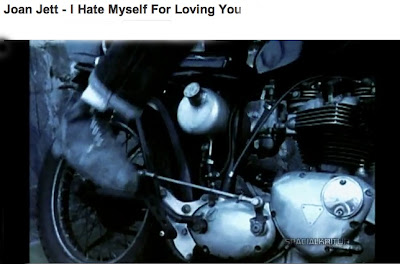 1988
And we do love Joan Jett.
You’ll see why in this waycool period video. 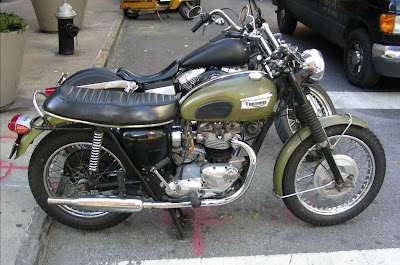