the more things stay the same 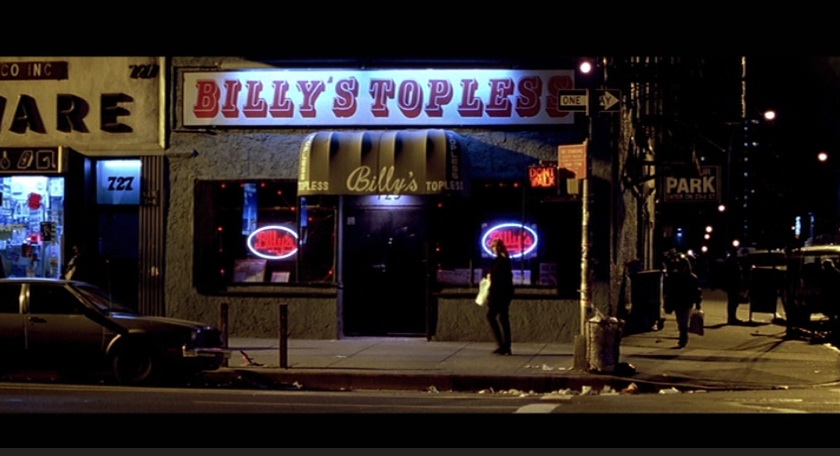 Now before you click away muttering about how far we’ve fallen here doing topless stories, consider that Billy’s is featured in Cornell University’s Fine Arts Collection. 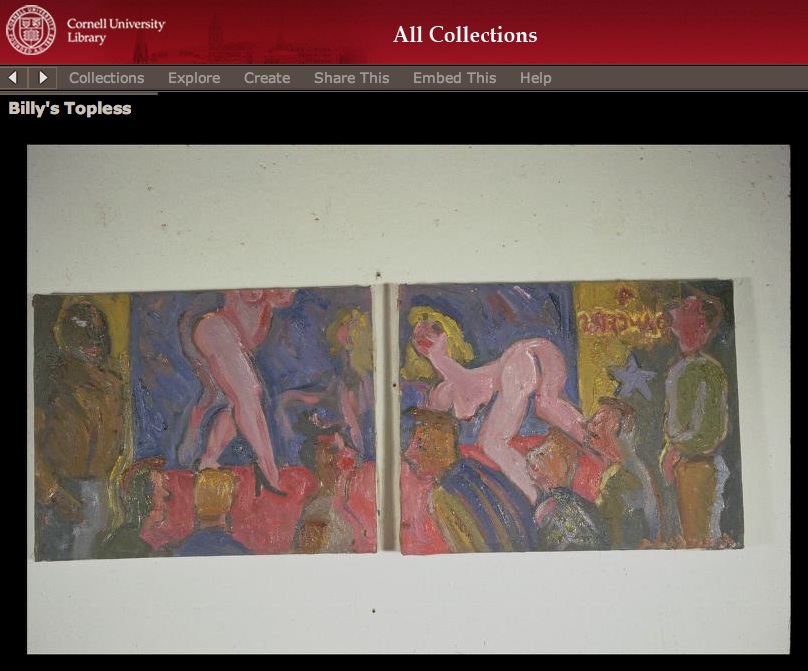 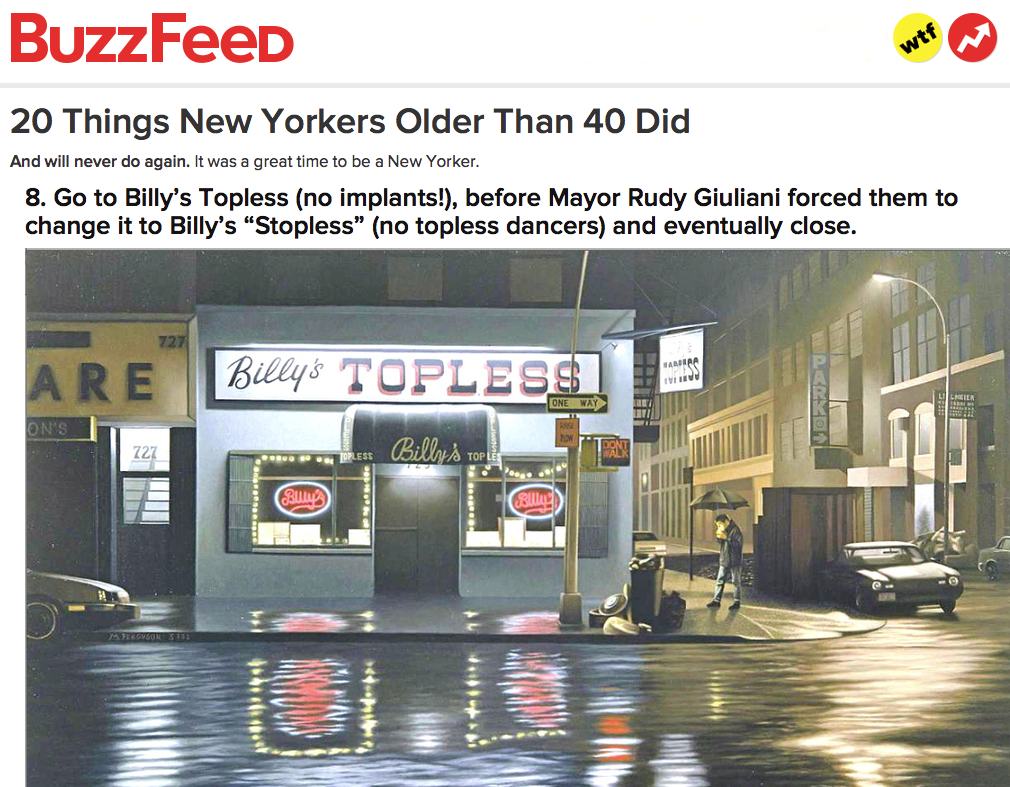 There’s even an iTunes podcast dedicated to Billy’s history. 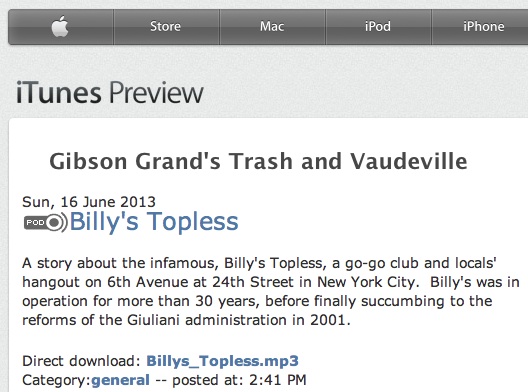 But to really understand this beloved bar, we have to go all the way back to 1886 the year our ClockTower was built. 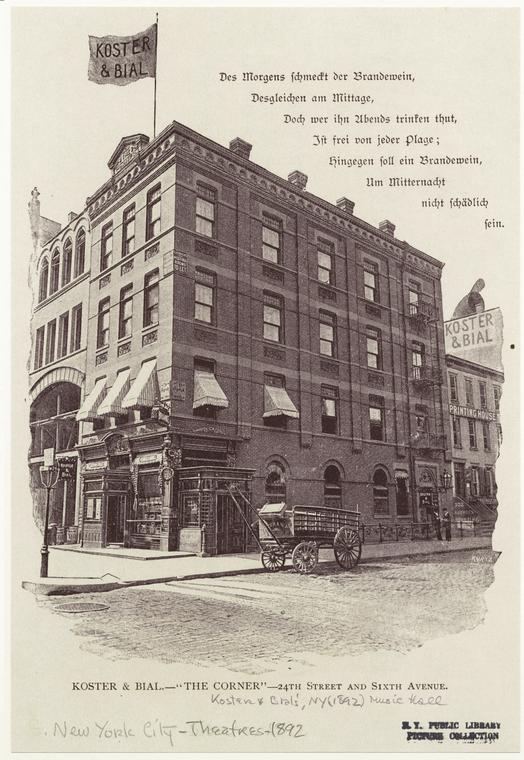 German immigrants John Koster and Albert Bial had a vaudeville complex at 23rd and Sixth Avenue in Manhattan, but soon expanded to a new building they called “The Corner” one block up on 24th. That’s where Billy’s was. 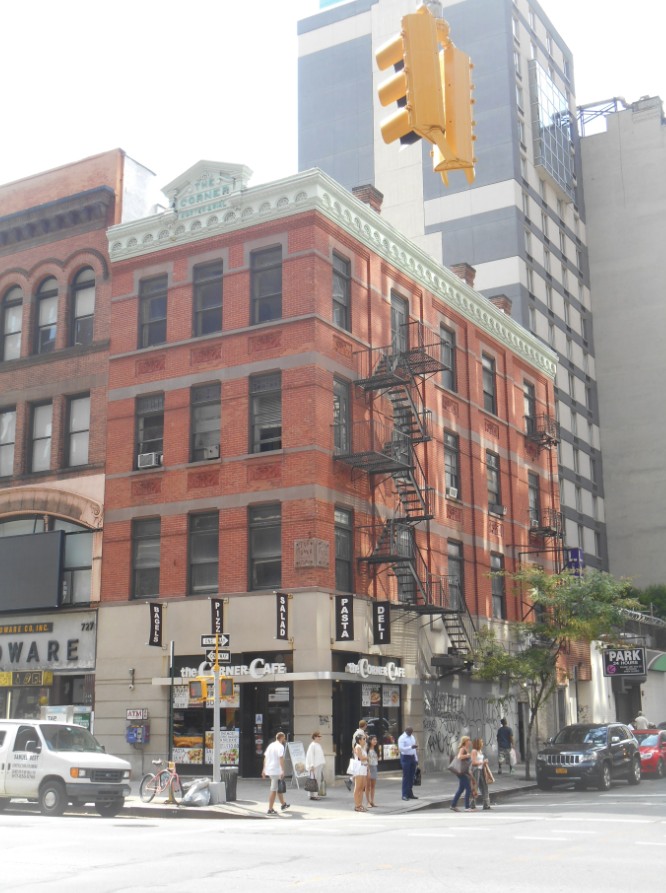 The building at the corner of 24th St. (its address in 1886 was 389 Sixth Ave.) was constructed beginning on June 4th, 1886 and completed January 25th, 1887.
The Corner served as a saloon for Koster and Bial’s successful beer bottling business. 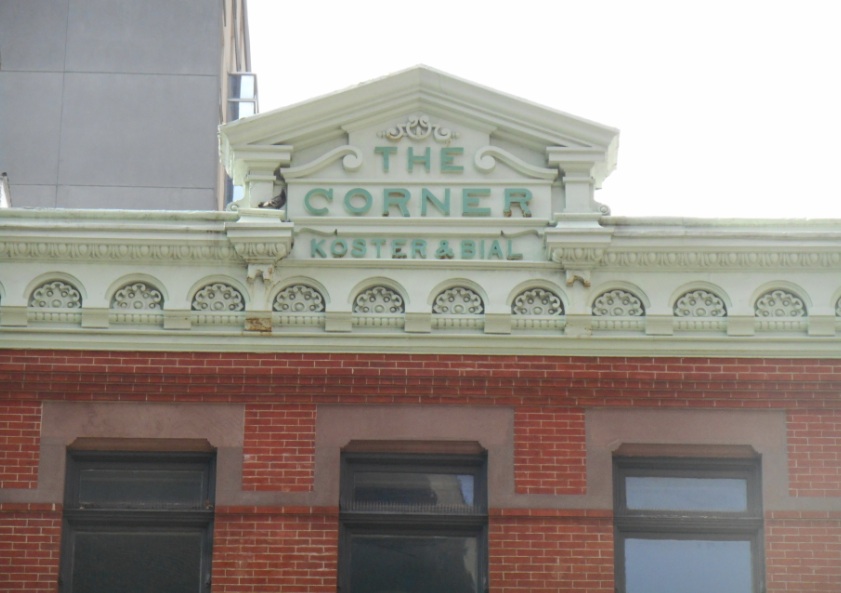 Serving cold beer in the front room and hot showgirls for a small fee in the back, it was only a few years (and a matter of time) before they were raided and their beer hall was closed down.

Now let’s leap forward about 70 years and history repeats itself.

Billy Pell opens “Billy’s Topless” in 1970 on the same site. Billy’s was about the same as K&B's, a much enjoyed neighborhood hangout with golden-hearted strippers and respectful old men, but with the worst free-food buffet in Chelsea. 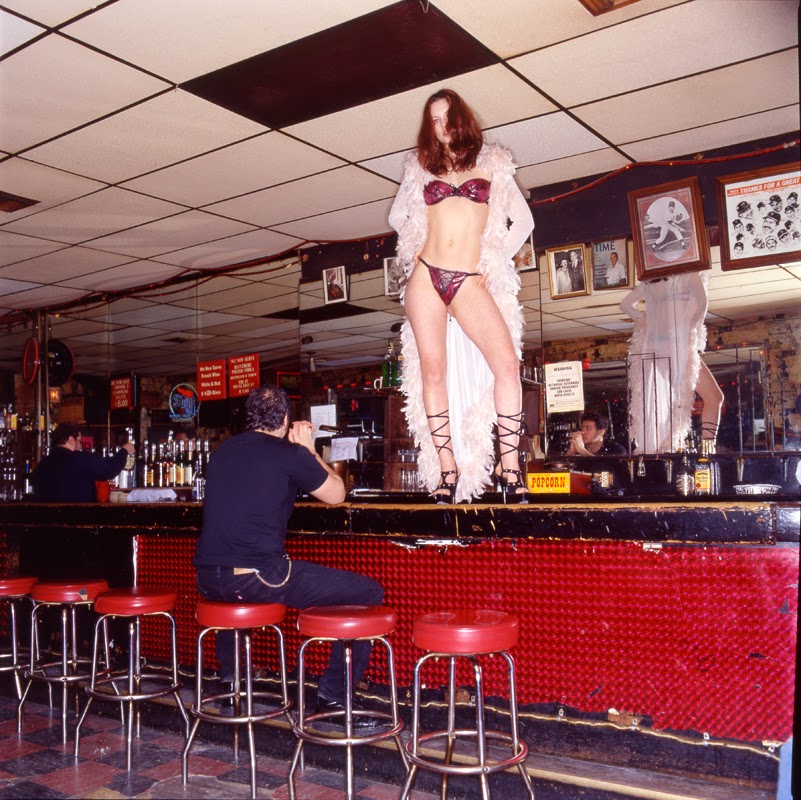 Billy's was a true dive---but a great one---until we elected prosecutor Rudy Giuliani as our Mayor. 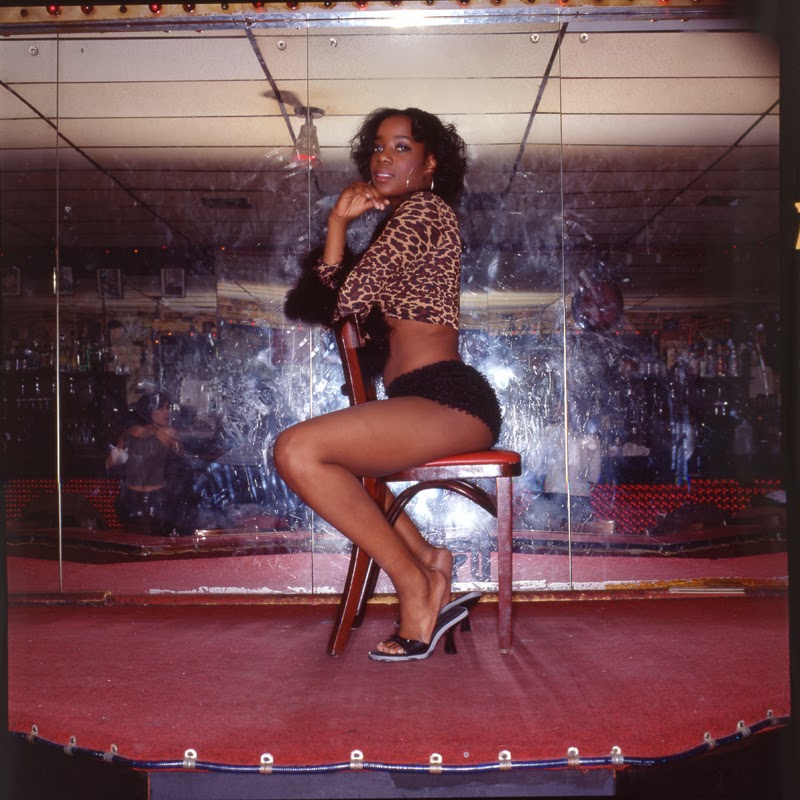 Giuliani was obsessed with closing places like Billy’s, so he changed zoning rules again and again to make it very tough to stay open. 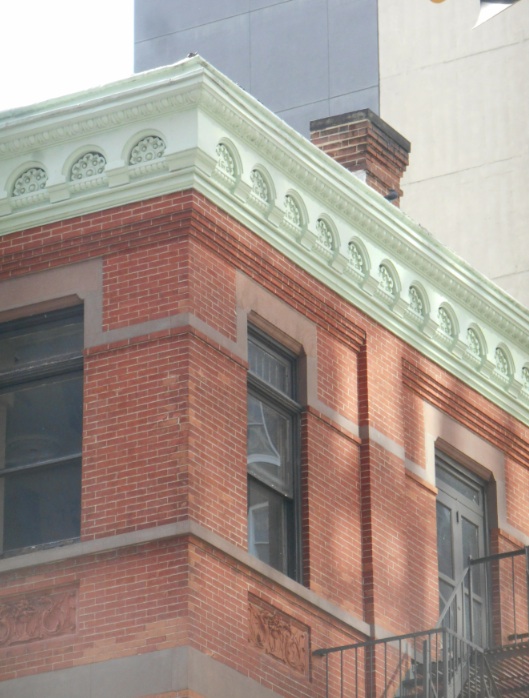 Billy’s even dropped the apostrophe and rebranded for awhile as “Billy Stopless” in compliance, but Giuliani wore the owners down and the bar closed forever in 2001.

It was a bagel and pizza shoppe for awhile. Ugh. 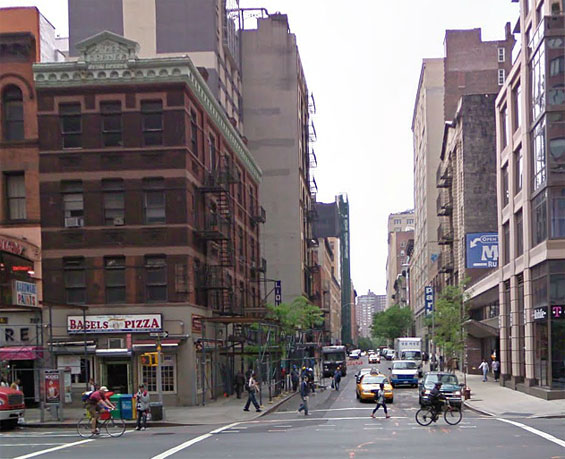 The hardware store next door is still one of the remaining, old-school best. 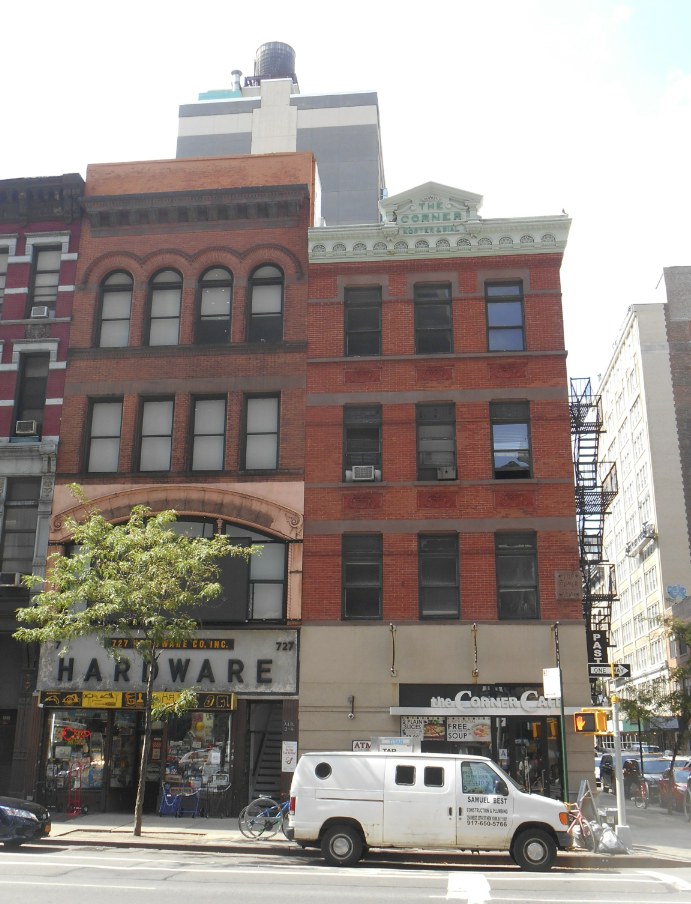 Now there’s one less neighborhood place to come in from the cold.