it’s not the crime, it’s the coverup 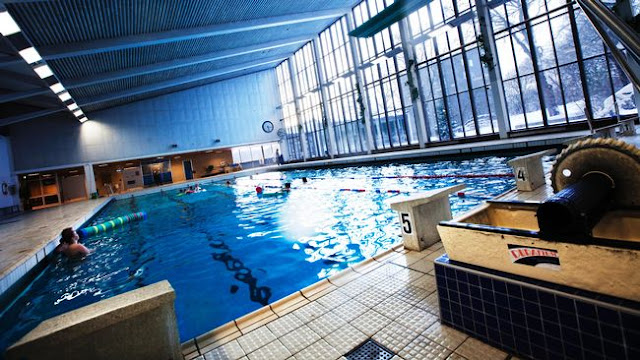 Swedes are natural swimmers, and first rate pools have been part of the culture for centuries. 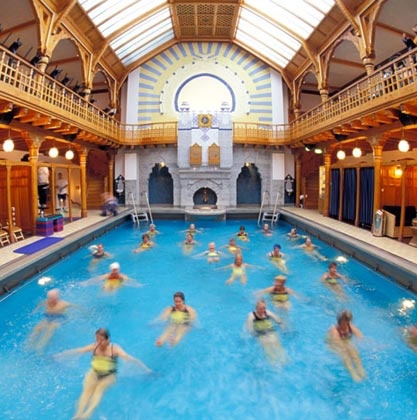 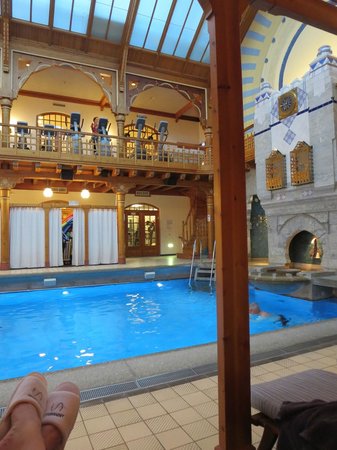 With so many Muslims now living in Sweden, a current topic of discussion is about how a proper Muslim woman should swim.

In her burka, apparently. 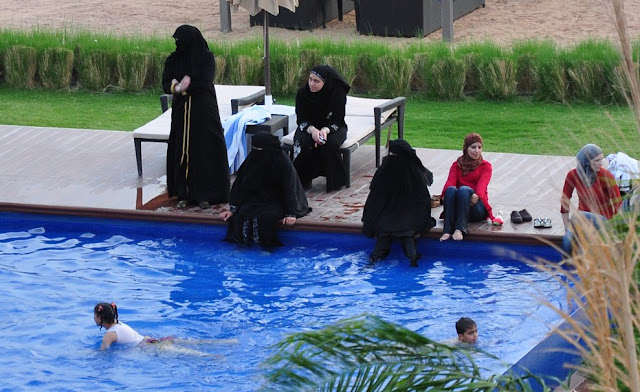 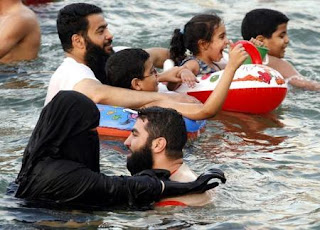 Or in a burka-like garment made easier for the beach.

To avoid charges of religious bigotry, a number of Swedish pools have introduced separate swimming times for men and woman. 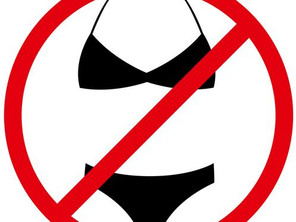 Many middle eastern women flee to Sweden, expressly to escape this cultural oppression. Now it is spreading to UK. 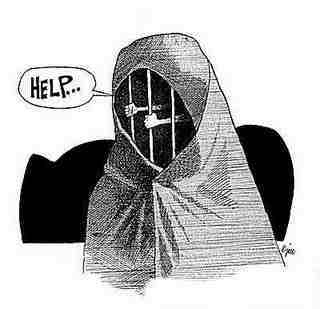