Columbus Avenue is named for the guy we remember today,
so I decided to look into his story. 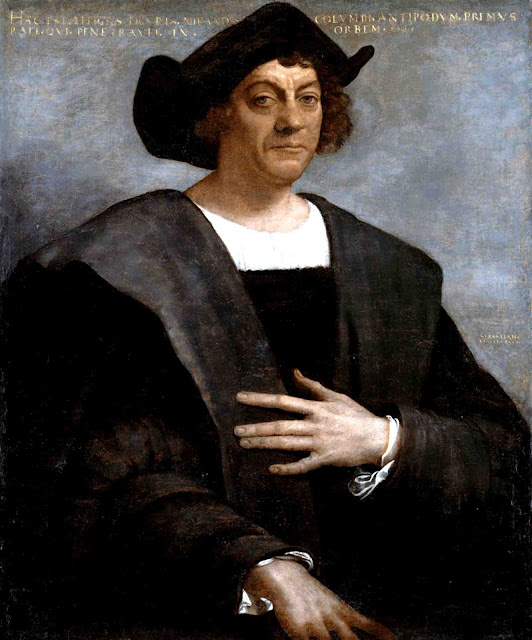 We credit him with “discovering America” except he didn’t, he landed (four times) in what is now Haiti and the Dominican Republic. 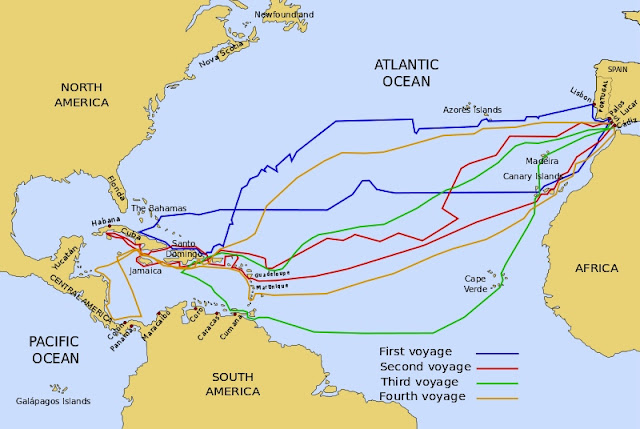 Within 2 years he killed off a quarter of a million locals, mostly using attack dogs. 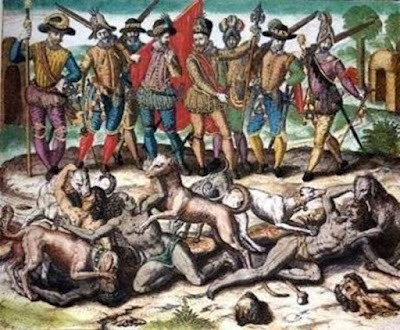 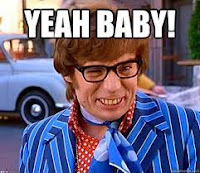 Historians place the North American population approaching 100 million in 1492, so he didn’t so much “discover” as he did invade. 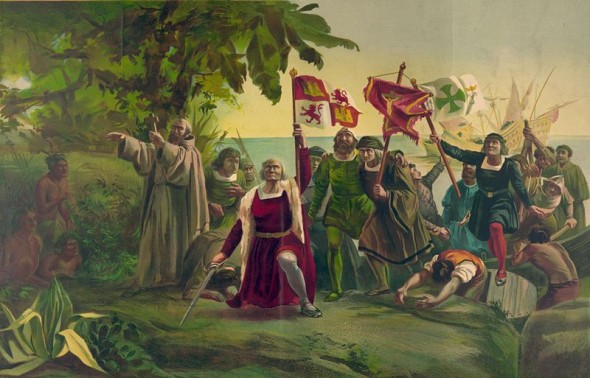 His crew brought over infectious diseases like the flu and bubonic fever and pneumonia.

Native American’s had no immunity and dropped like flies.

Syphilis was local and so after these same crews raped the native American women, they brought VD back home to Europe.

Columbus opened the slave trade routes to Africa, too. 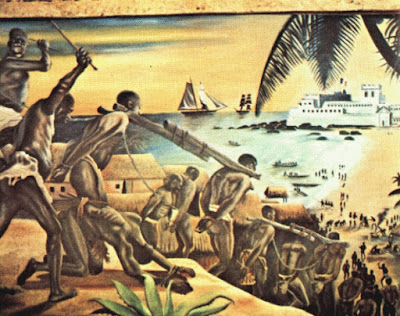 Queen Isabella and King Ferdinand coughed up venture capital to fund 17 ships and over 1200 men because Columbus promised gold. 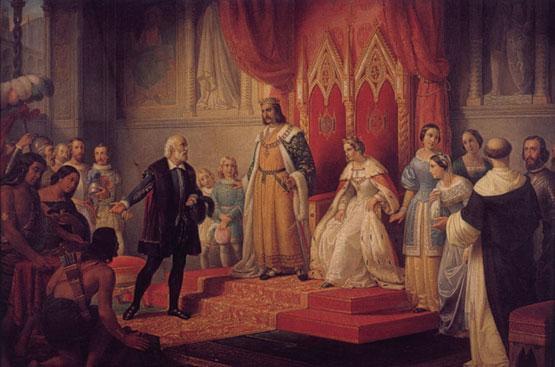 But there isn’t much gold in Santo Domingo. 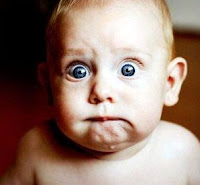 So Columbus put every native into the mines, requiring 4 thimbles of gold dust per year or they'd have their hands cut off.

Modern historians think about 10,000
(obviously poor quality)
miners may have bled to death this way.

Columbus’s own crew finally turned him in for this bullshit.

They testified against him and he was sentenced to 10 years in prison. 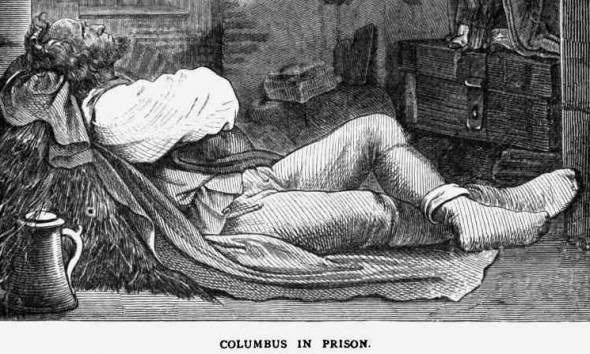 But Ferdinand pardoned him and made him sail one more time.

He was trying to get his money back, which he never did. 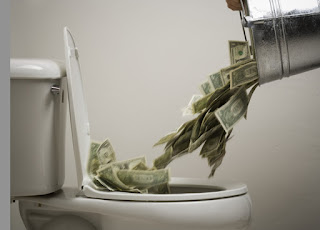 But at least some of you get a day off.

That’s not so bad. 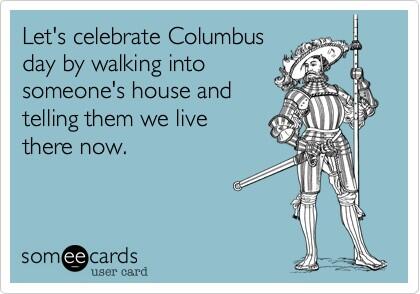