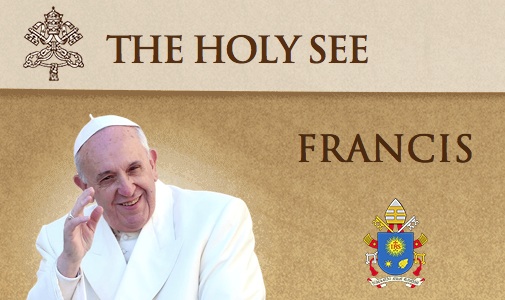 The Pope lives in the Vatican, the Vatican is in Rome,
and Rome is the very heart of Italy. 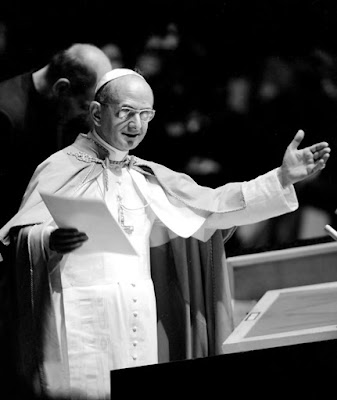 So much so, that before Pope Paul visited the United States in 1965 no Pope had left Italy since 1809. 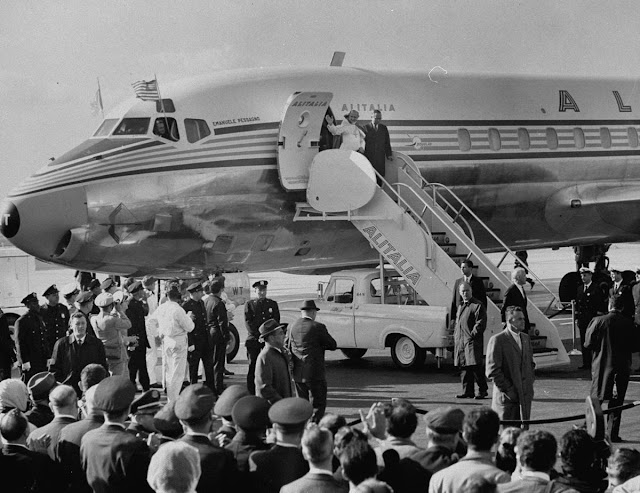 Francis’ visit later this week will make him just the fourth Pope to ever come into the United States.

It will be a blend of pious prayer and bold commercialism.

You can read about the upcoming transit changes here: 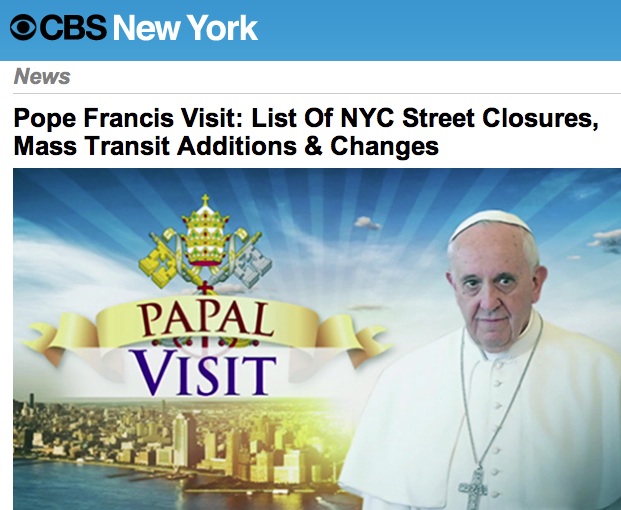 The first visit by Pope Paul in October 1965,
was a very big deal. 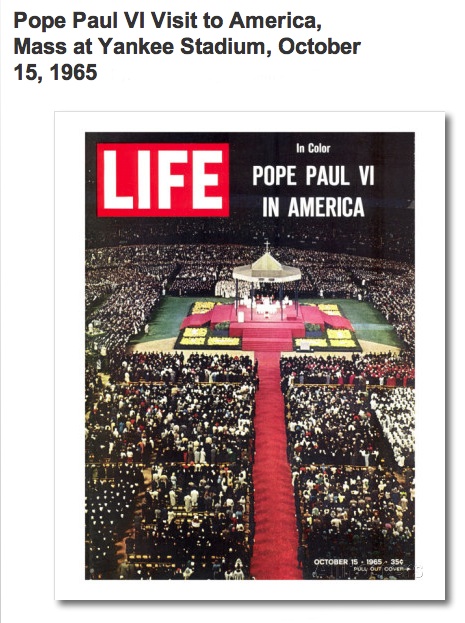 He met with President Lyndon Johnson in NY’s Waldorf Astoria because the feds couldn’t figure out at the time if a “non-country” should have access to the White House. But he did have VIP access to Yankee Stadium,
giving mass before 50,000 people. 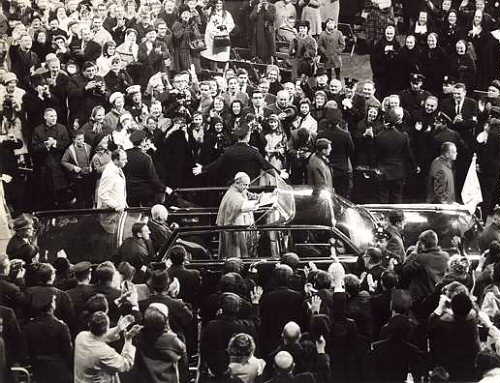 He knew how to attract attention, too,
wearing white with a cape of crimson red. 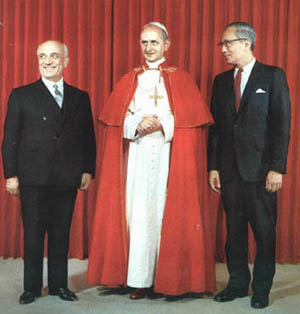 No one really knows the divine inspiration for that costume. 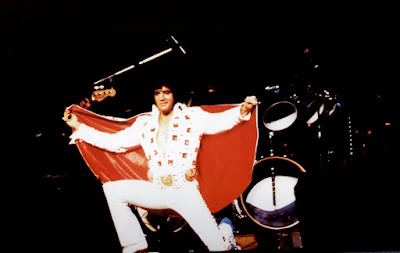