we should all look this good at 127 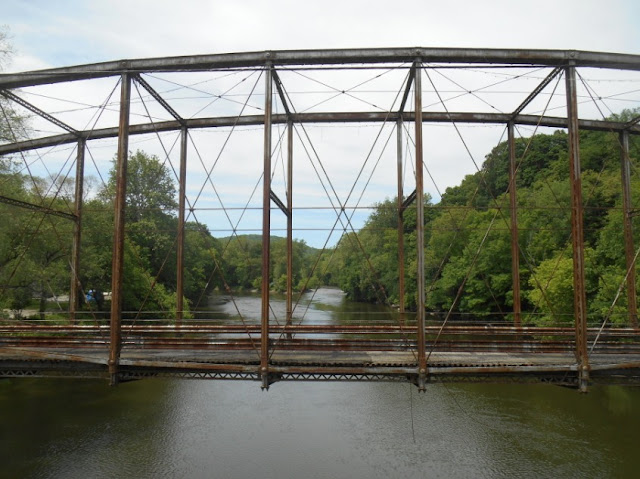 The Boardman’s Bridge in New Milford Connecticut is a contemporary of our 1886 ClockTower. 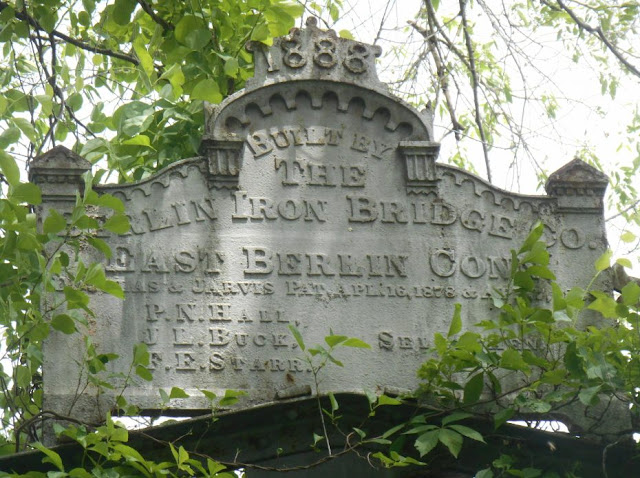 Built from cast iron by the Berlin Iron Bridge Company in 1888, it spans an amazing 188 feet with a lacy--rather than brute strength--suspension. 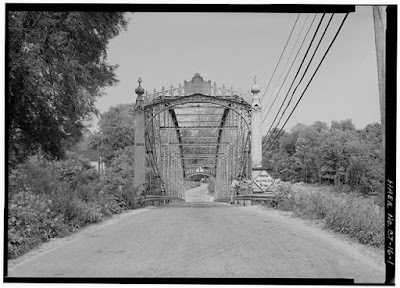 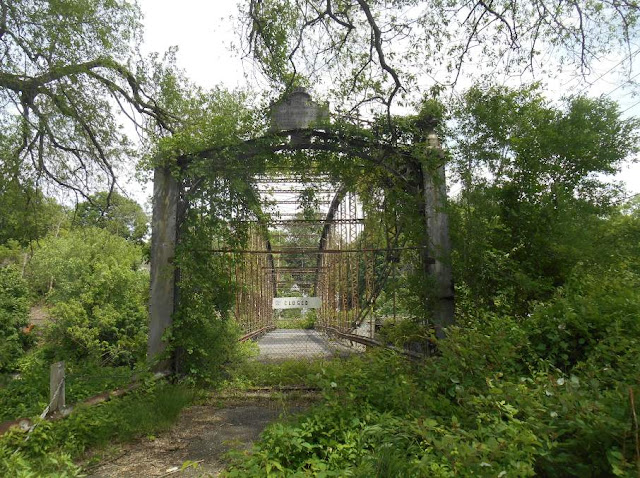 Casting and delivering iron beams almost 200 feet long was impractical, so the company purchased a patent for parabolic, iron-pinned trusses. 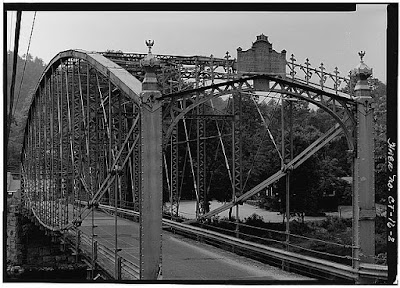 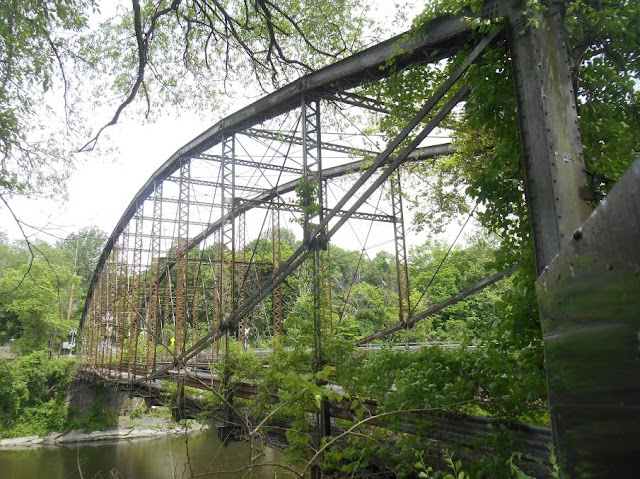 They deliver a resilient suspension that remained in service for over a century. 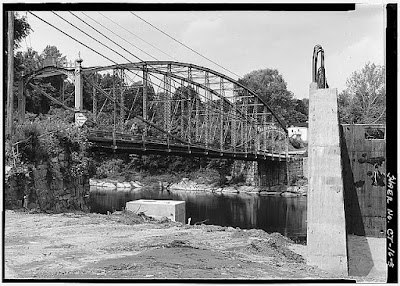 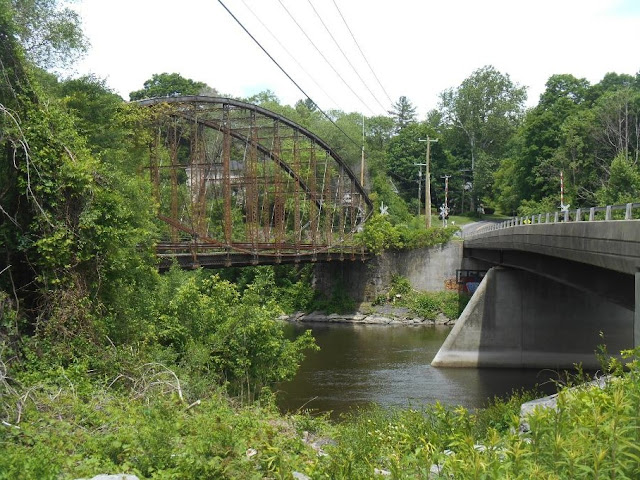 This old bridge spans the Housatonic River on Boardman's Road and was listed on the National Register of Historic Places in May 1976. 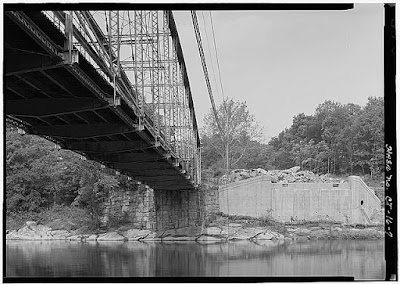 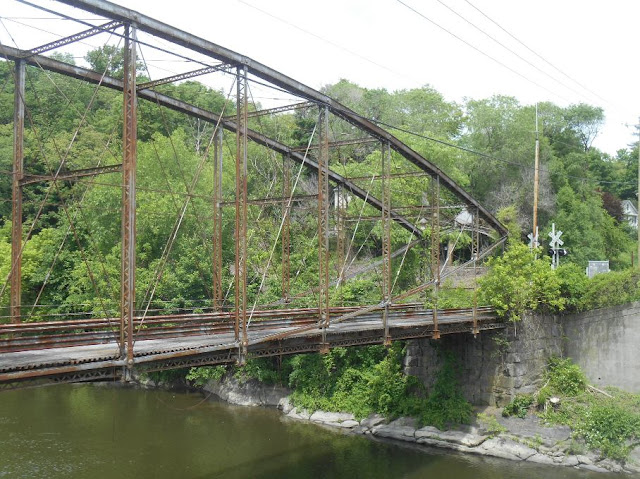 The Library of Congress commissioned the black and white photo shoot in 1984. 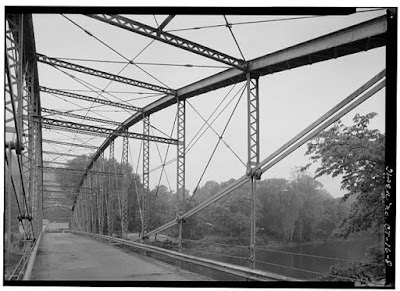 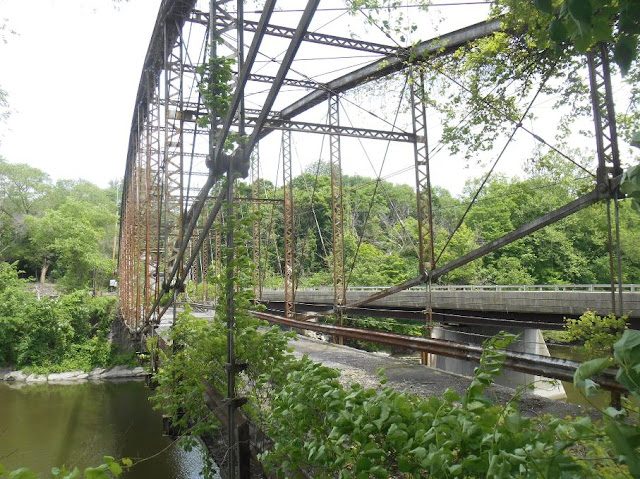 It’s closed now (even to pedestrians), so a modern bridge alongside carries local traffic. 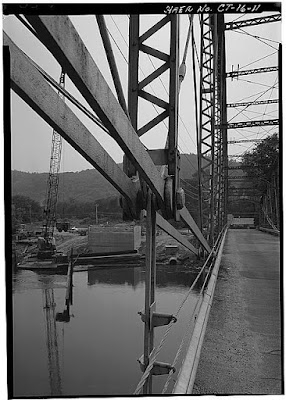 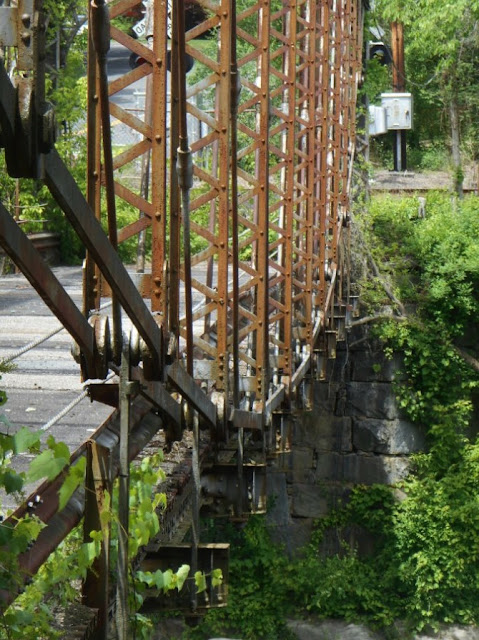 But it’s still there, proud and rusting, one of only three cast iron lenticular bridges left in the state of Connecticut, from well over 1000 originally built. 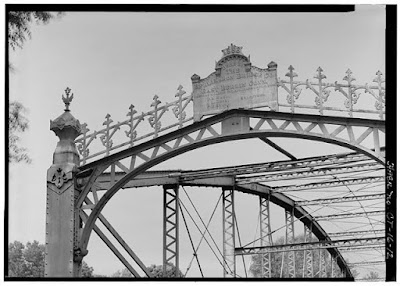 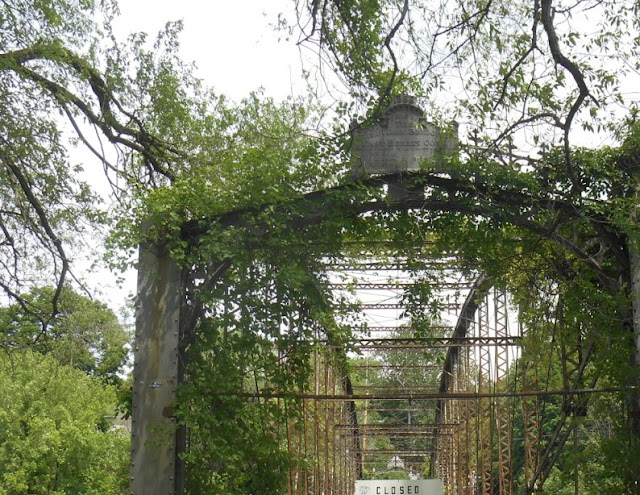 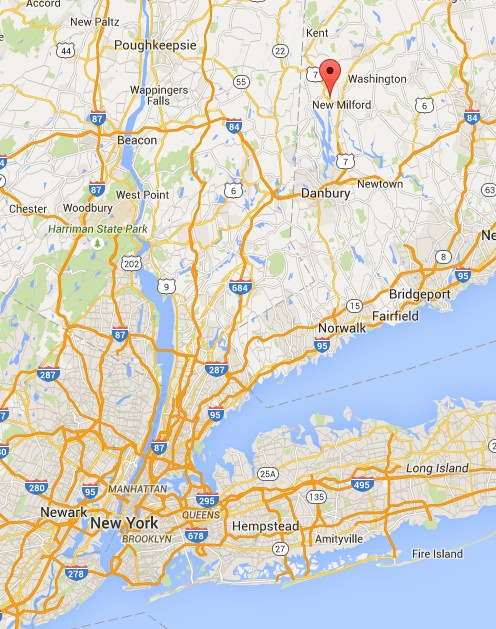