So what’s been happening in Greece, you ask? 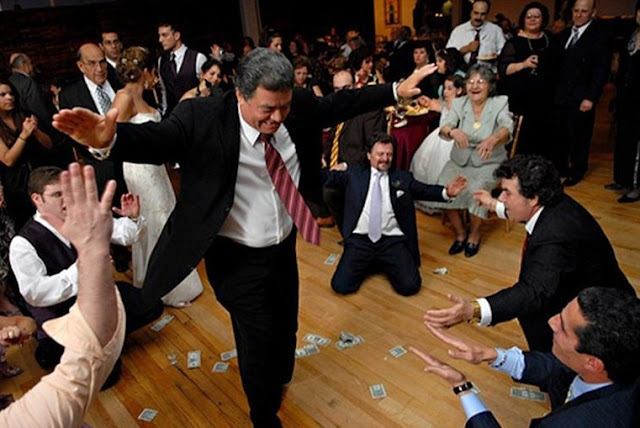 Imagine you are invited into an older, wealthy family, the EU, and they give you your own family credit card. 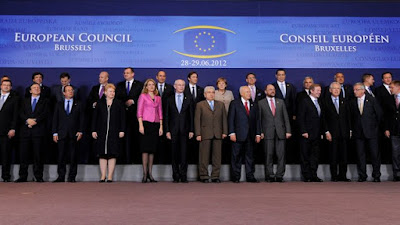 It has limits and so you run purchases to the max.

You return to the family, humbly asking for help with this huge debt you’ve created for yourself. 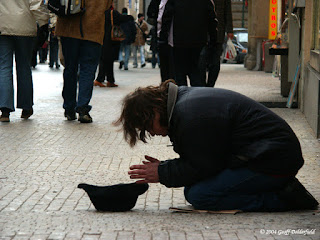 They raise the spending limit on your card, drop your interest rate and co-sign so you can borrow again if you have to.

You promise not to spend it all
and then you spend that big loan, too. 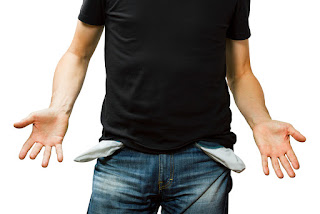 Now you need the EU to lend again.

But this time they point out that you are not actually working very hard and you are retiring crazy early to a government pension that costs way beyond anything you actually saved or invested for yourself.

The family insists on changes and you agree,
to get more money.

(But, y’know, you don’t actually make many changes.) 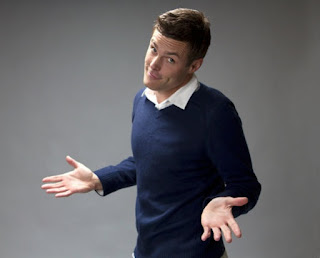 You return again, your hand out again,
in even deeper financial trouble.

“This is unsustainable!” scolds your disciplined, German Aunt Merkel. 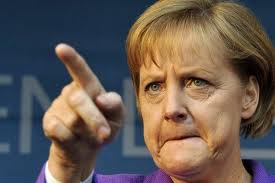 “You probably should pay some of this fairly soon, don’t you think?” whispers your wimpy French Uncle Francois. 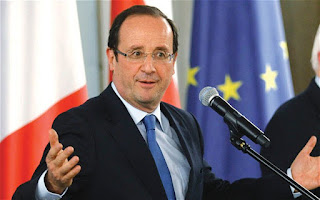 “Not another euro until you cut your spending and begin to pay this down.” flatly states the family banker, Christine Lagarde, (International Monetary Fund CEO) 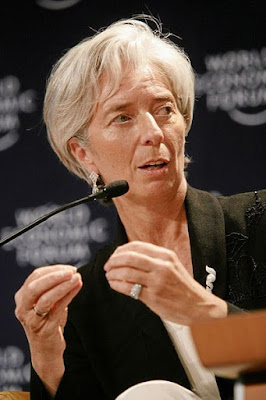 But you don’t want to tighten your belt!
You are GREECE, the inventor of DEMOCRACY! 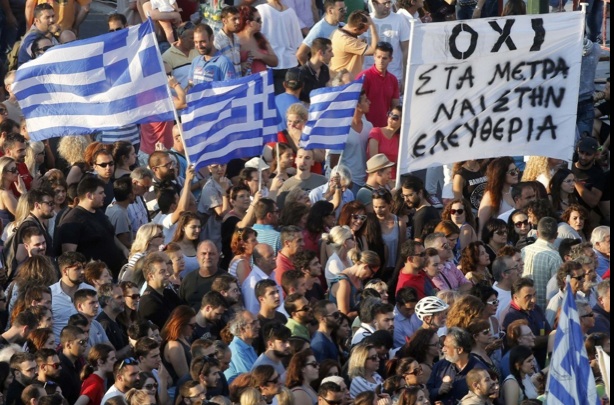 So you continue to ignore that Germans pay their taxes while you (unlawfully) avoid paying almost 90% of them. 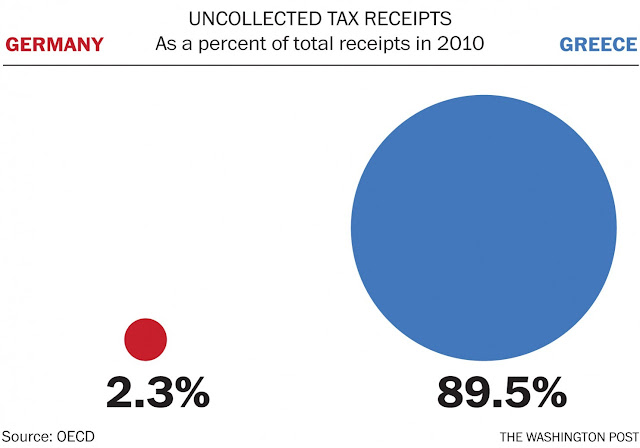 (This is one reason why you're so broke in the first place.) 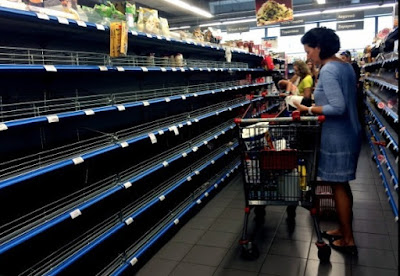 “The EU only wants to humiliate us!”
shouts your Prime Minister Alexis Tsipras. 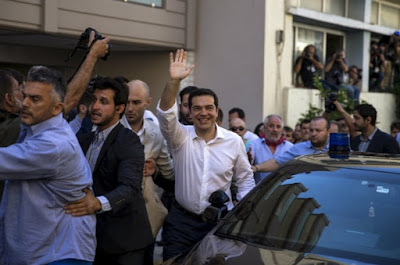 “This is terrorism to demand we cut further and actually pay this back!” screams Yanis Varoufakis, your Finance Minister. 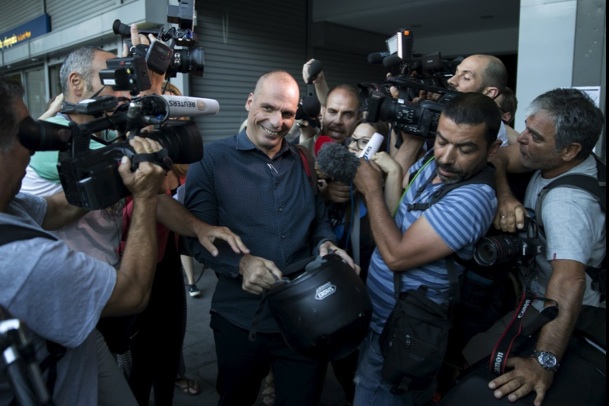 The Prime Minister says “Let’s put this to a vote.” 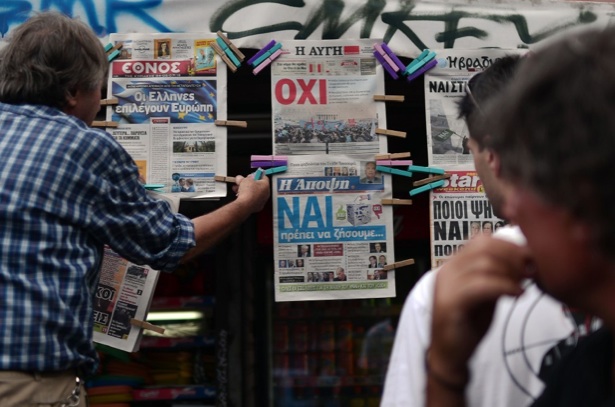 “Yes” if you will accept fiscal limitations (to get even more money), and importantly, to begin to pay it back.

“No” if you refuse new conditions for another loan and instead, threaten to leave the family and not repay a single drachma. 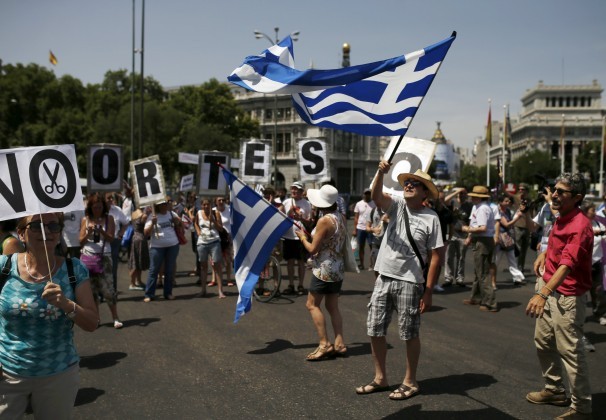 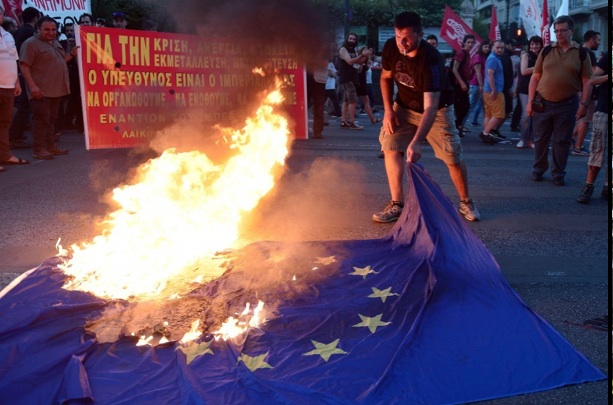 Fuck paying all that money back.

Got a cigarette?
Posted by Gregory
Labels: InTheNews, Opinion, Politics