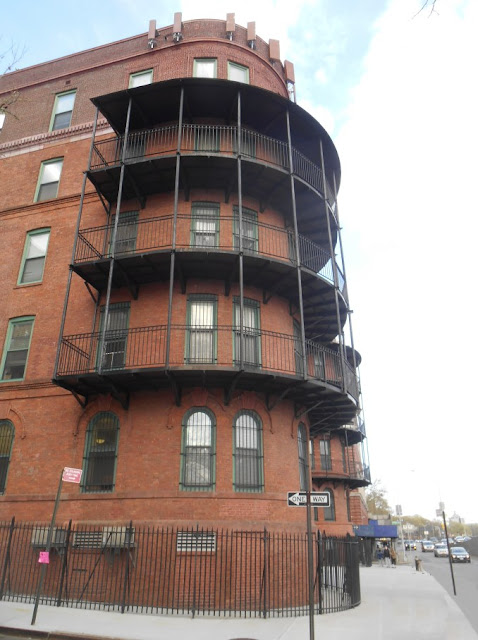 Germs multiply in corners, or so went the medical wisdom around the time of our ClockTower. 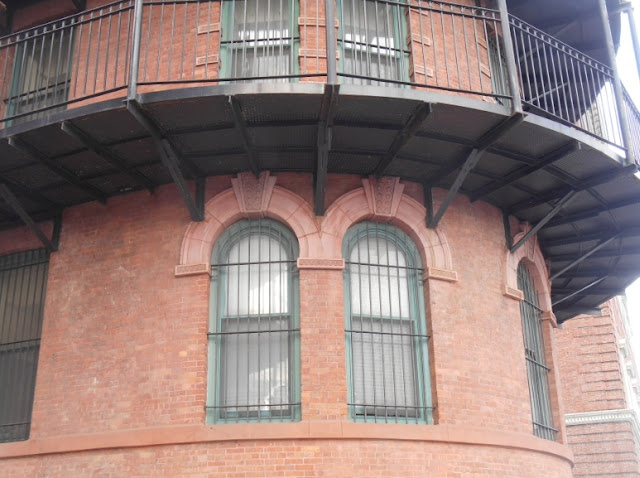 Hospitals built in the late 1880‘s were therefore curved, and since that time some have been turned into really expensive condos. 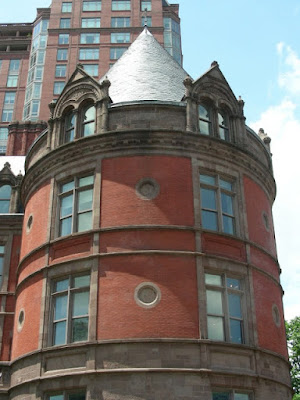 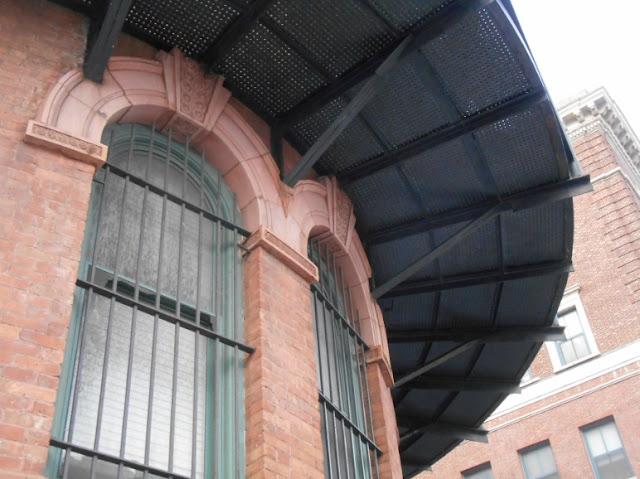 These rounded wards are also from that same era and built for the same purpose, Governeur Hospital at 621 Water Street. 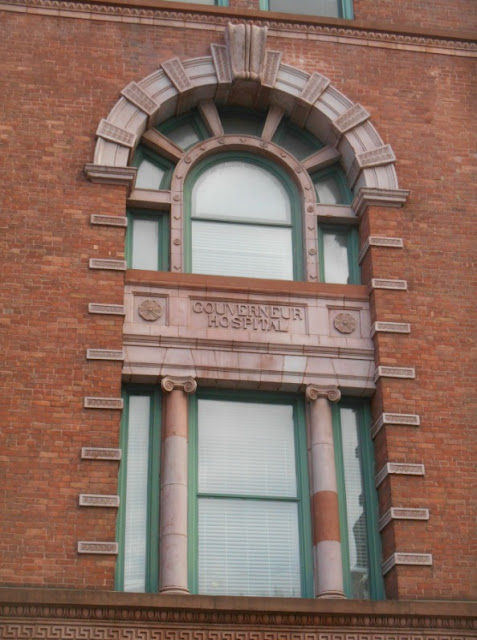 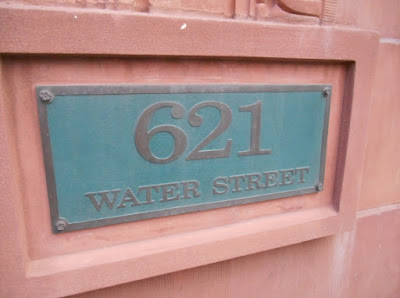 Started in 1897 and opened in 1901, it served the Lower East Side community with our country’s first female ambulance surgeon. 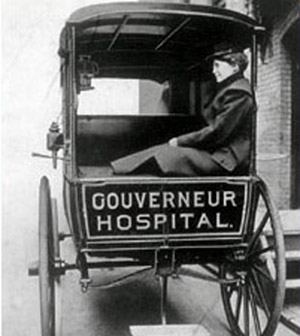 Then in 1959 it lost its accreditation.
It closed around 1970 and quickly fell into ruin. 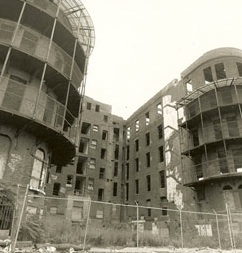 But it was listed in the National Register of Historic Places in 1982 and so by 1992 a renovation had begun. 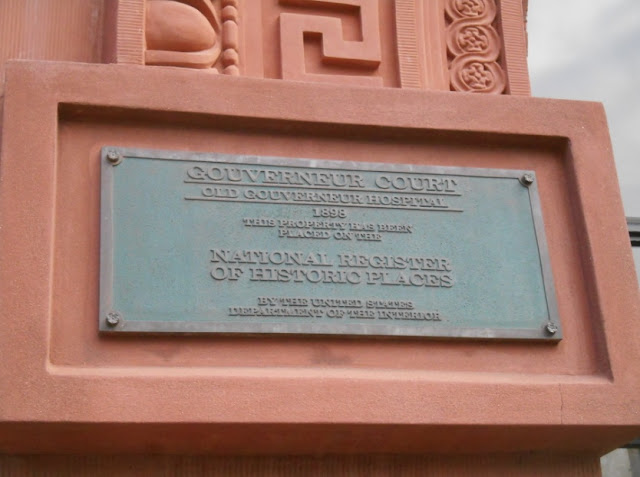 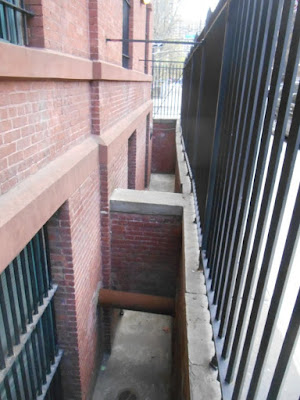 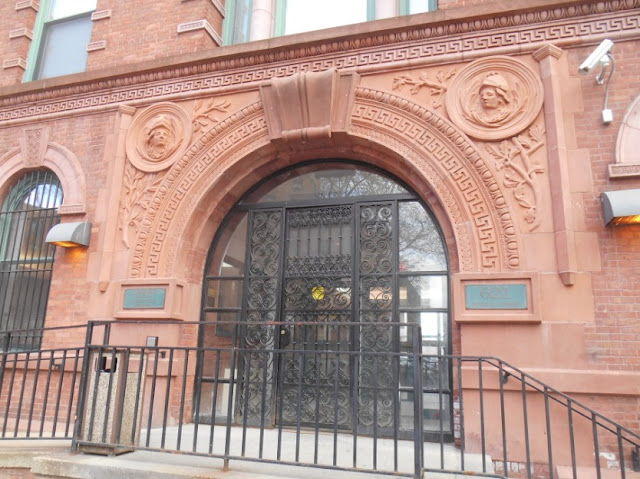 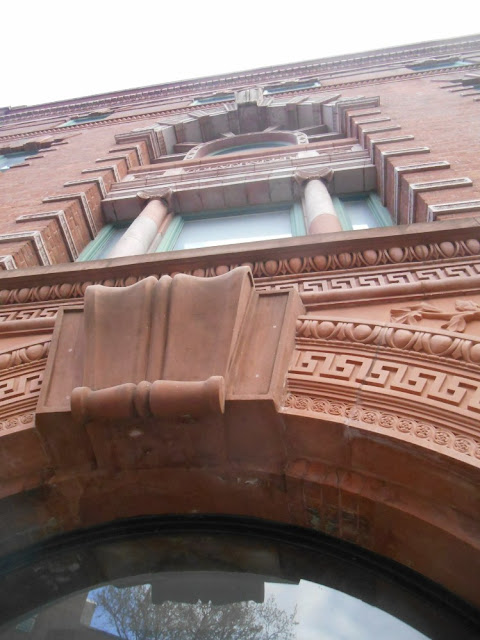 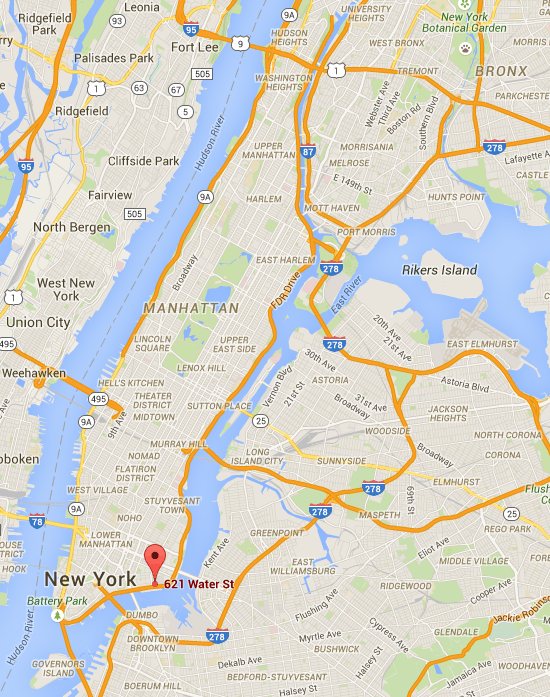 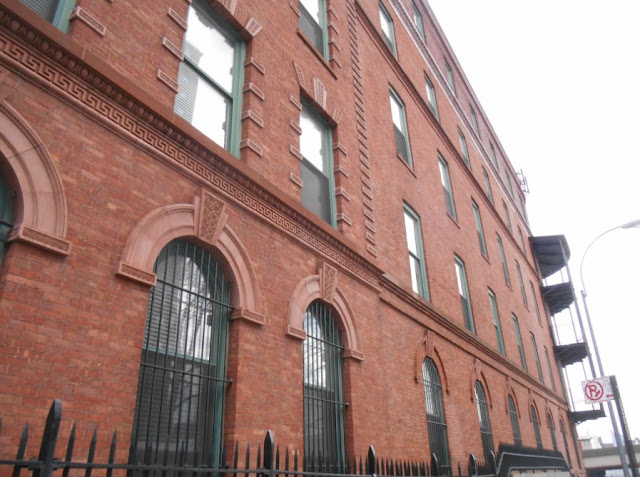