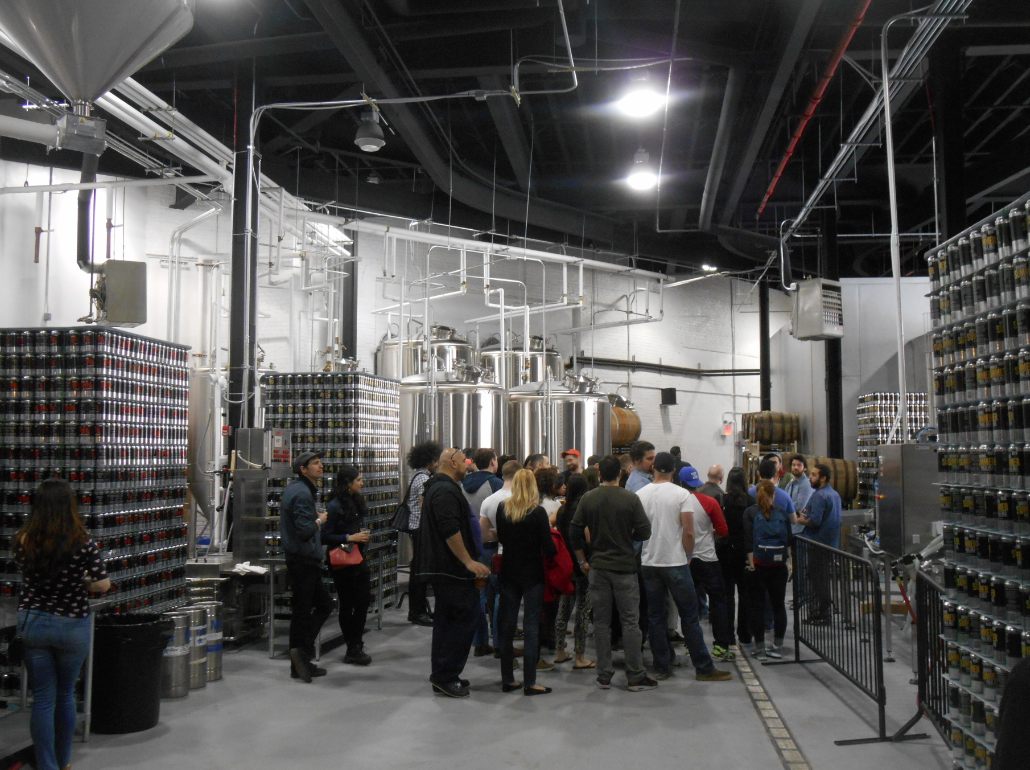 The first thing I noticed about the Bronx Brewery location is how it is on the way to the Randall’s Island Connector. 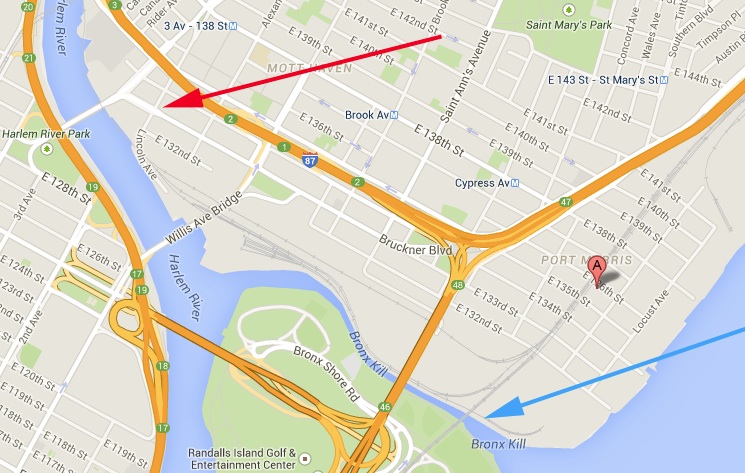 The ClockTower is at the red arrow, the connector at the blue, and the Brewery is at the Google “A”, just under the elevated railroad. You can smell beer on the street. 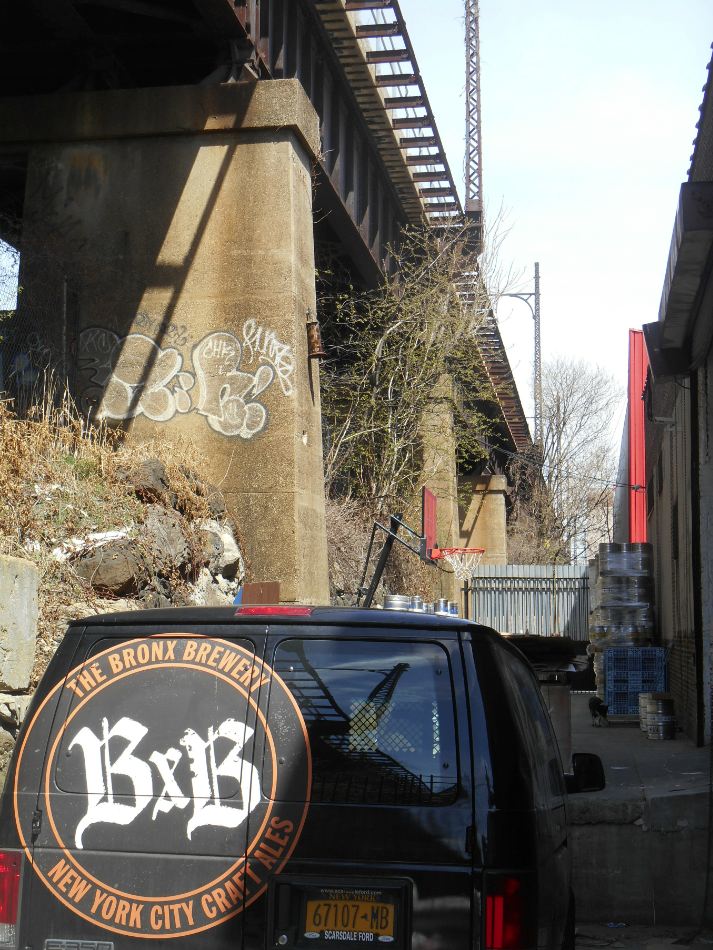 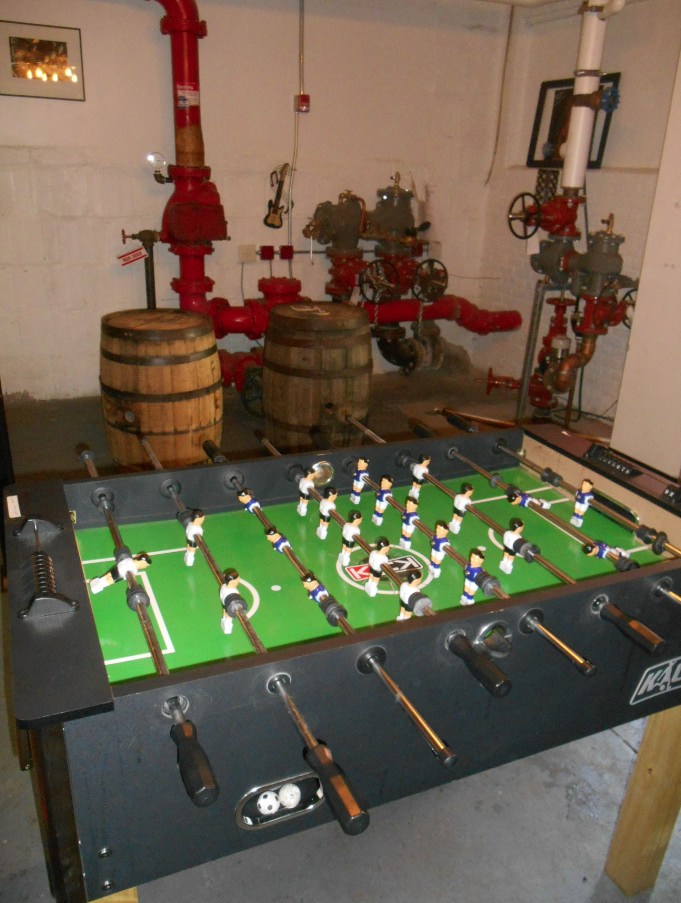 We were greeted by Andreas, their friendly tasting manager... 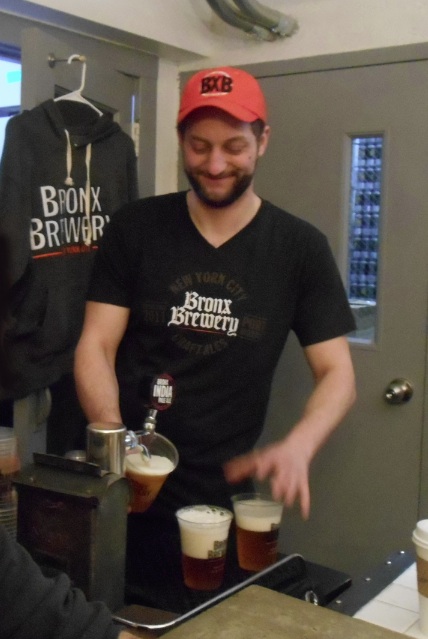 ...while we took a seat at their bar. 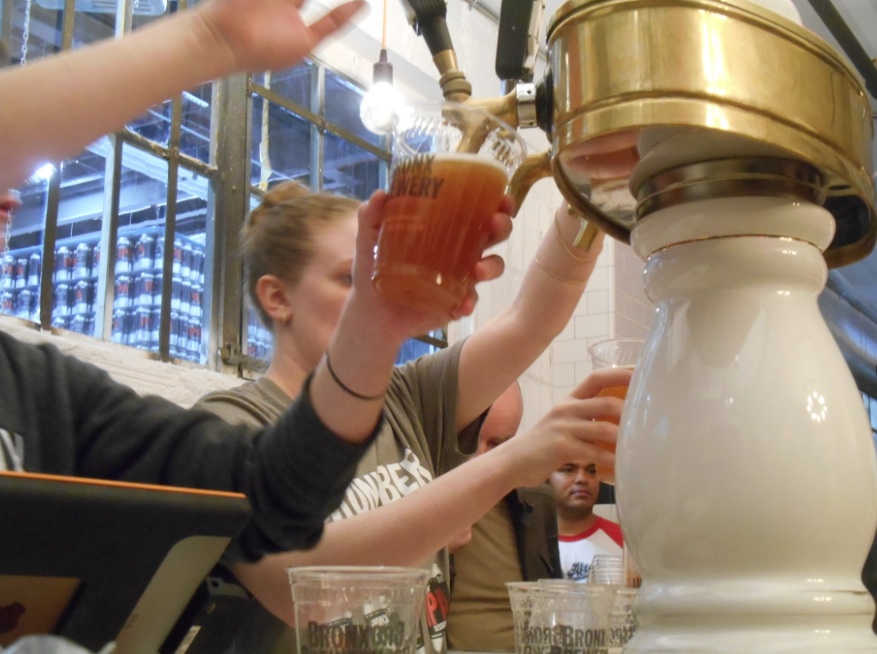 Working beer tanks are just behind the glass. 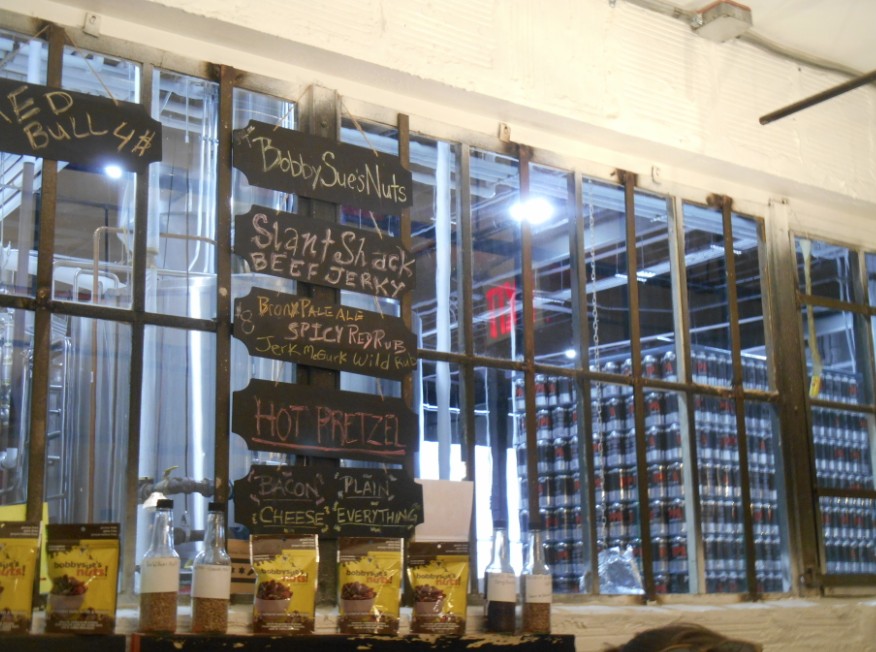 It’s been a 5 year journey for the Bronx Brewery, but now they are settled in their new home at 856 east 136th Street. 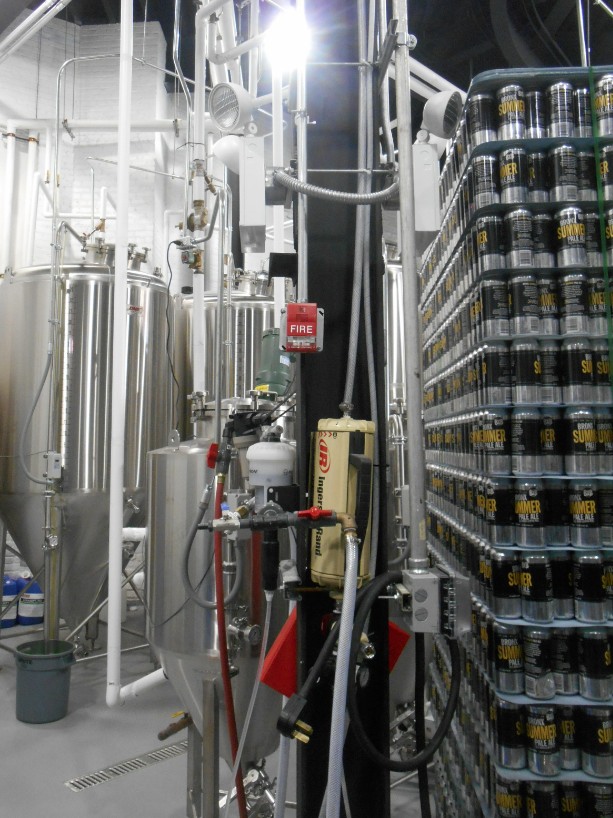 The old brick building has been a Bronx steel mill and a lace factory in its history. 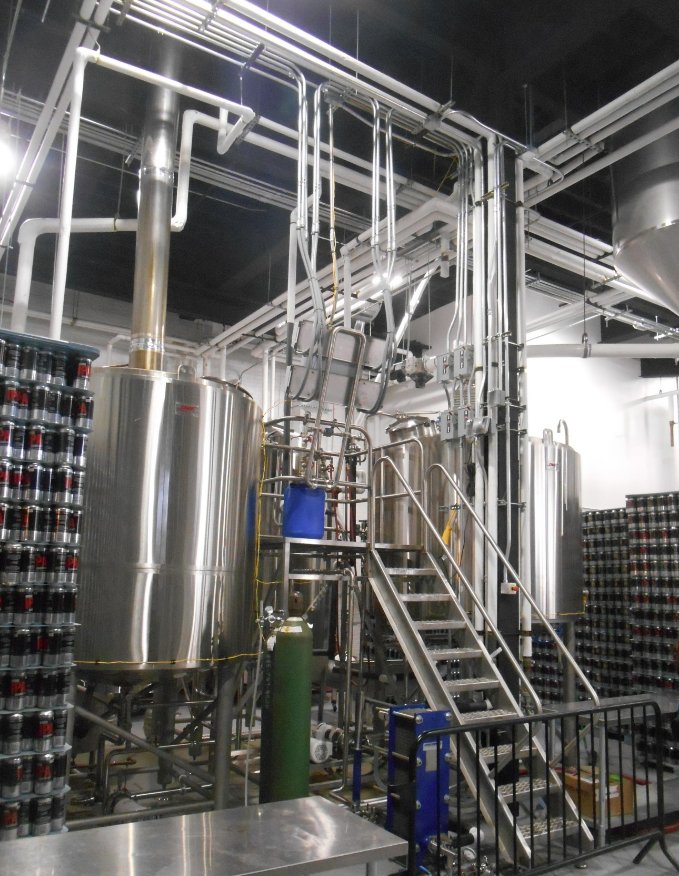 The Brewery itself is amazingly clean, with pipes and tanks of gleaming stainless steel. 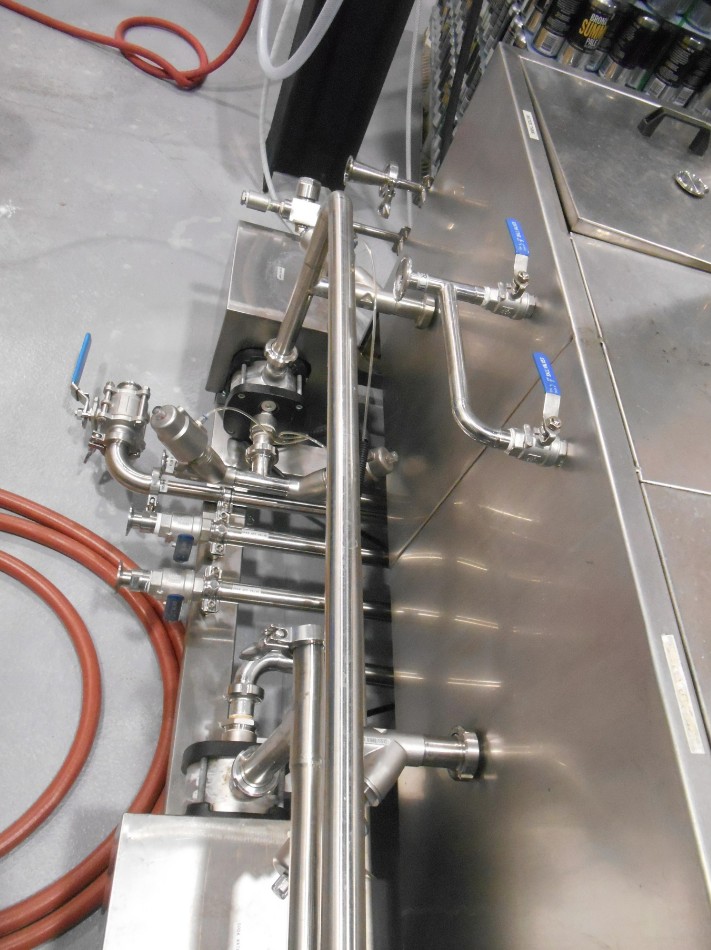 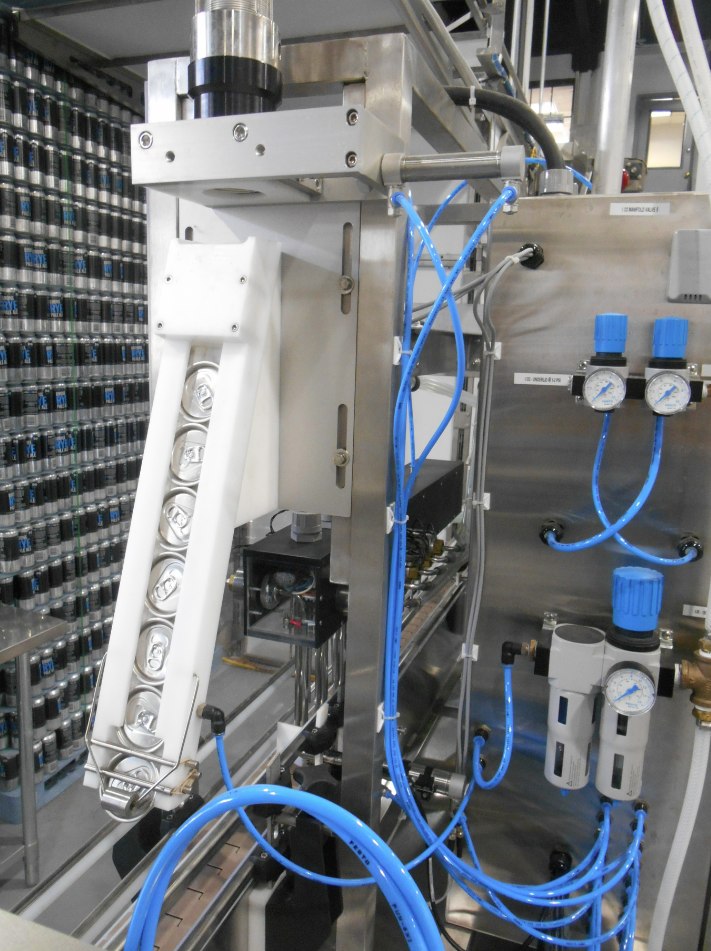 In addition to their already legendary Pale ale plus their Belgian, Rye and IPA, they are steeping beer in reused oak casks to impart new flavors to their brew. 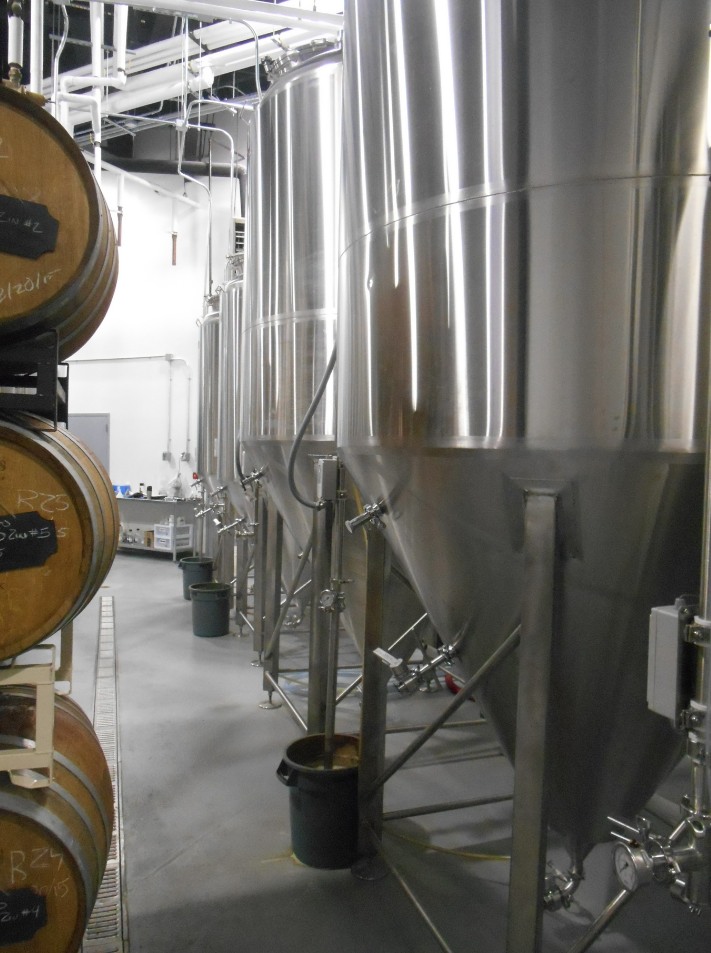 The whiskies, wines and cognacs in the oak create new flavor profiles, and they’ll be sold as limited runs. 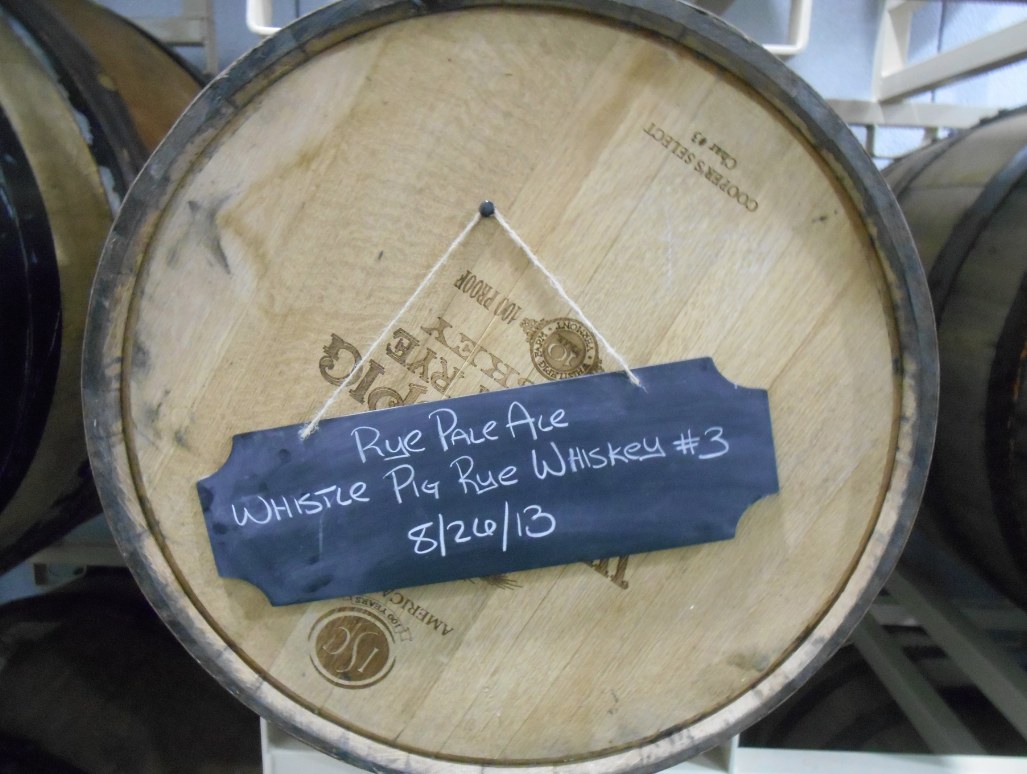 Walk further through the brewery and a back door leads to their beer garden! 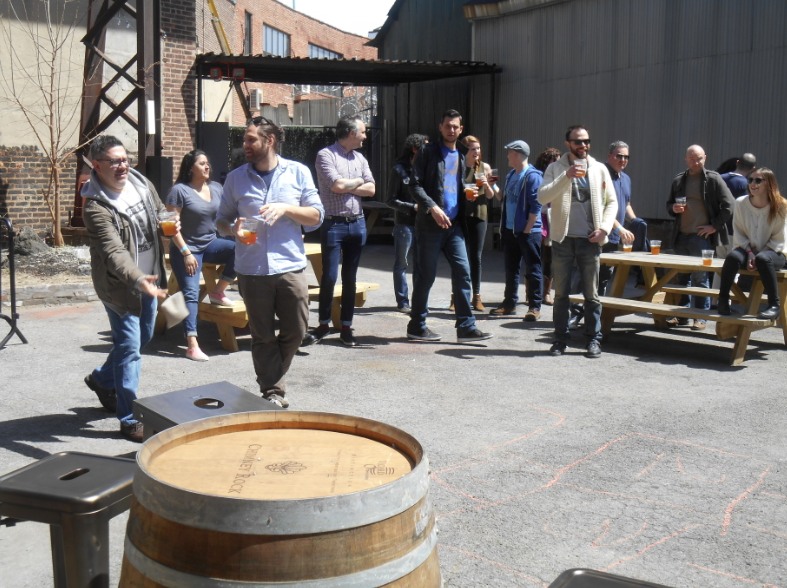 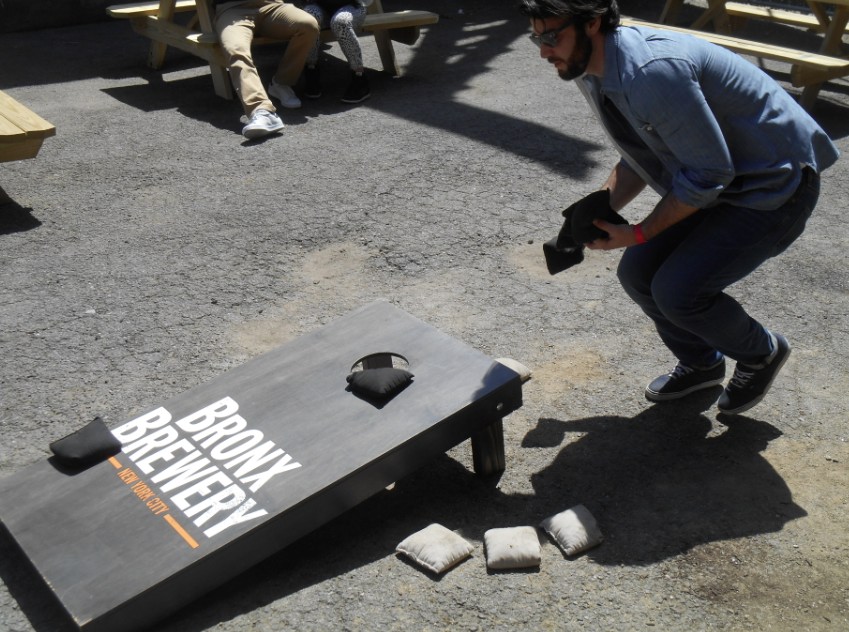 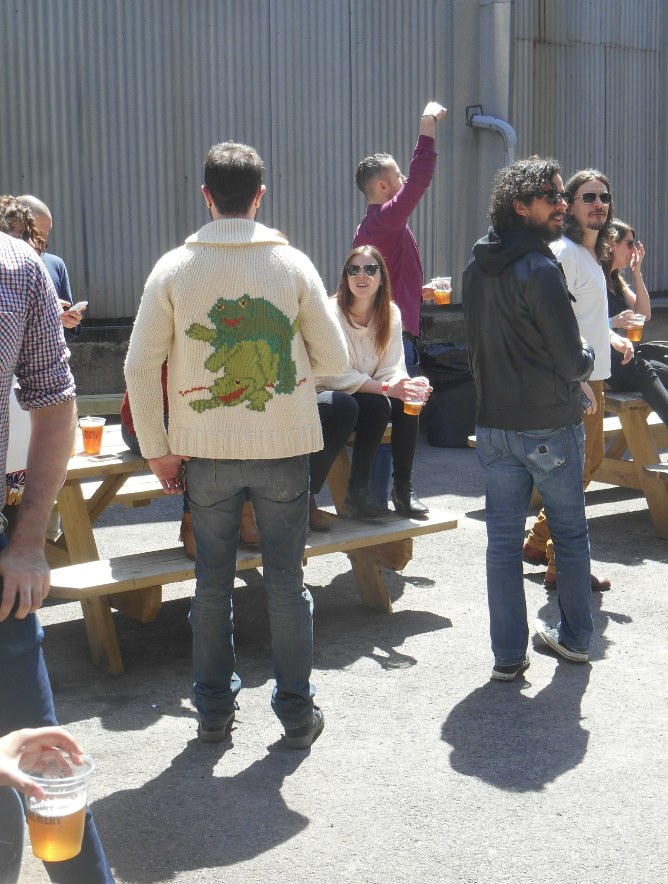 This is going to be an excellent Summer. :-) 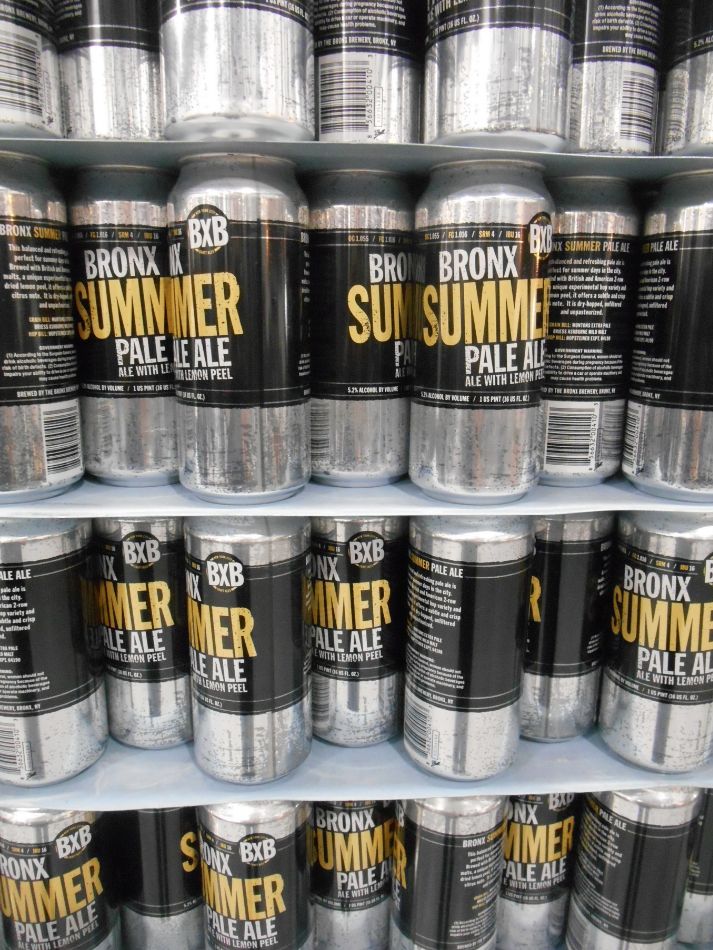 Andreas projected a run of about 12,000 barrels this year.

There are 31 gallons in a barrel. 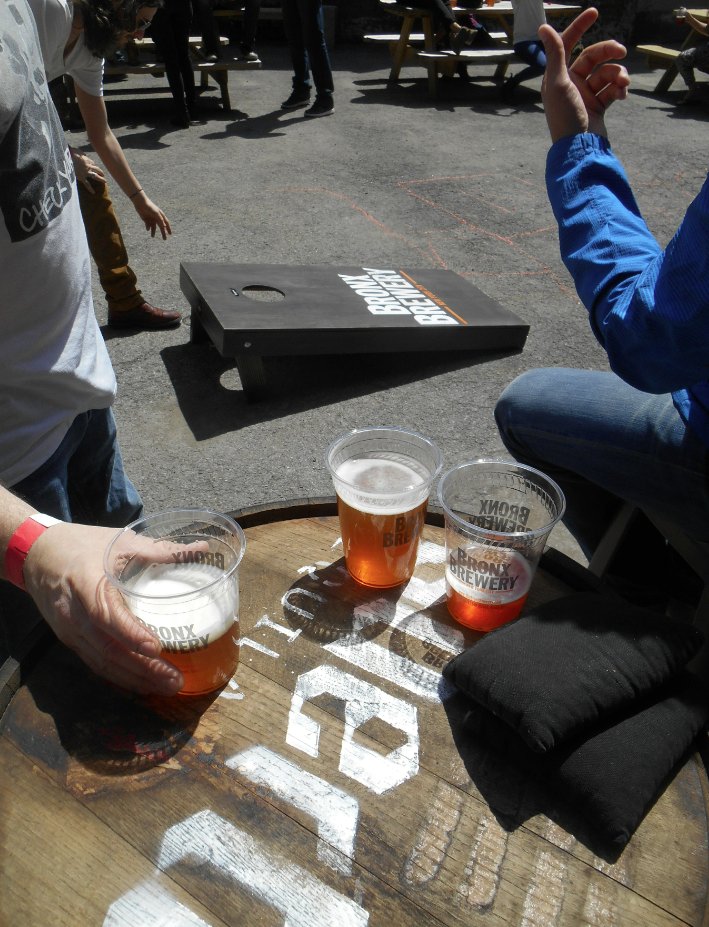 So that’s about 8,000 gallons every week, enough to fill this 8K pool. 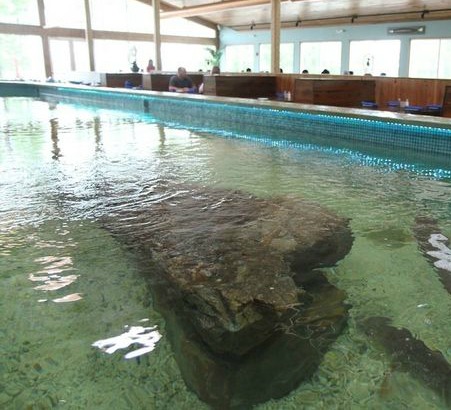 Stop by tonight at Charlies and sample a few. 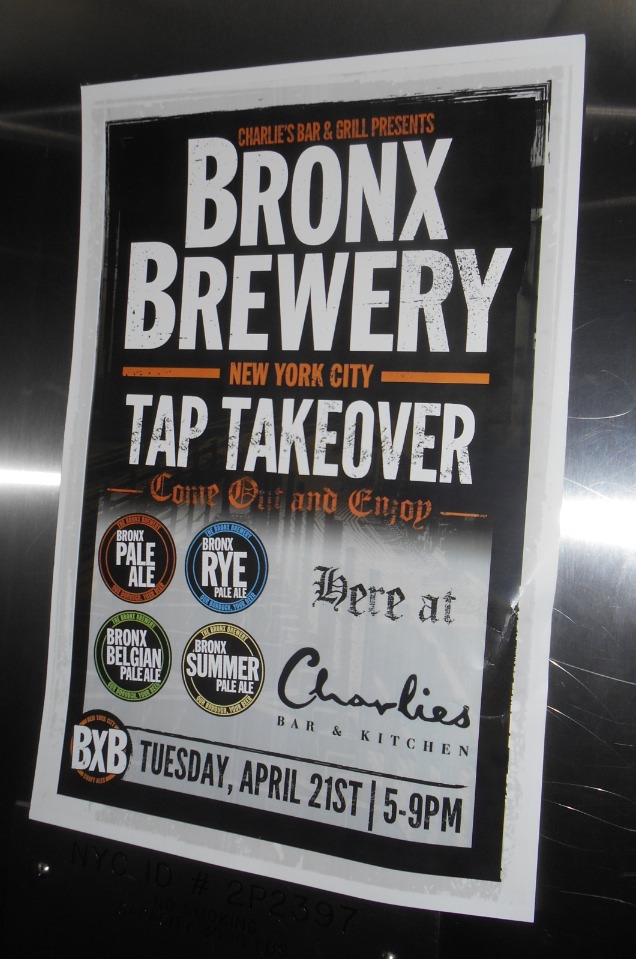 The Bronx Brewery is their featured guest tonight!