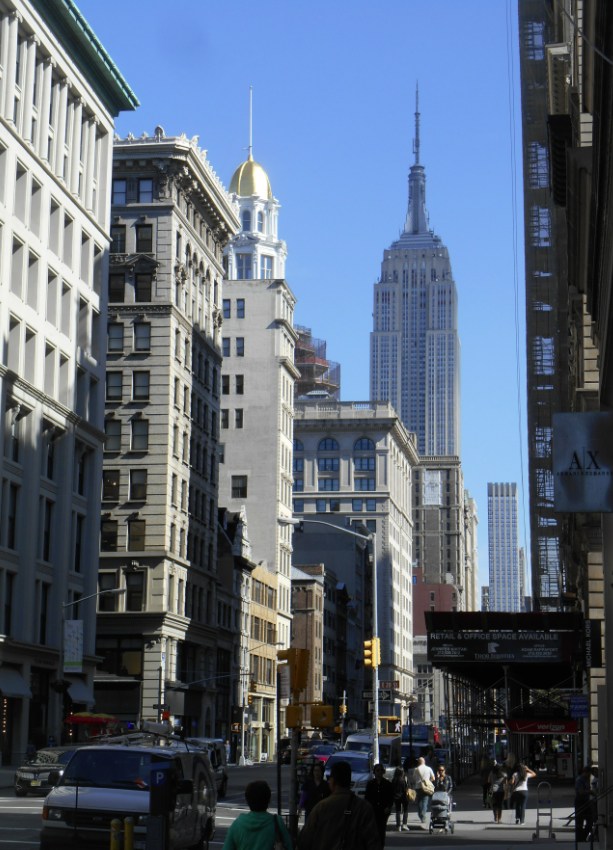 Hard to believe, but that stretch of Fifth Avenue below 23rd Street was once a row of stately brownstones for the wealthy. 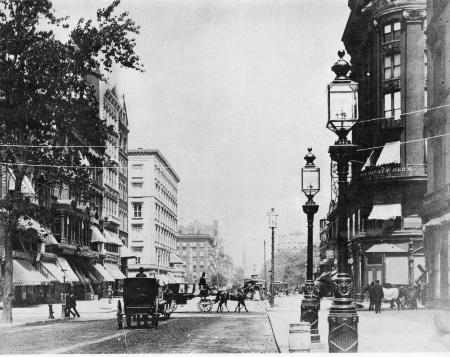 In the aftermath of the Civil War, these private homes were considered among our finest and that’s why the Lady’s Mile along Broadway was so high falutin’. 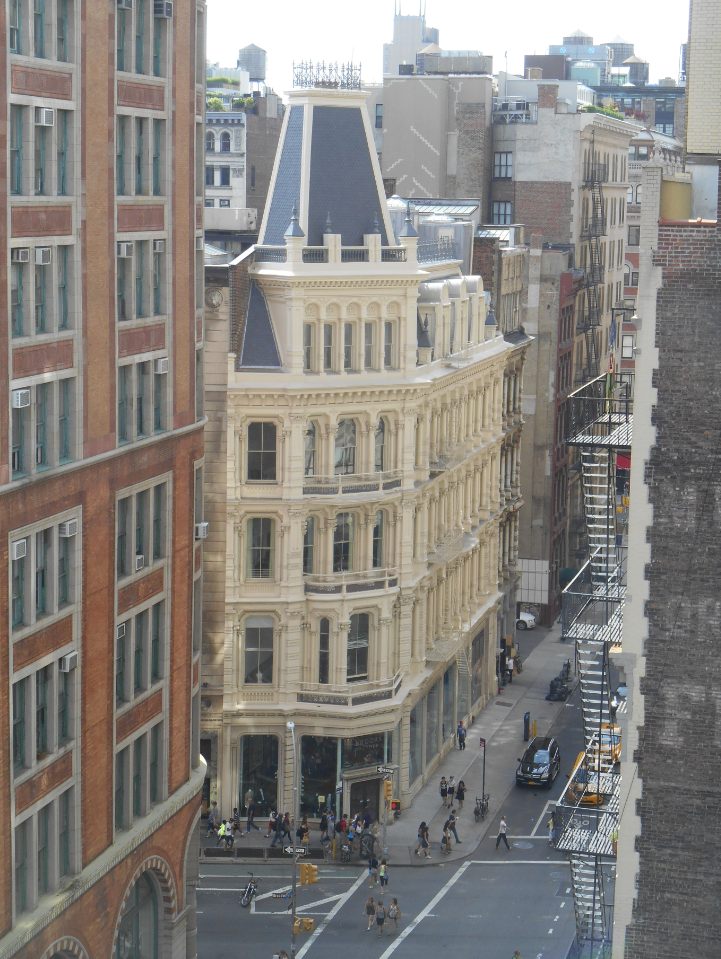 But by 1886 when our ClockTower was being built, that stretch had lost its glamour. 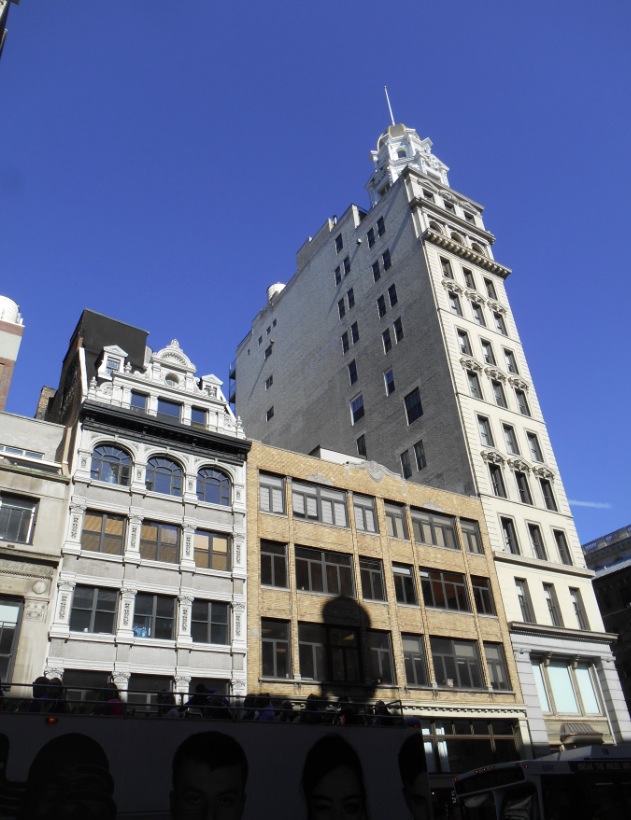 So the quiet brownstone at 166th Fifth was demolished and a “wedding cake” building sprang up in its place. 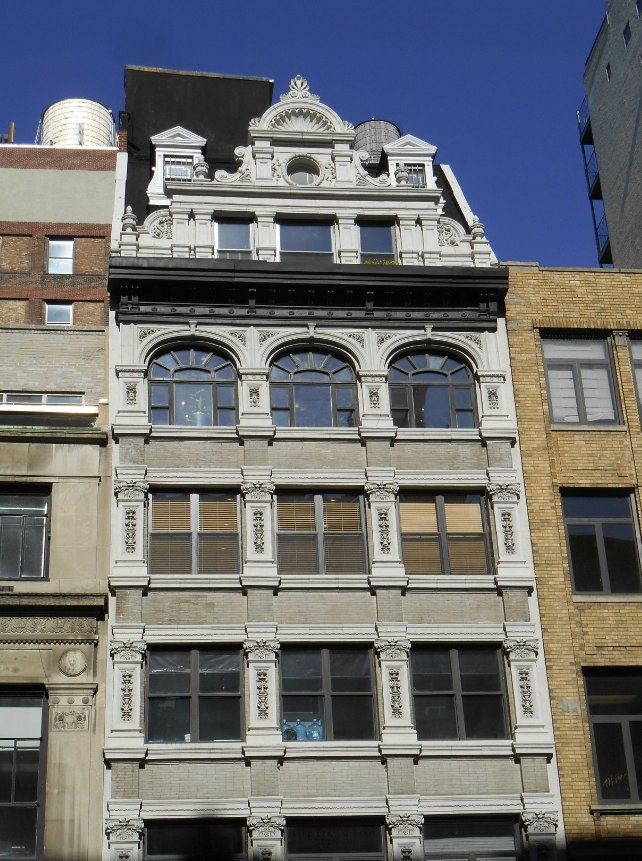 Designed by the Parfitt Brothers and completed in 1900, this over-the-top 7 story became home to art dealers early and then garment makers later in its life. 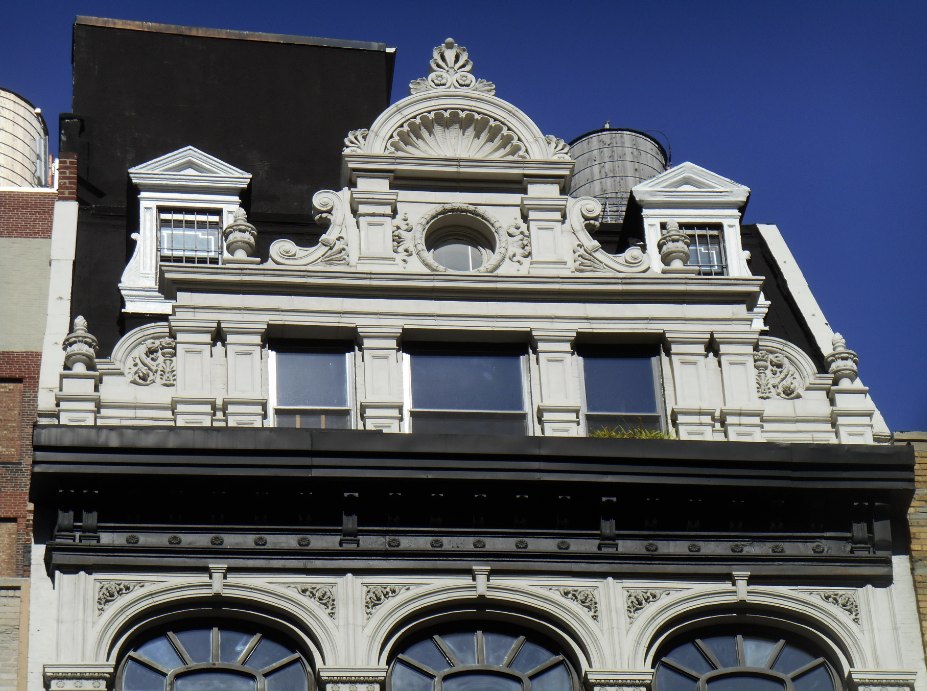 It features an oculus window, carved urns and fancy spandrels above elliptical windows.

A spandrel is that little triangle of space created
when two arches come together. 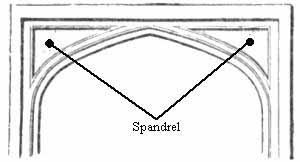 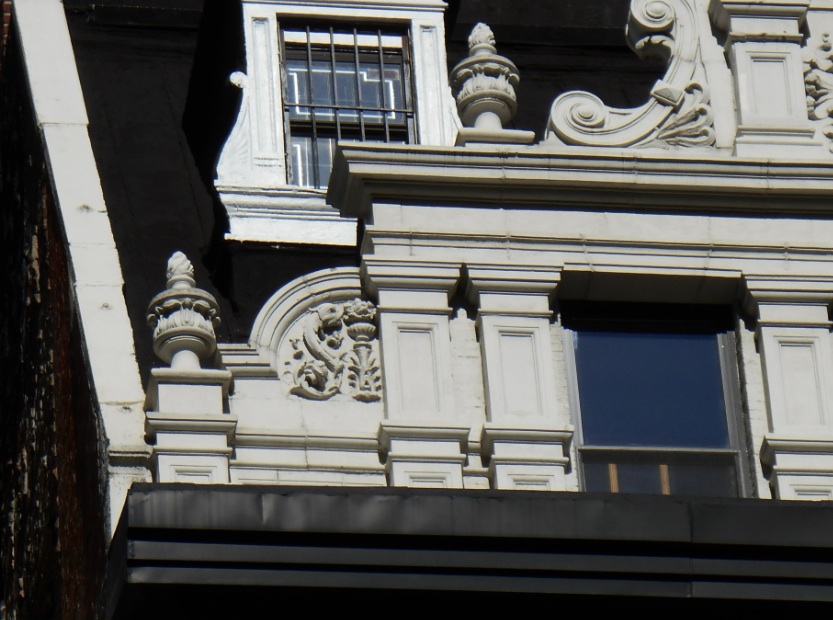 Some doofus in the 1970’s thought it was a good idea to strip the street ornamentation and replace it with sleek granite, now home to Eileen Fisher. 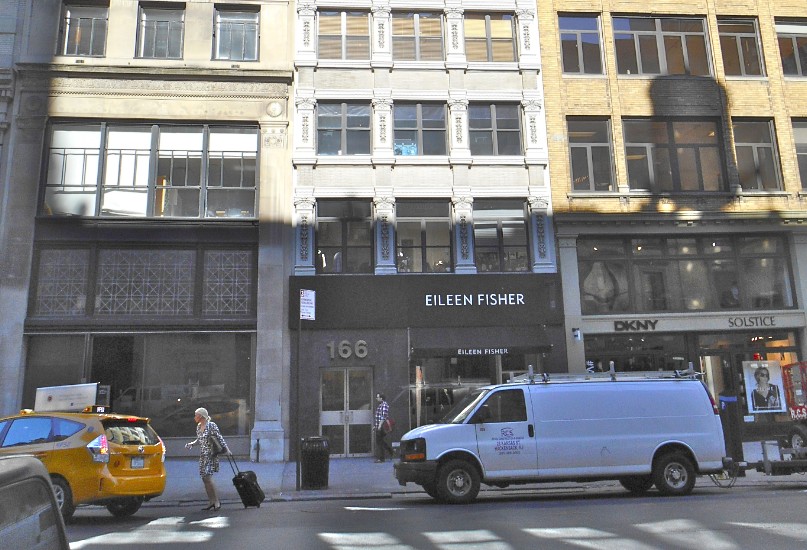 But the glorious cornice remains,
like a crown on the heir to a throne. 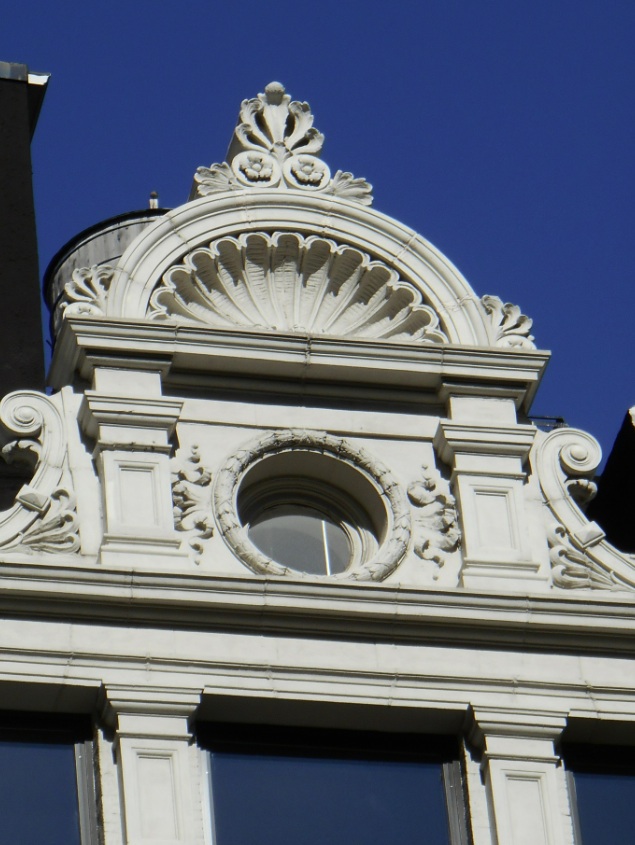 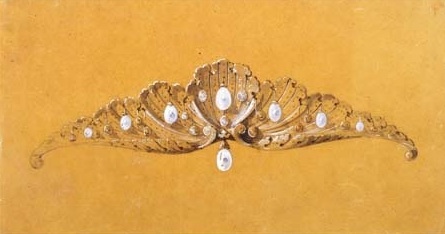