Riviera is Italian for "coastline" 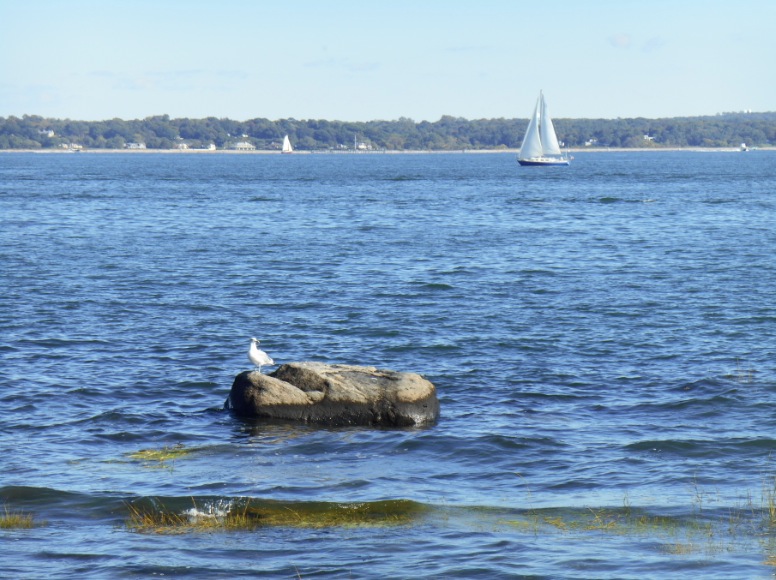 After the 1929 stock market crash, the American economy tanked. 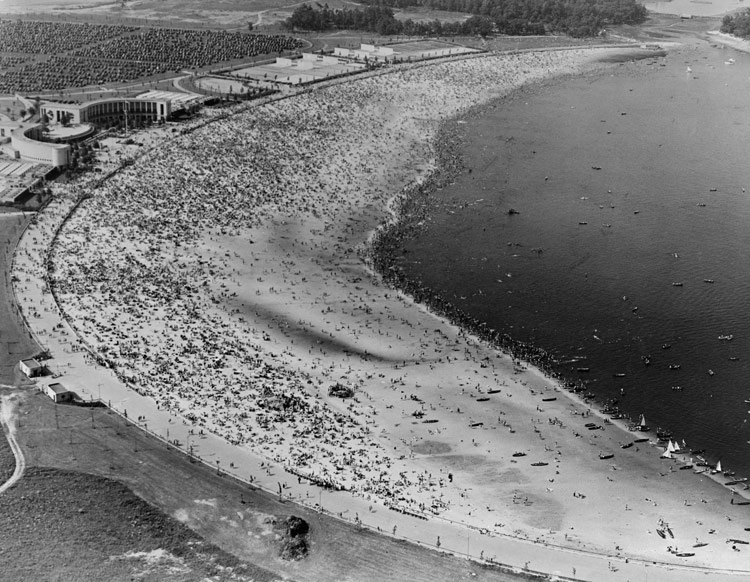 The next year saw massive layoffs and the Federal Works Progress Administration was created. 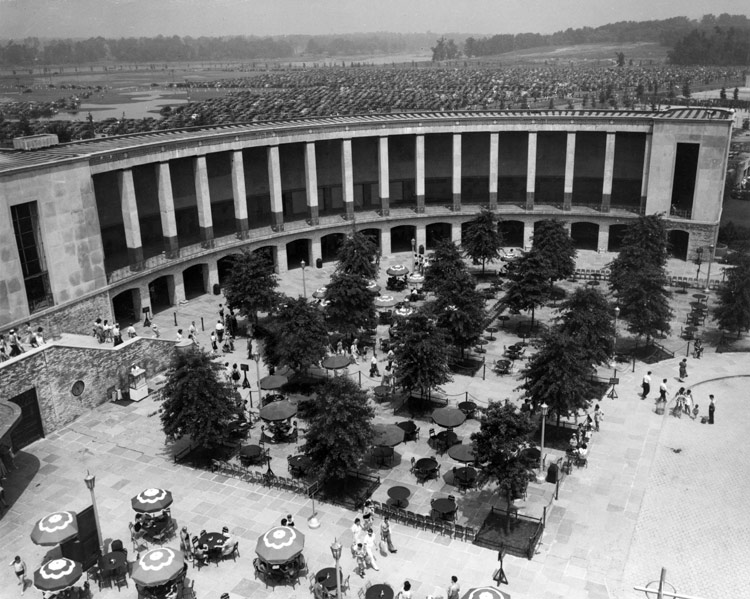 This made Federal tax money available to put construction back to work, and urban planner Robert Moses saw his chance. 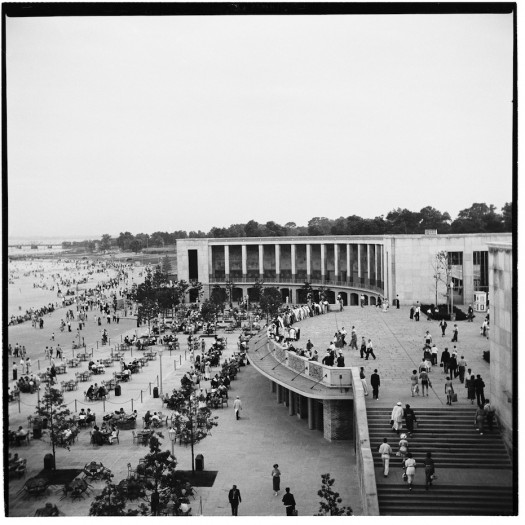 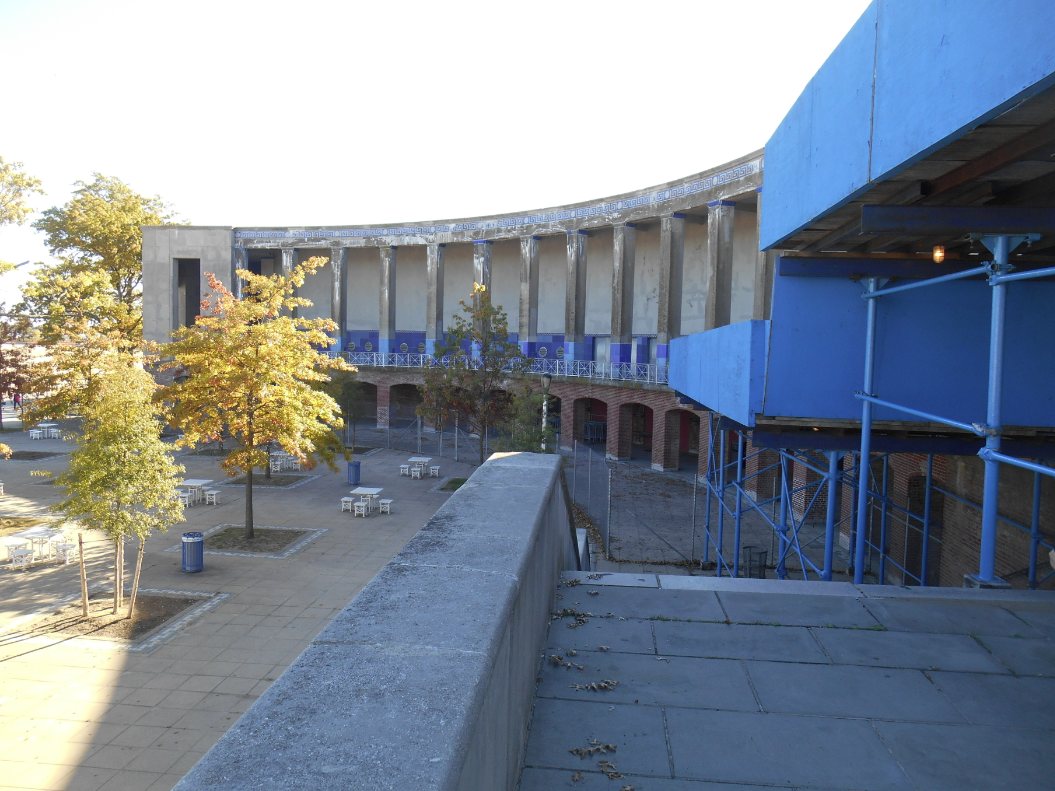 He turned to architect Aymar Embury II and according to the Landmarks Preservation Commission they pulled off “among the most remarkable public recreational facilities ever constructed in the United States.” 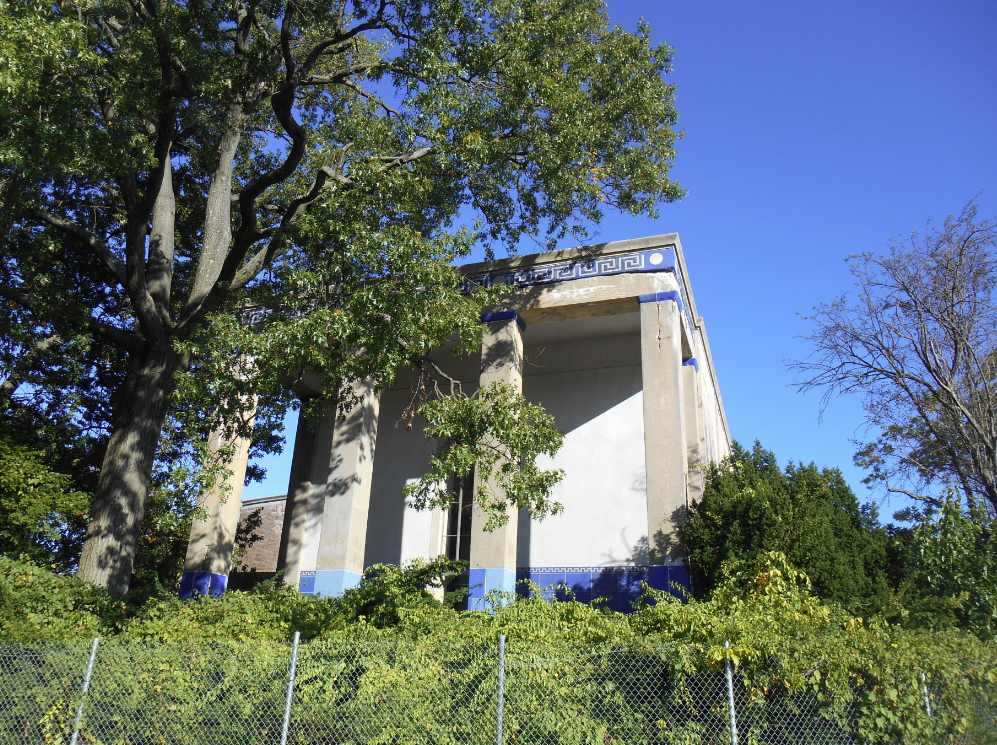 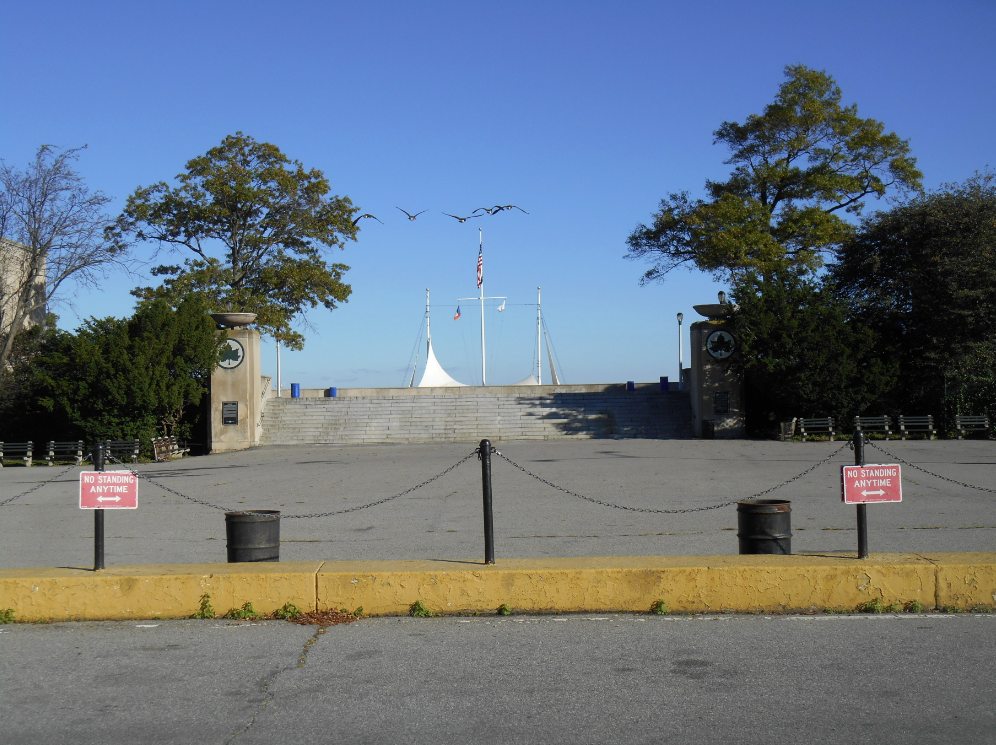 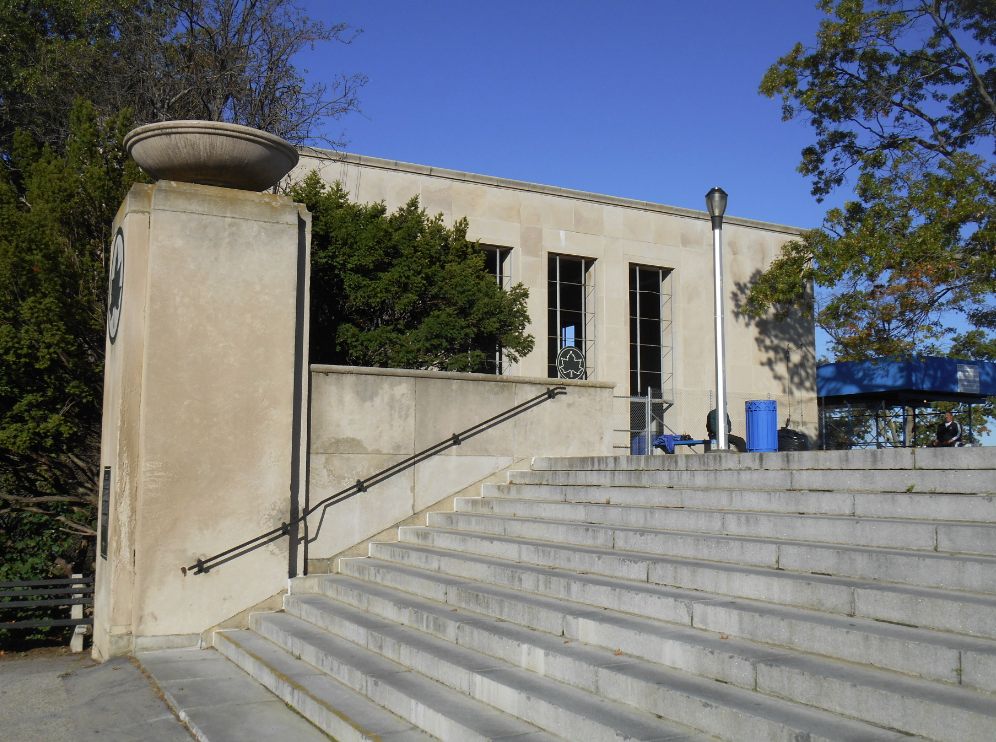 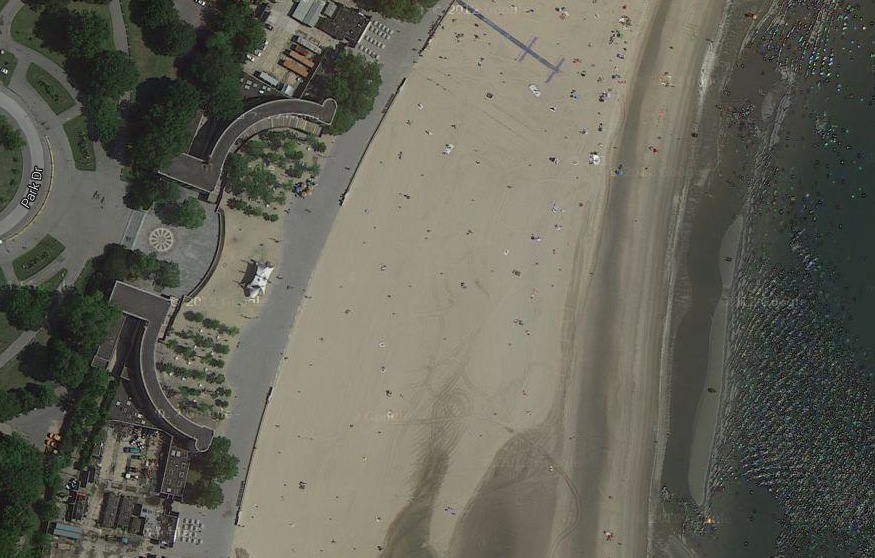 googleearth
Embury designed the bathhouse as a riff on the Palais de Chaillot, in Paris. 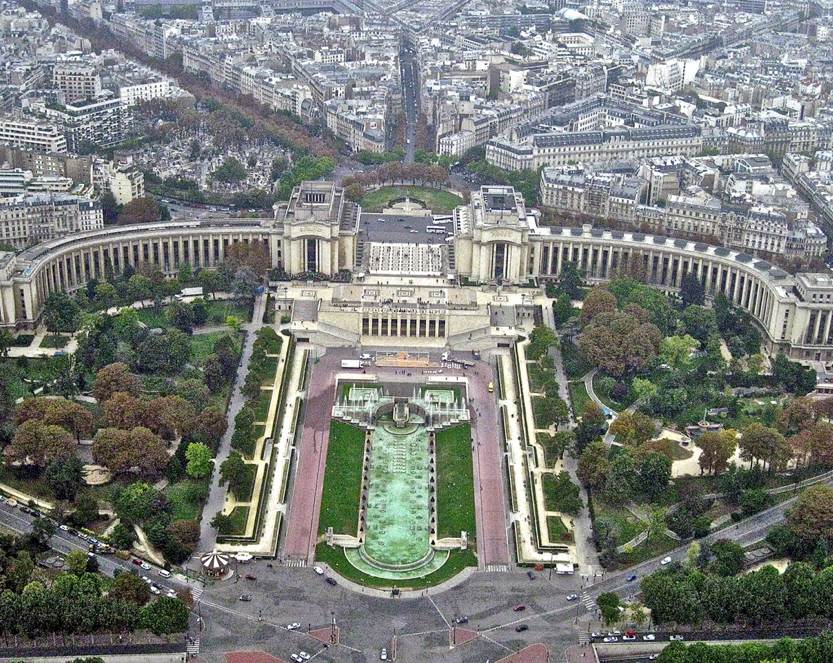 It was an immediate success. 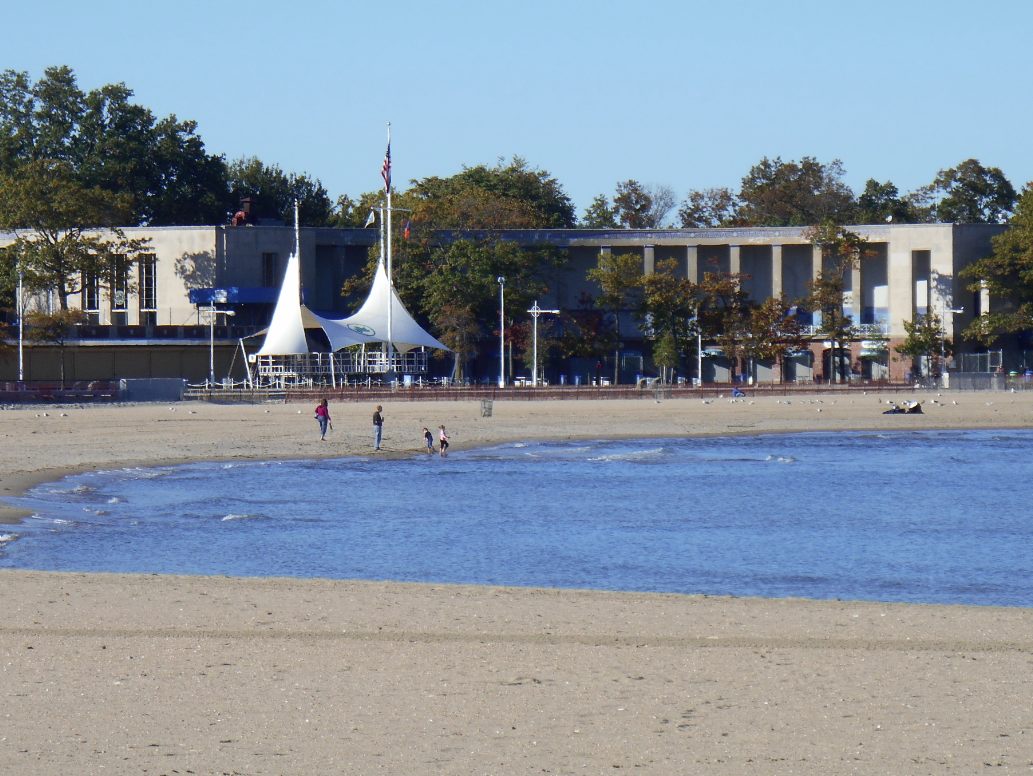 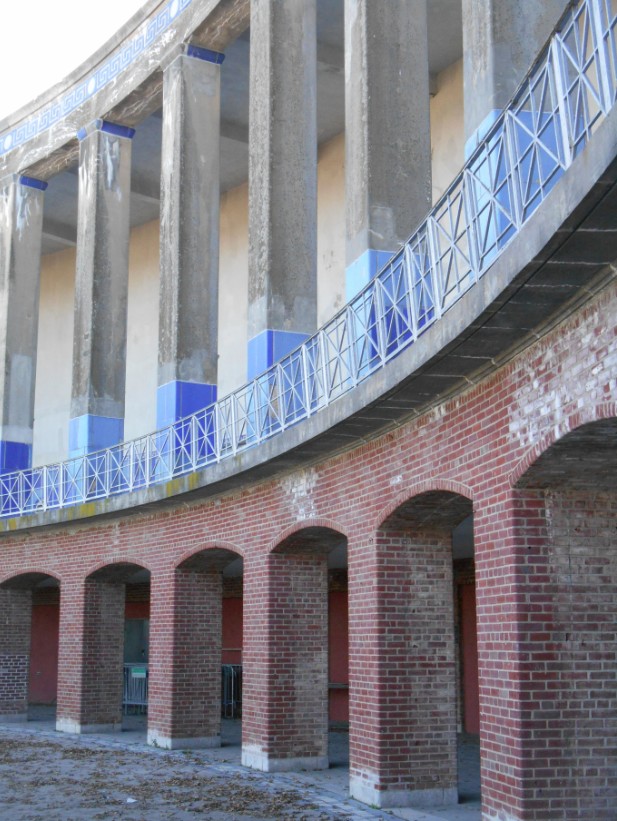 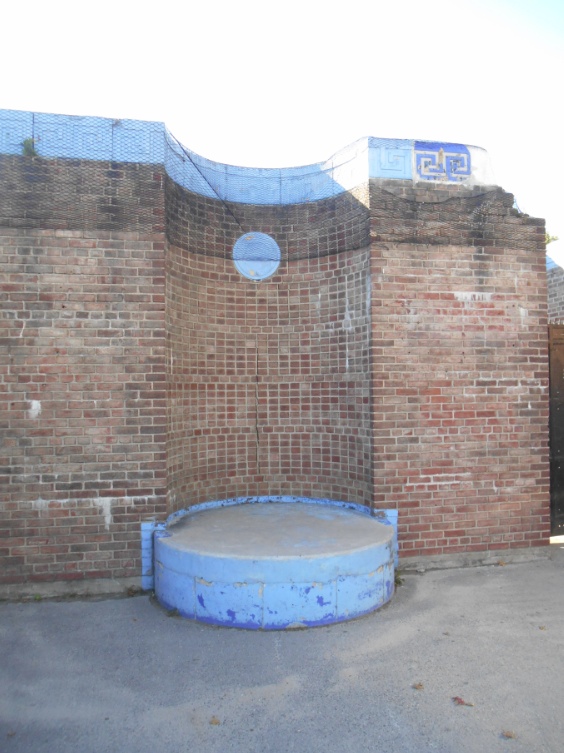 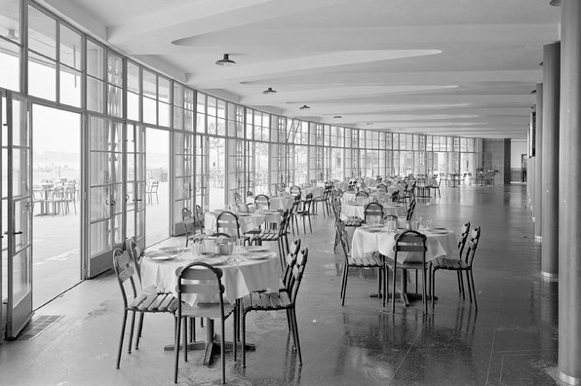 But time, wind and water has taken its toll.

A $2.4 million study of the pavilion revealed it suffers from alkali-silica reaction, a process in which moist salt air degrades concrete. 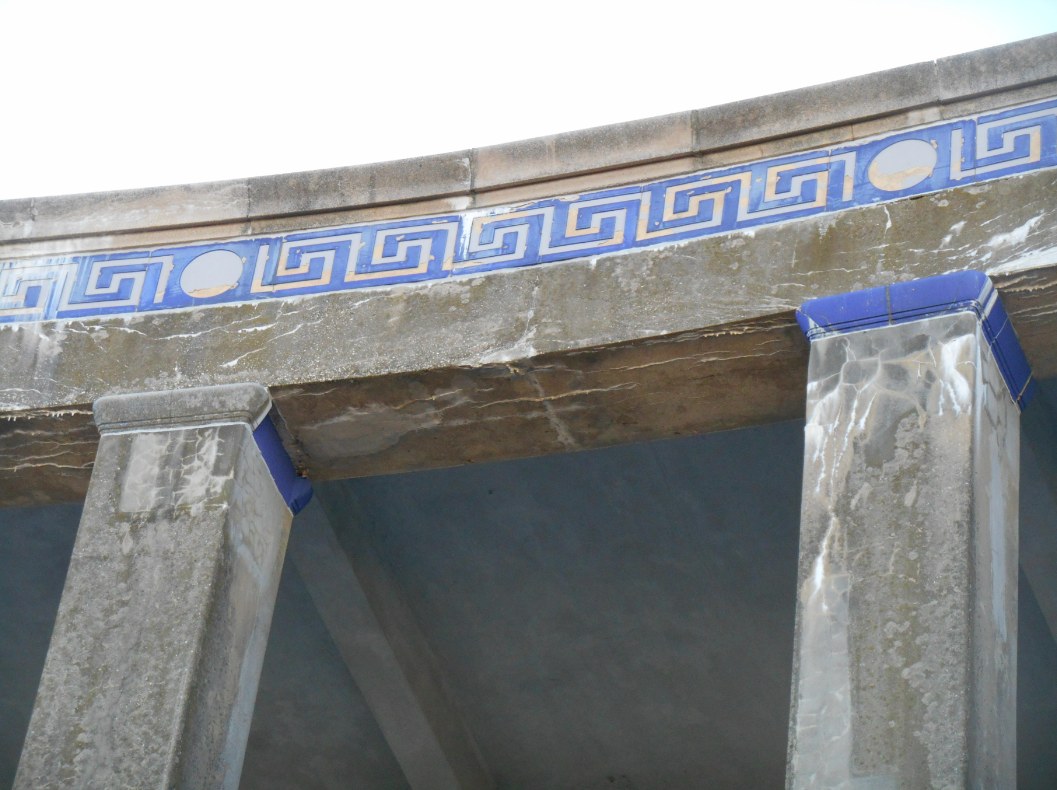 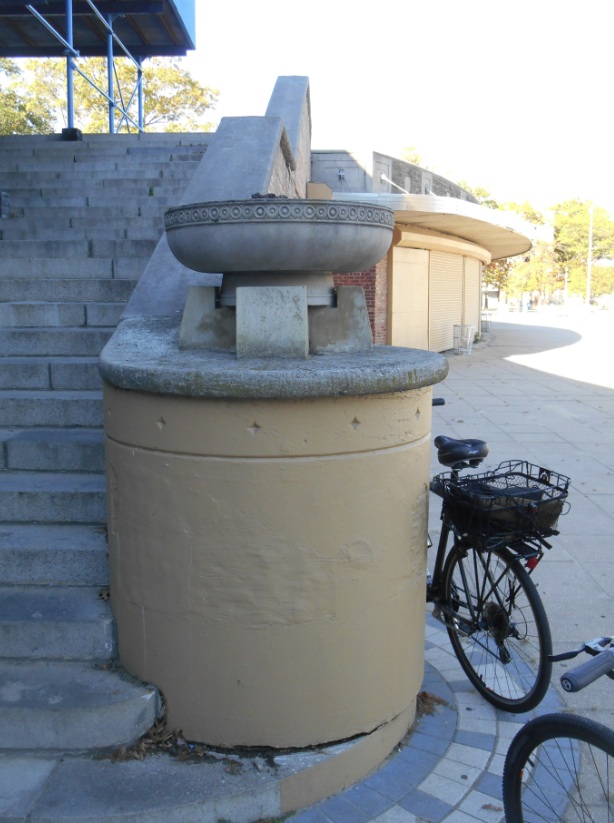 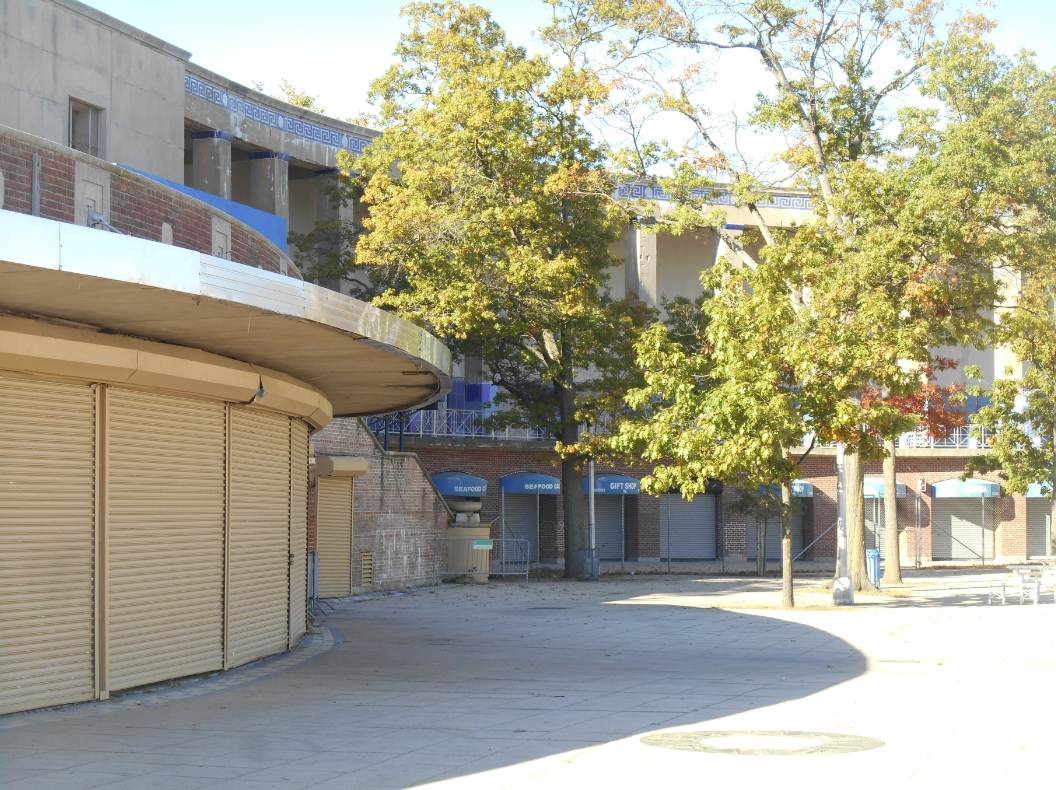 Chain link now keeps people away from falling chunks of tile and cement. 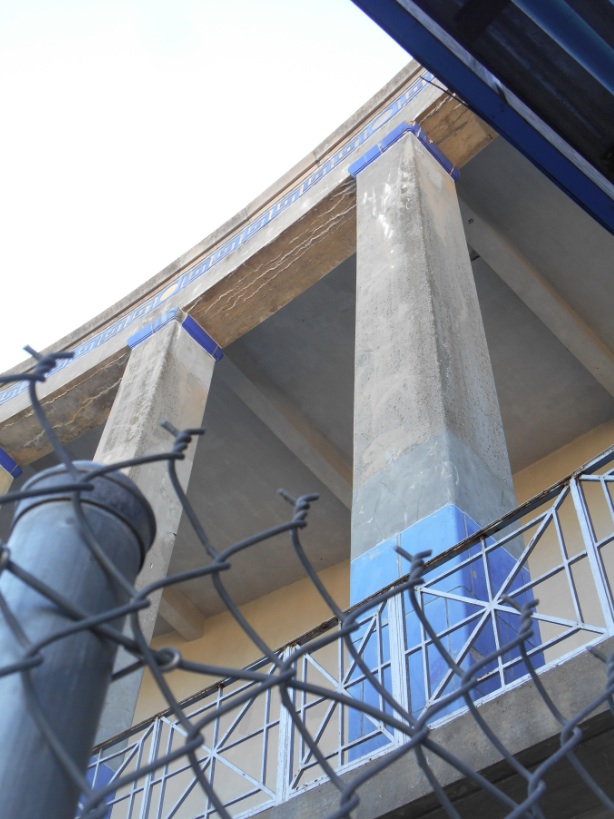 Demolition appeared to be inevitable, but some think it can be saved for about $50 million. 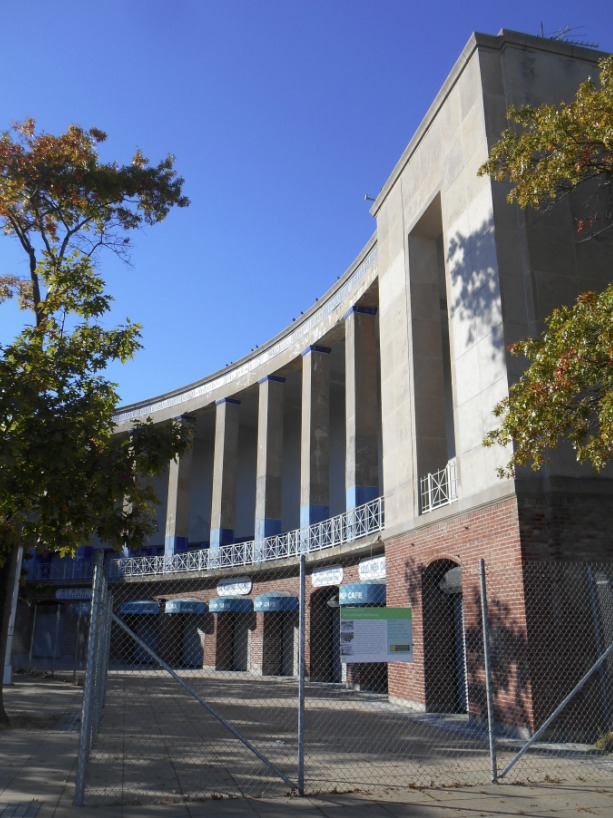 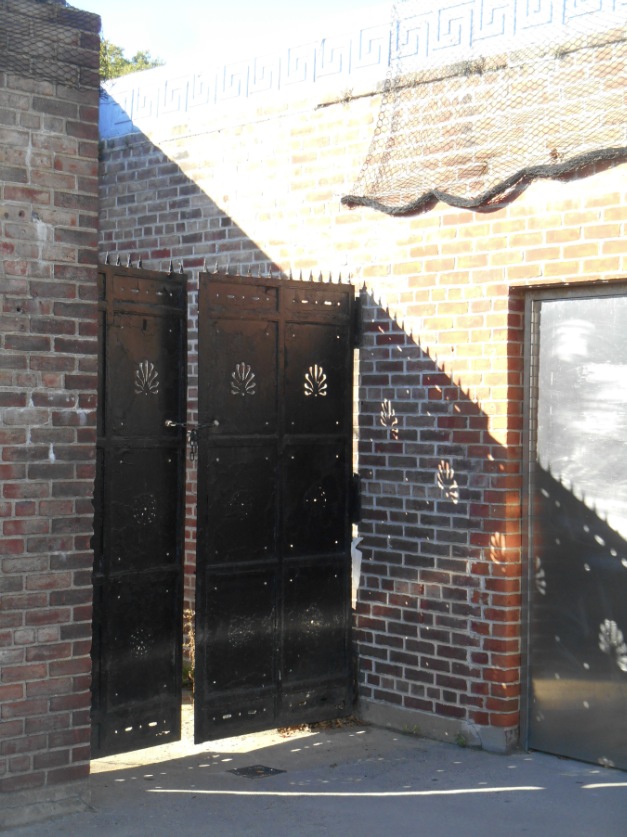 Whether Mayor de Blasio will value this Bronx landmark enough to save it is anybody’s guess but doing nothing is no longer an option. 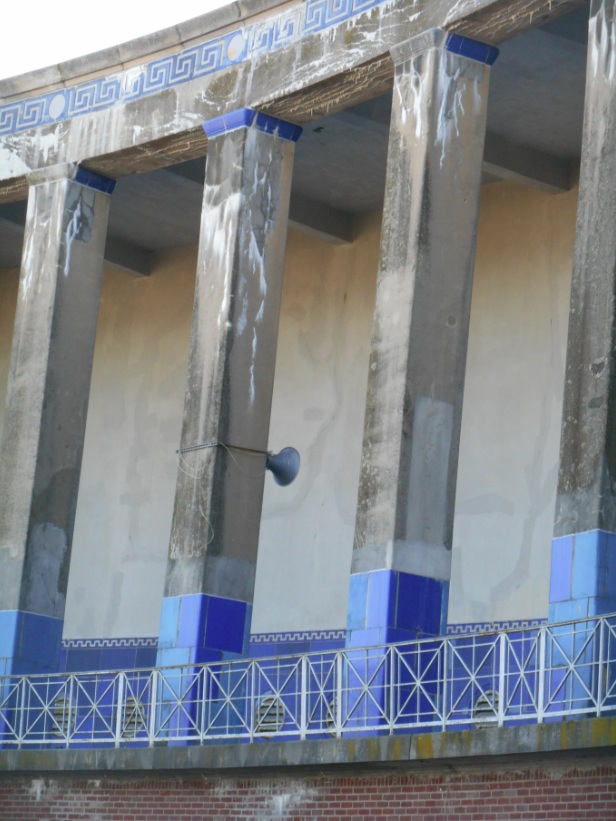 Left to deteriorate demolition will be next, and a fond memory of our Bronx will be lost to the weather. 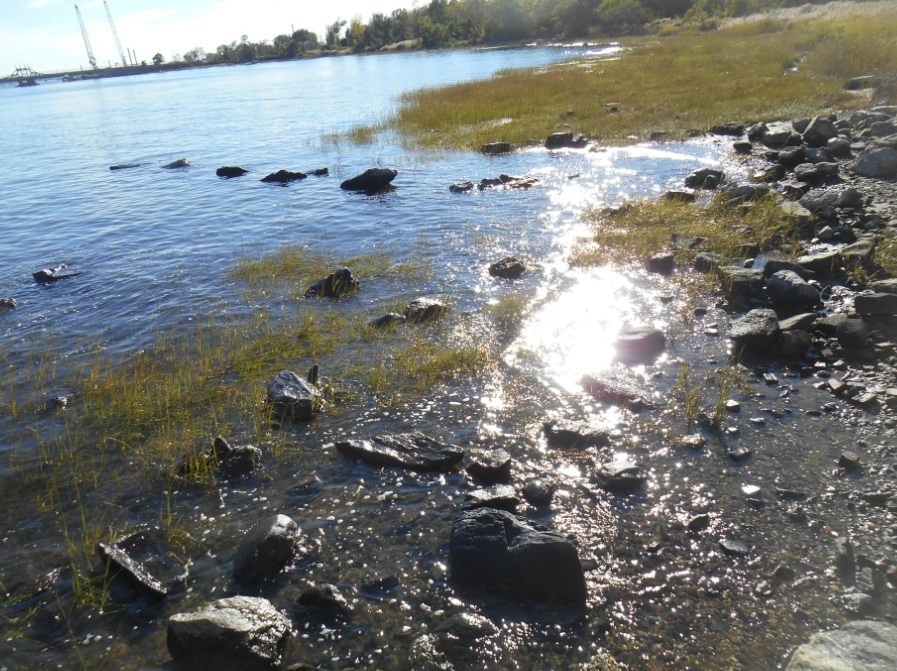