going to the dogs 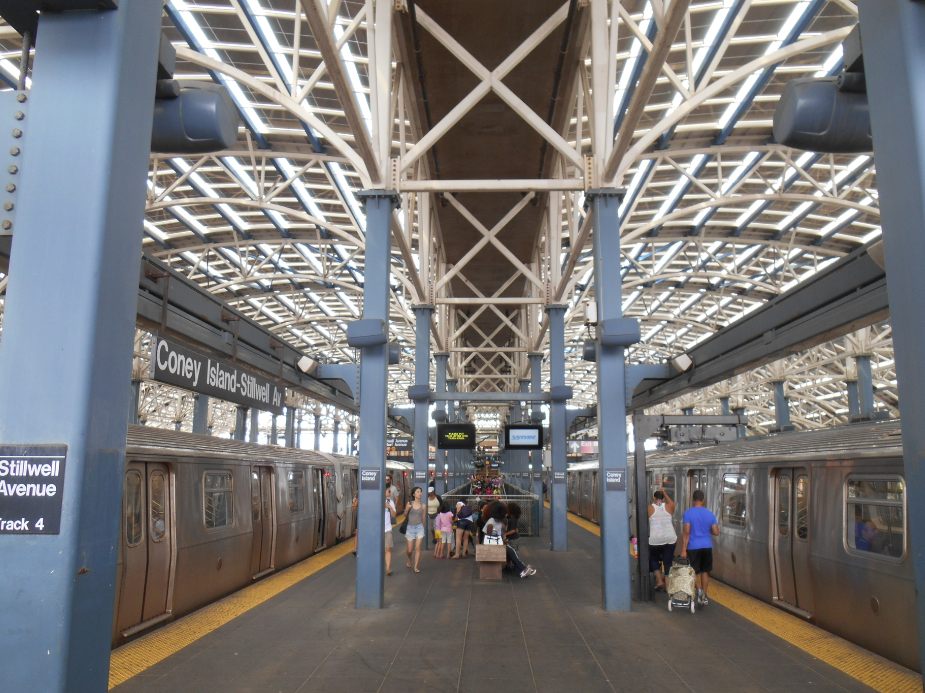 Nathan Handwerker, the hot dog guy, was born in Poland four years after our ClockTower, in June, 1890. 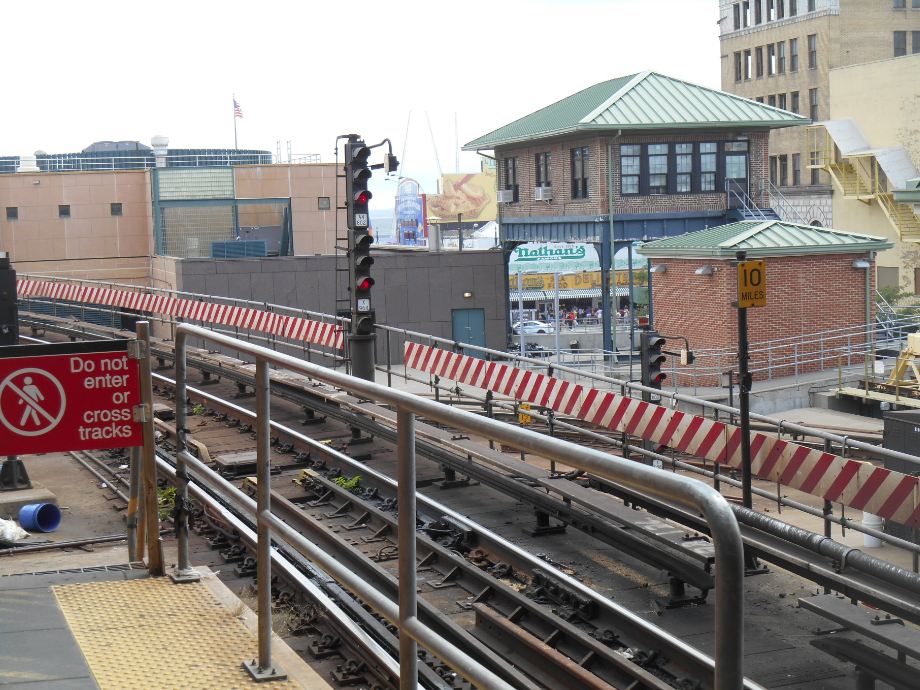 After coming to America when he was 22 years old, he and his wife Ida opened the first “Nathan’s Famous” four years later, in 1916. That’s him on the far left. 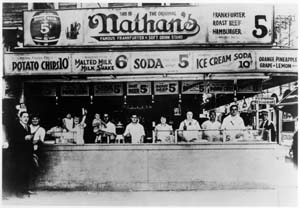 Back then the hotdogs were a nickel and made from
Ida’s secret recipe.

By the 1940’s when this black and white was taken, Nathan’s Famous was an institution. 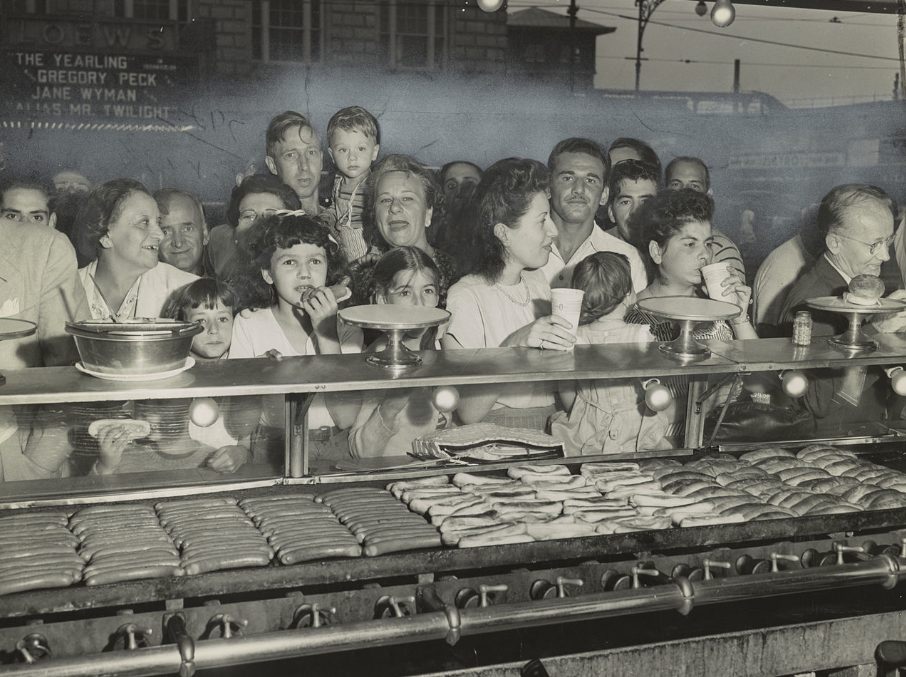 President Franklin Delano Roosevelt served Nathan's Famous hotdogs to the King and Queen of England in 1939 and had them shipped to Yalta when he met with Winston Churchill and Josef Stalin. 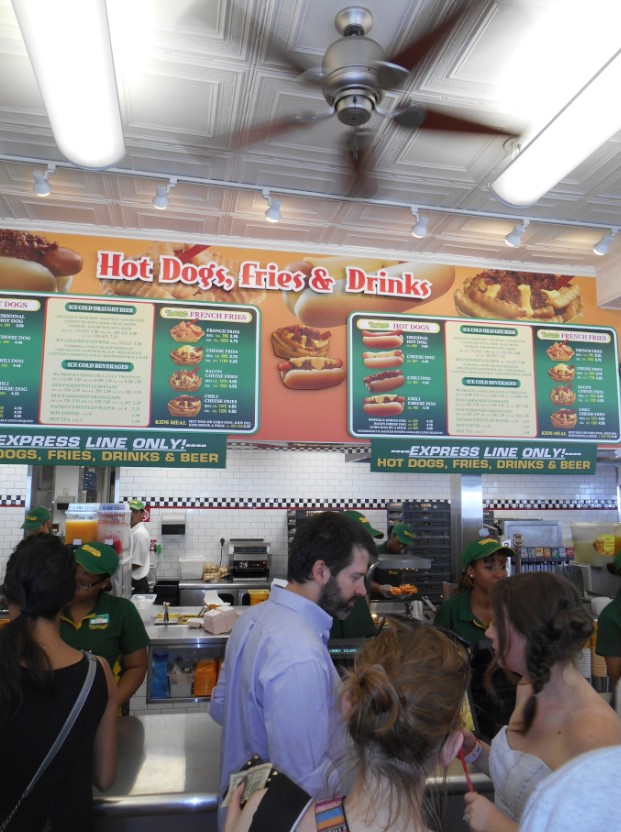 Nathan’s son Murray took over in the late 1950’s and then sold all locations and the trademark in 1987. 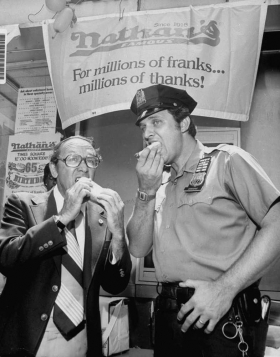 By 1990 Bill Handwerker the founders grandson also left, and Nathan’s Famous has been a corporate entity ever since. 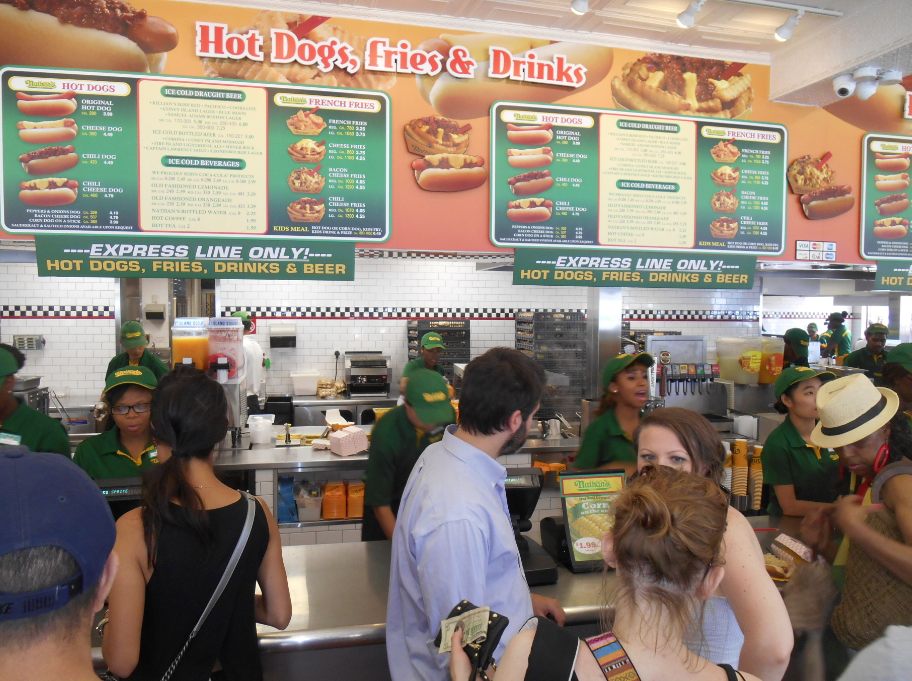 The original Coney Island Nathan's still exists on the same site as it did in 1916, open for business every day, 365 days a year. 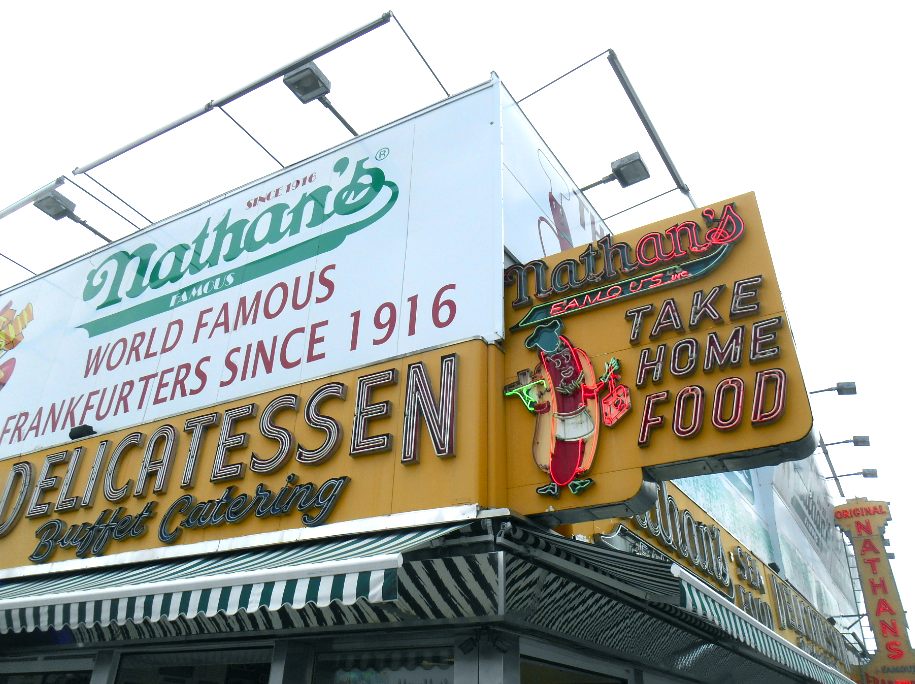 Hurricane Sandy put the grills and beer taps under 7 feet of salt water and shut Nathan’s down for almost 7 months, until May 23, 2013. 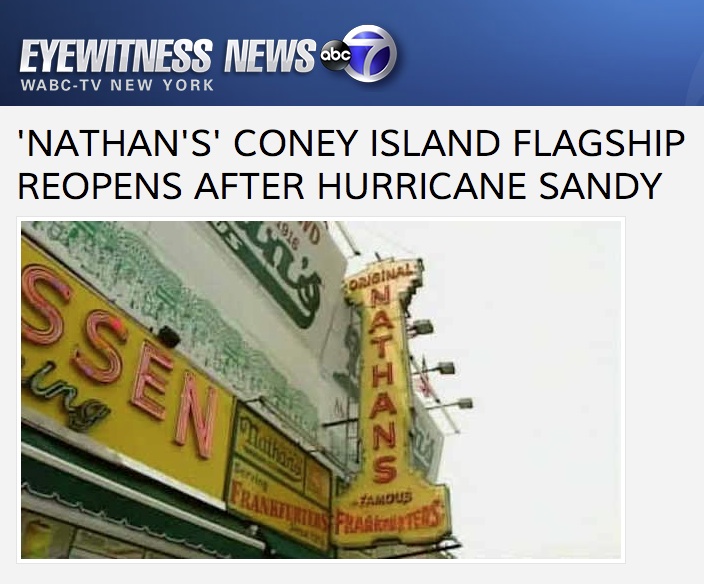 I still think I like the Papaya King dog better. 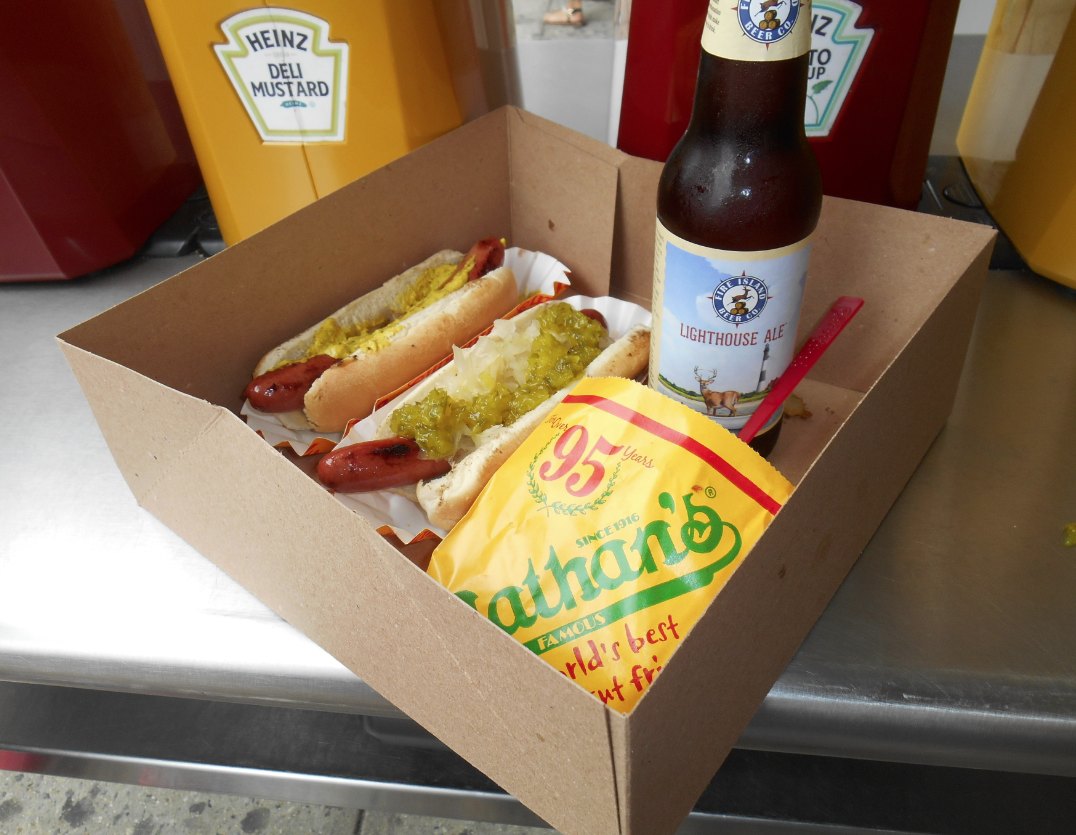