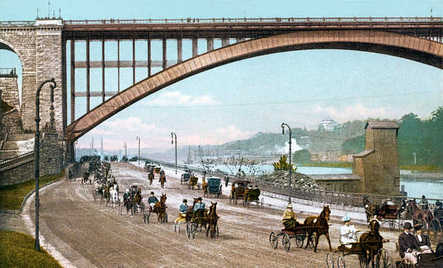 F. Scott Fitzgerald once said “The rich are different from you and me” and the Harlem River Speedway is fine evidence.

Or what’s left of it, anyway. 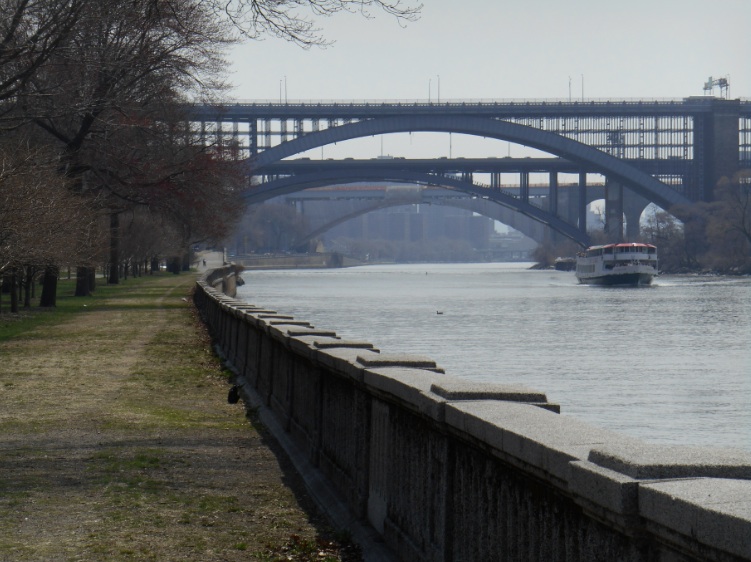 Construction began in 1894,
about 8 years after our ClockTower. 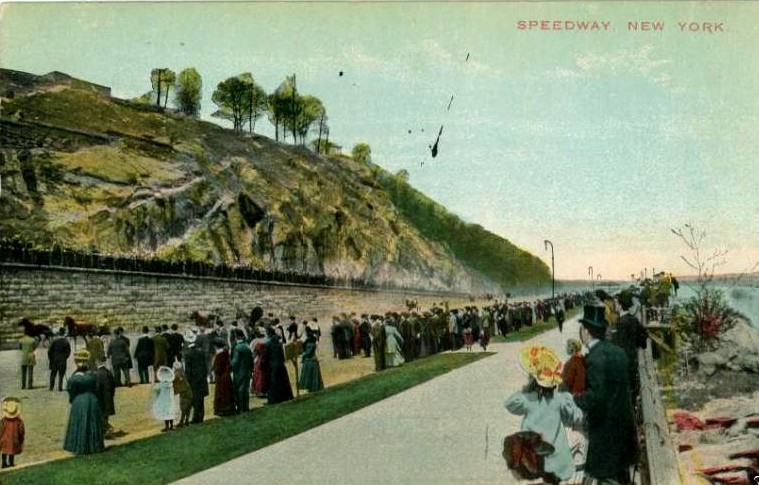 Wealthy men with names like Beekman and Vanderbilt were racing horse-drawn carriages down Seventh Avenue while cops turned a blind eye. 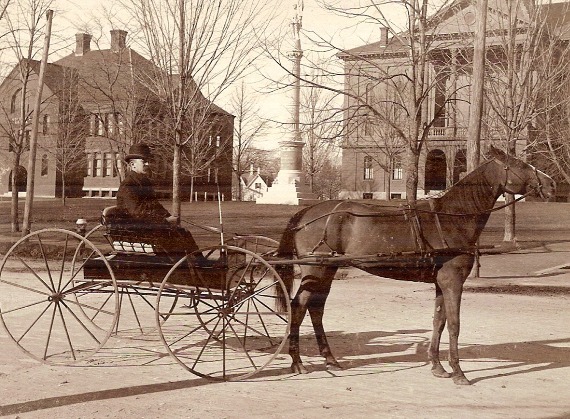 Things were getting dangerous and so taxpayer money was used to create a playground for New York City’s elite, 2 ½ pristine miles of world class racing track along the Harlem River. 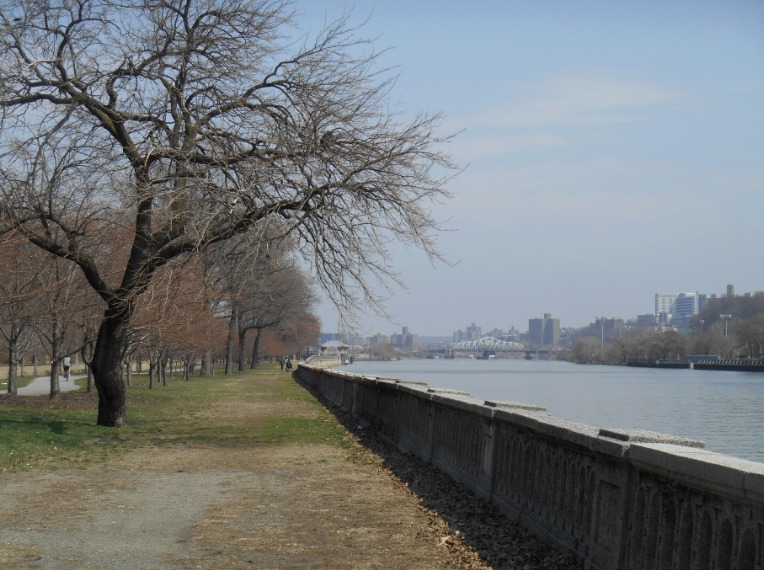 It ran from 155th Street all the way to Dyckman Street in Inwood. 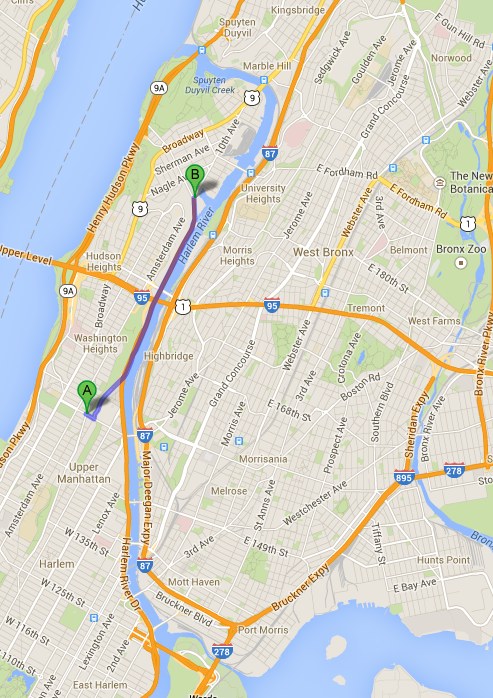 Budgeted at $1 million and completed at five times that in 1898, it was cheered by the wealthy but denounced by the middle class. 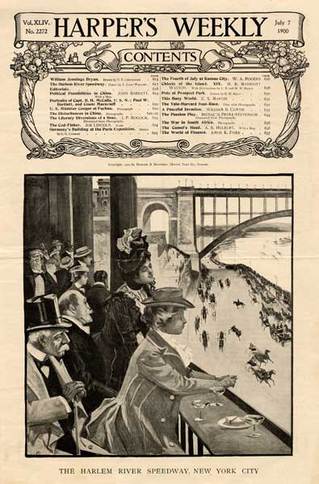 During the time of its construction, the Mayor had regretfully announced that $150,000 could not be found to build a public library. 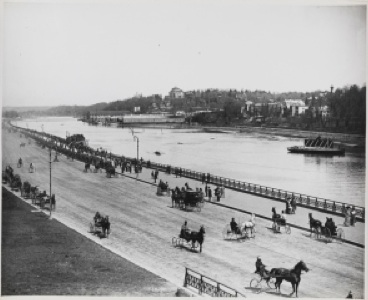 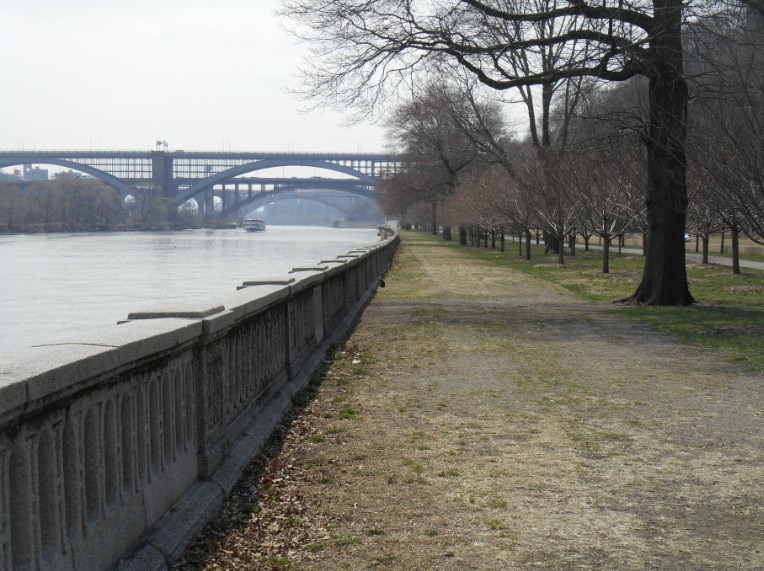 In fact, “A Horseman’s Paradise” in the November 1898 issue of Munsey’s Magazine derided “the men -– a few hundred at most – who own fast horses and want to ‘try them out,’ while “the Speedway money could have built thirty school houses.”

Still, it was a big hit with the well off for about a dozen years until the auto came along. 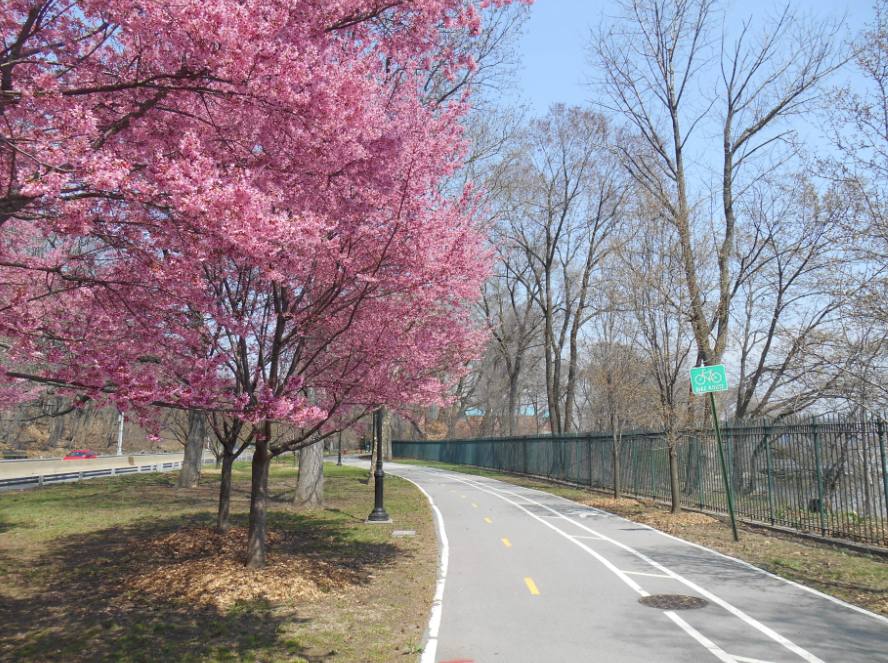 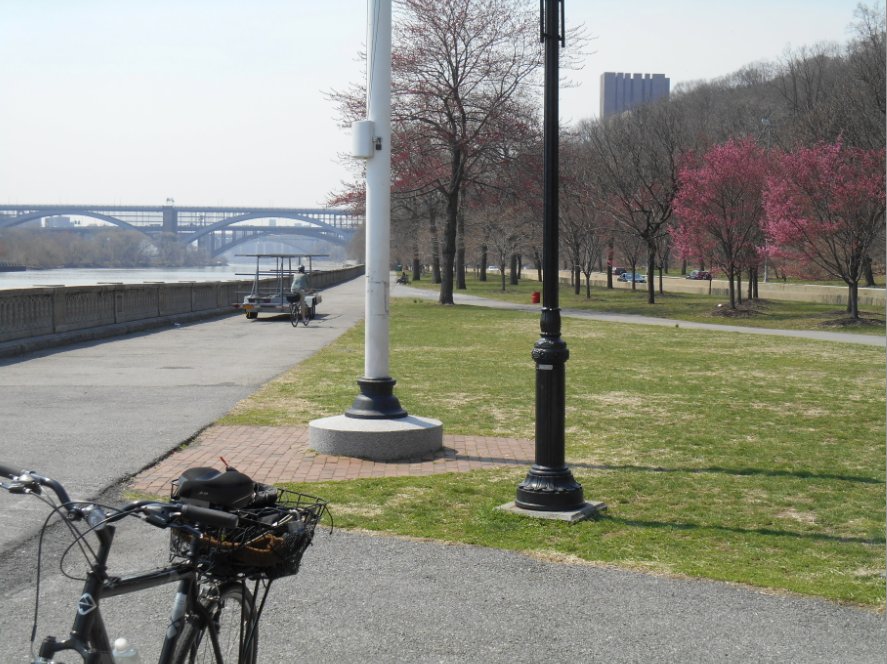 It was opened to motorists in 1919 and paved over three years later, renamed the Harlem River Drive. 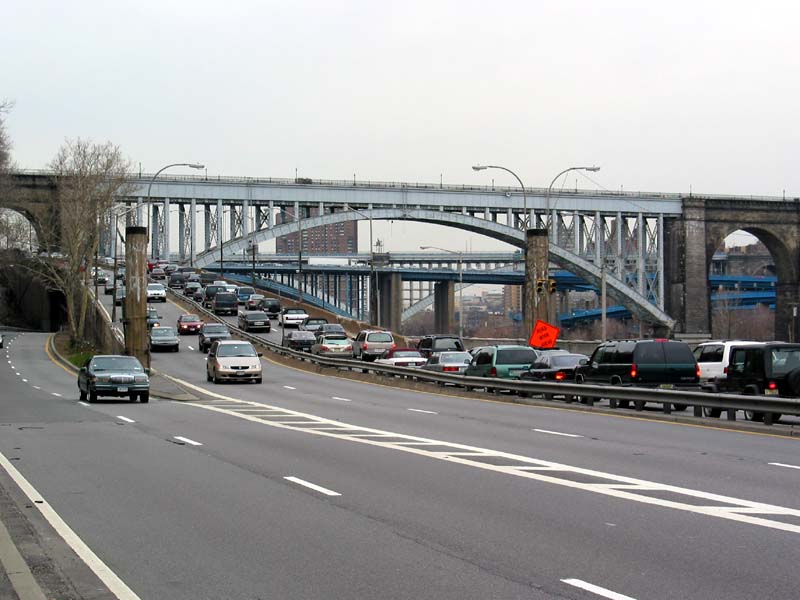