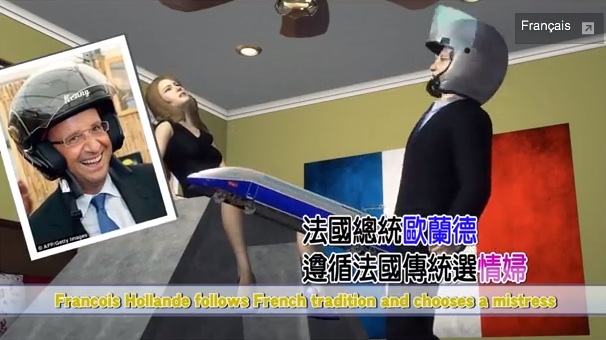 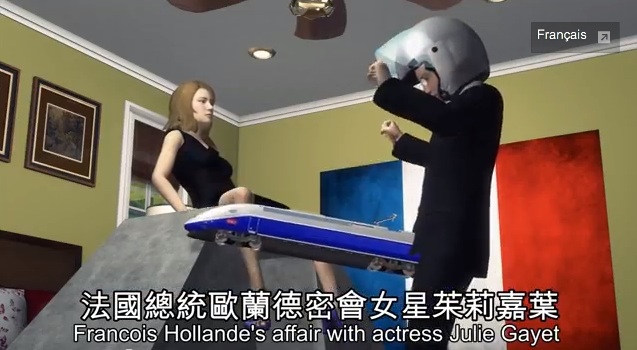 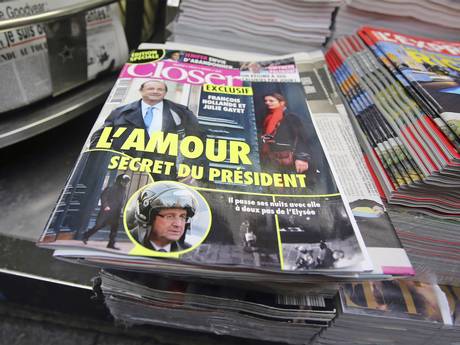 So he’s been sneaking out on an iron horse. 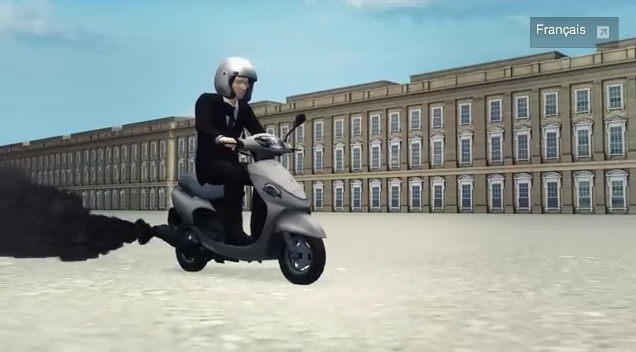 Closer magazine staked out his secret lover’s apartment and caught him wearing a helmet, while being chauffeured through Paris by a bodyguard. 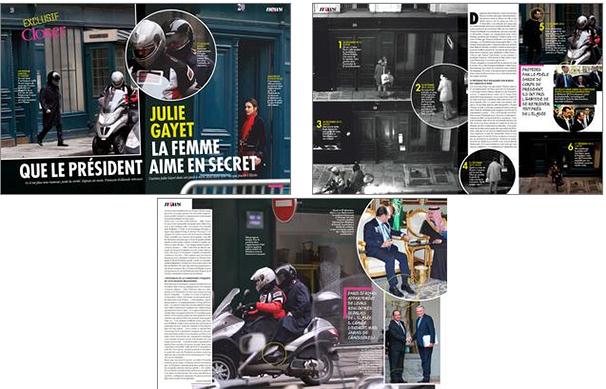 His authority over French media pulled the story from the web and now he’s being spoofed all over the internet. 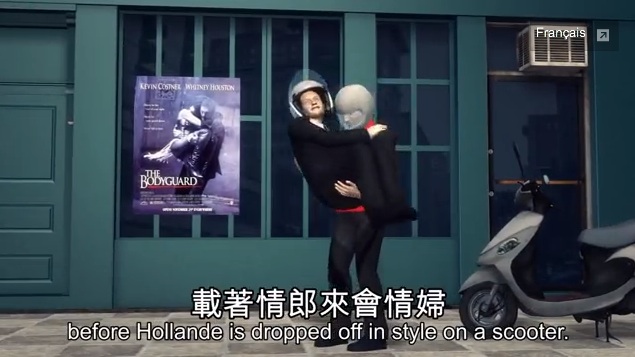 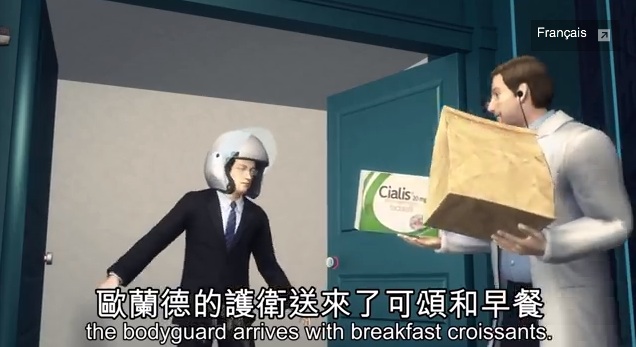 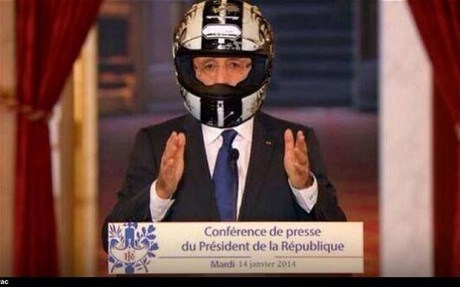 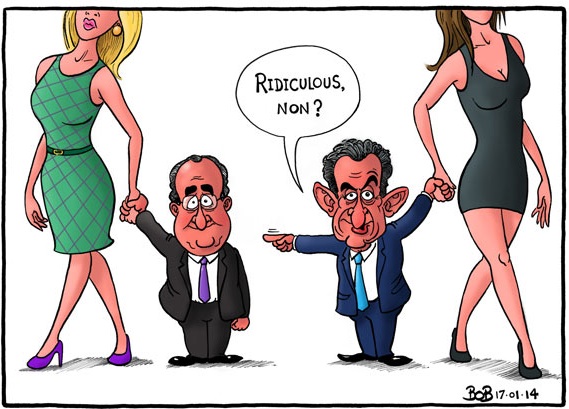 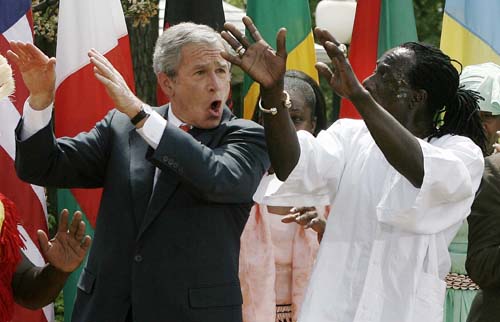