penne for your thoughts 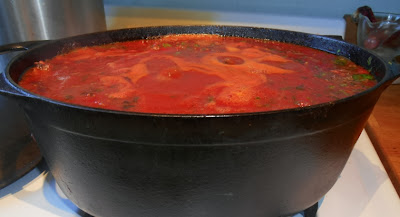 When the WesternBEEF offers crushed tomatoes 5/$5 and a bottle of cheap red is already on your kitchen counter, how far away can a red sauce be? 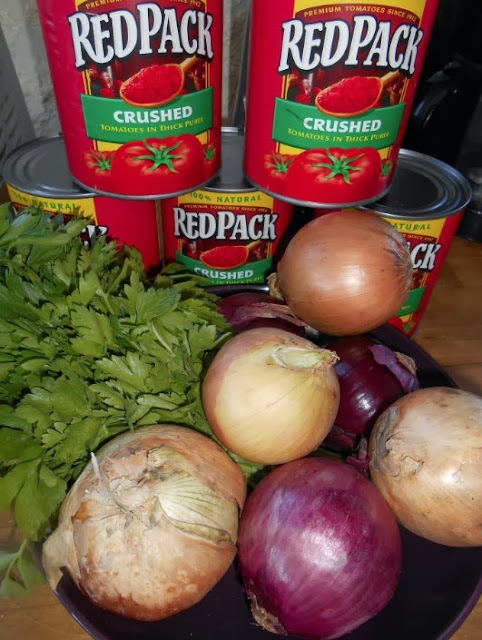 Let’s make a bolognese, a meaty redwine sauce that really satisfies as the weather turns cooler. It’s named for the city of Bologna, Italy.

Start with fresh ingredients. Parsley, onions, oregano, garlic. I like the meat to have a big presence, almost a meat sauce with tomato as the carrier, so I add meat in three or four ways. This time I added meat a fifth way, too. 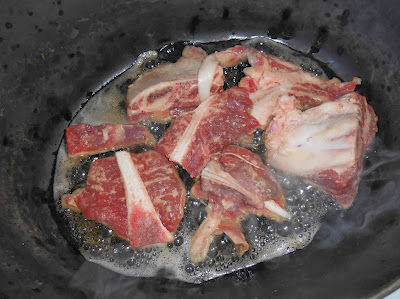 Start with bacon. Of course.

Render the fat, lift the bacon out and drop it back into the sauce later. For now brown beef bones with meat attached on both sides in the bacon fat. 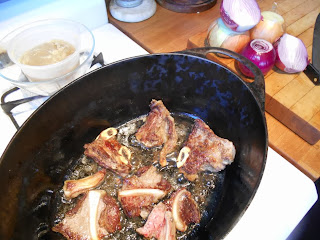 Slice onions, four or five, I mixed red and white this time. The onion disappears eventually so the slice size doesn’t really matter much. 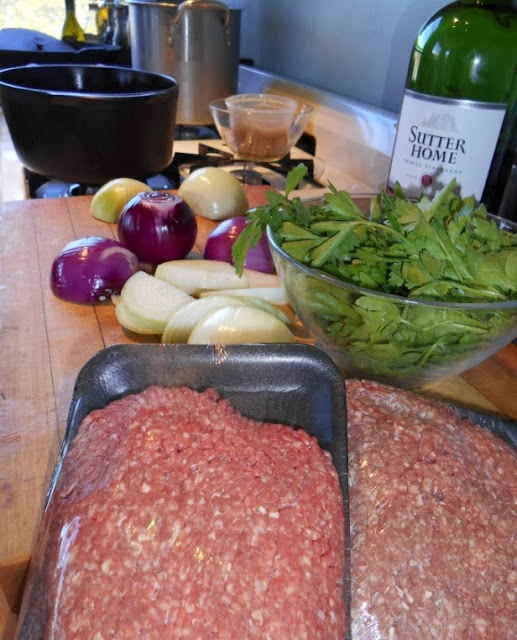 Lift the bones out and brown about 2 pounds of good ground beef. I used round this time. 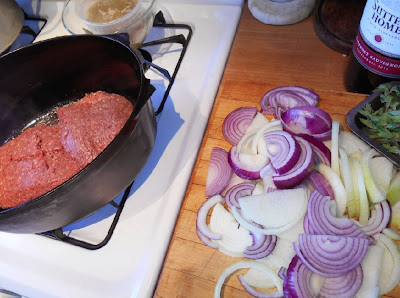 Chuck is tasty but too fatty. 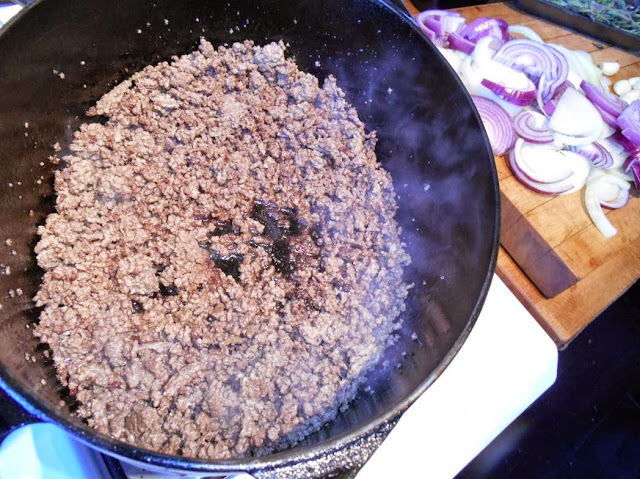 Now lift out the browned round, set it aside and drop in garlic, and then your onions. Sweat them until they soften. 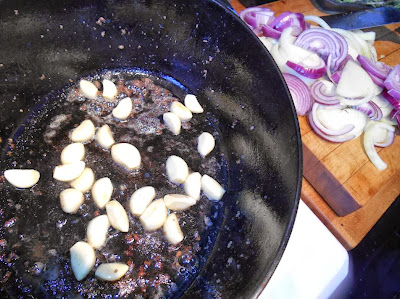 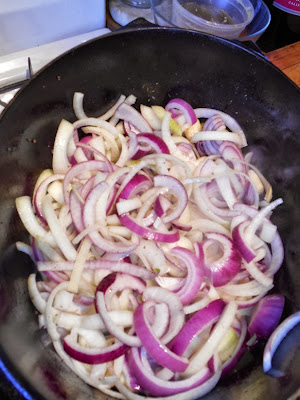 Soft? Are the aromas just killing you?! GREAT. We’re there.

Grind in an enormous amount of black pepper, at least 2 tablespoons, then put the round and the beef bones back in and add a pint of your best beef stock from the freezer.

You do have beef stock in your freezer. I know you do. 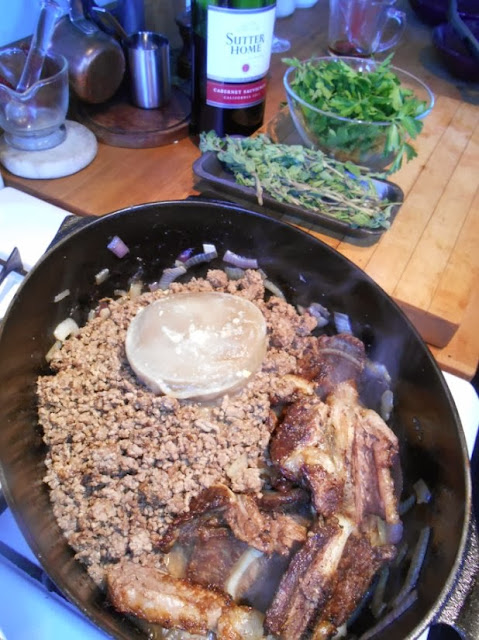 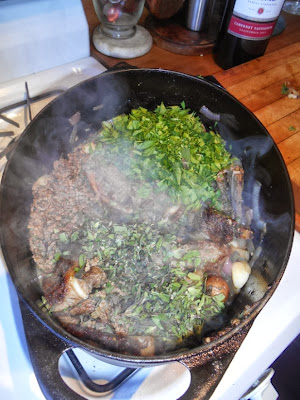 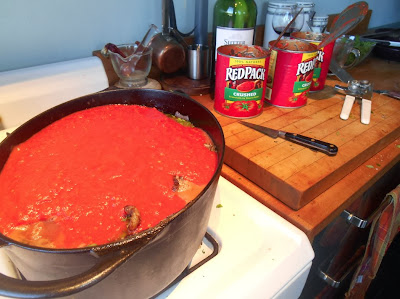 Now here comes the fifth meat, I found a smoked and salty ham hock in the freezer. It’s not necessary but wow, what a nice addition. 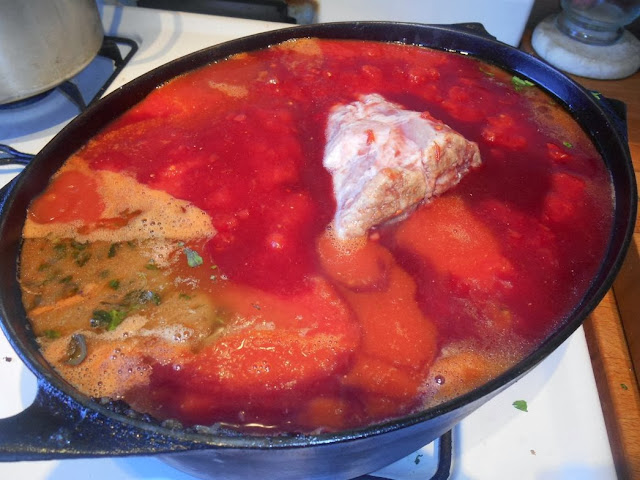 The smokey salty pork pervades the tomato and brings another dimension of meaty goodness to the finished sauce. You’ll have to add salt if you don’t use a hock. 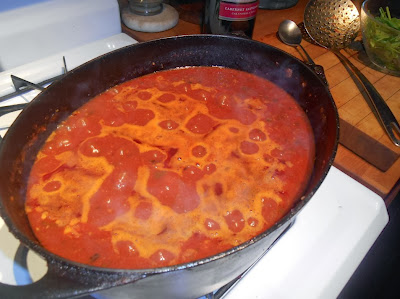 Now comes the easy part. Over very low heat, just enough to barely bubble, find something else to do and stir every 15 minutes or so for 5 or 6 hours. It’s worth it. Then sieve it and lift out all the meat. 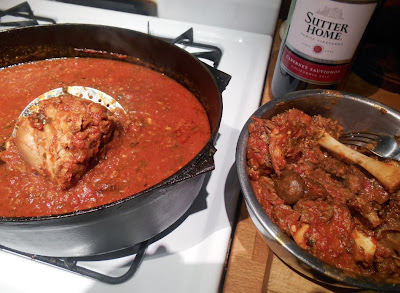 See how the volume of the missing meat drops the level? Perfect. Top it all the way up again with red wine, then stir, cover and bubble again for another hour or so. Maybe 7 hours total. 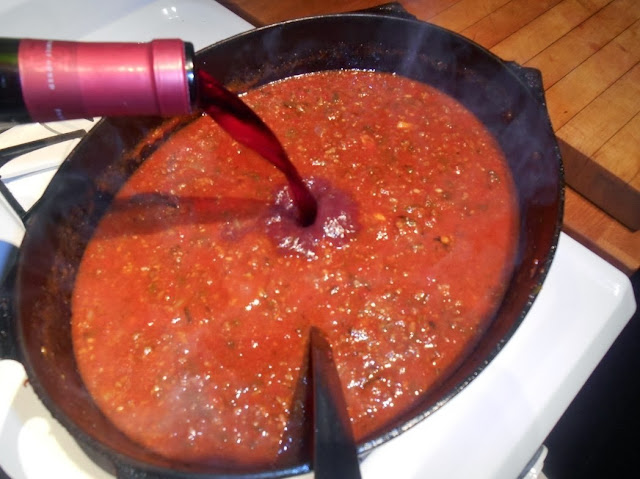 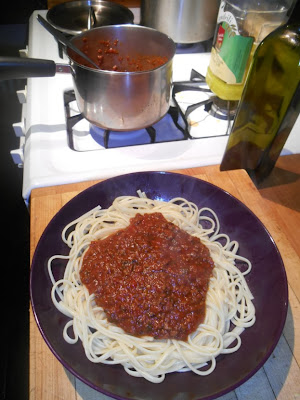 The University of Bologna was known for its law school but the French held their standards in disdain and came to call Italian legal pronouncements "Balogna."

And guess what word we draw from that?

Your guests, by the way, will love this over traditional penne with a salad, a blizzard and a good Italian red. 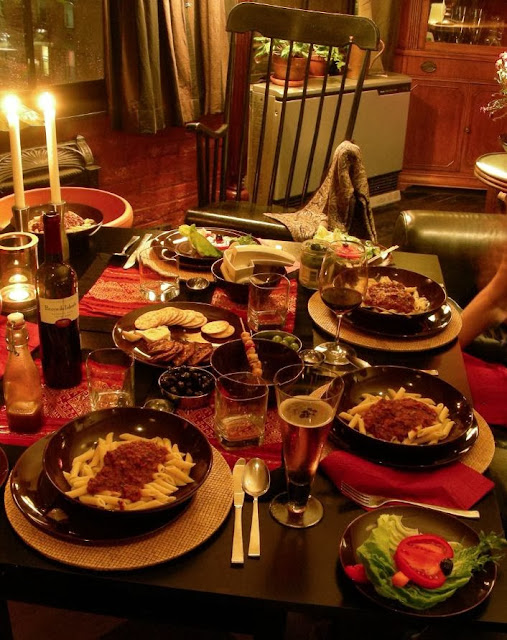 And that’s no baloney.
Posted by Gregory
Labels: Recipes