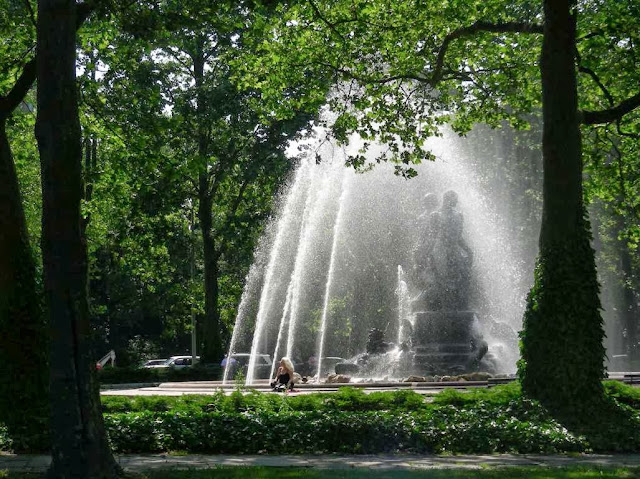 Brooklyn financier Frank Bailey was just 21 years old in the year our ClockTower was built. 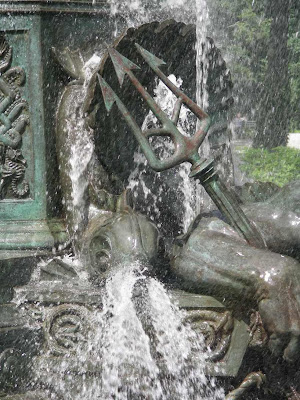 In the years that followed he became fabulously wealthy and he did a lot for the borough of Brooklyn. 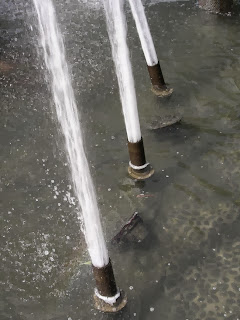 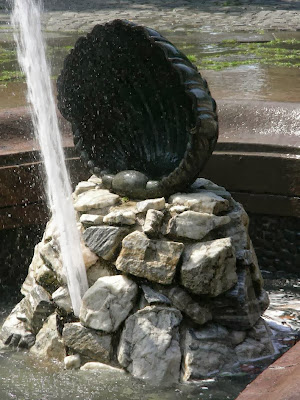 He founded the Museum of NY, he was chairman of the Brooklyn Botanical Garden and he was a trustee for the Brooklyn Institute of Arts and Sciences. 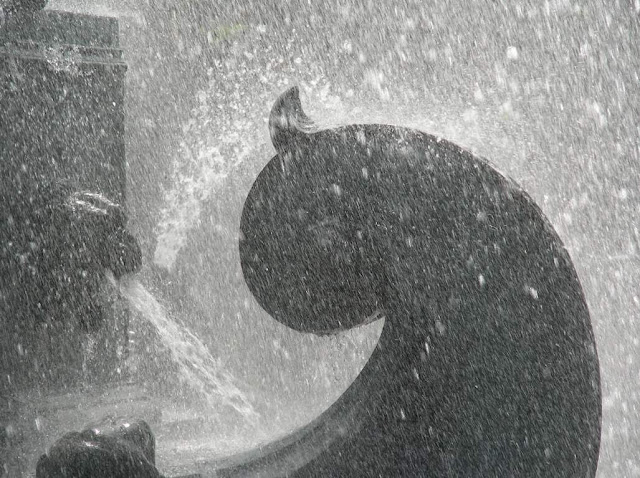 But the splashiest thing he ever did was to fund the Bailey Fountain in Brooklyn’s GrandArmyPlaza. 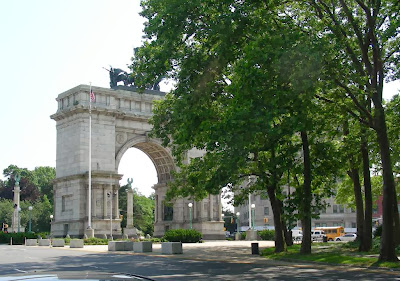 You can build a very nice fountain for almost 2 million dollars and they did, a full 25 feet high. It's by American artist Eugene Savage. 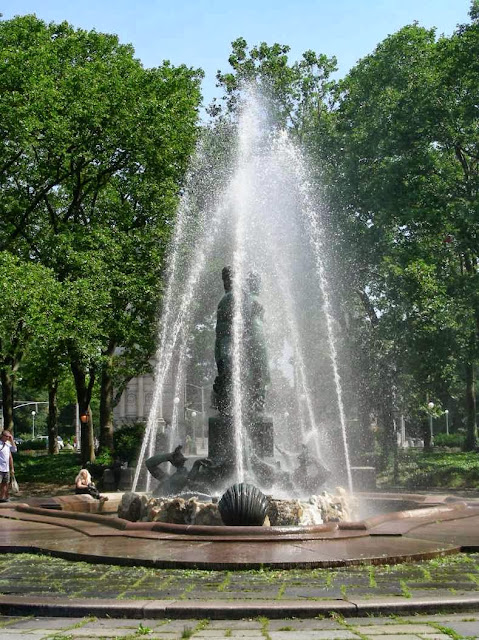 The fountain was completed in 1932 on a nautical theme that includes Neptune... 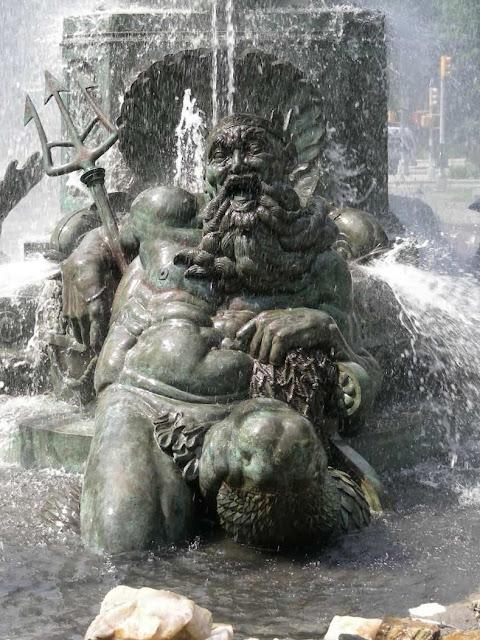 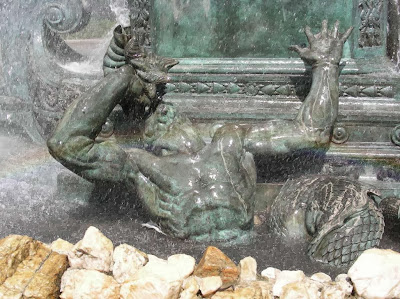 and other figures representing “wisdom and felicity.” 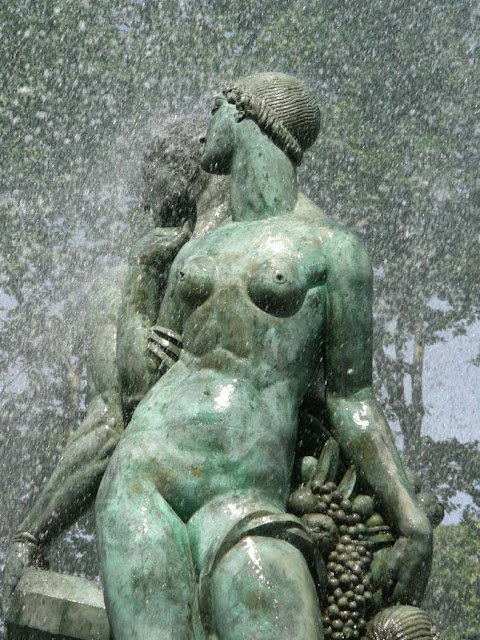 Rehabbed in 1956, repatined in 1965 and wholly restored in 2002, today it’s a popular playground for kids and a backdrop for weddings, prom photos and such. 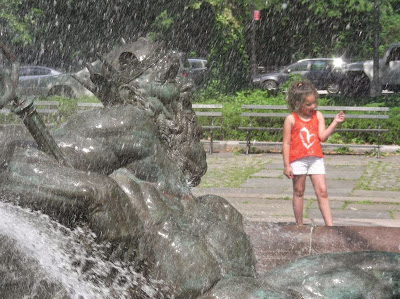 Hanging out downwind on a hot, humid day isn’t so terrible either. 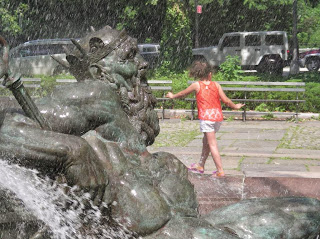 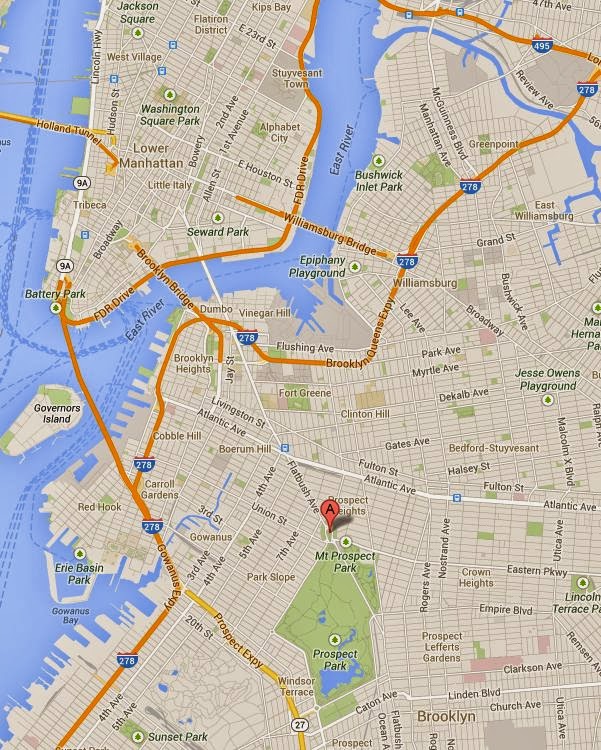 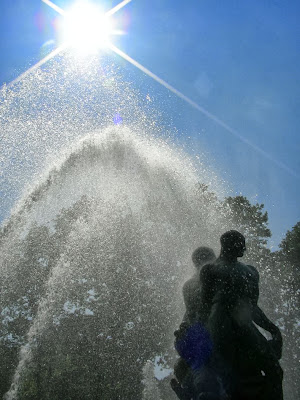