ain't too proud to beg 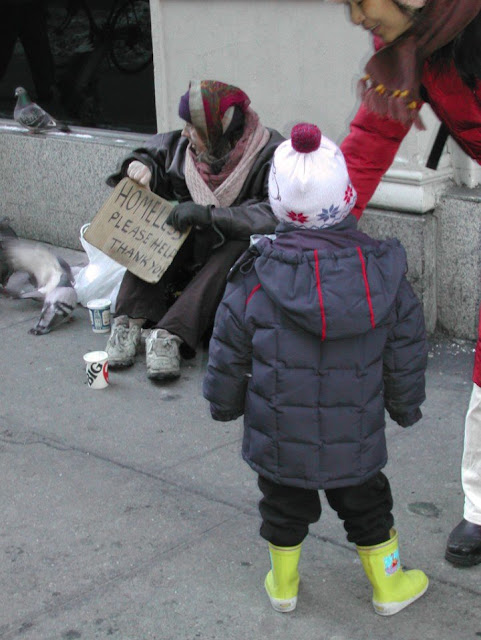 They say charity begins at home and in New York that’s certainly true. 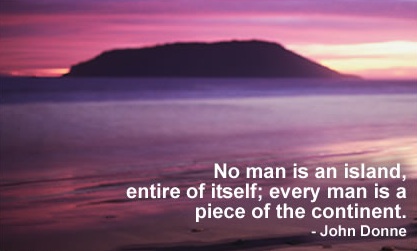 The UpperEastSide ranks #1 in highest median contributions across the country. 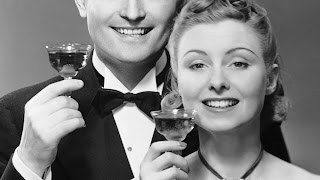 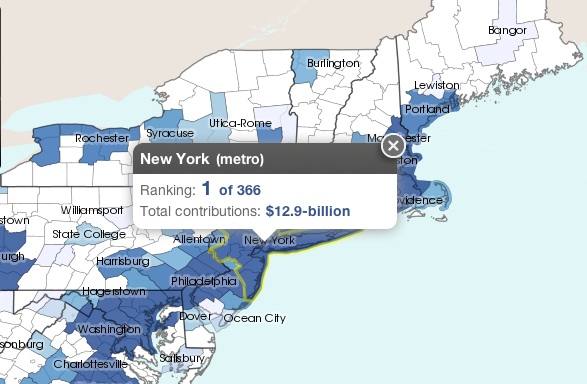 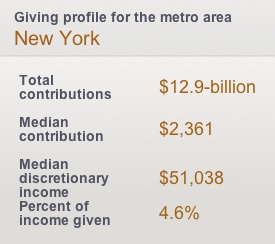 But here’s a surprise,
in the Bronx we’re significantly more generous. 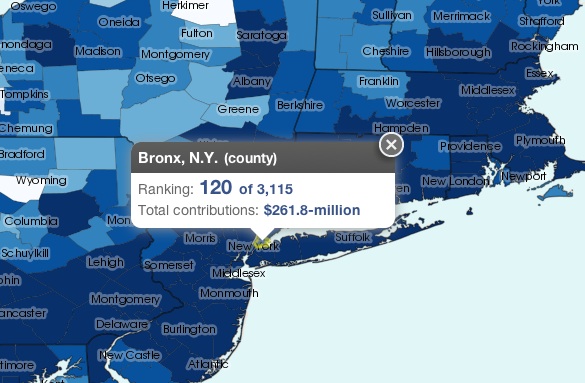 And our giving rate is 10.8%,
more than twice the national average. 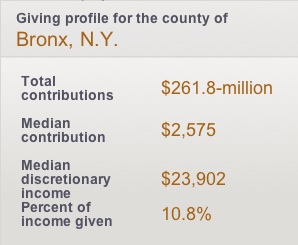 Who gives the most?
The Mormon’s in Utah. Thank you Mitt Romney. Who gives the least? 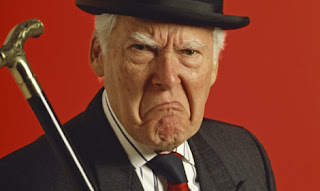 Our parsimonious New England neighbors round out the bottom six, where independence and self sufficiency are more highly regarded. 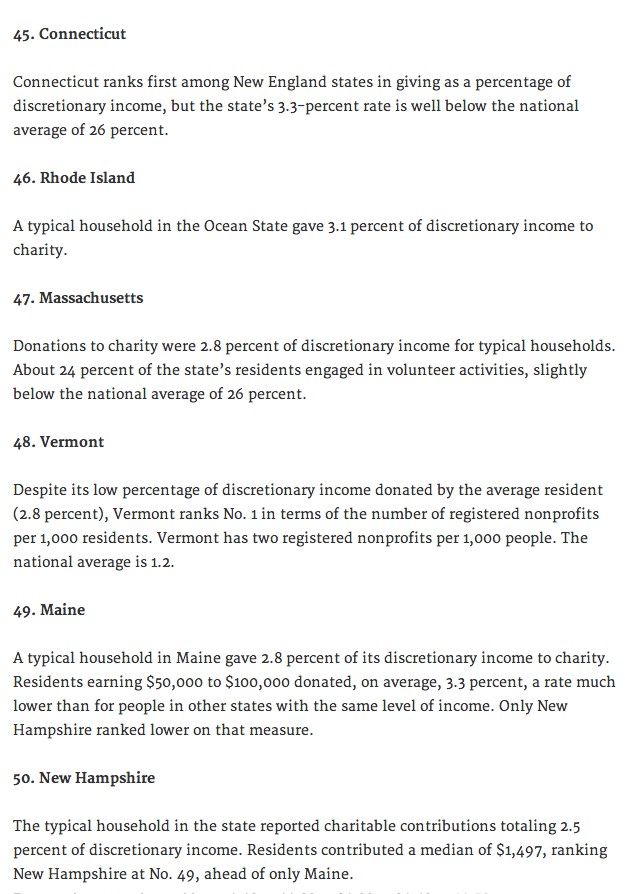 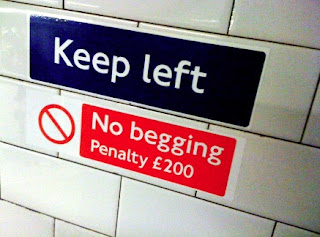