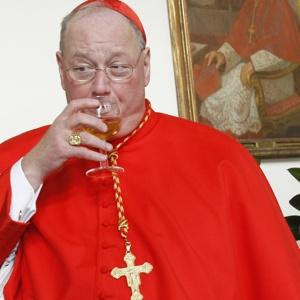 Archbishop Timothy M. Dolan
is at the top of the Catholic Church in New York City. 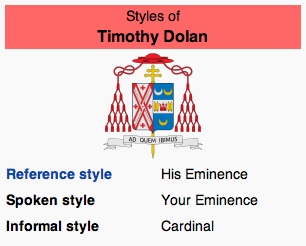 He has his own coat of arms.

He’s referred to as “His Eminence.”

And he was caught quietly paying pedophilic priests up to $20,000 each to resign after being apprehended. 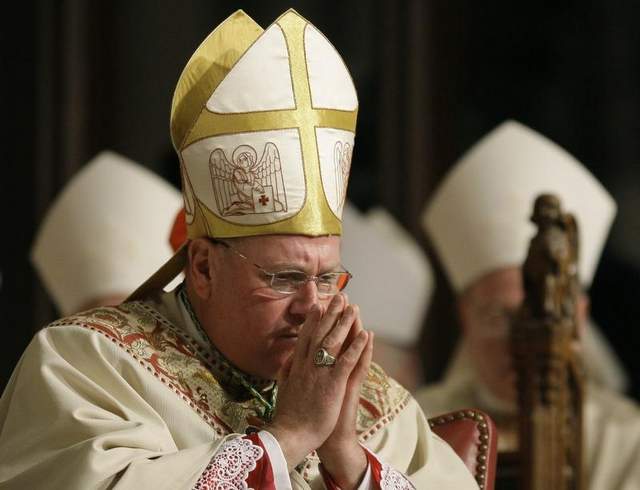 He also asked and received permission from the Vatican
to hide $57 million in a trust fund, better to keep the money from sexual abuse victims.

“I foresee an improved protection of these funds from any legal claim and liability” he said, as reason for hiding the cash.

So in 2009 he was rewarded, appointed the tenth Archbishop of New York and moral leader to over 2.5 million Roman Catholics. 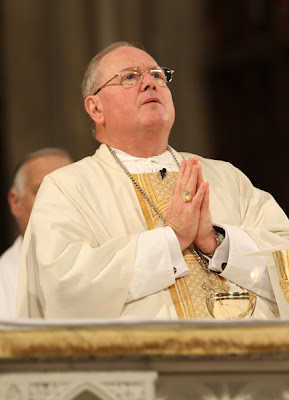