chip off the old block

Have a thing for skulls? 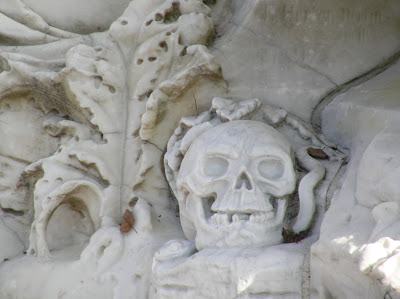 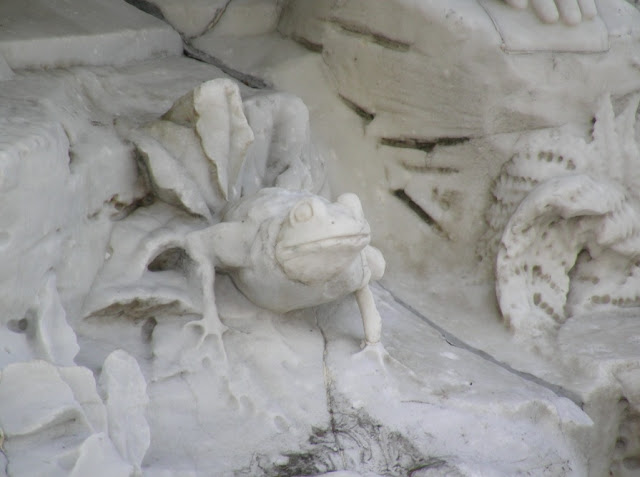 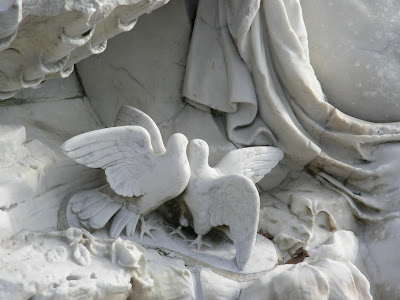 How do you feel about serpents and fish? 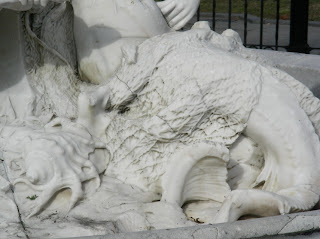 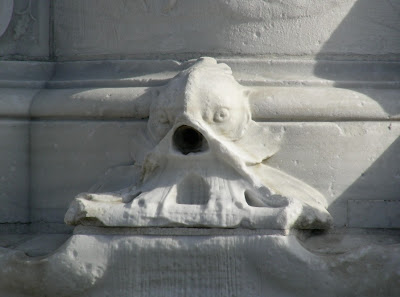 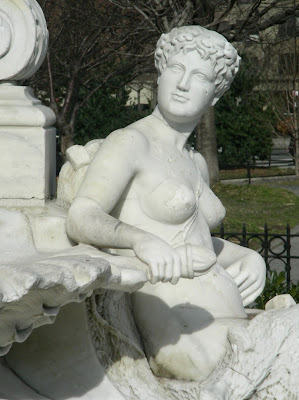 If so, the Heinrich Heine Memorial Fountain is for you. 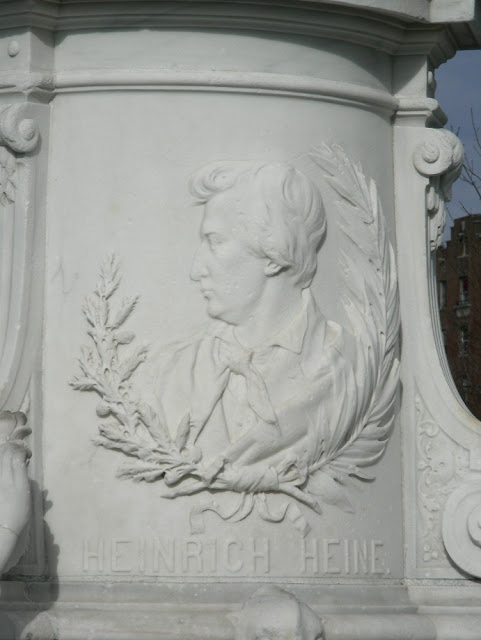 Just up the hill from Yankee Stadium and across from the Bronx Courthouse... 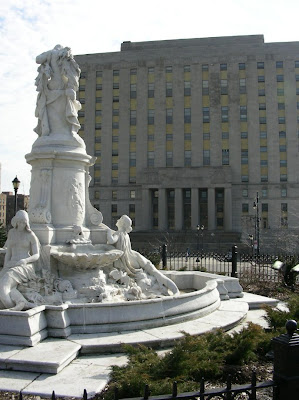 ...both Heine and his memorial have a long, strange history. 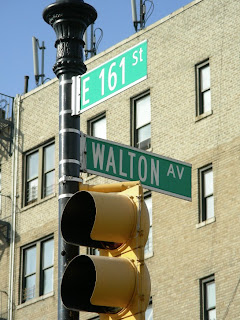 He was a German poet and essayist, but with a sarcastic, critical bent and the kind of national pride that compelled him to actually live in France while lobbing bitter bombshells back across the border. 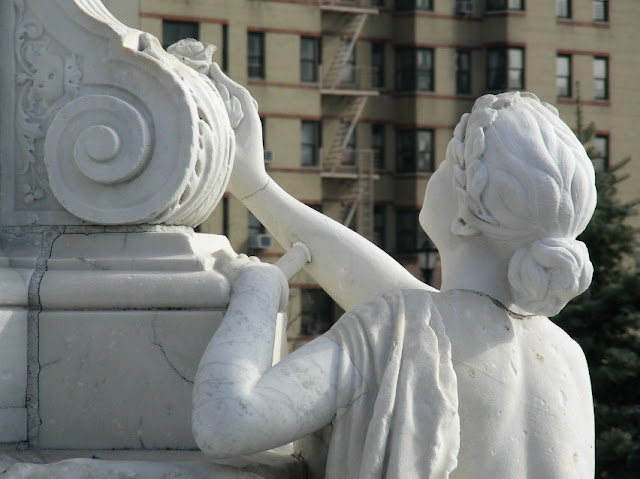 Understandably, he had his detractors.
But he had supporters, too. 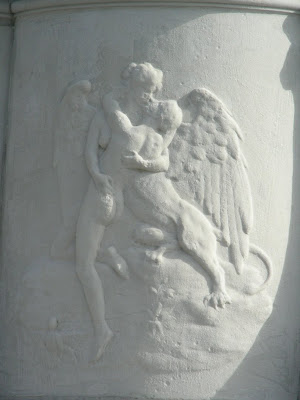 When his admirers commissioned this memorial for his birthplace in Dusseldorf, the city defiantly refused it. 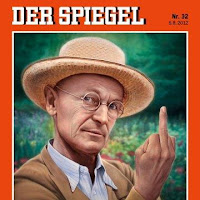 Carved in white Tyrolean marble depicting an oceanic scene around Lorelei, the NYC Parks Department in 1895 rejected it again, calling it “dry, weak and conventional”, and “a two-penny affair.” 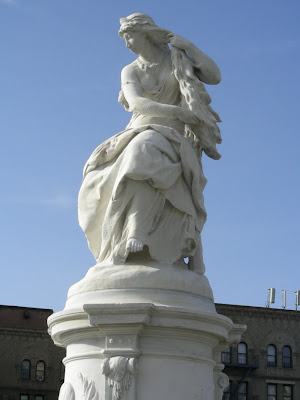 Hm. Not exactly stirring words.
So where did it wind up in 1898? 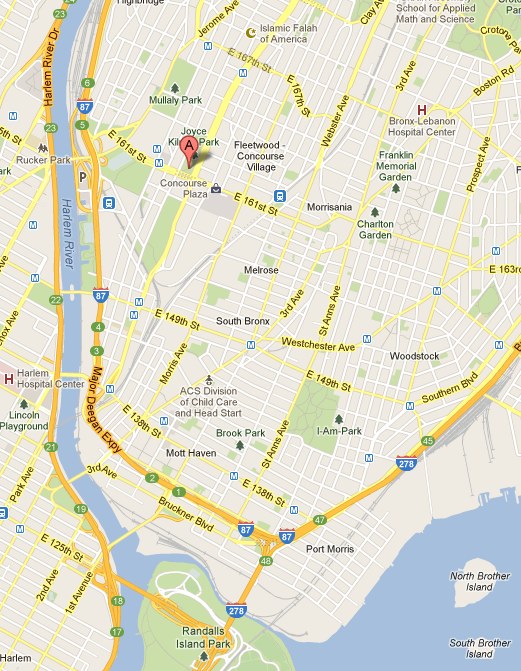 No less than the American Architect magazine said WHY NOT?

In the Bronx, nothing could be uglier than “the mass of wooden tenements and crazy beer-shops to which the territory now seems exclusively devoted.”

Gee thanks.
Our ClockTower had already been around for a dozen years by then. But I digress. 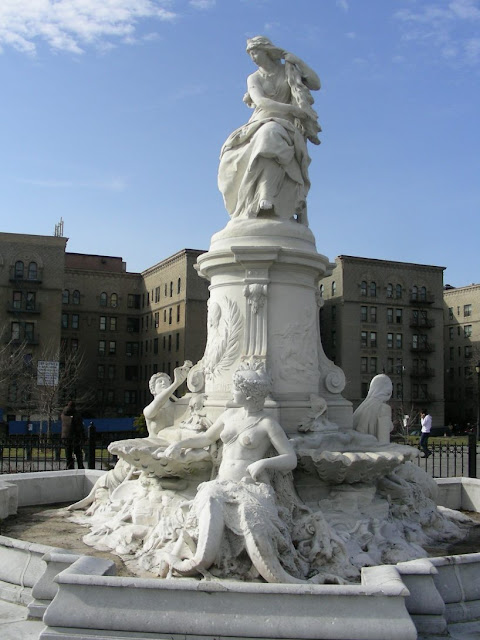 I’d like to tell you it was happily ever after. It wasn’t.

Vandals armed with ice axes chopped the mermaids arms off in 1900. 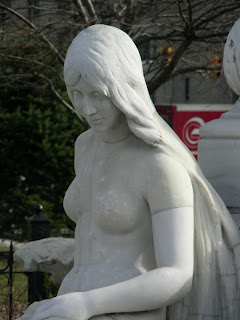 And in 1905 a nearby demolition knocked off a head.