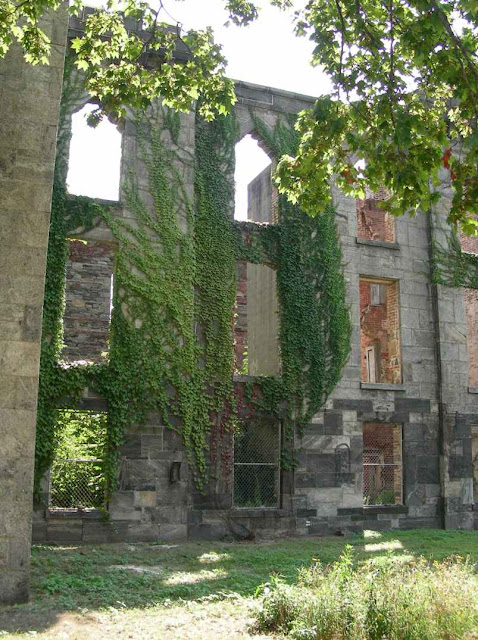 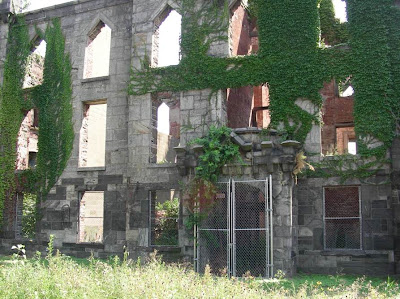 The city built a new hospital on the southern tip of Roosevelt Island in 1856, designed by the same guy who did the lighthouse. 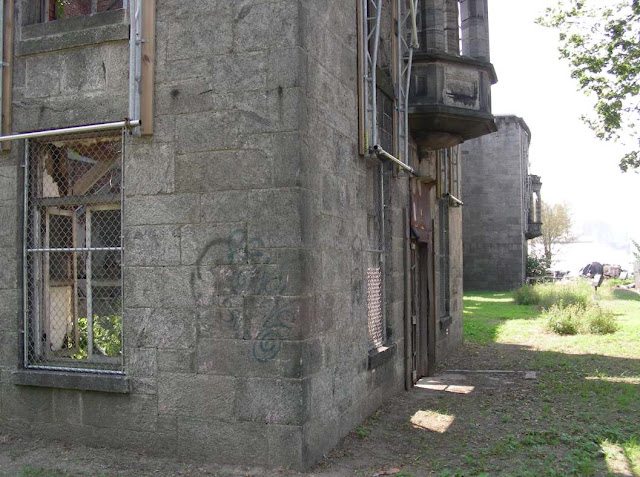 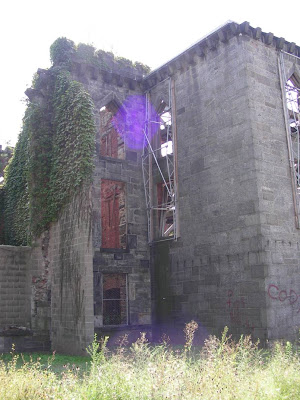 But it soon fell into disfavor. By 1871 the New York Times was writing about a “barbaric system with spoiled food, indifference by the medical staff, broken windows and leaking roofs.” 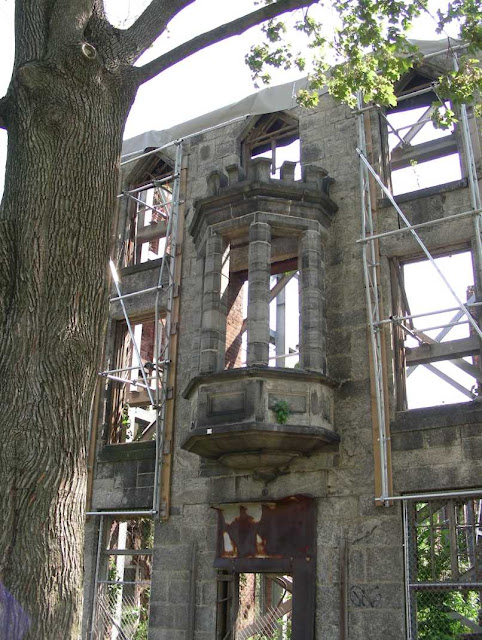 In the 1880’s about the same time of our ClockTower, the building was repurposed as a nurses training center. 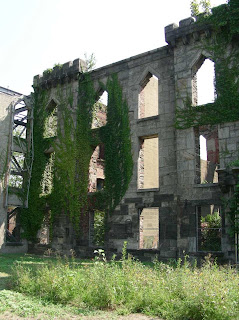 Two wings were added in 1905, the same year as our Lincoln Avenue expansion but the hospital closed in the 1950’s.

The view of Manhattan is splendid but by the 1960’s it was falling apart. 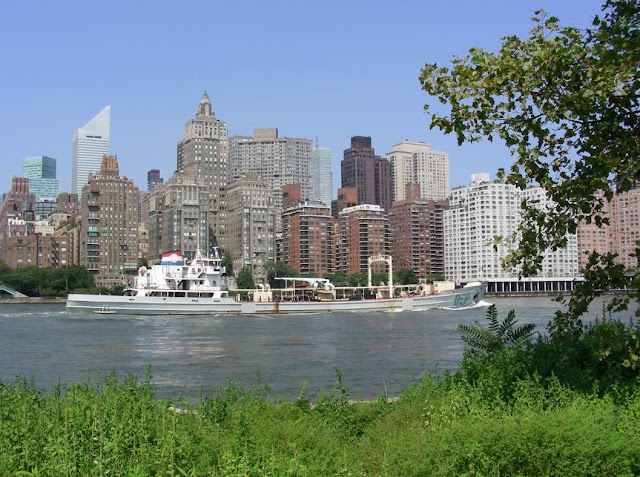 In 1975 the Landmark Preservation Commission designated this 153 year old stone structure a landmark, but the act of preserving it just never happened. It continues to fall apart. 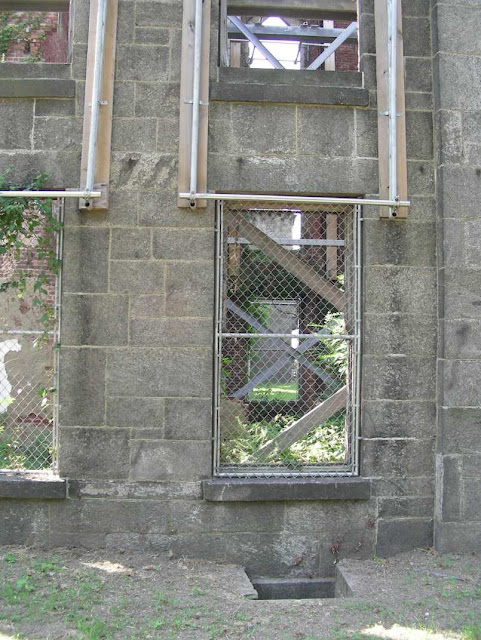 So naturally a large section of this neo-Gothic ruin just gave it up and collapsed in 2007. Suddenly $4.5 million was appropriated for stabilization. 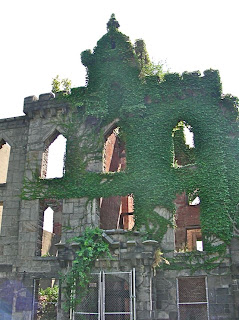 Today it stands mute and bound in pipes and chainlink, waiting for a reason. 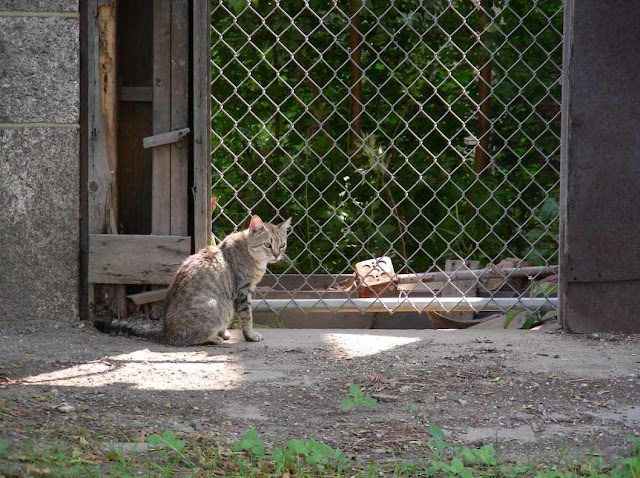