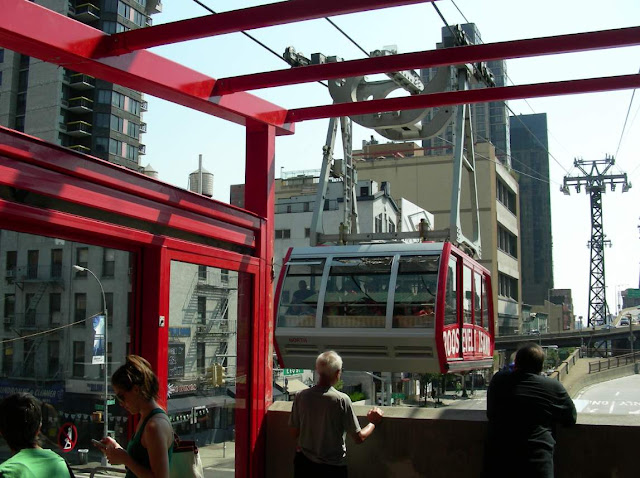 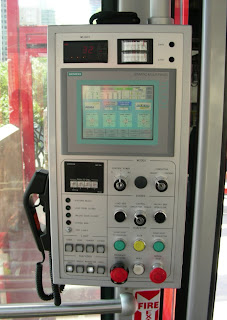 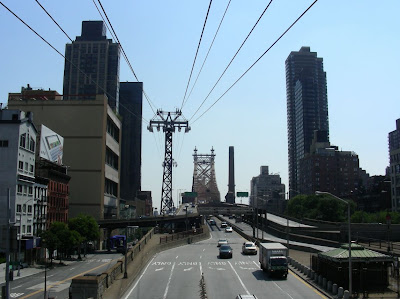 An assignment took me to Palm Springs back in the day and I rode their tram while I was there. 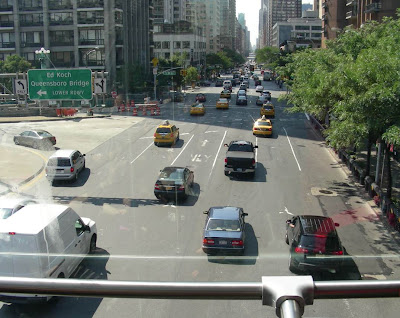 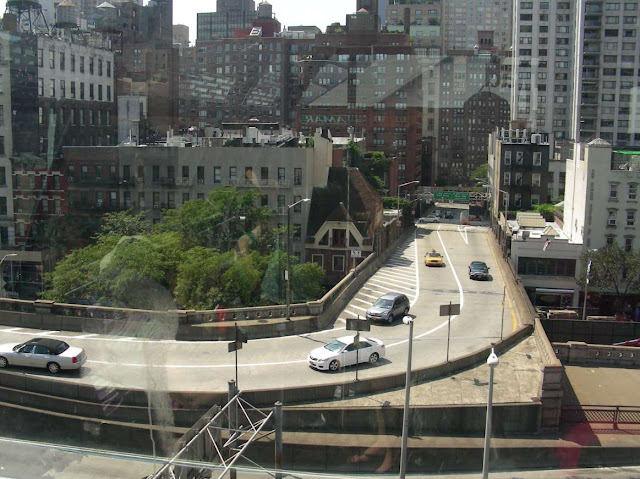 In just five leaps and 12 and one half minutes the one in Palm Springs shoots up over 6000 feet from the hot desert floor, six times the height of the old World Trade Center. 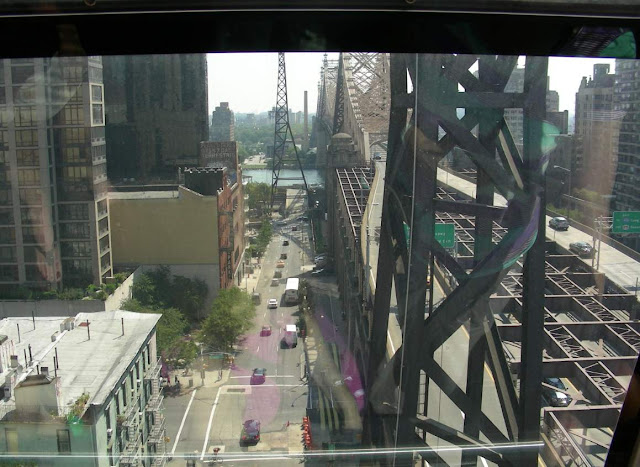 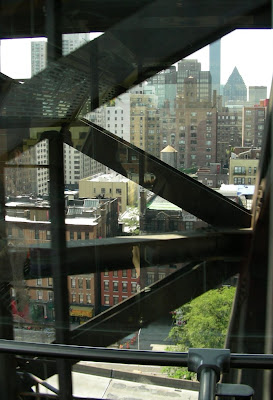 This’ll give you some idea. 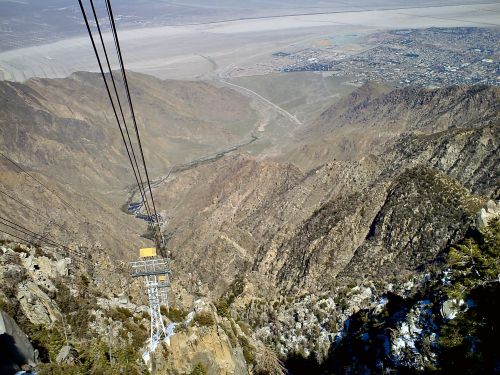 It lands in snow near the top of the San Jacinto peak. 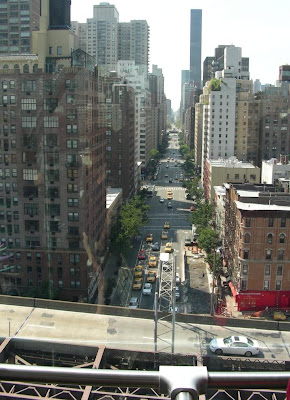 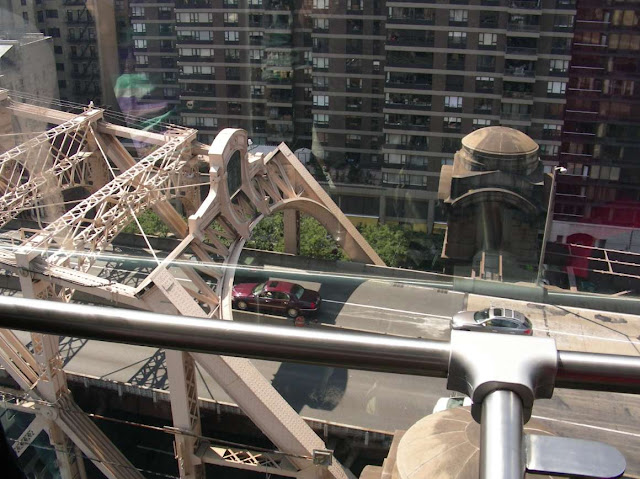 Our tram is a bit more modest, launching at 60th and Second in Manhattan, topping out at about 250 feet above the East River and then gliding back down, all in about three minutes flat. 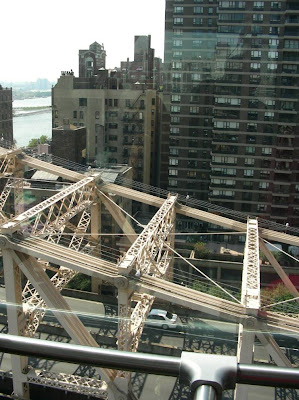 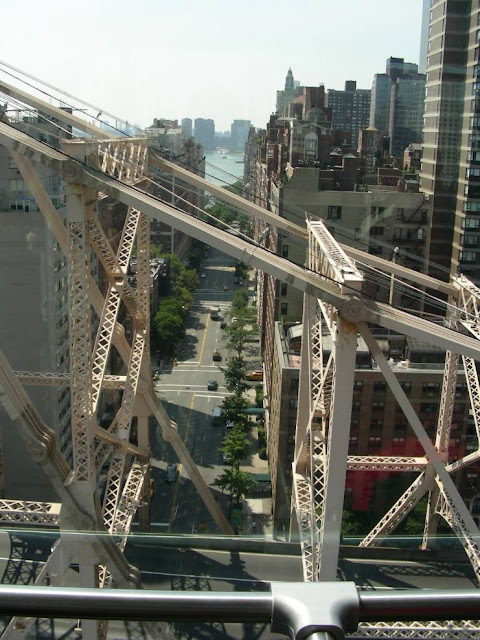 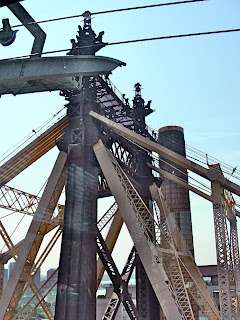 In its 36 years of operation it has moved over
26 million people. 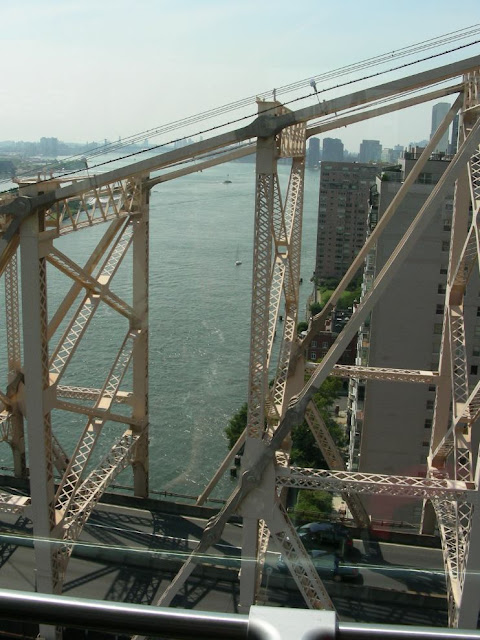 The cars pass at midspan. 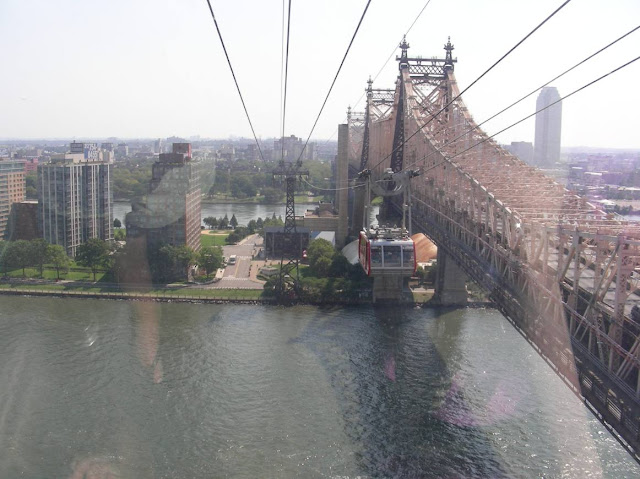 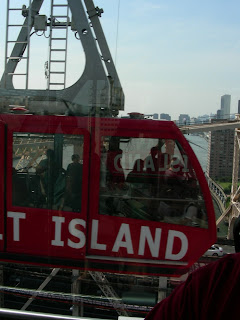 In 2006 it stranded 69 people high above the river, forcing the passengers to be rescued in special steel baskets. Um. 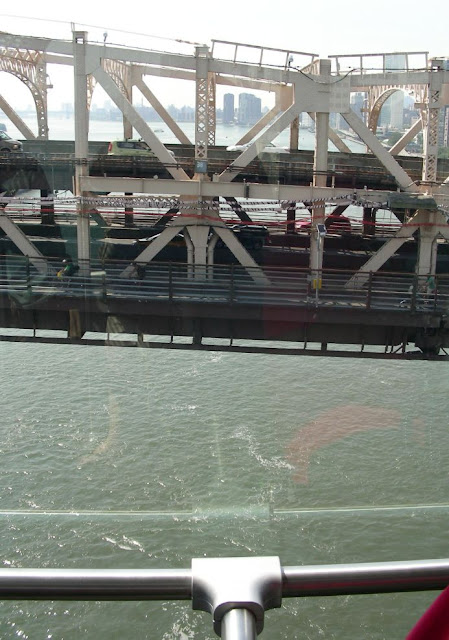 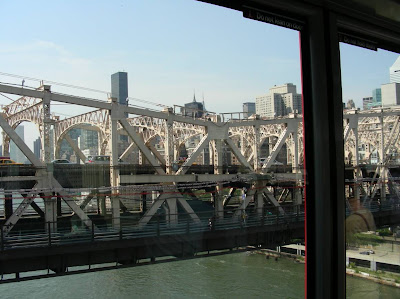 Except for the three towers it’s all new now, everything was replaced in 2010. 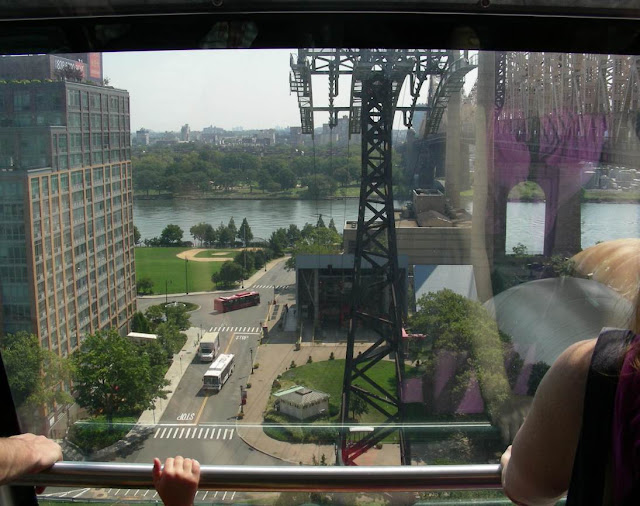 The IKEA ferry is still the best free ride in NYC but at the cost of one subway fare, the tram is not far behind. 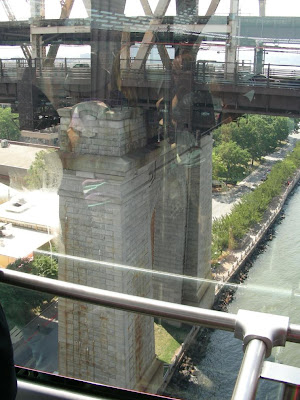 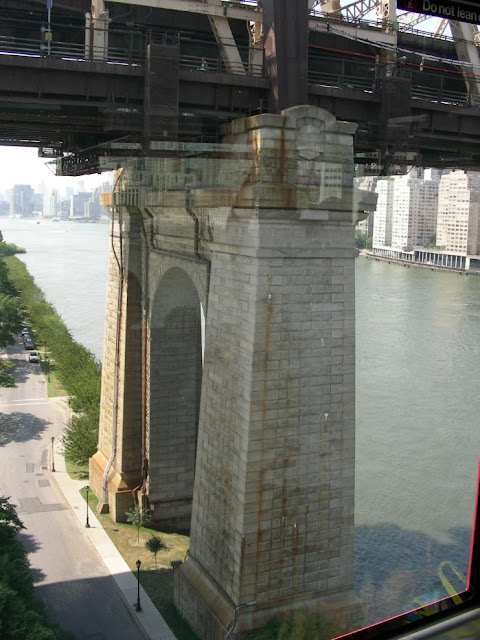 Bring your MetroCard and your camera, and a picnic lunch for the other side. And hope you don’t need a rescue basket. 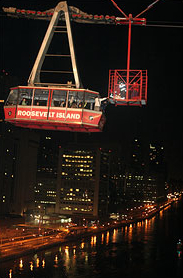 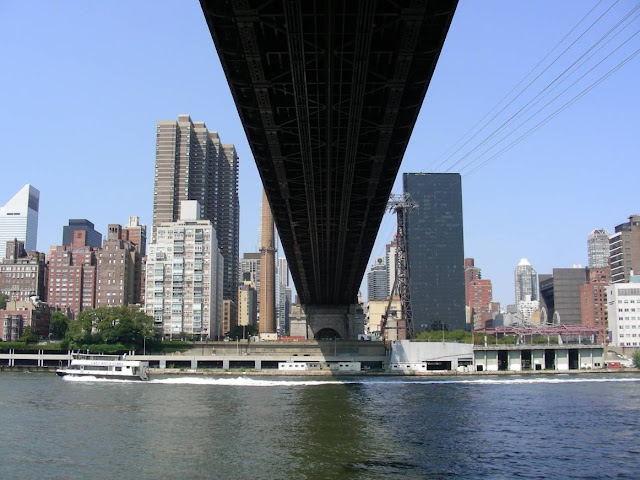 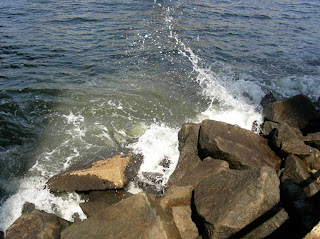