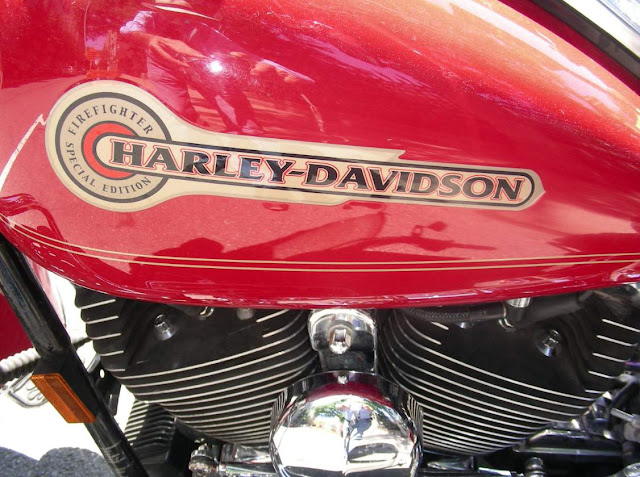 I found a 2003 Harley “FireFighter” on the street the other day. 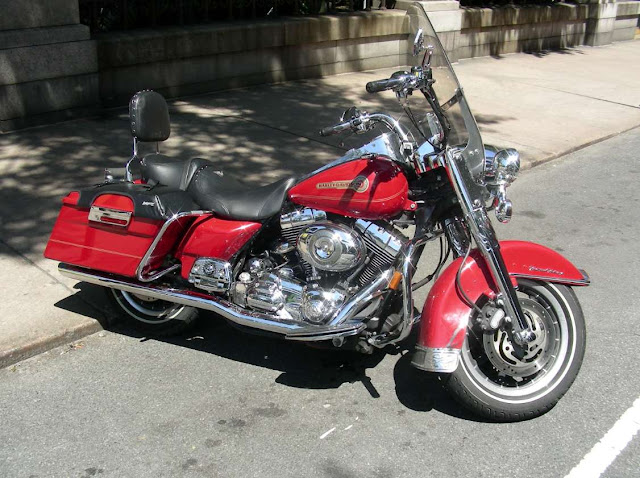 According to Harley, “the Harley-Davidson Firefighter Special Edition salutes the heroes who risk their lives everyday.” 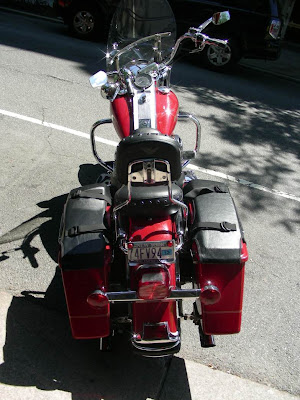 There's more steel in this thing than a modern Toyota wagon. 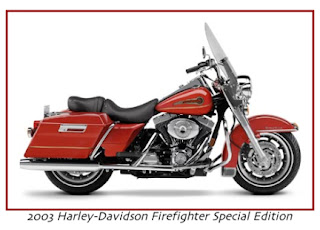 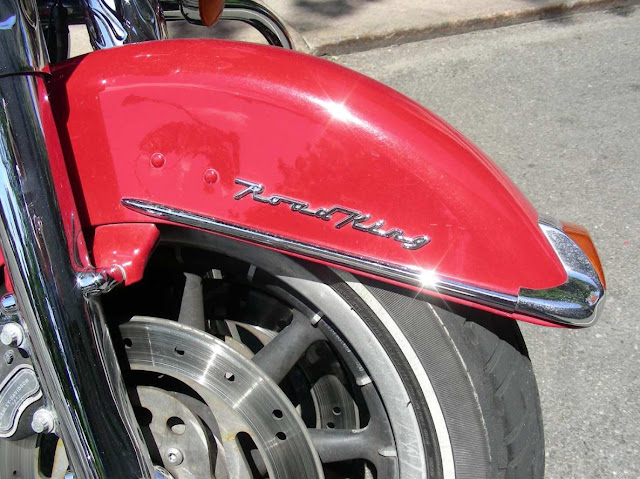 Yup. This is the one. This is a sizable motorcycle, too. At 93.7 inches it’s just under eight feet long. 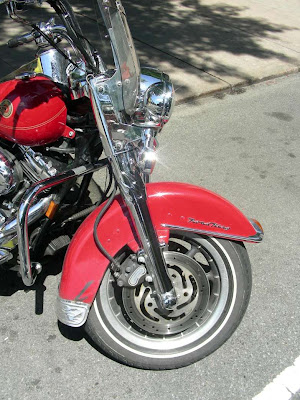 And it weighs a ton. Well nearly half, it weighs 723 pounds dry, but fully oiled, fueled and lubed? 759 unruly pounds. Then add passenger? Holy smokes. This bike is tough to handle in a sloped parking lot. 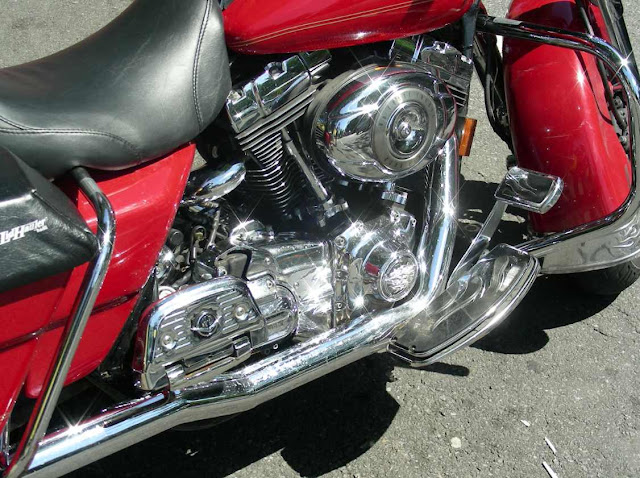 On the highway the Air-cooled Twin Cam 88® Engine cranks a meager 80 horsepower, so that rating isn’t often supplied.
Instead they list the torque. Why? 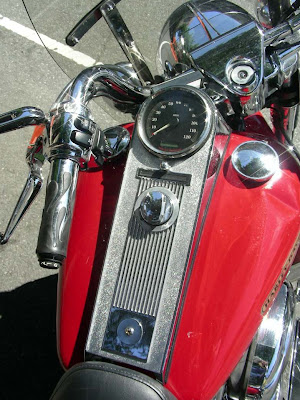 Because this bike pumps out an incredible 86.0 foot pounds of pure, tree-stump pulling torque @ 3500 rpm.
Nothing says potato-potato-potato like a Harley. 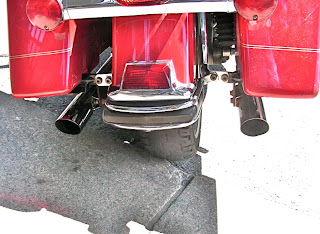 These bikes have always seemed more show than go to me with lights and horns, reflectors and noisy pipes so that everyone within earshot must take notice. 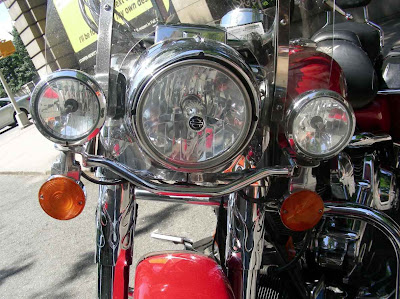 This FireFighter Edition is certainly consistent with all that. 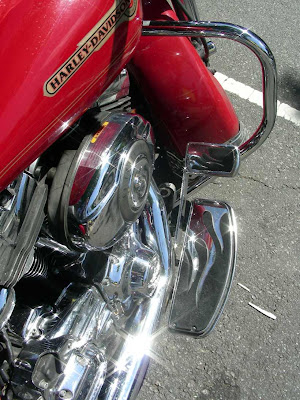 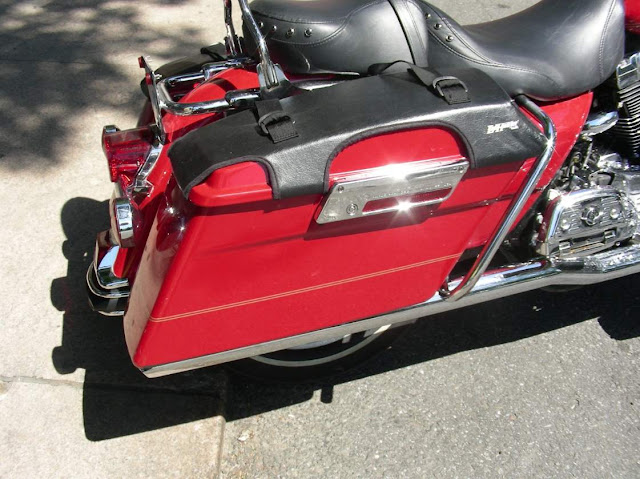 So imagine...this red Harley can chuff quietly at midnight through a small country village at the speed limit and still get pulled over for a document check.
I’d rather zip so silently through town at twice the posted limit... the cop doesn’t even look up from his donut. 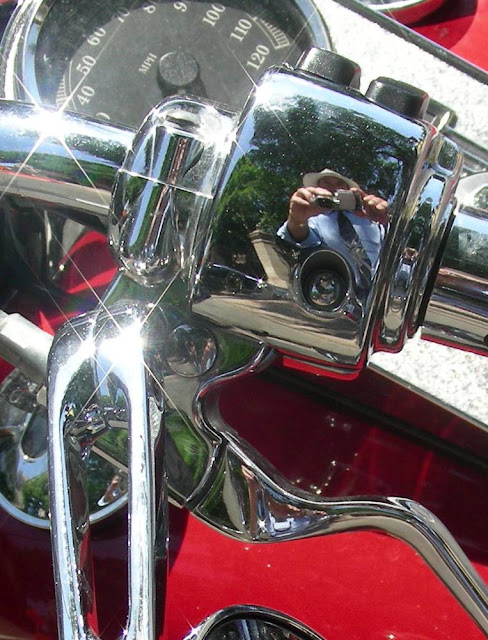 But that's just me.