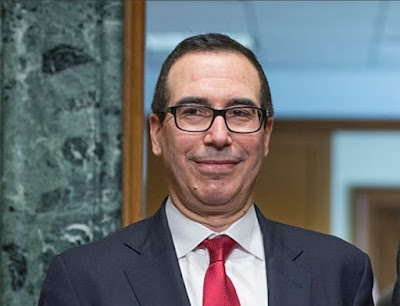 U.S. Treasury Secretary Steve Mnuchin is worth a pretty penny. 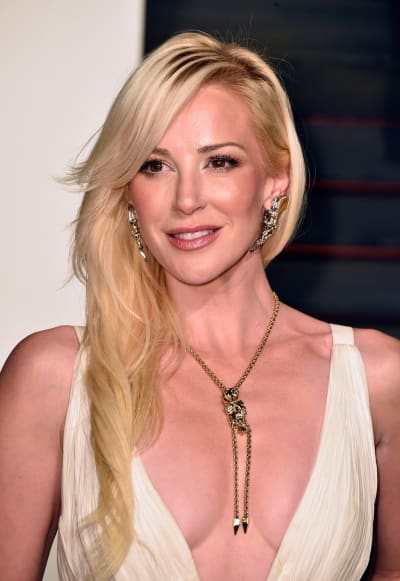 He’s not one to nickel and dime in the care and feeding
of his trophy wife, either. 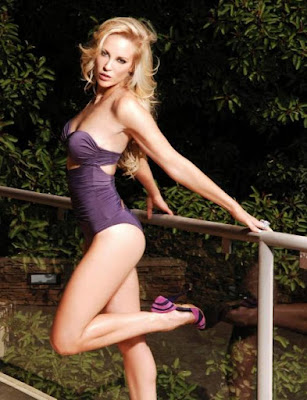 They’ve been in the public eye for the past four quarters
since Trump’s election. 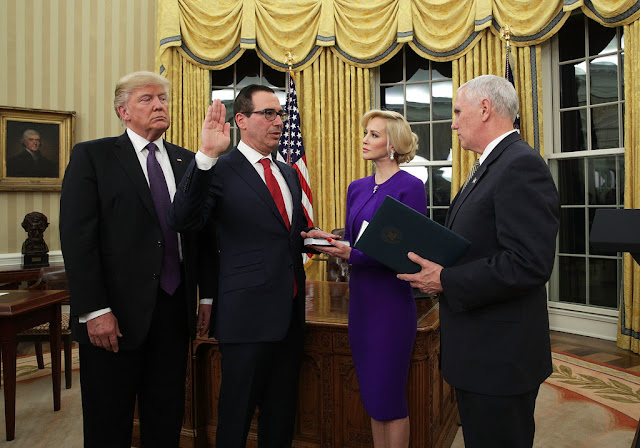 His wife Louise Linton misstepped a few months back when she wore top dollar fashion while flying in taxpayer funded jets. 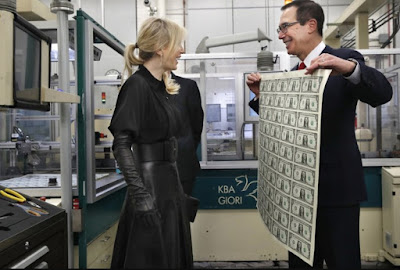 So the $64,000 question is whether they’ve made another mistake
posing with his first-run, signature bills. 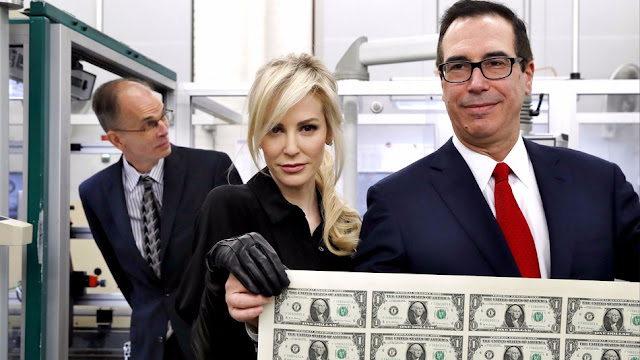 But also a character from a James Bond film.
Posted by Gregory
Labels: InTheNews, Politics