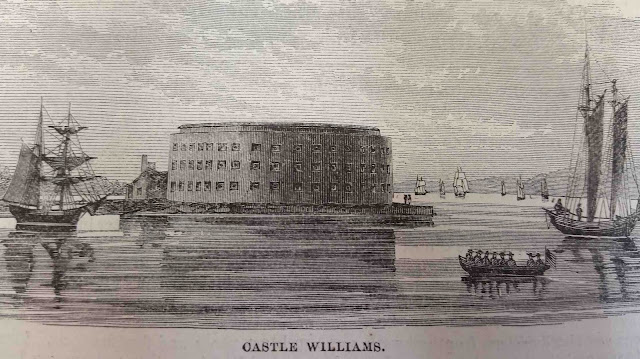 With walls 40 feet high and eight feet thick, Castle Williams was destined to be a fort, a prison or a landmark. 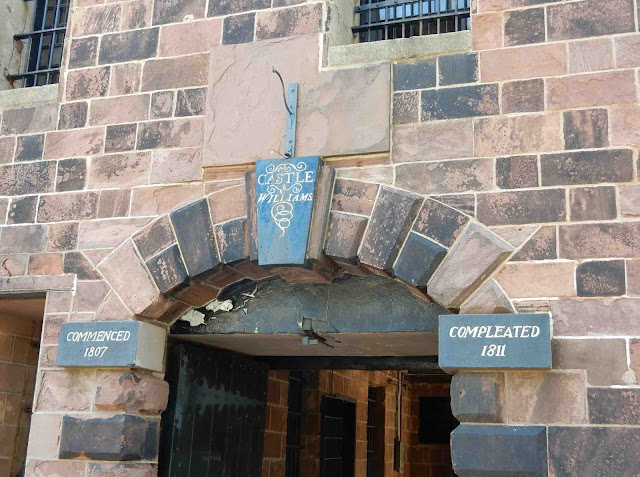 It turned out to be all three. 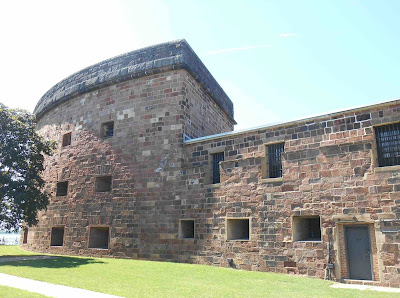 It was designed and built in red sandstone on Governor’s Island between 1807 and 1811 under the direction of Colonel Jonathan Williams, first Superintendent of the West Point Militay Academy.

You can see it, hard left, from the air. 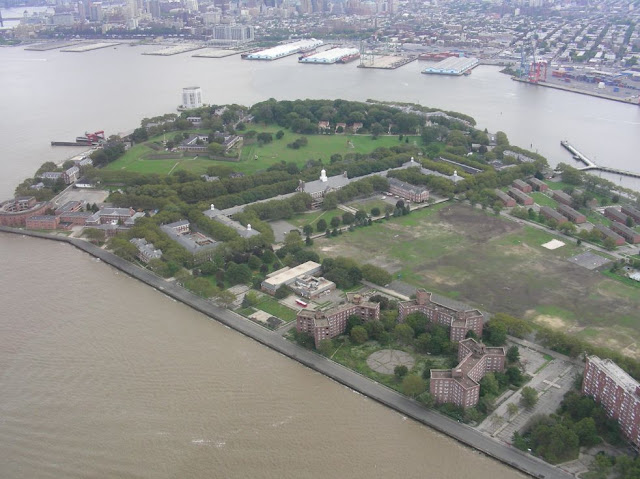 Bristling with over 100 cannon, it was the sister fort of Castle Clinton in Battery Park. You can see that fort easily from the air, too. 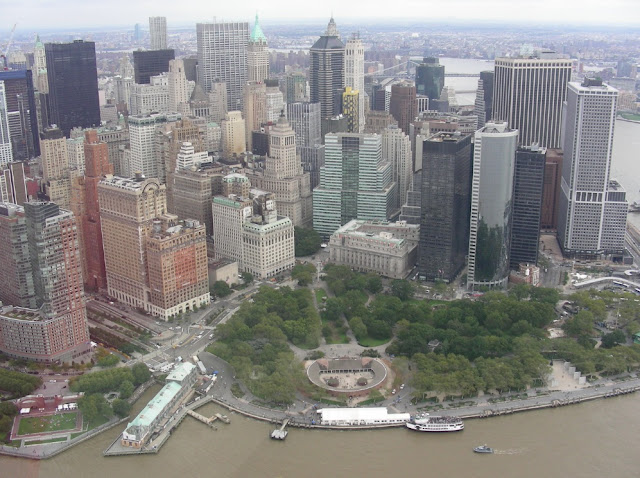 Working together, their artillery was brutal. 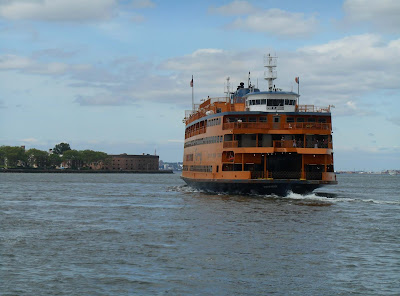 Not once in history was an enemy ship ever foolhardy enough to try to slip between them. 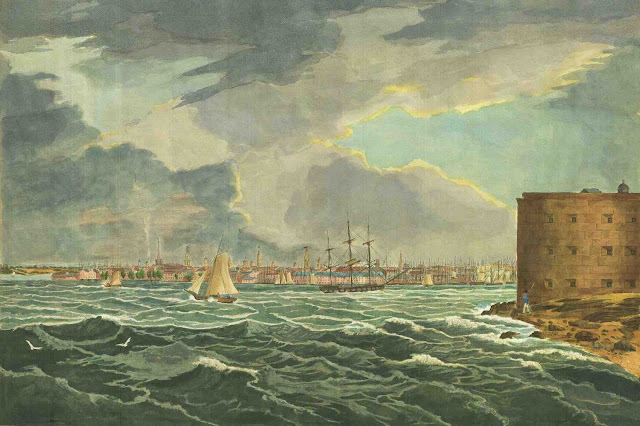 During the Civil War, it was used to imprison Confederate enlisted men and deserters from the Union Army. 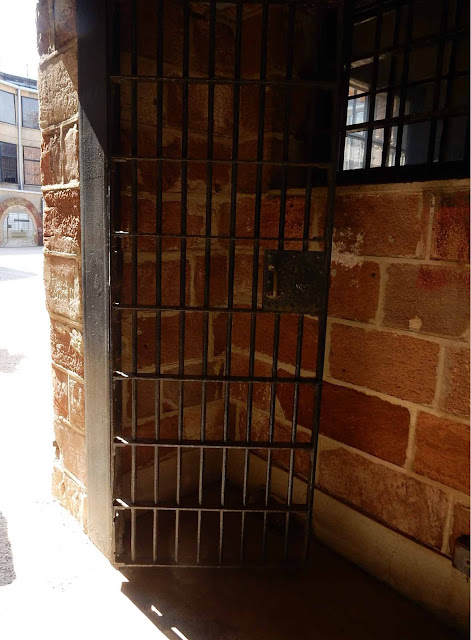 After 1865 it settled in as a military prison. 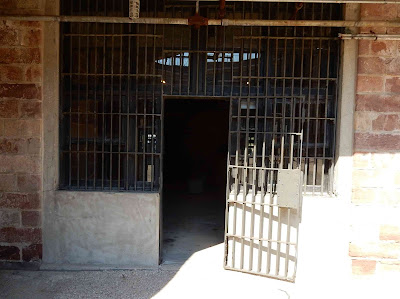 By 1895 Castle Williams was beefed up and designated one of the U.S. Army's top ten military prisons. 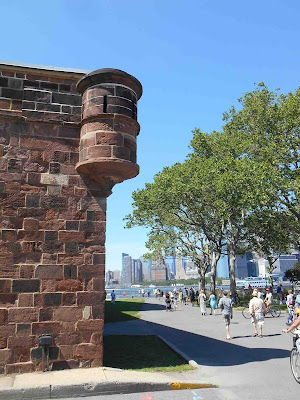 The angled gate walls were remodeled in 1912-13 to create a two-story guardhouse with turrets and rifle slots, using stones from two demolished magazines within the courtyard. 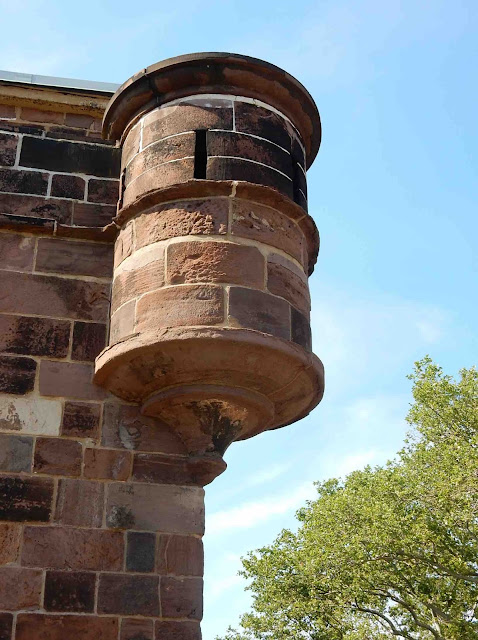 Each time there was thought to demolition, renovations were carried out instead to keep the old fort useful. 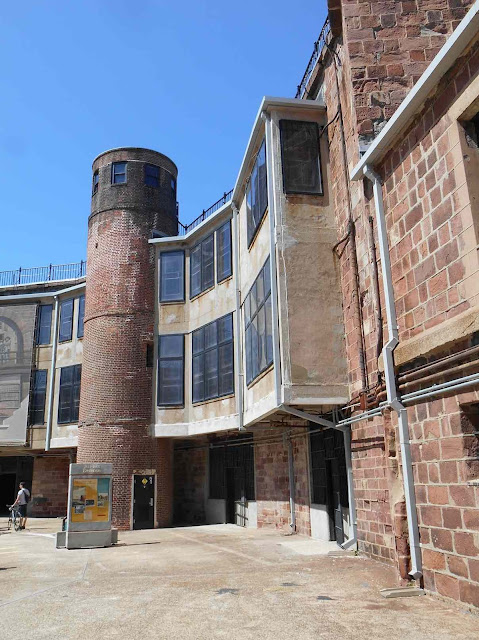 After World War II concrete and steel staircases and galleries replaced originals made of wood. 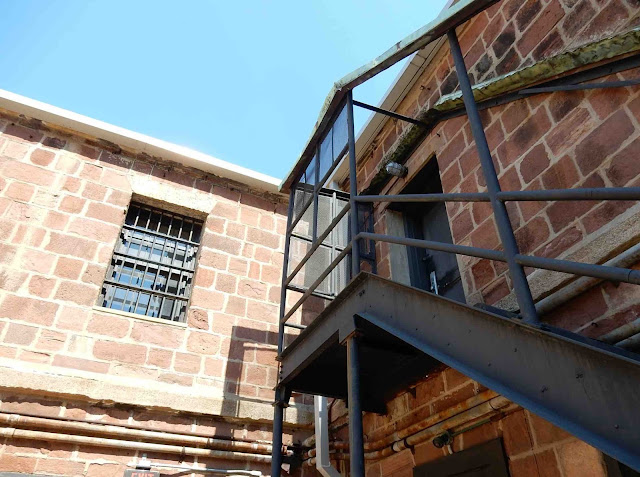 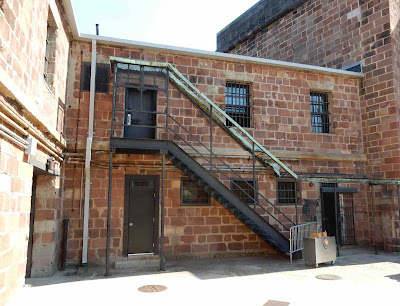 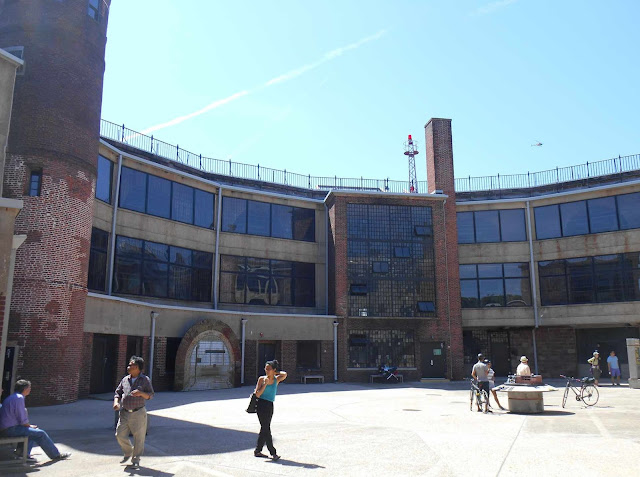 By 1983 somebody realized this was an important landmark and it was listed by the National Register of Historic places. 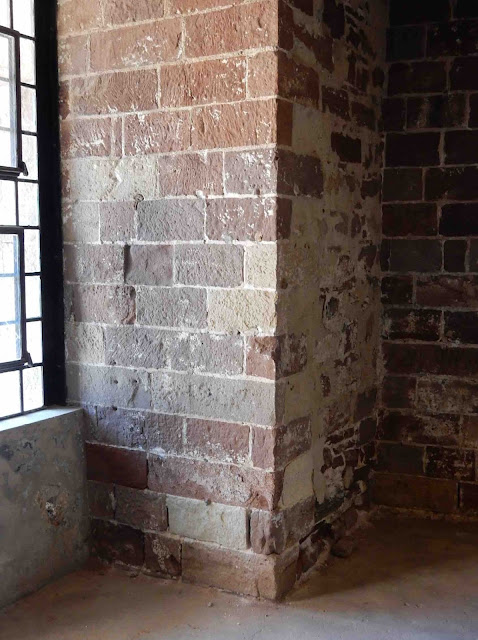 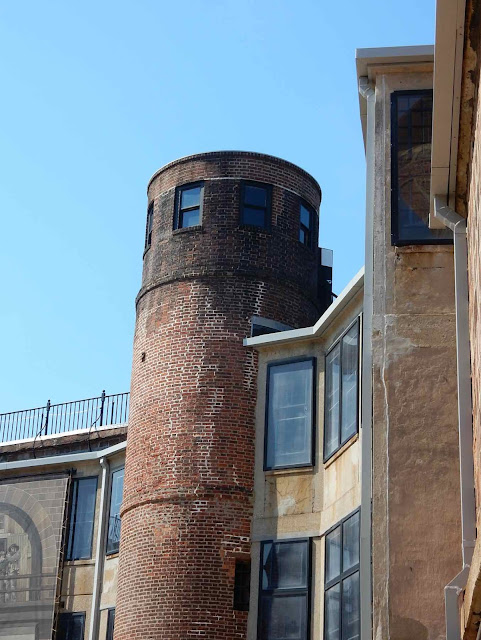 But a cool one.
Posted by Gregory
Labels: Architecture, History