by the Bear Mountain Bridge 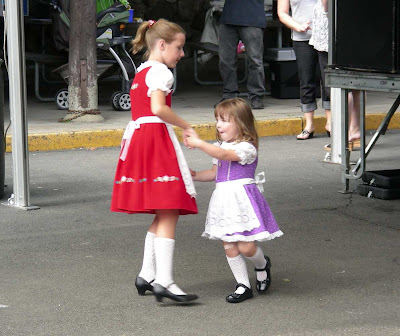 The original Oktoberfest is a 16–18 day beer festival held annually in Munich, running from late September through the first weekend in October. 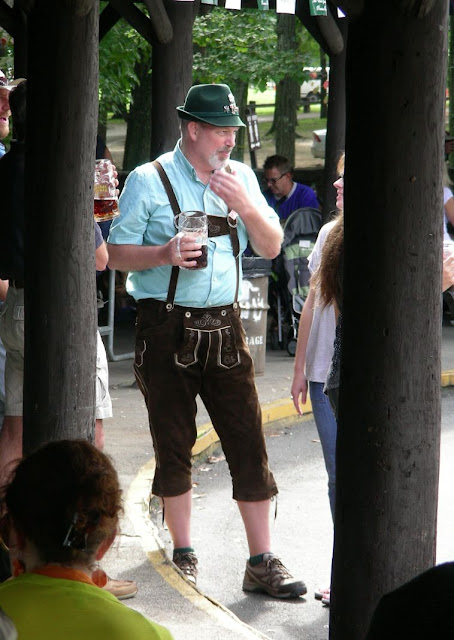 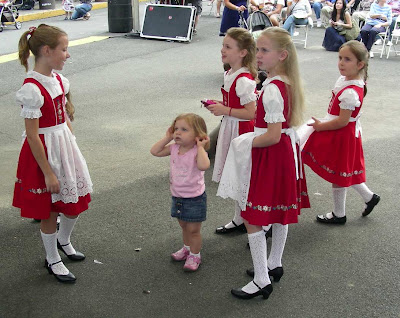 Honorary Oktoberfest’s are held all over the world. Selina treated me to a fine one last week upstate by the Bear Mountain Bridge. 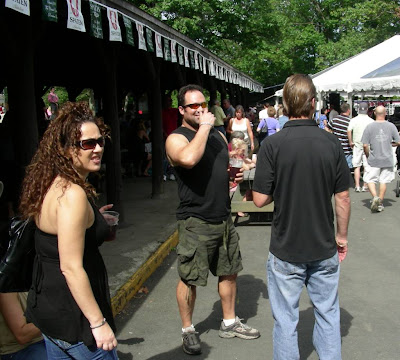 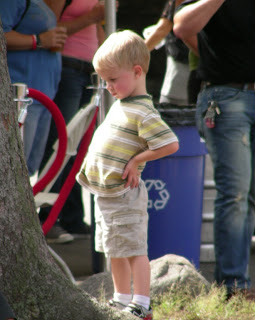 We enjoyed a classic meal of Würstl (bratwurst sausages) and  Reiberdatschi (potato pancakes) with sides of caramelized onions, apple sauce and pickled beets. All washed down with lots Spaten, of course. 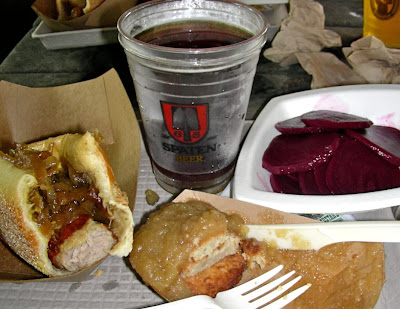 And then we tried the amazing apple strudel. Delicious! The waffles looked pretty good, too. 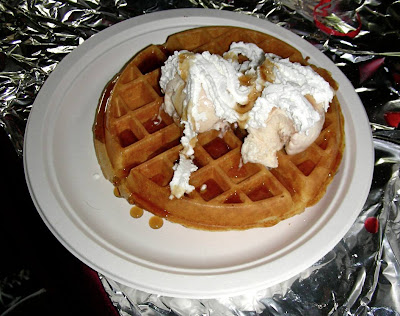 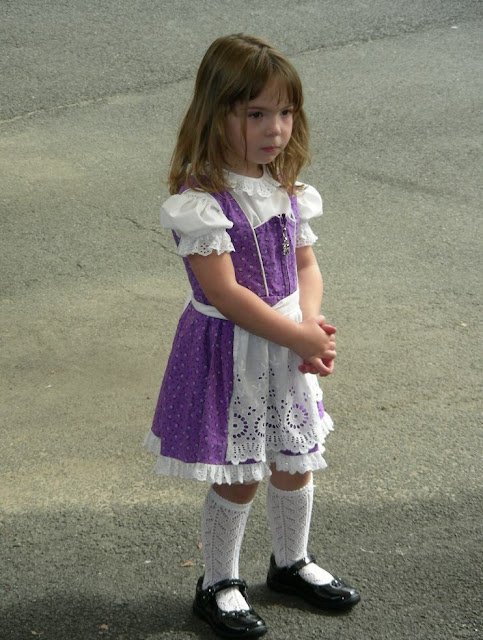 Large quantities of German beer are consumed at the original, with an amazing 7.1 million liters served during the 16 day Munich festival in 2010. 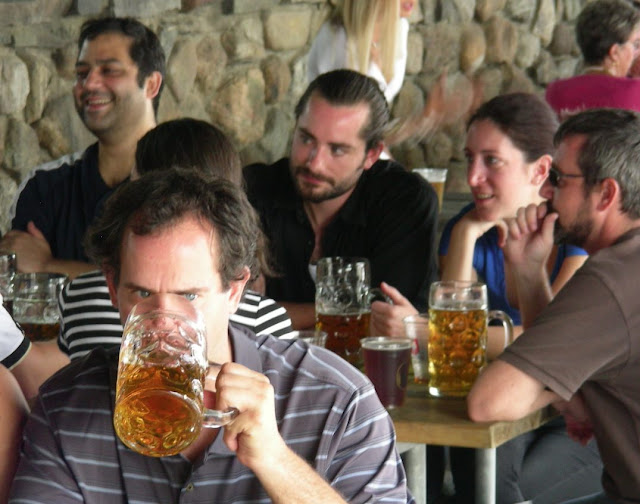 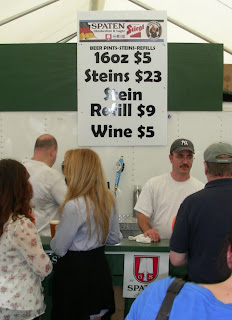 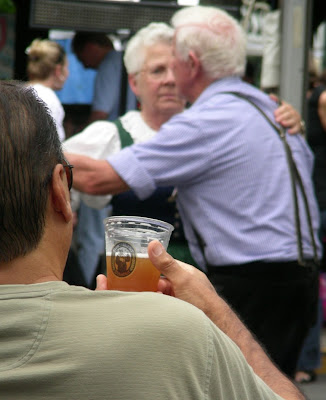 With 6.8 million visitors in Munich, enough urinals were installed to run more than half a mile or about 10 city blocks. 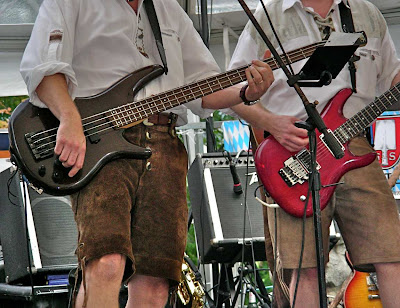 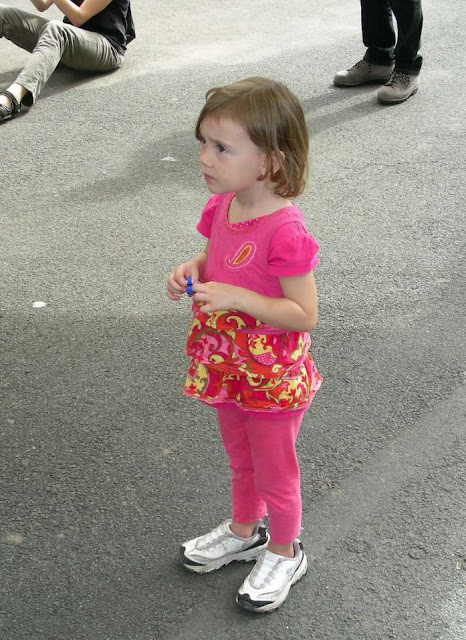 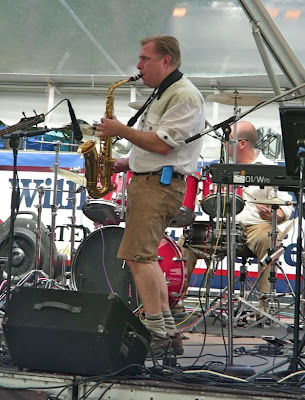 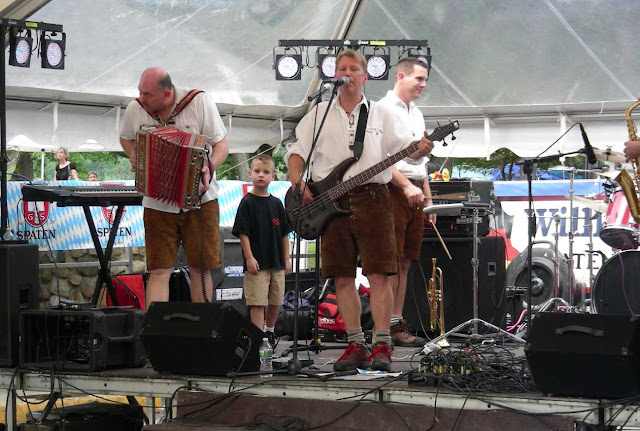 The music at this fest was a mix of oom pah and classic rock hits, and everybody danced and danced. 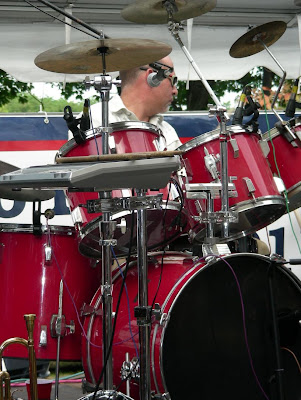 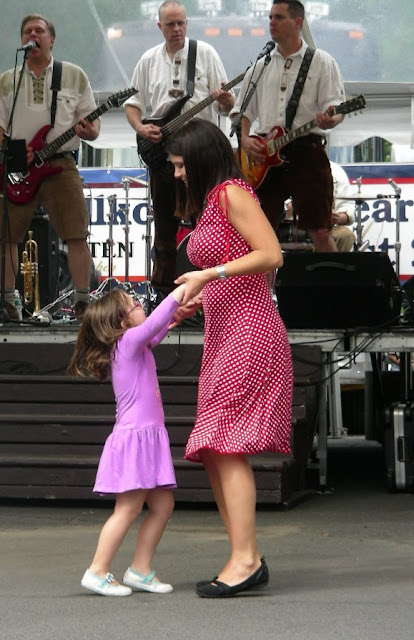 Yes. It was THIS awesome! 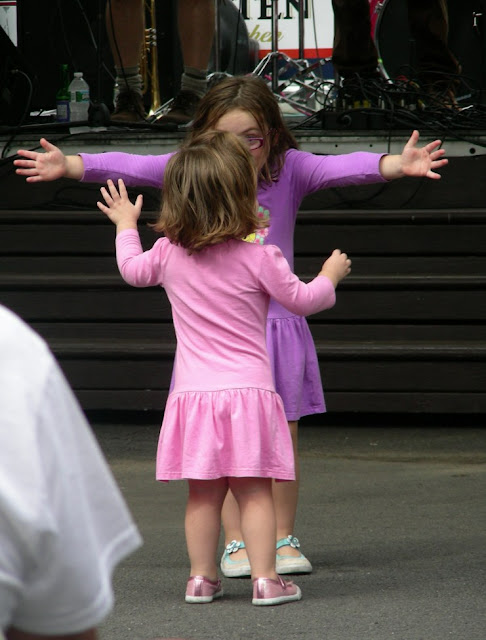 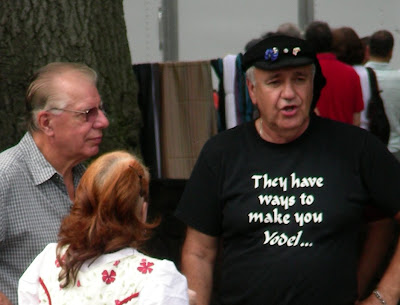 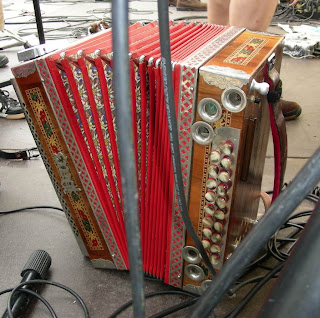