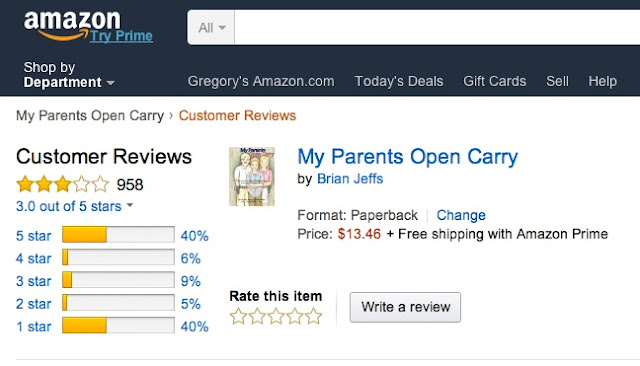 Brian Jeffs and Nathan Nephew, both fathers of daughters, are entrenched in the belief that an armed militia fares better than an unarmed citizenry.

So they wrote Open Carry. 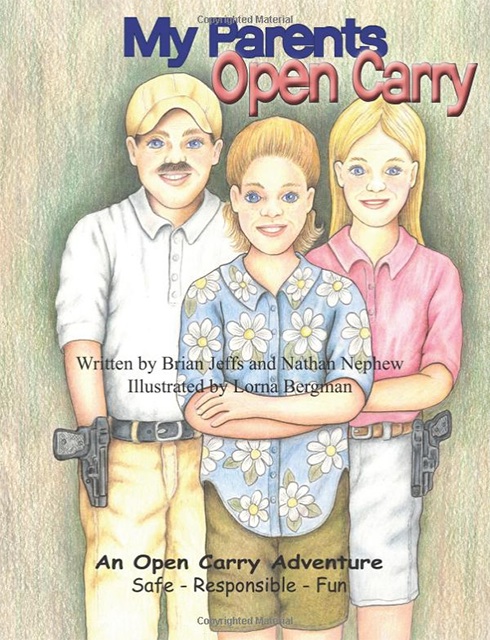 This is real, this is not Onion stuff.
Bedrock NRA types are reaching down a generation. 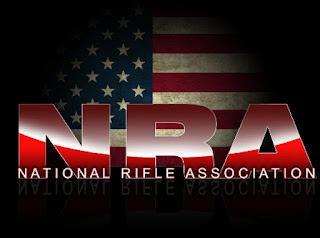 “Open Carry attempts to normalize behavior that every other developed country finds abnormal and unsafe,” said Parents Against Gun Violence in a statement. 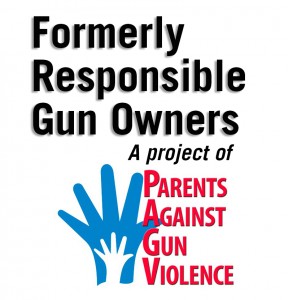 The book tells the story of 13-year-old Brenna Strong
with her Second Amendment issues
and her gun-totin’ parents, Richard and Bea. 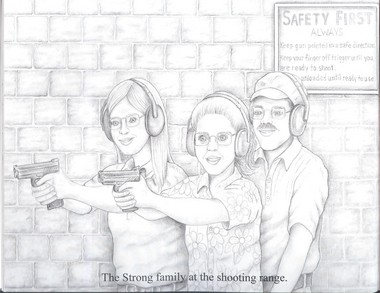 The father’s name in the book is Richard Strong. 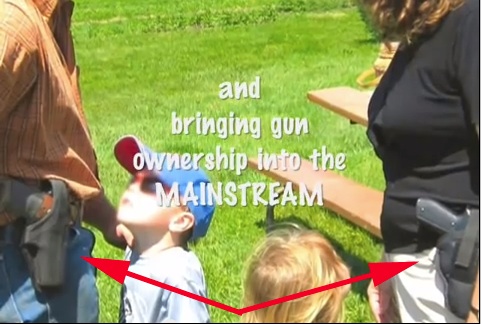 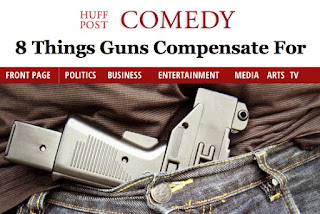