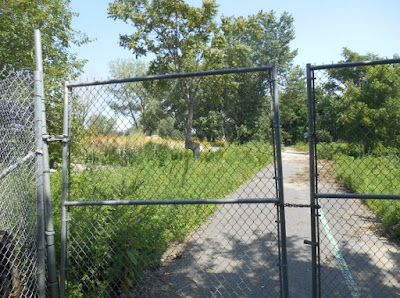 The bicycle ride out to Clason Point still shows evidence of the pounding this area took during Sandy. 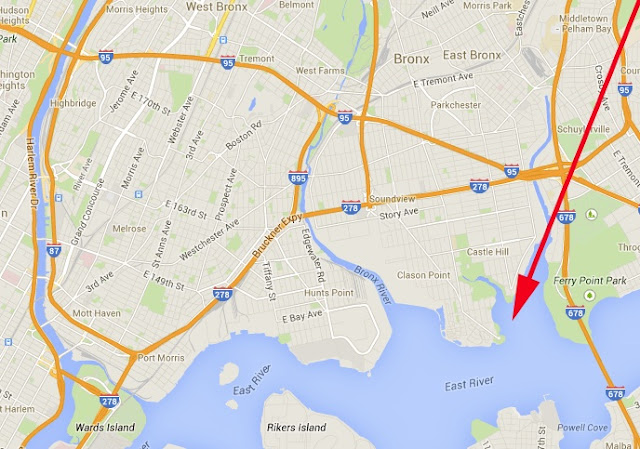 It’s the least known of the three Bronx peninsulas and the community is right on the water. 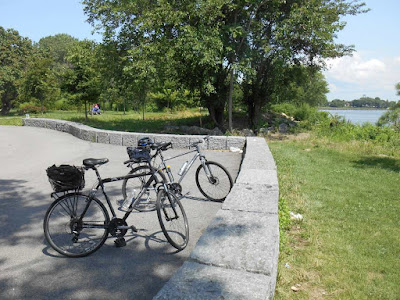 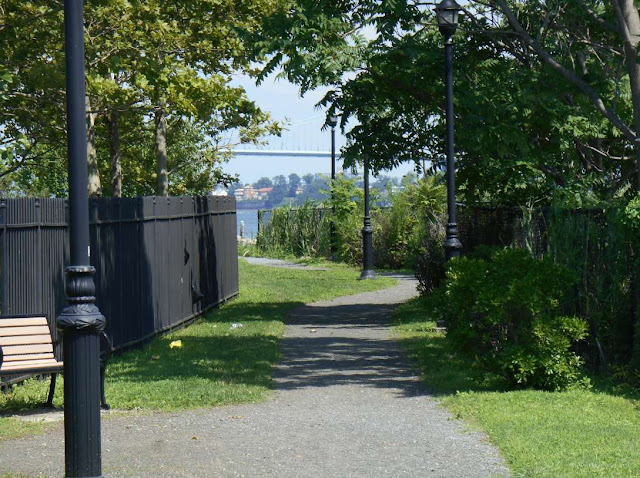 Clason is right in the middle.
That’s the Whitestone Bridge on the horizon. 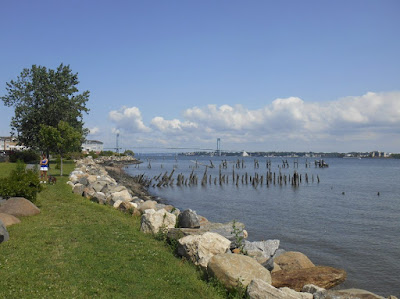 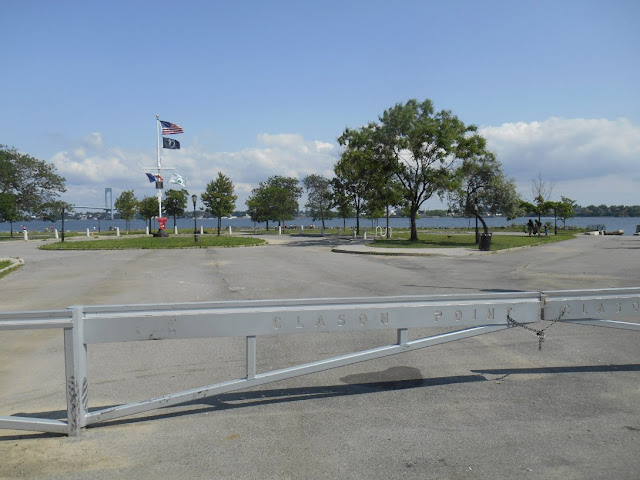 One hundred years ago this place was rockin’. 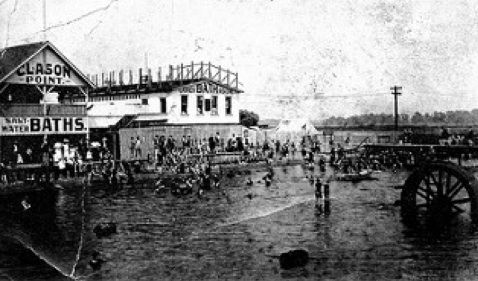 Ferries brought cityfolk from Manhattan and College Point and on a good Summer day upwards of 50,000 would come out here for the baths, casino and amusement park. 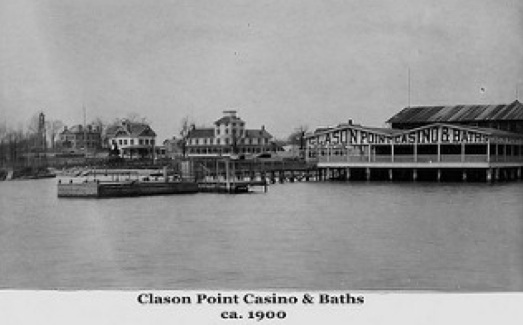 See the faint little ferris wheel on the right? 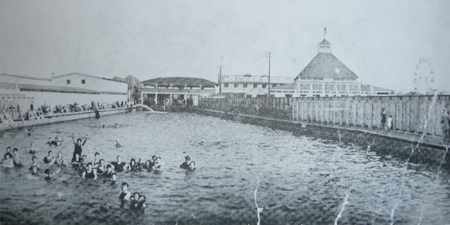 It was June 11th, the place was packed, and a typhoon electrical storm blew in from the East River. 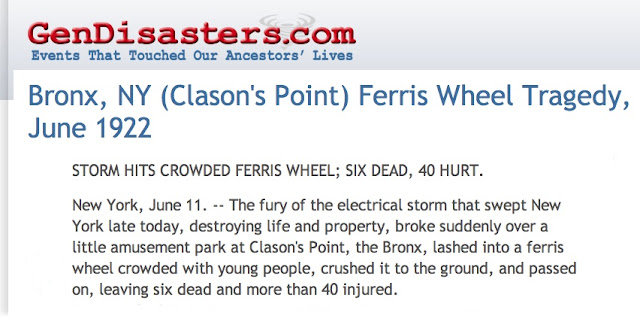 The New York Times reported that folks were stranded near the top of the 100 foot wheel and watched helplessly as lashing rain and 75 mile an hour winds roared in and pushed the Ferris Wheel over.

The wheel was brand new and considered one of the best in the country. 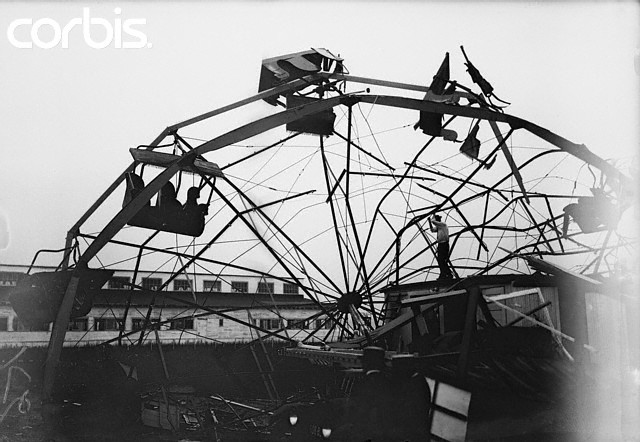 But by the time the storm was over, 19 people had died. 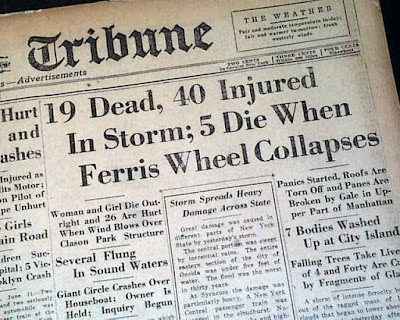 Things went downhill from there until the ferries stopped in the 1940’s. For years Clason Point was fairly poor. 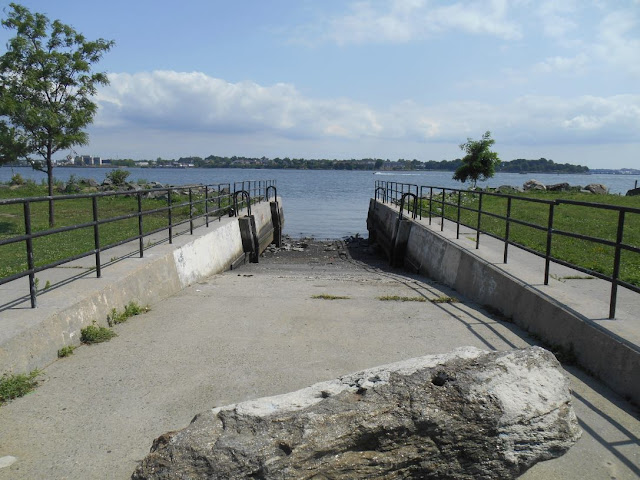 Today almost 60% of the locals are hispanic, and another 30% are black. 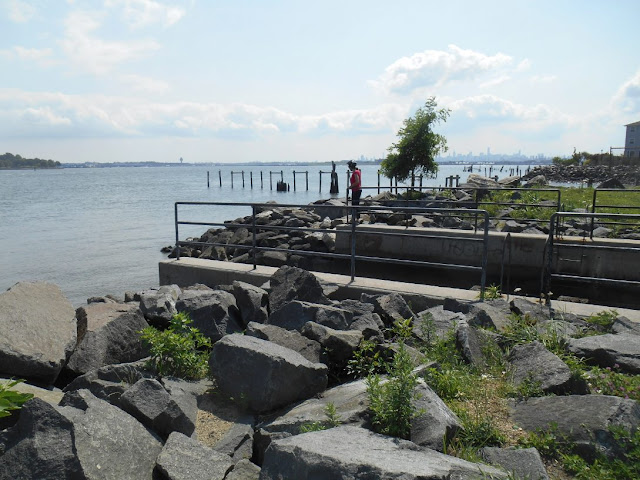 It’s a car culture. The subway is miles from here. 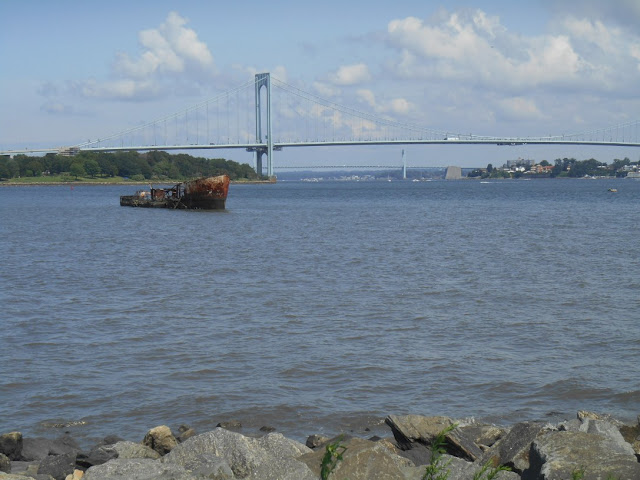 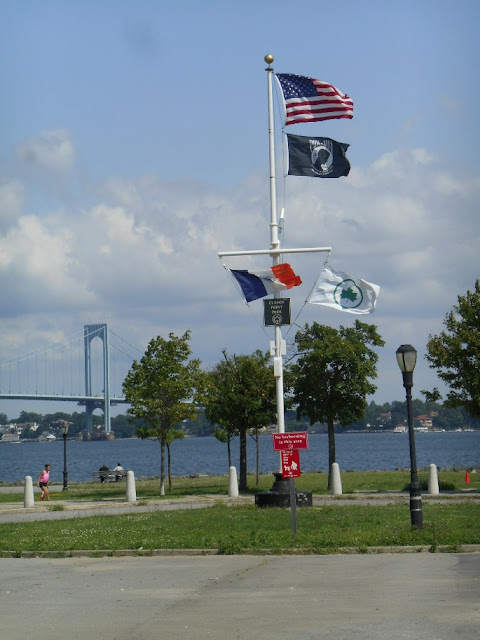 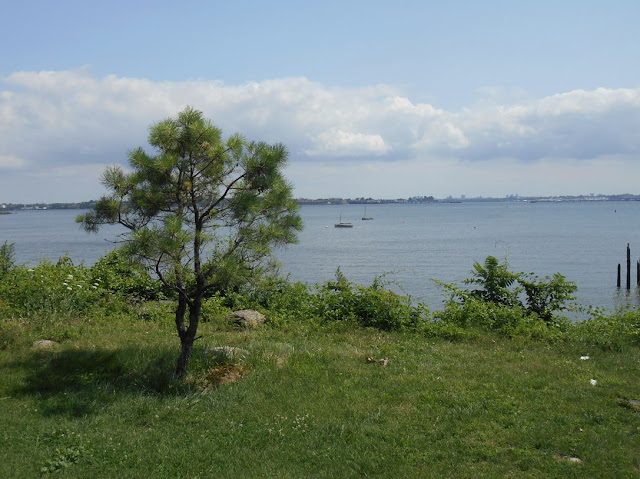