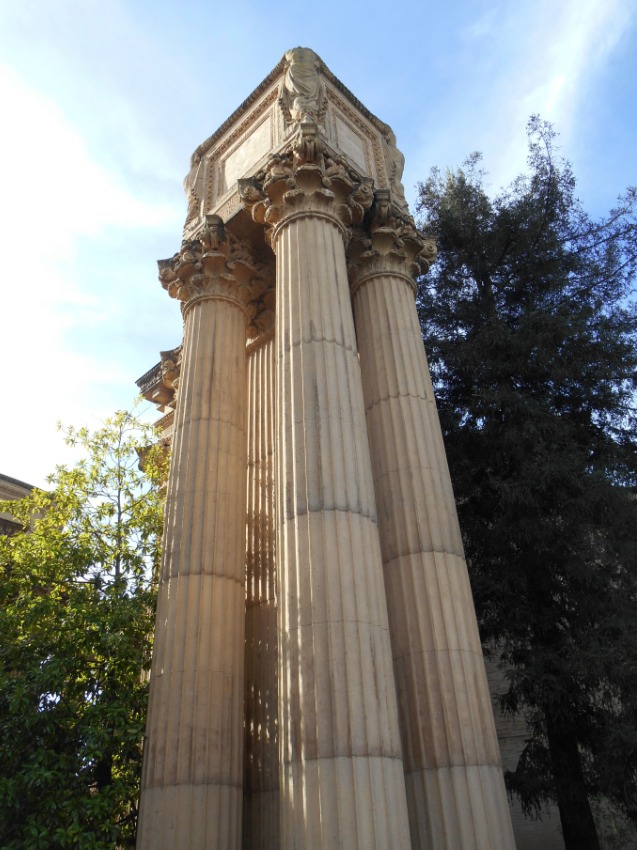 The Marina district in San Francisco. 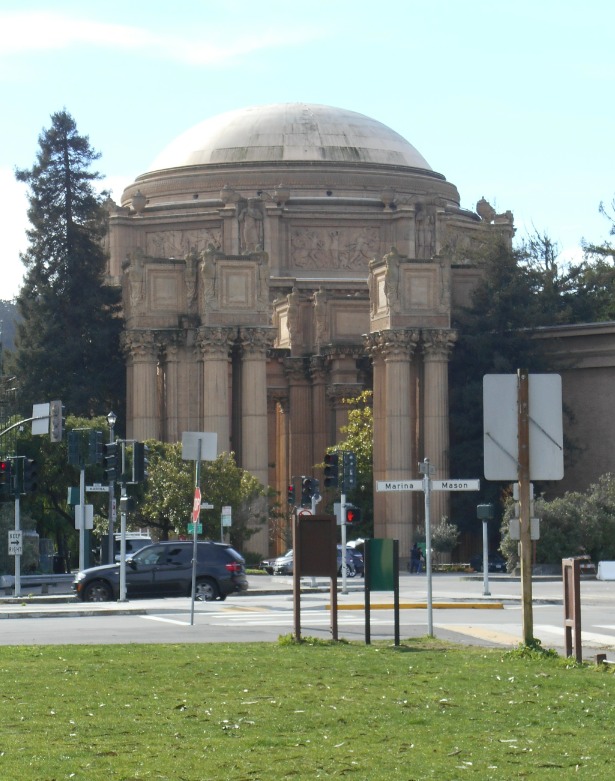 After the earthquake of 1906,
the city wanted to demonstrate resilience. 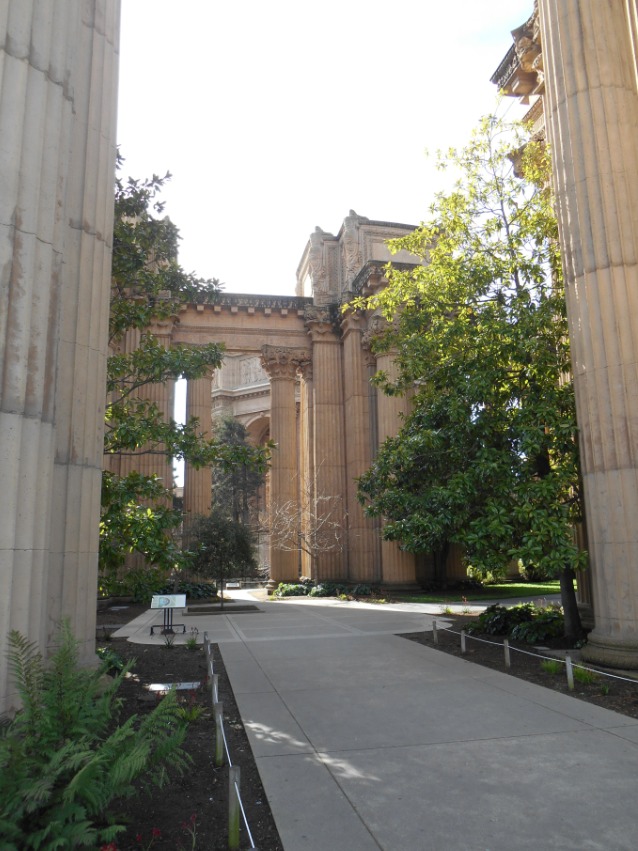 The Panama Canal was getting ready to open and so they planned a huge “Panama Exposition” in celebration. 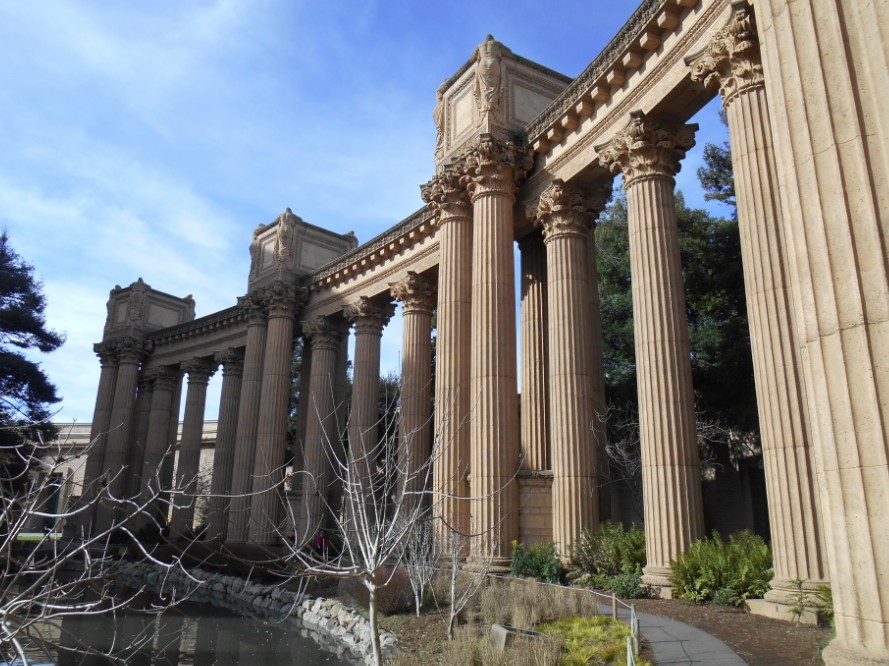 New York architect Bernard Maybeck had relocated to Berkeley in 1890, and he was retained to develop a grand pavilion that became known as the “Palace of Arts”. 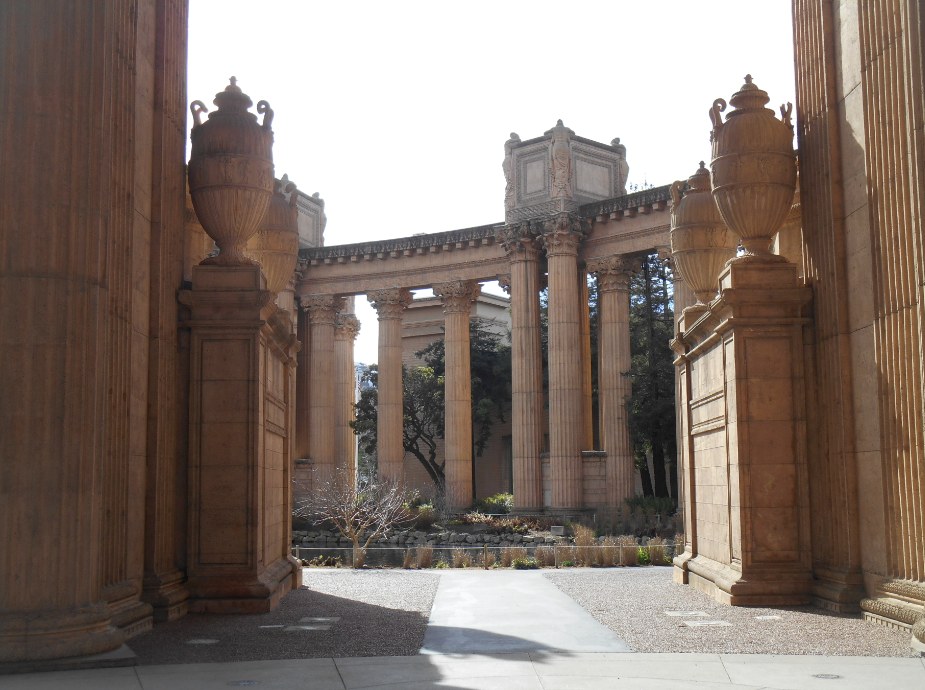 Maybeck was inspired by 18th century Italian architect Giovanni Battista Piranesi, so he designed a $621,929 “ruin” that replicated Piranesi’s work. 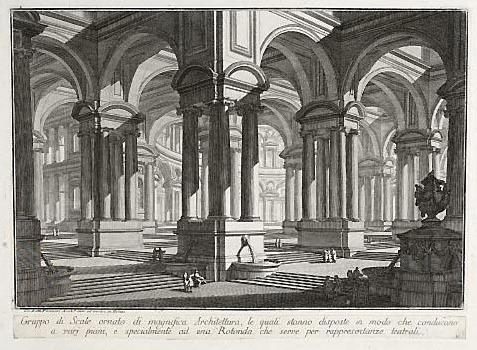 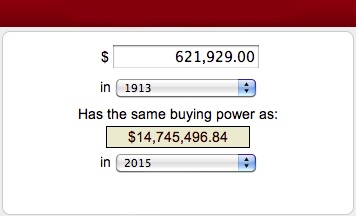 His “Palace of Arts” was an instant hit but built only of wire, burlap and plaster. 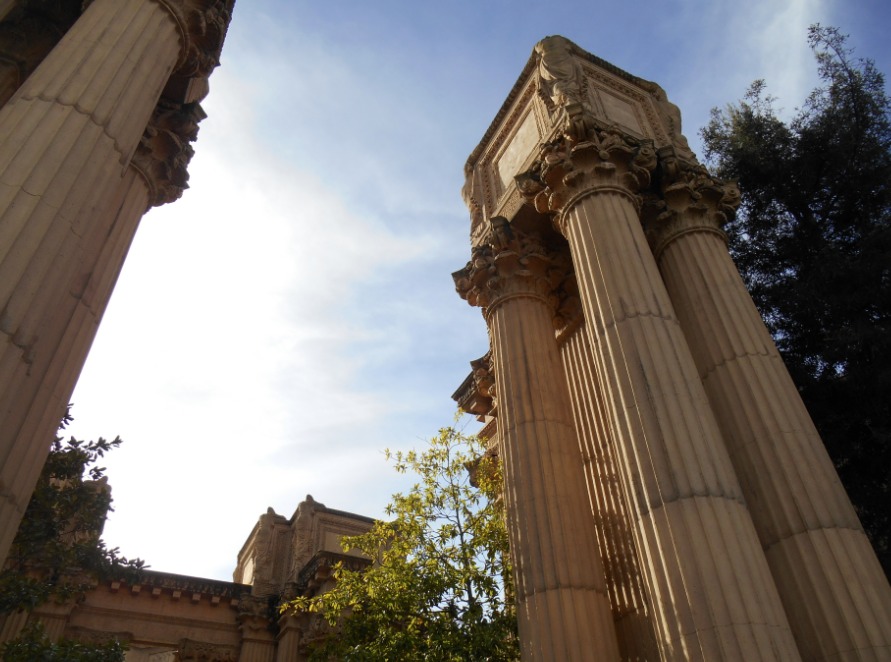 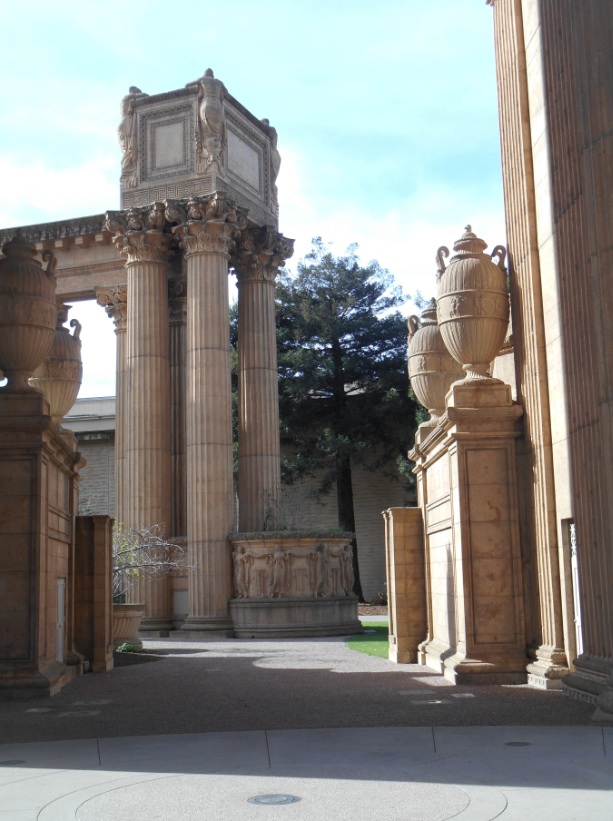 It was never intended to endure. 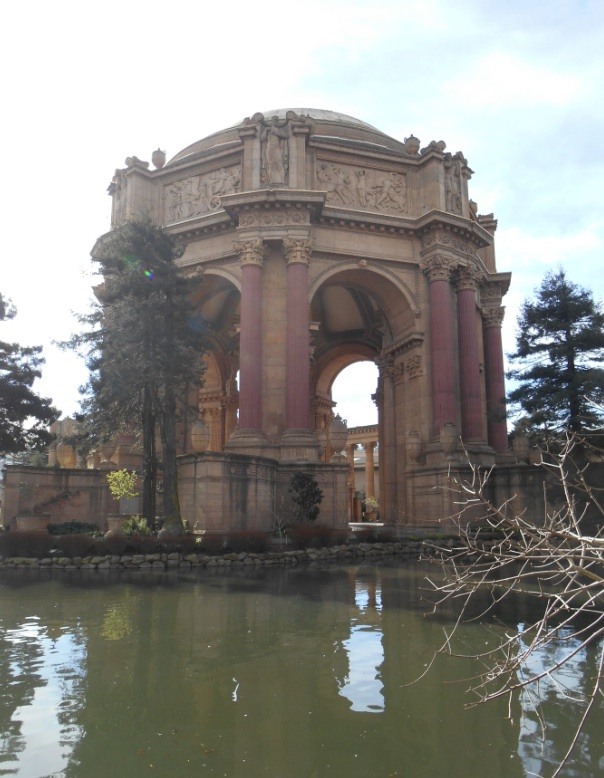 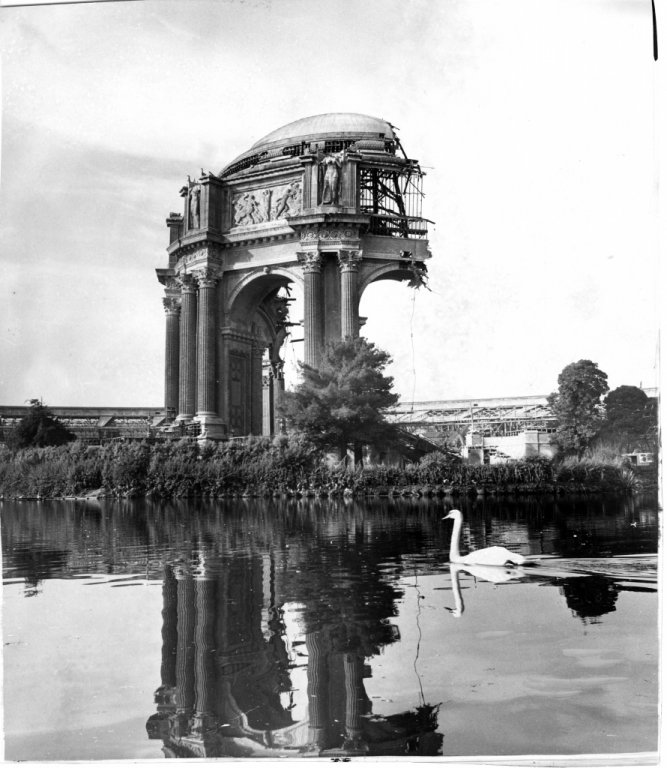 So a “Save the Palace” committee was formed and a private donor arranged to have the entire thing torn down. 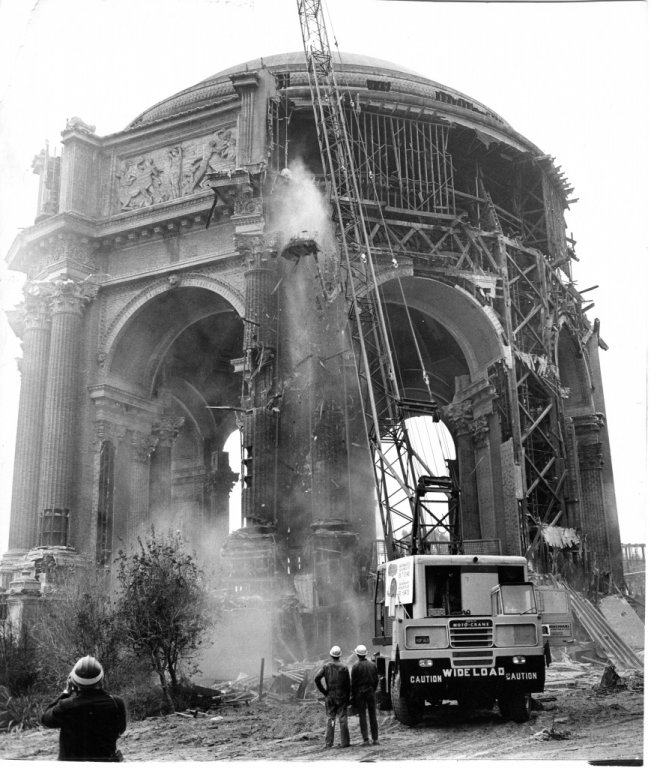 It was rebuilt in concrete as a replica to the first. 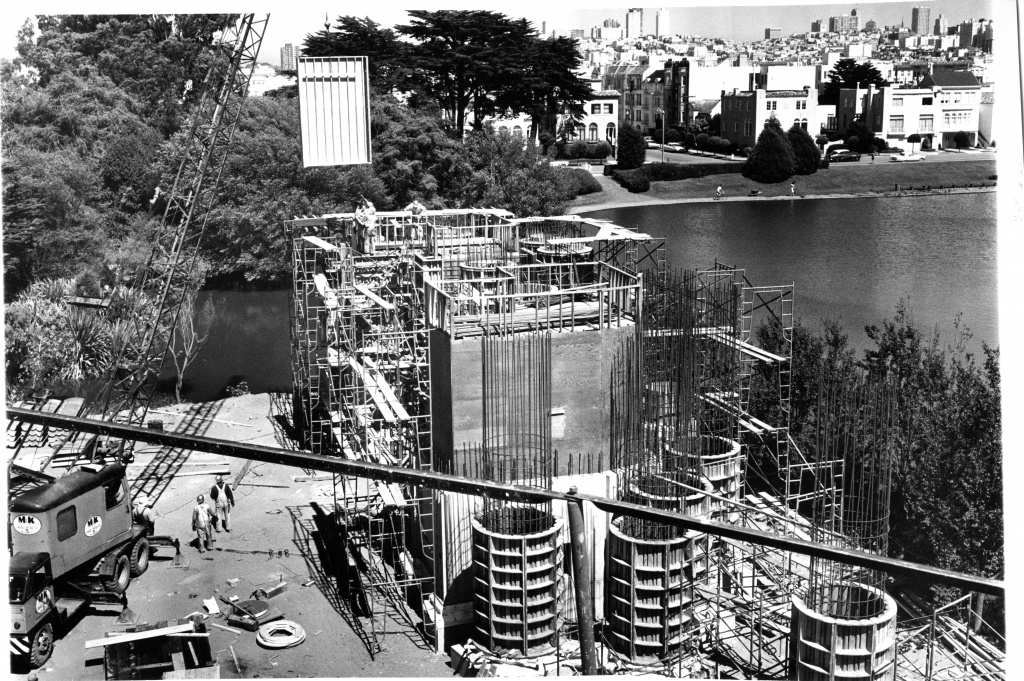 The replacement Palace reopened in the late 1960’s. 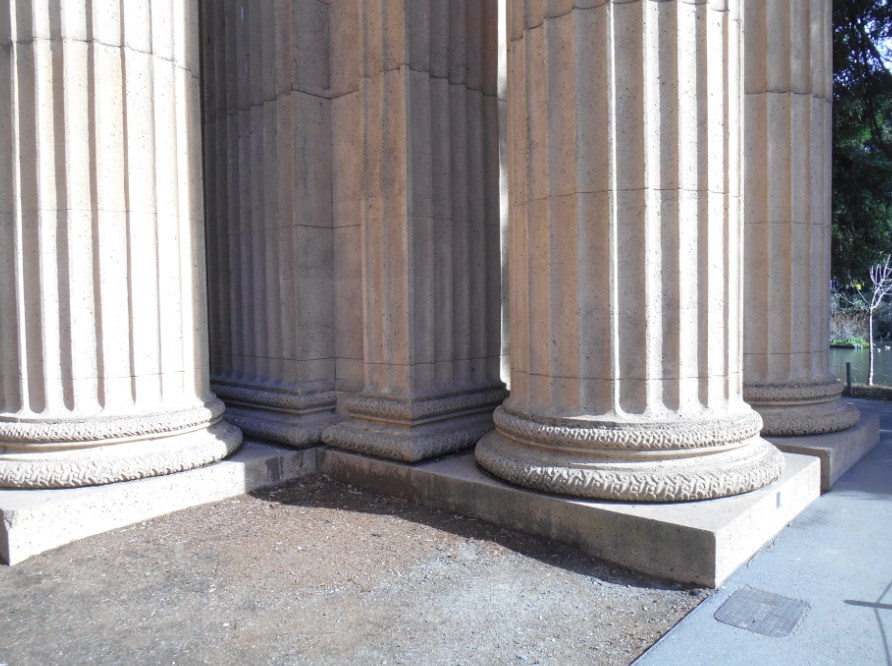 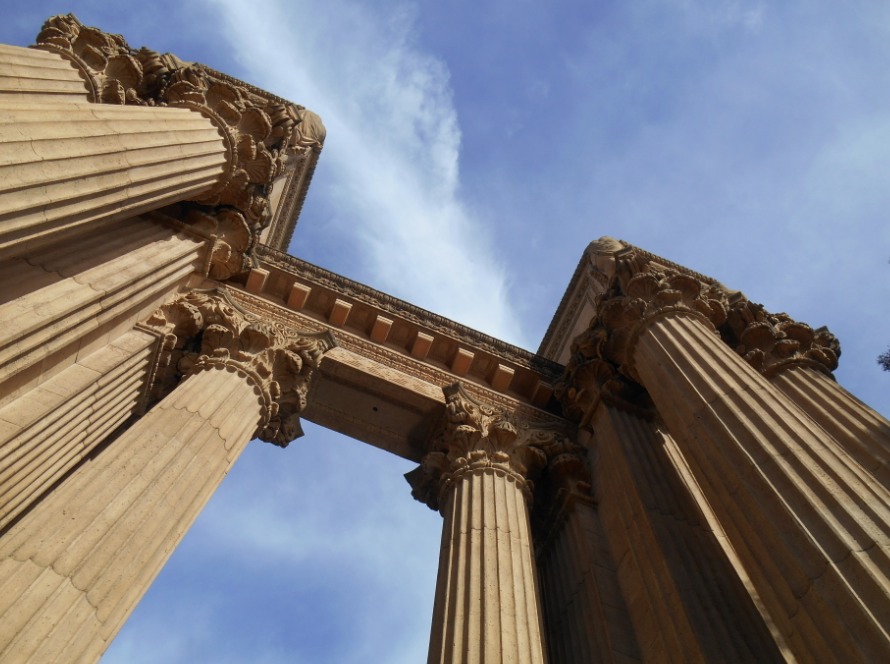 Years later in LA, Disneyland built their own version in another homage... 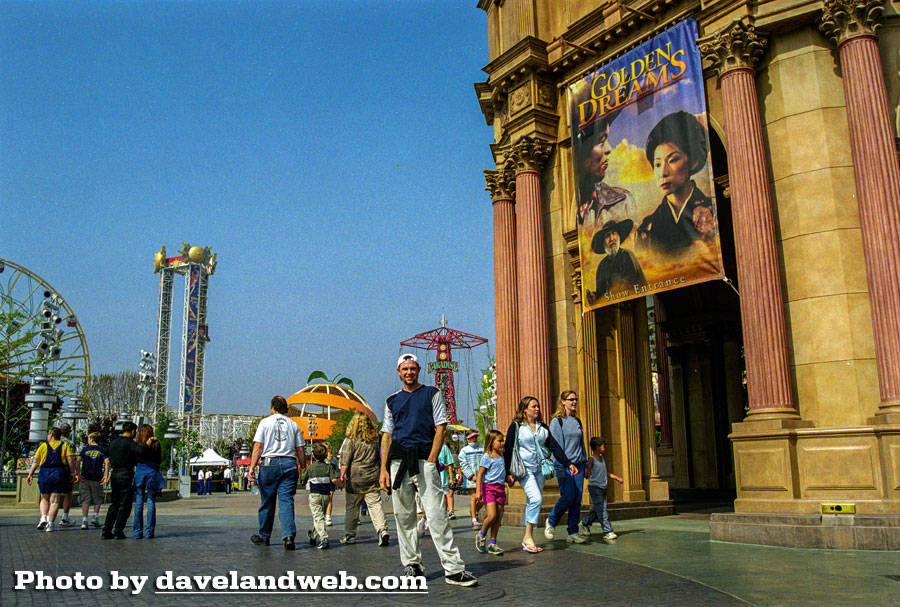 ... becoming a replica of a replica, 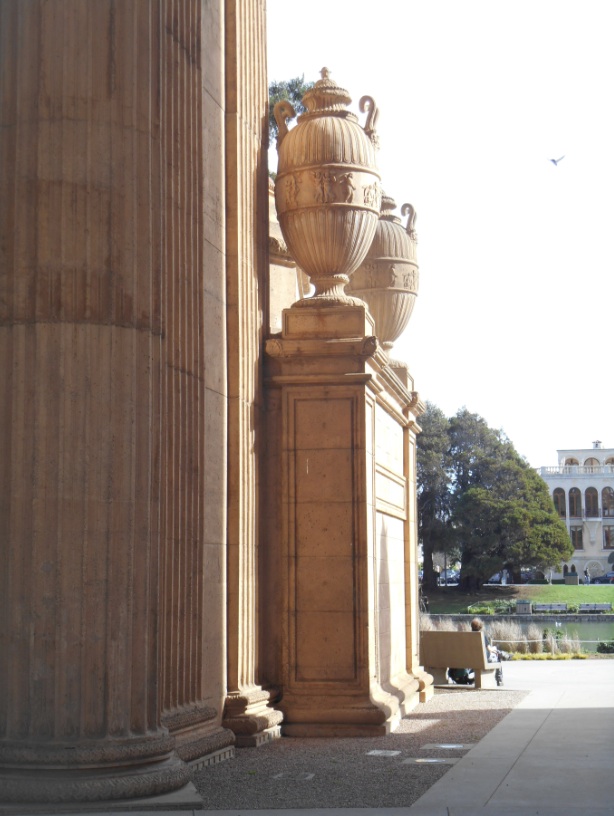 of a replica.
Posted by Gregory
Labels: Architecture, SanFrancisco