and the day after that, as well 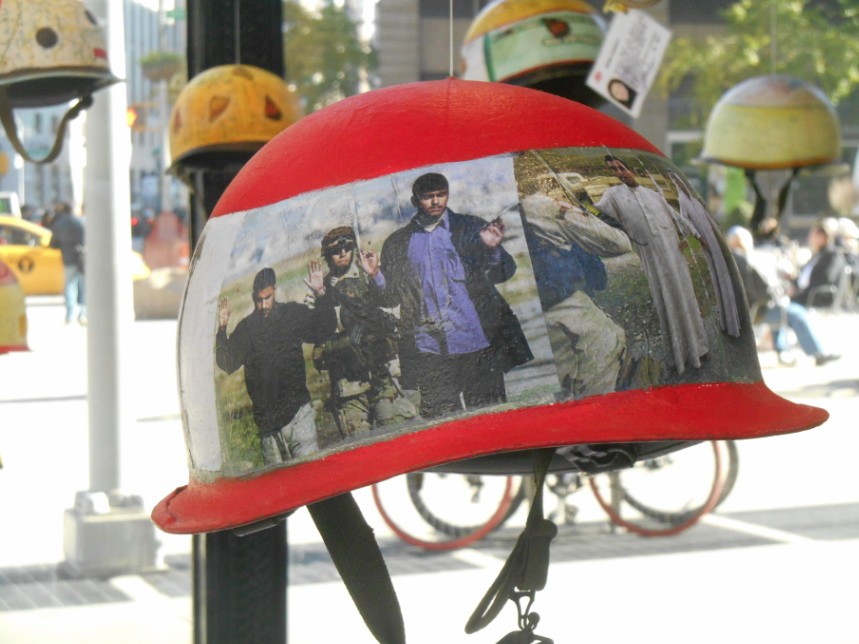 Back in 2002, artist Cindy Kane was moved by the death of Daniel Pearl, the American journalist who was kidnapped and murdered in Pakistan. 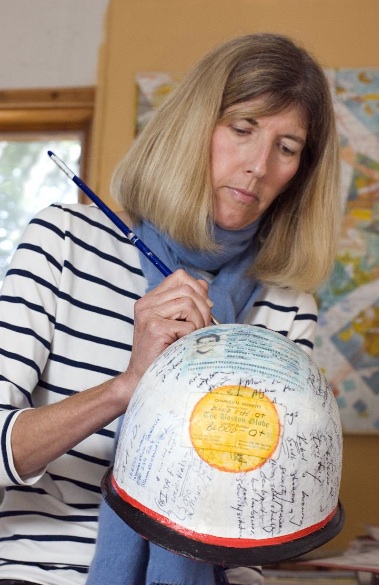 In May of 2011,
SPRINT launched the Flatiron Prow ArtSpace. 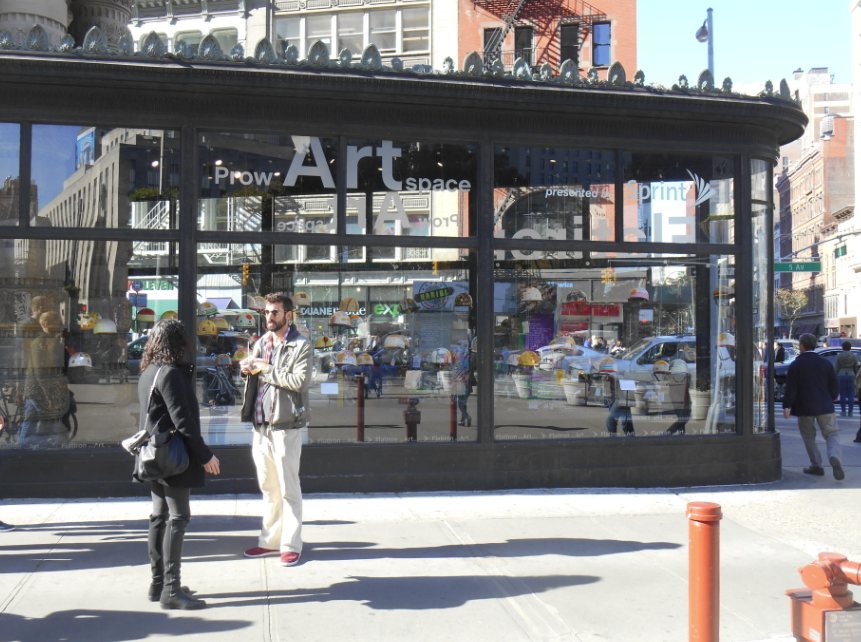 Attached to the 1902 FLATIRON, the glassy retail space was added at the time to help defray galloping construction costs. 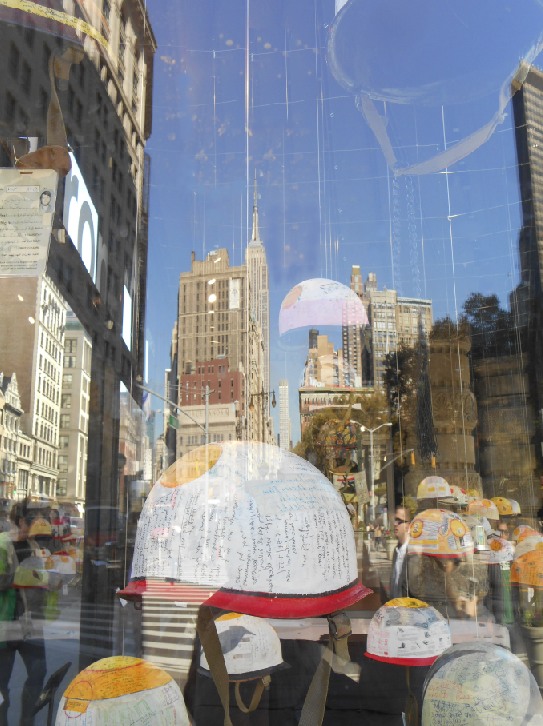 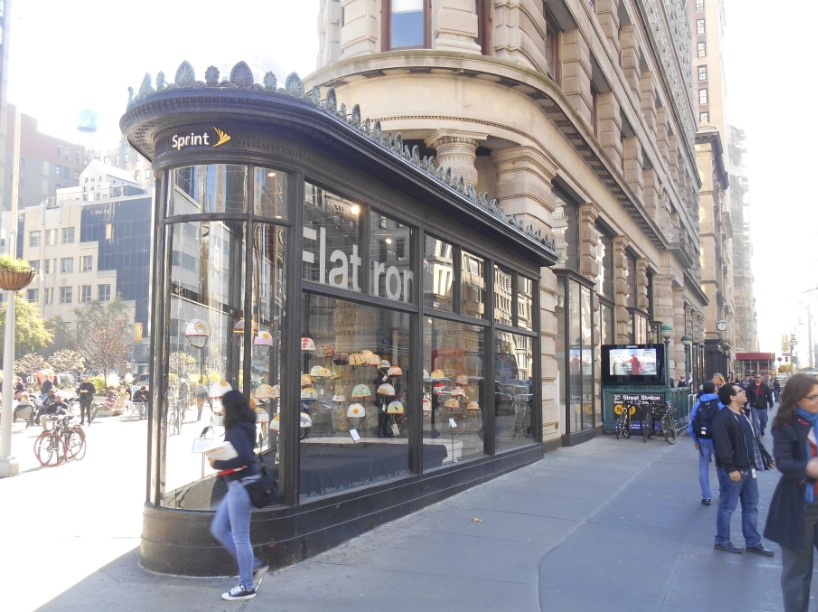 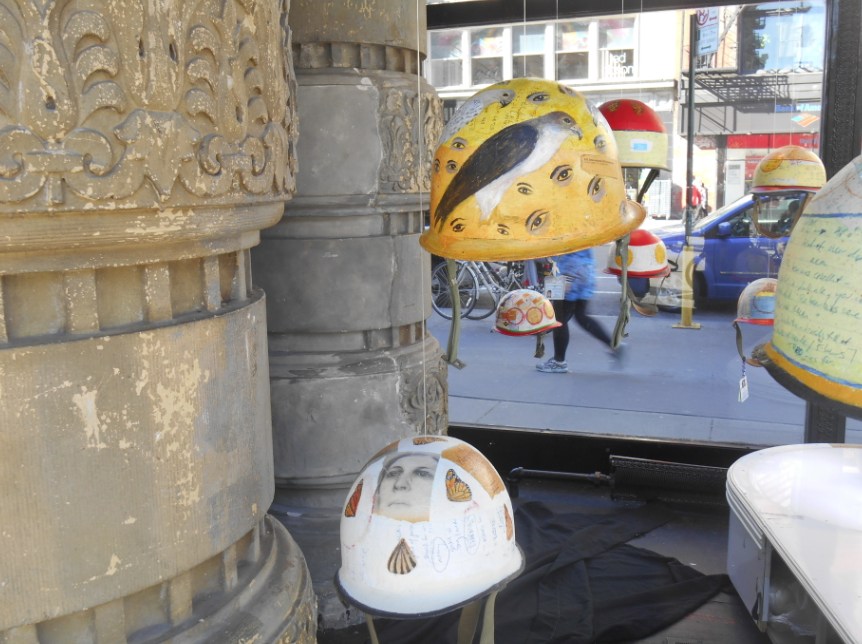 Kane contacted journalists and asked them to send her paper relics from the wars they’ve covered. 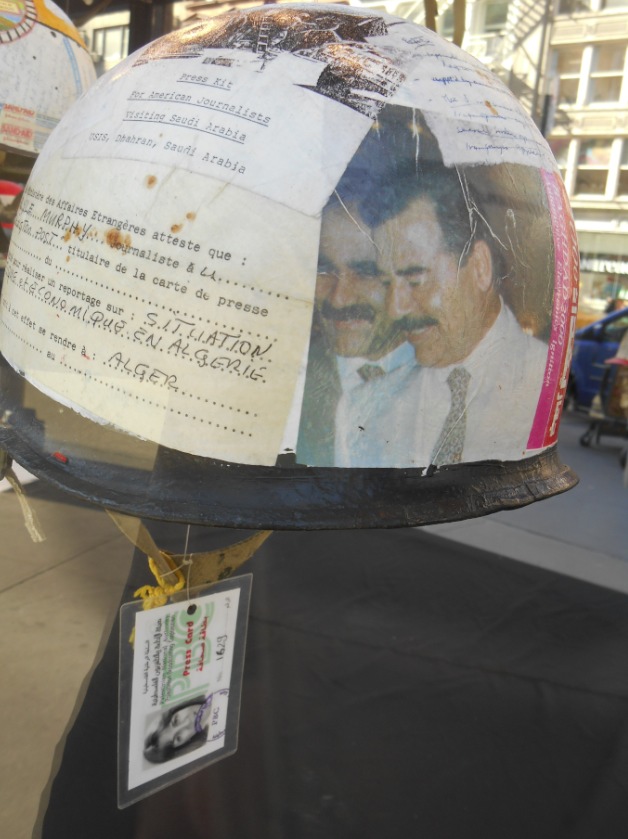 She was overwhelmed when notes and photographs, airline tickets, even Band-Aids, arrived from foreign correspondents who had been through war overseas. 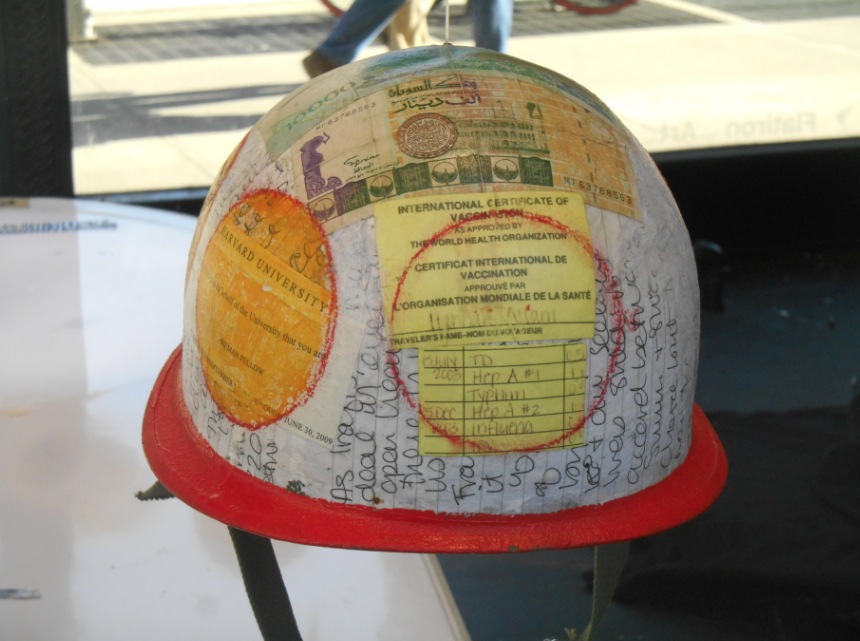 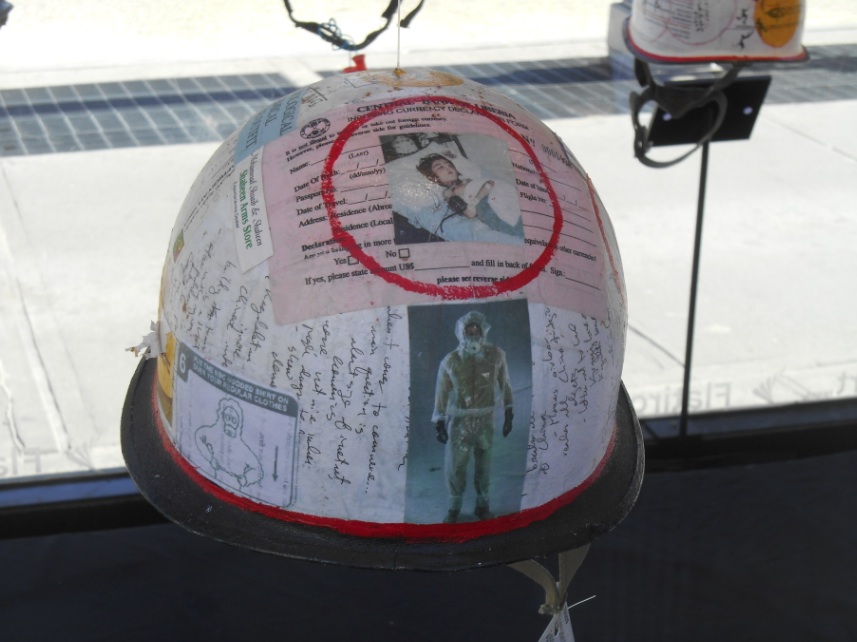 She paints the helmets white, then covers them with the paper detritus of war. 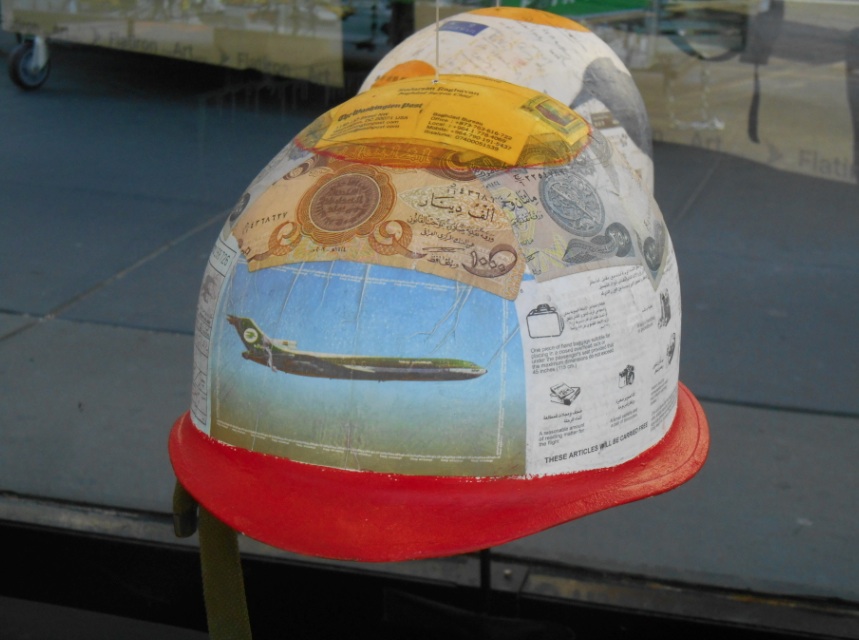 Then she adds her own artistic touches — color, imagery, little figures, paintings of butterfly wings and eyes. 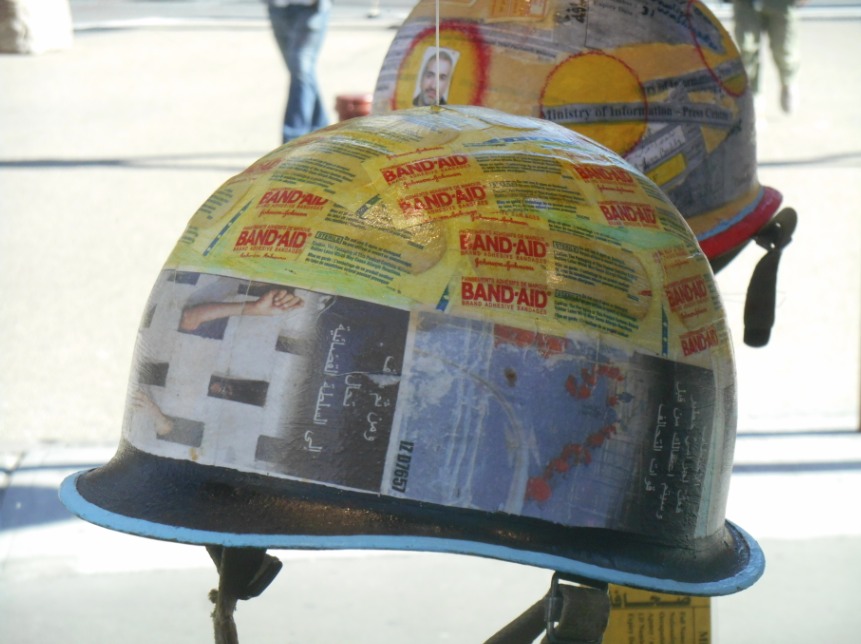 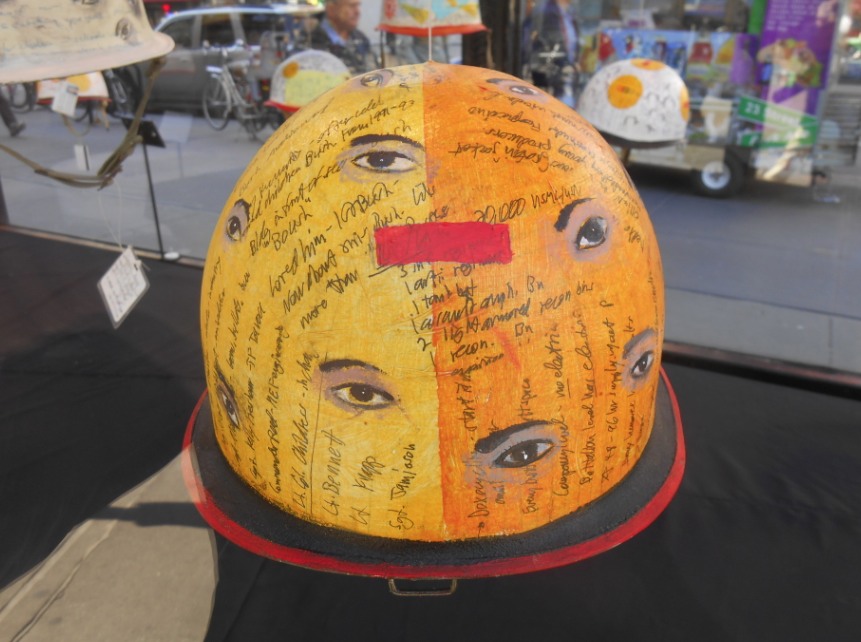 The only package she couldn’t work with and returned was from the Muslim journalist whose house Mr. Pearl was staying in, at the time of his kidnapping. 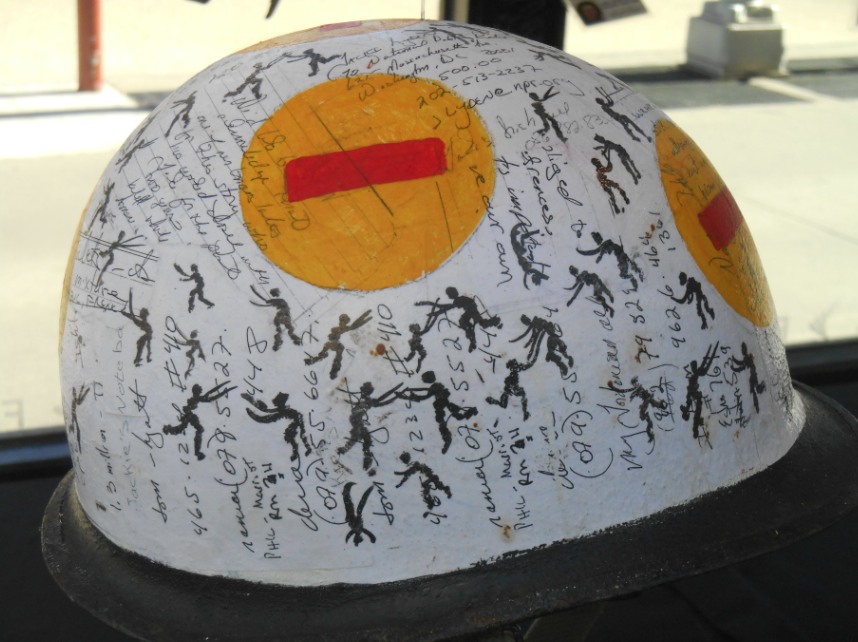 “I couldn’t bear to touch it, so I sent it back,”
she said quietly. 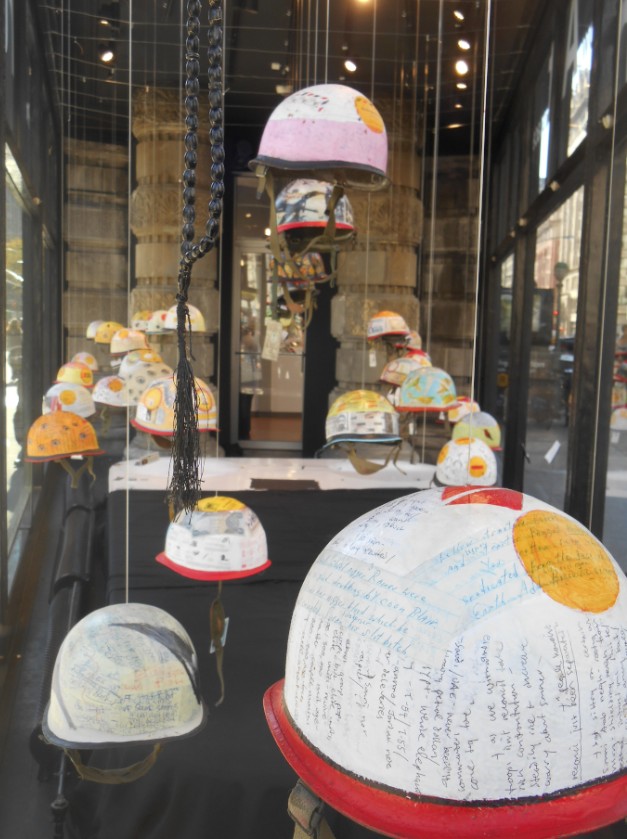 If you know a veteran of foreign war,
give them your thanks today. 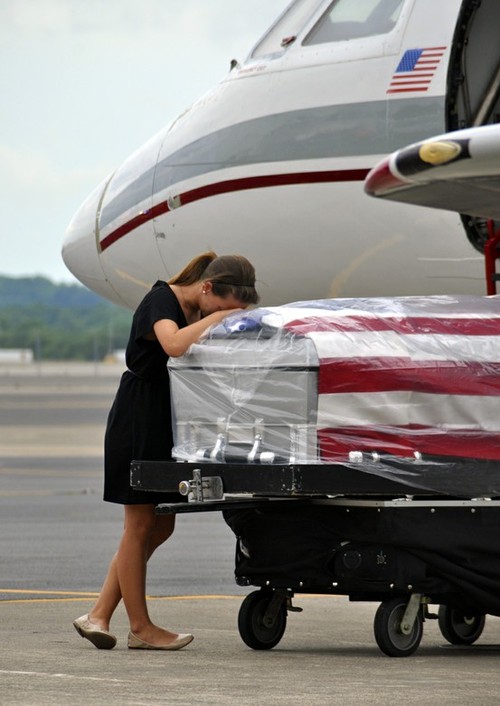