what’s in a name? 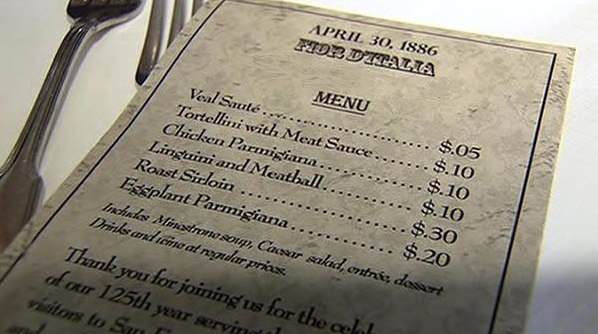 The Bruckner Bar at #1 Bruckner Boulevard has a long and storied history, named after Henry Bruckner. 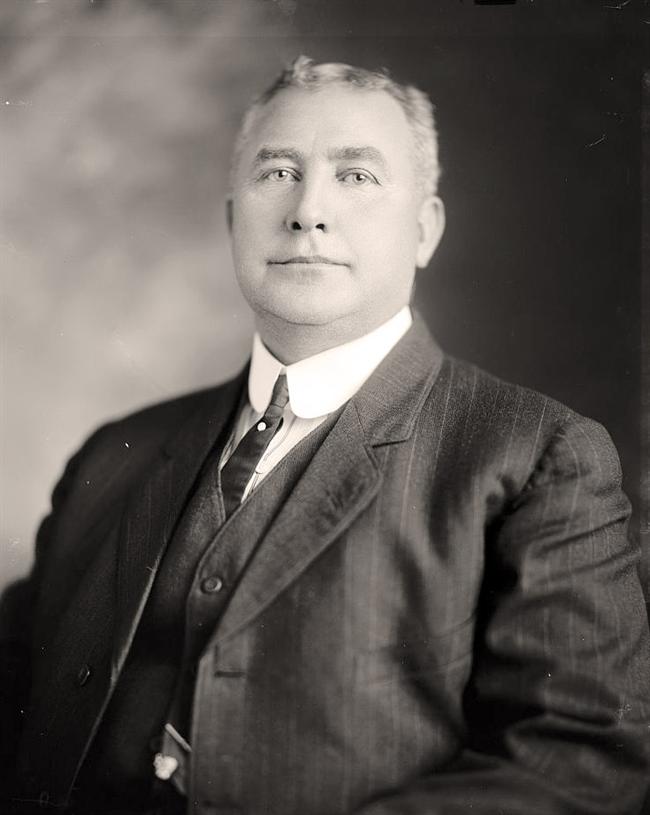 Bruckner made his money in mineral water in the 1890’s then rose through Bronx politics to become Bronx Borough President in 1918. 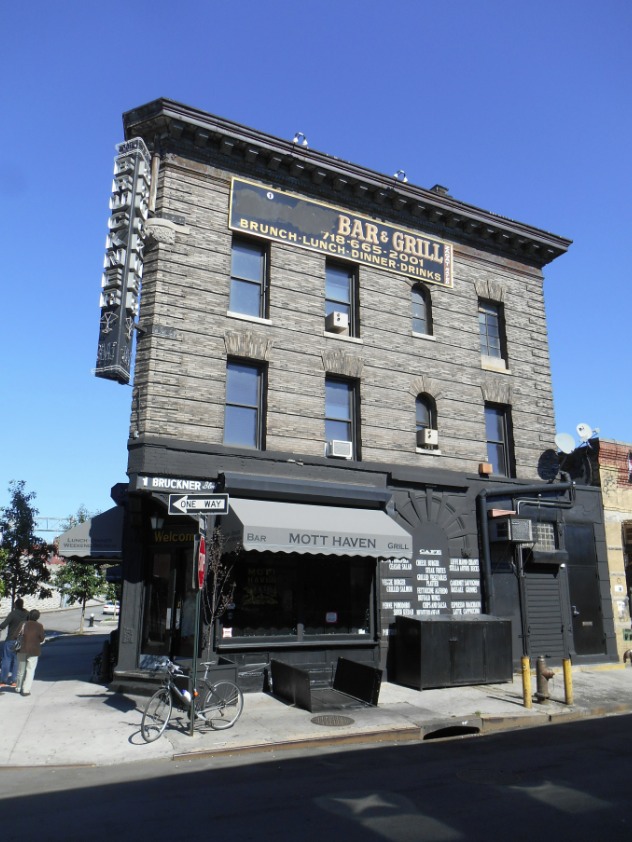 But what’s this? His name is painted out. 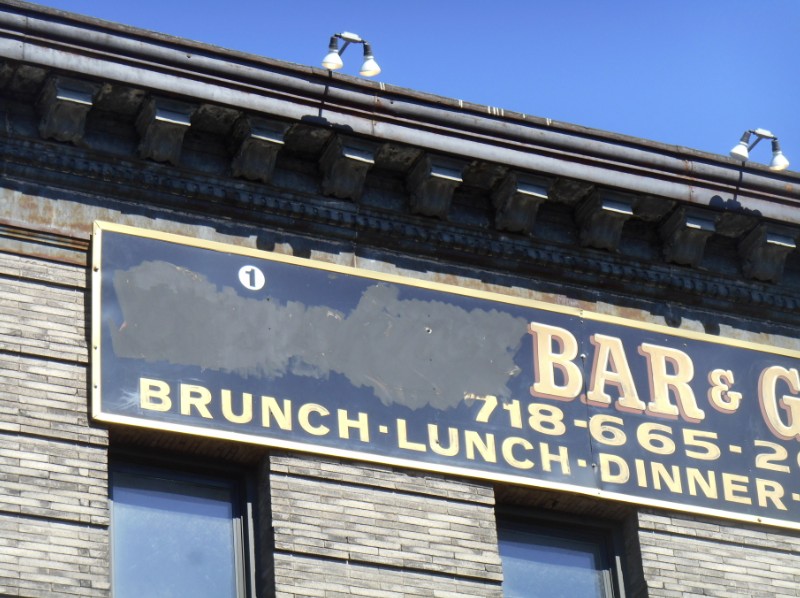 New awnings are in place. 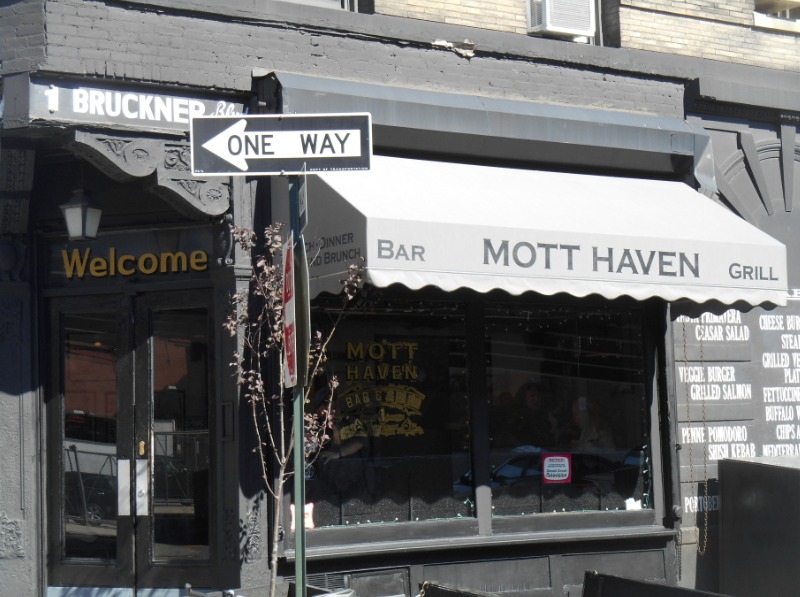 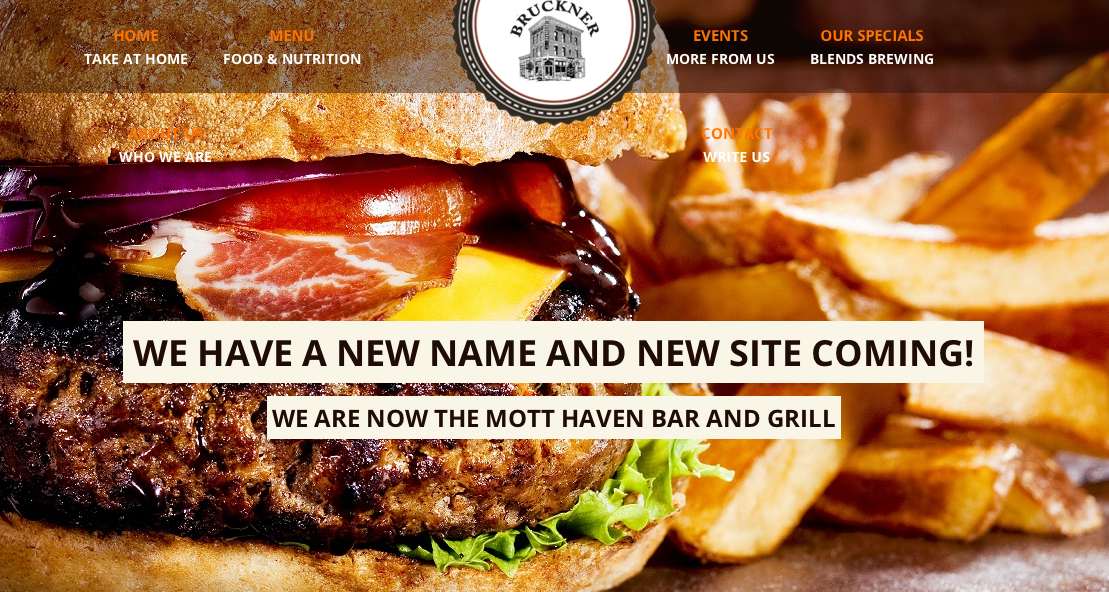 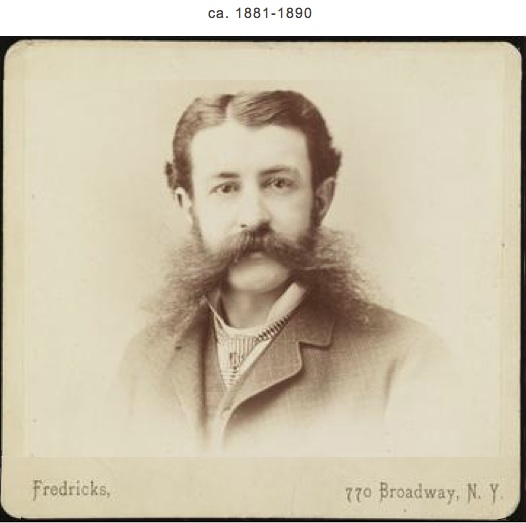 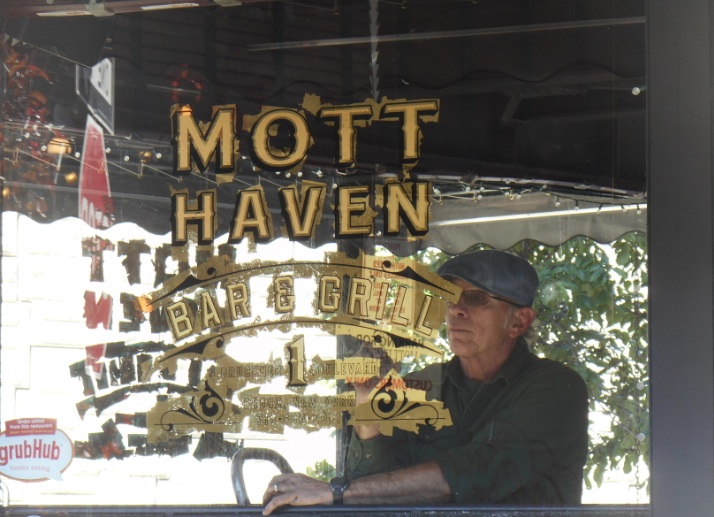 The ClockTower and #1 Bruckner are in Port Morris. 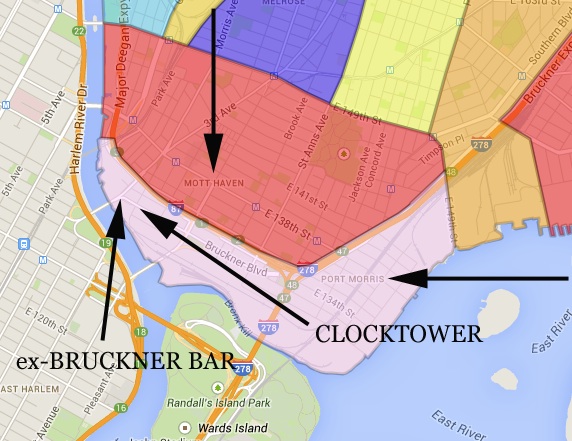 Gouverneur Morris was a Bronx mover, shaker and railroad builder in the 1800’s. 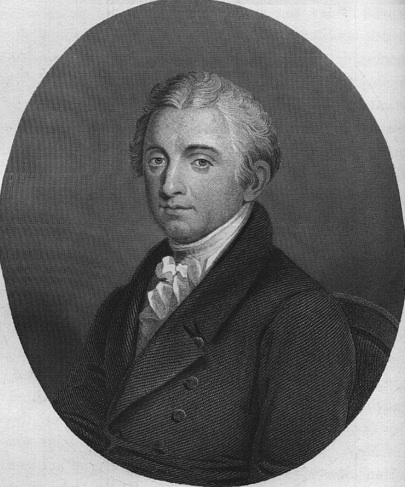 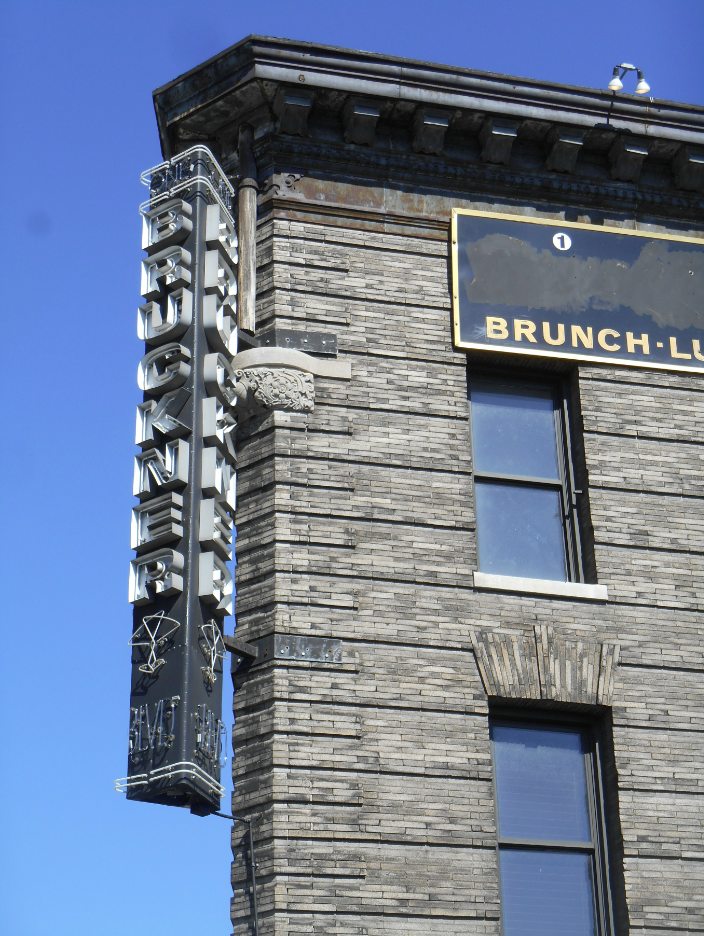 So should this actually be the Port Morris Bar? 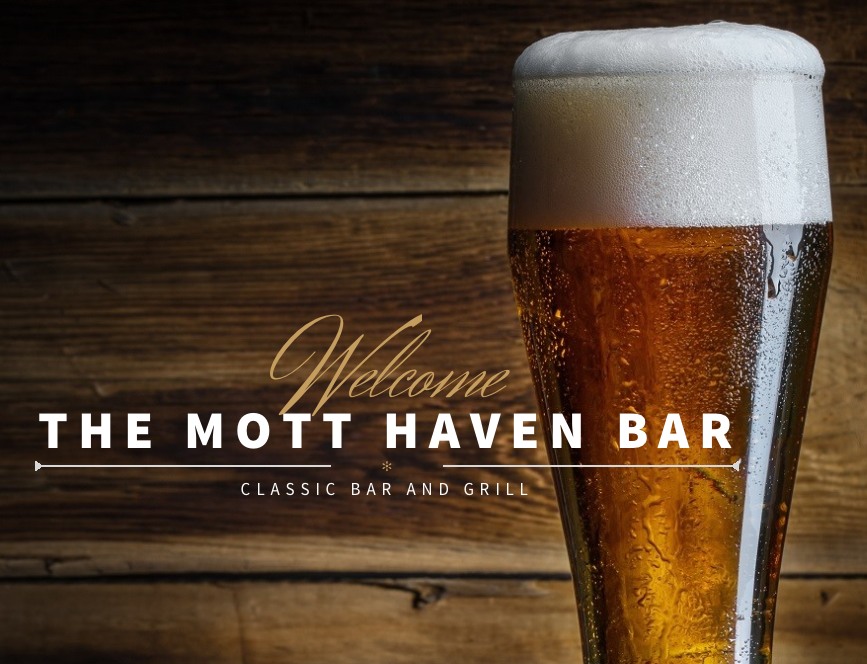 Shakespeare would not have cared.