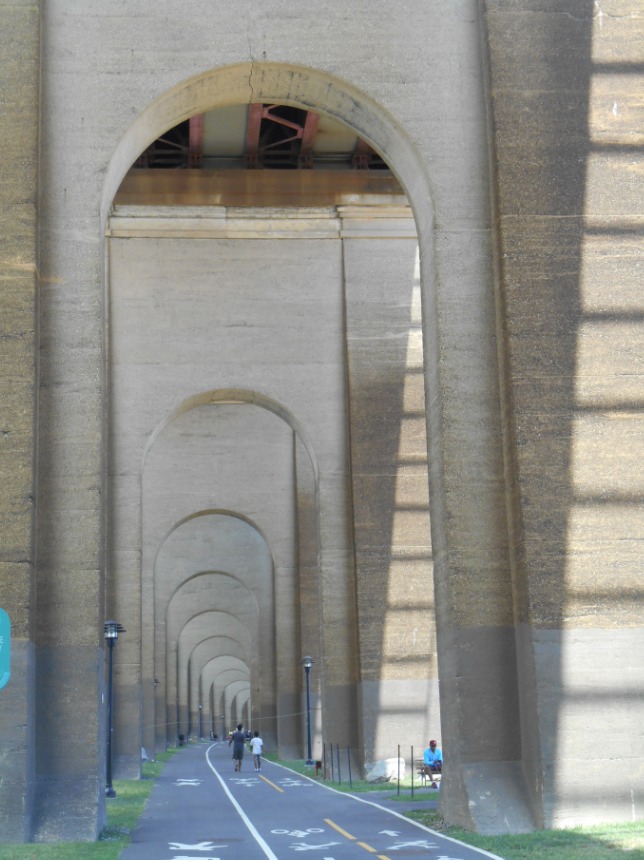 In 2006 Mayor Bloomberg announced plans for the South Bronx Greenway with a foot bridge connector across the Bronx Kill as first priority. 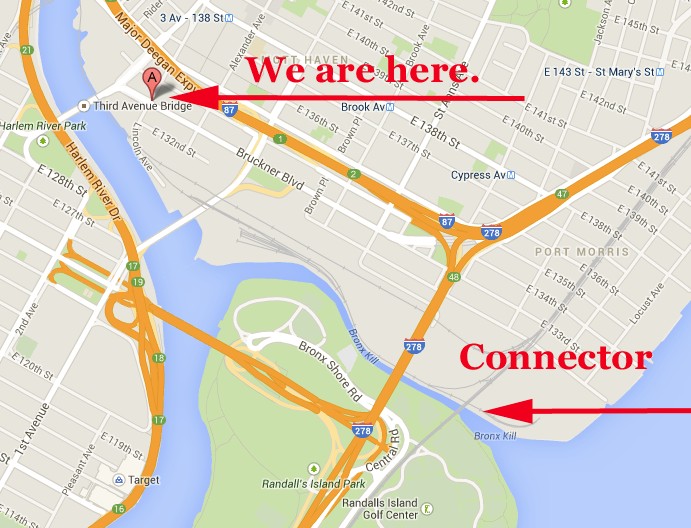 That hasn’t happened but it is getting closer. 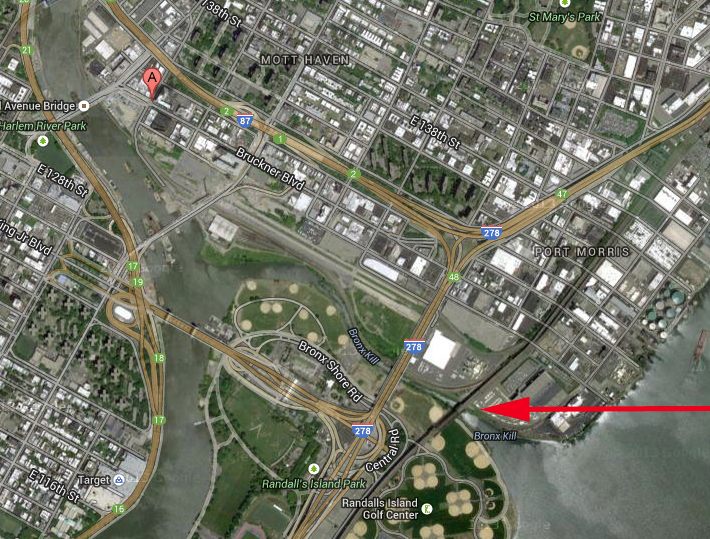 “Kill” is a Dutch word meaning water channel.
That’s where we get Catskill and Fishkill and Peekskill.
This offshoot of the Harlem River is seen in the foreground below, very close to our ClockTower just off center in the pic. 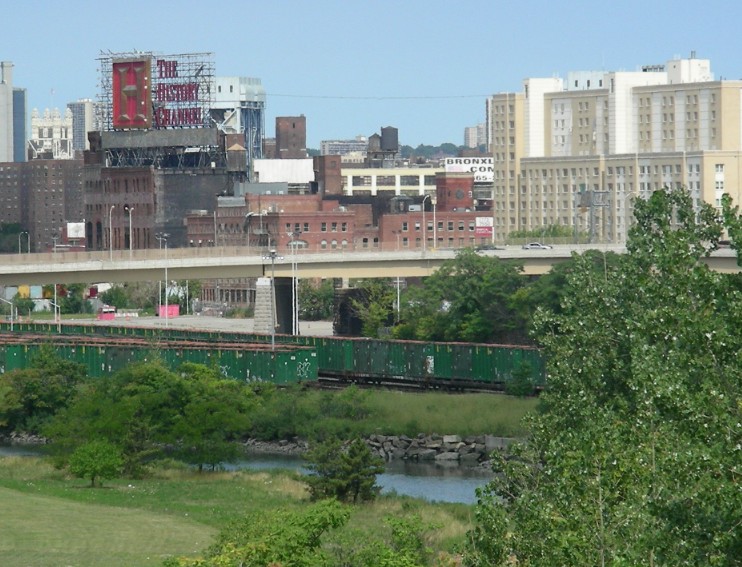 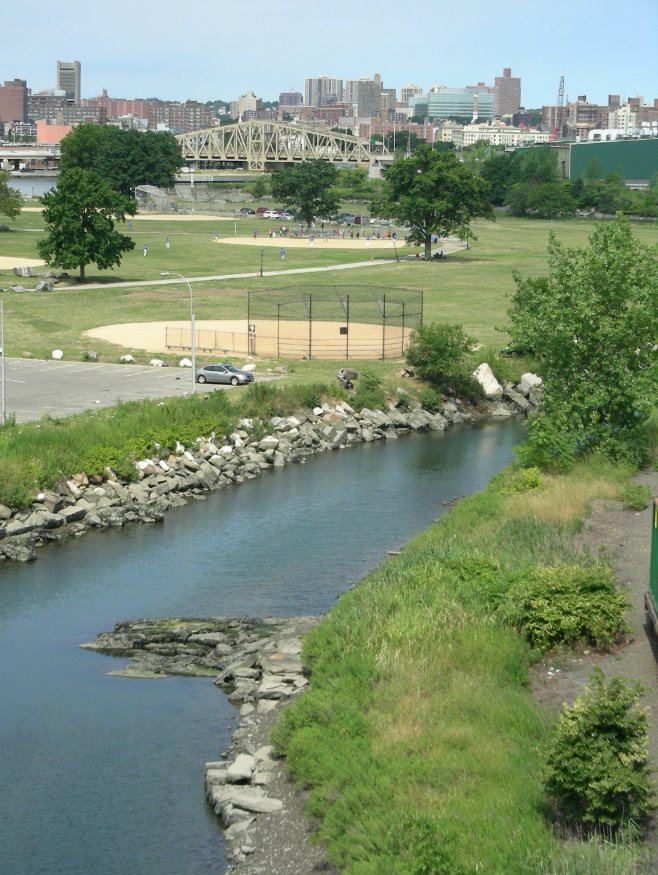 But the closest way ClockTowerTenants can get to Randall’s is to negotiate the Triborough Bridge walkway which is a bit harrowing. 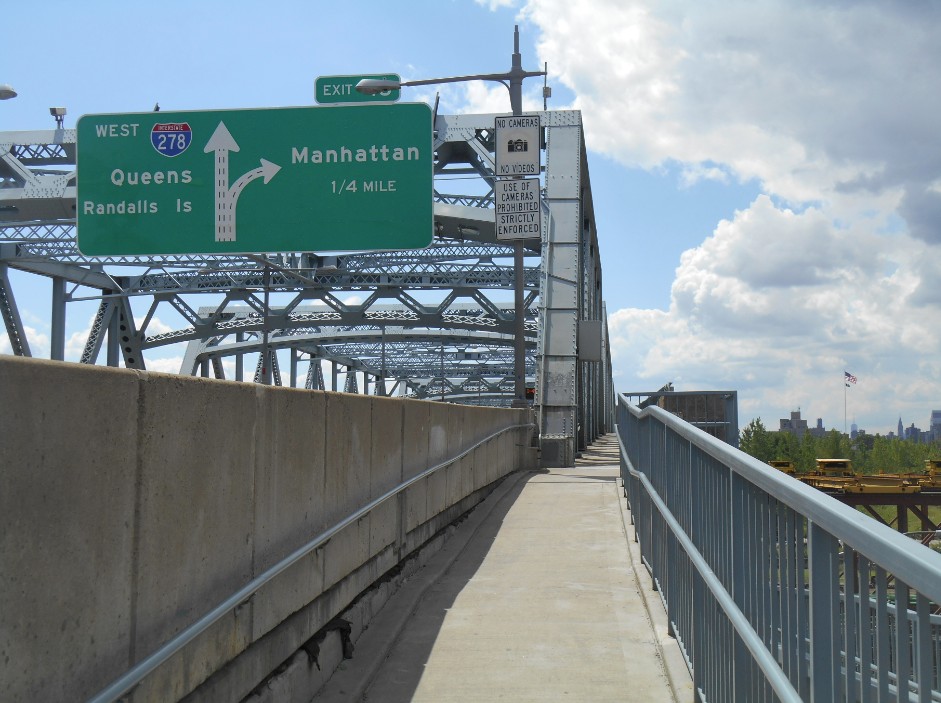 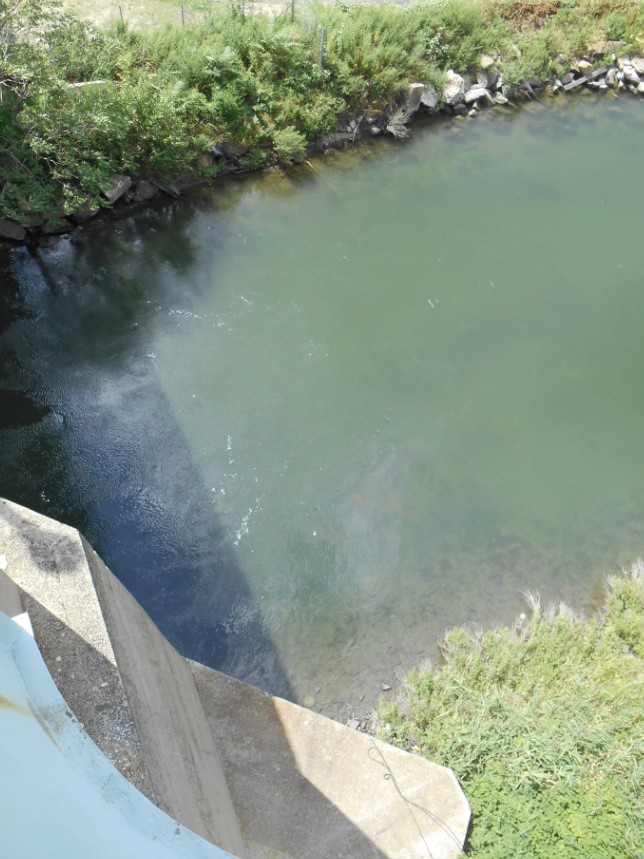 So the idea is to link our borough to Randall’s at 132nd Street, running under the Amtrak trestle and over the Bronx Kill. 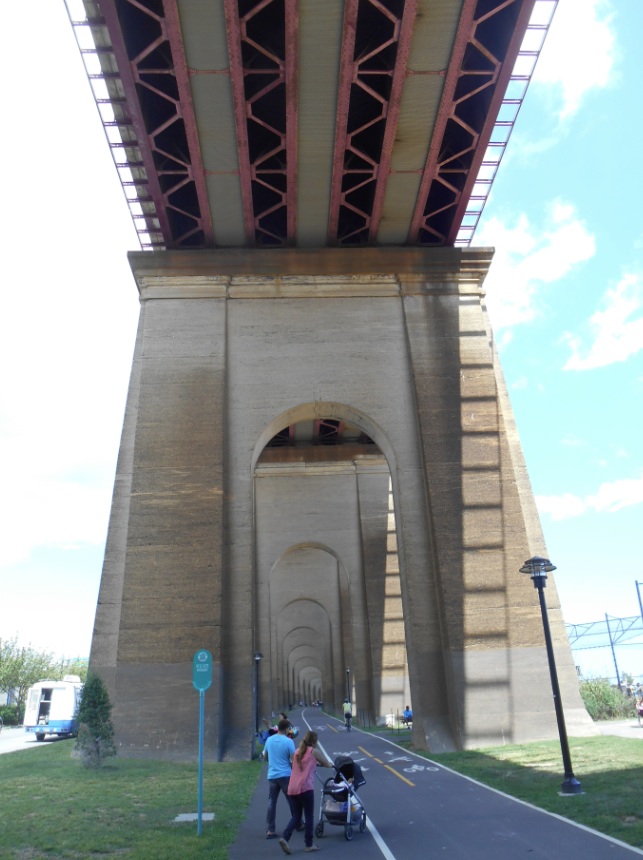 You can see the red bridge framework under the trestle in this Google satellite image. 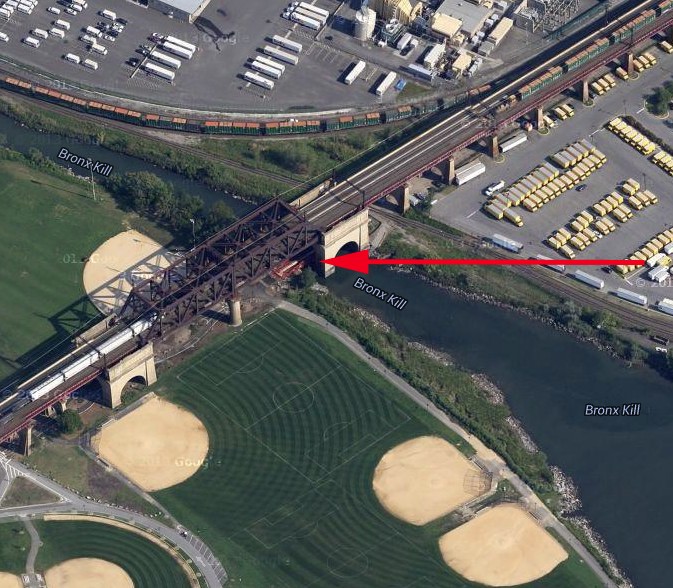 But the politics have been complicated.
This land is owned the NY State Department of Transportation. 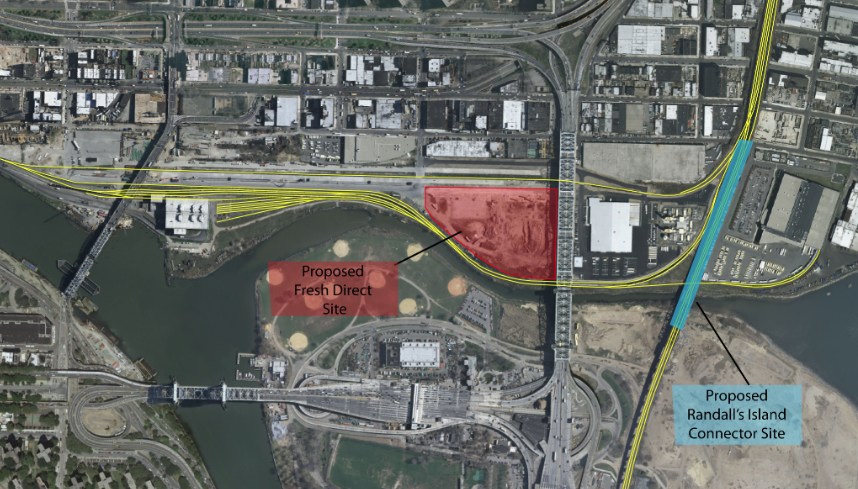 NYCEDC
They lease it to developer Harlem River Yard Ventures, a subsidiary of the Albany-based developer Galesi Group, and they in turn sublease it to the New York Post, FedEx, FreshDirect and the Waste Management trains we hear at night. 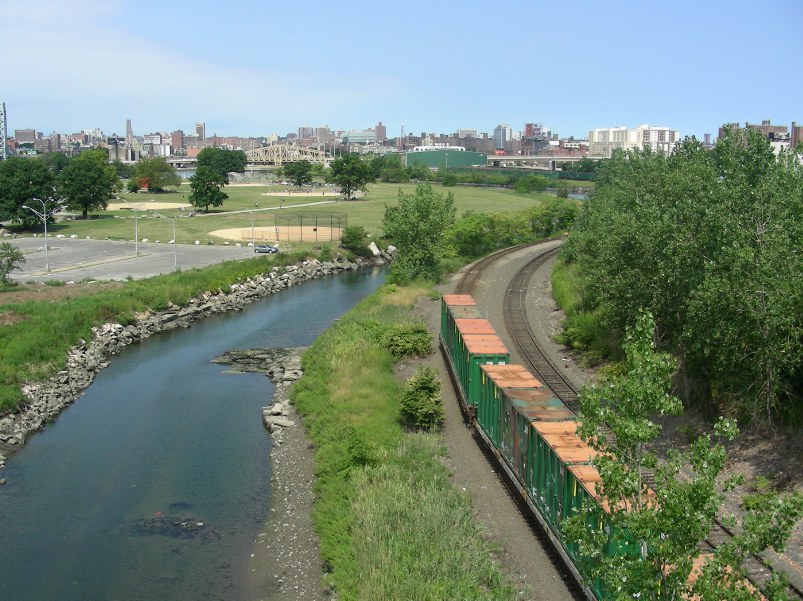 So it wasn’t until after New York City’s Economic Development Corp negotiated easements that this pathway to Randall’s Island could be completed. 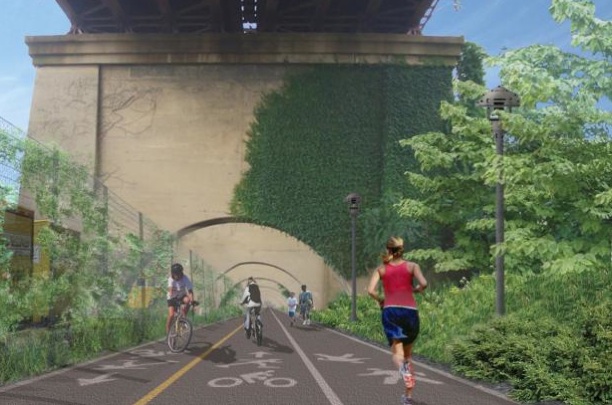 At the moment the “Randall’s Island Connector” looks like this. 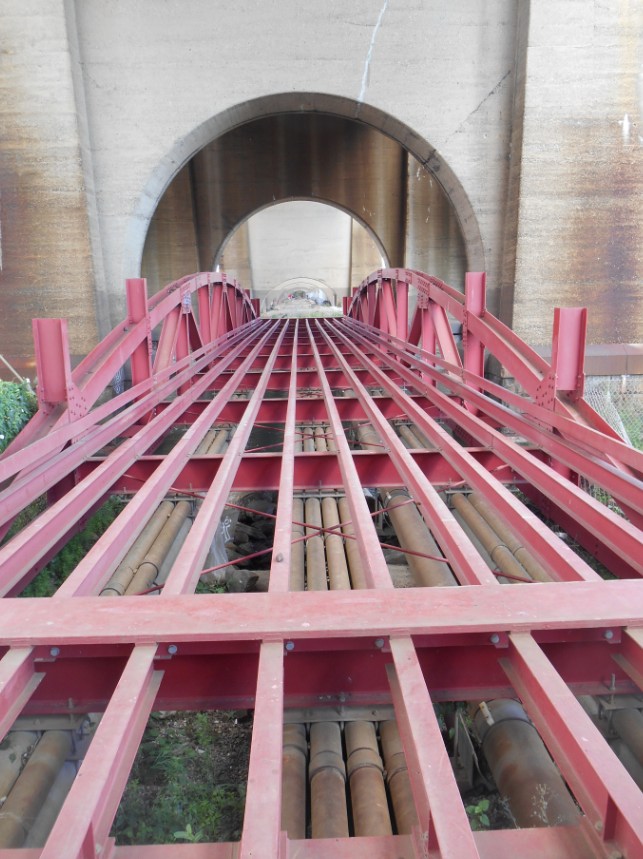 They keep promising, someday, they will complete it. 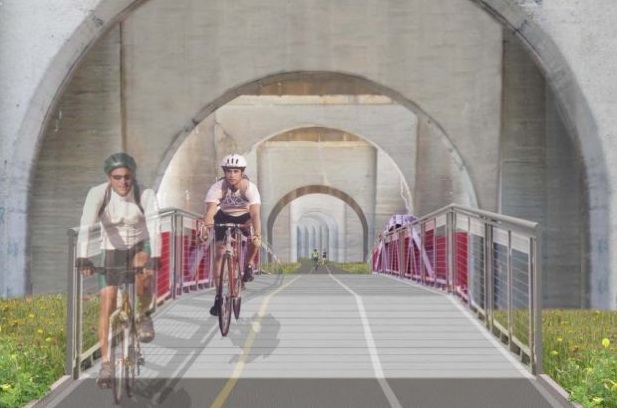 Par for the course. 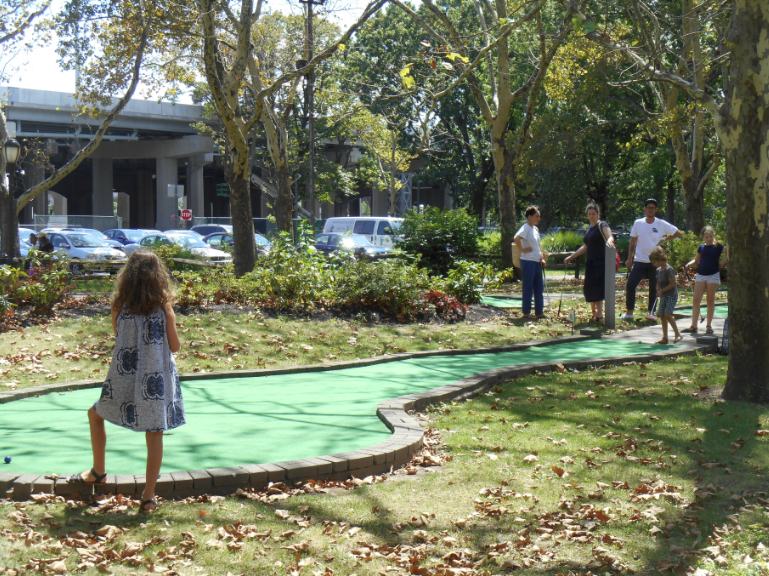