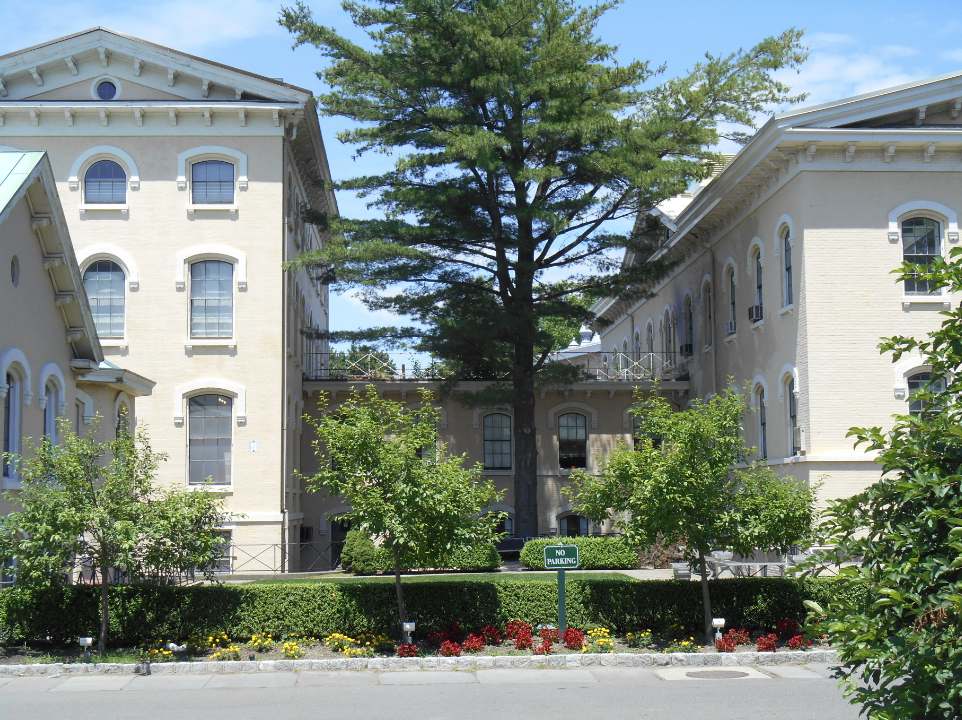 Snug Harbor is an 83 acre New York City Landmark, the crown jewel of Staten Island and only a bit more than one hour from our ClockTower, door to door. 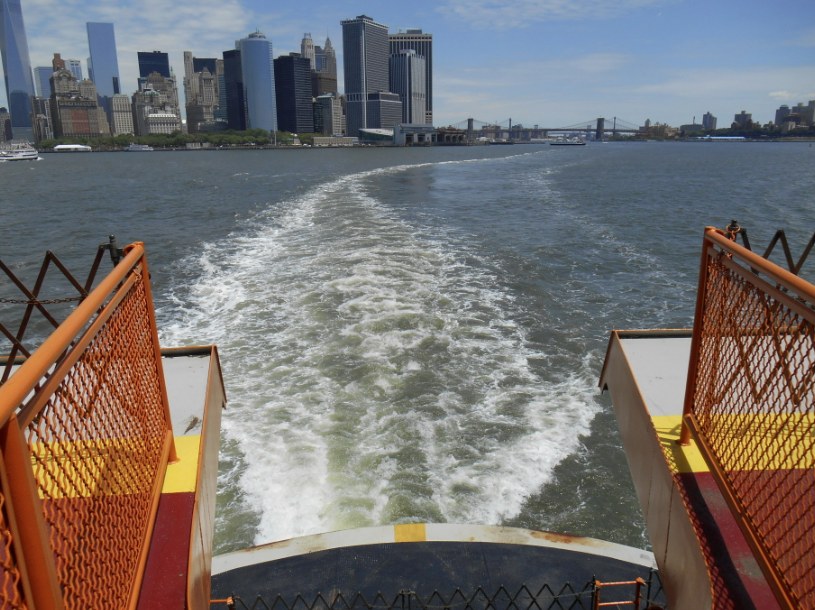 Take the 4 or 5 express to Bowling Green, catch the ferry and a short bicycle ride up Richmond Terrace and you are here. 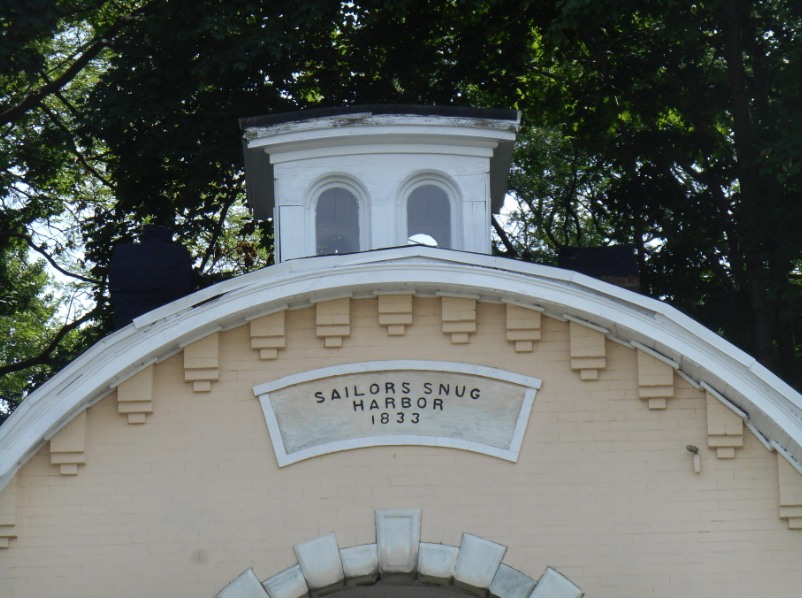 It opened in 1833 as a retirement home for aged sailors, then added Victorian Cottages from 1867-1884 under Captain Thomas Melville, as its governor. 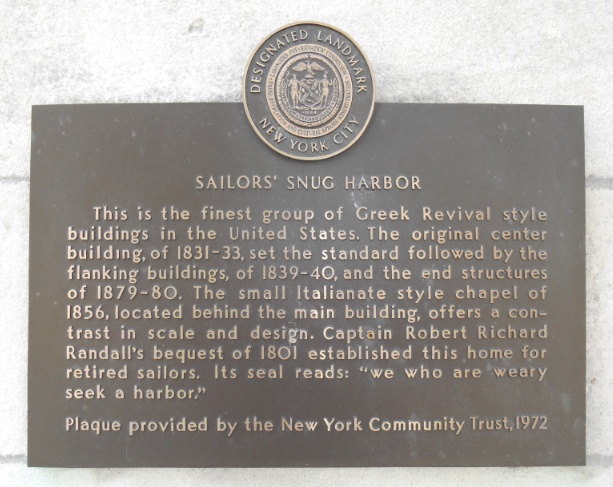 Melville, a contemporary of our 1886 ClockTower, was the brother of that Herman guy who wrote about the whale. 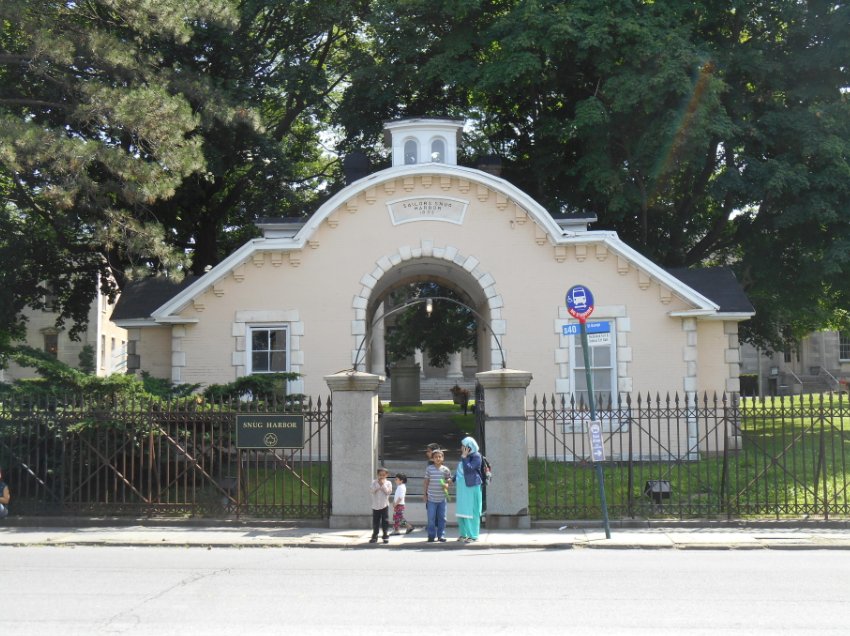 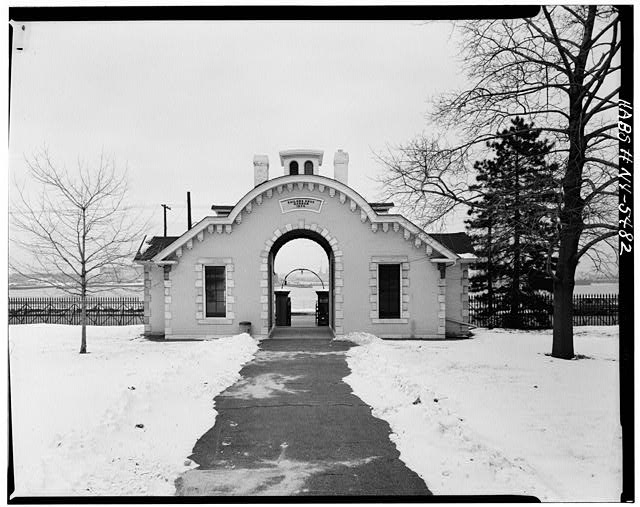 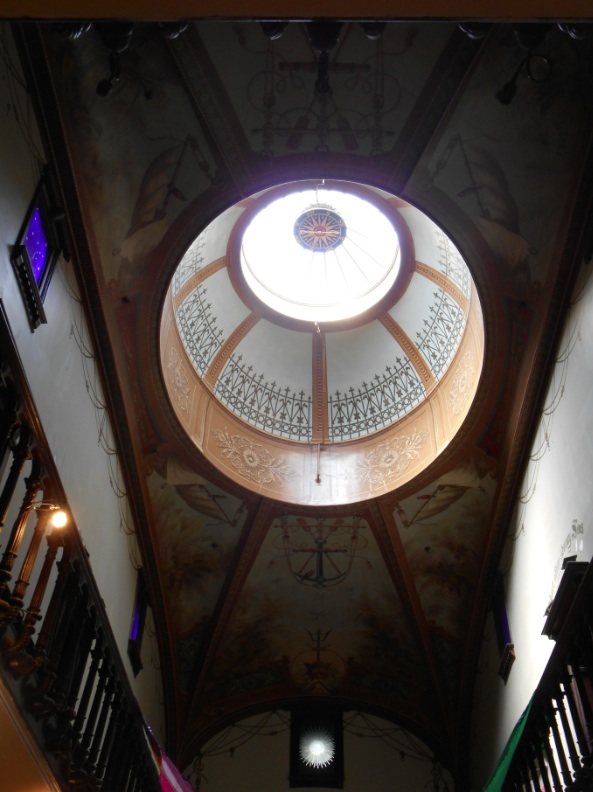 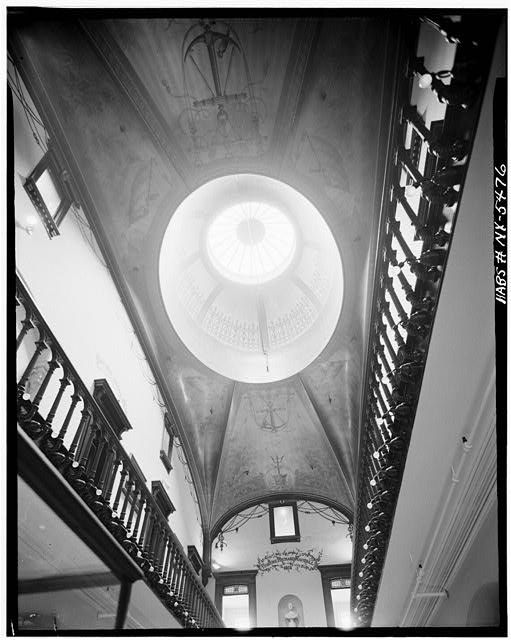 Incredibly, some 23 buildings were demolished in the 1950’s until the local community was outraged and the NYC Landmarks Commission stepped in to save the rest. 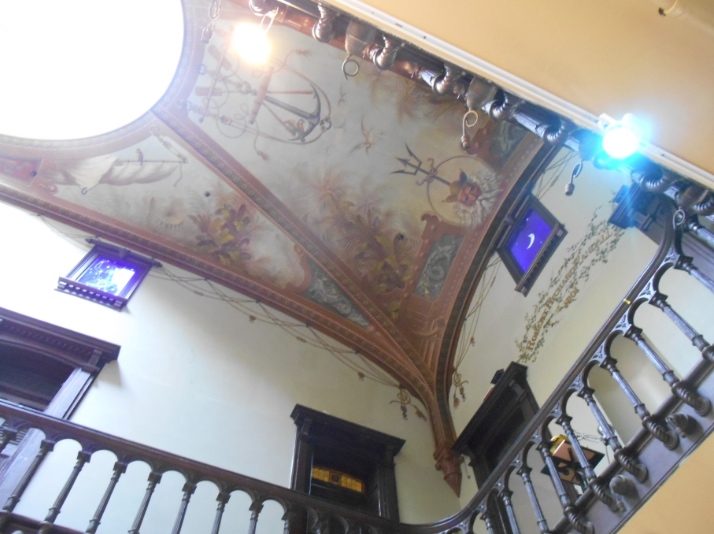 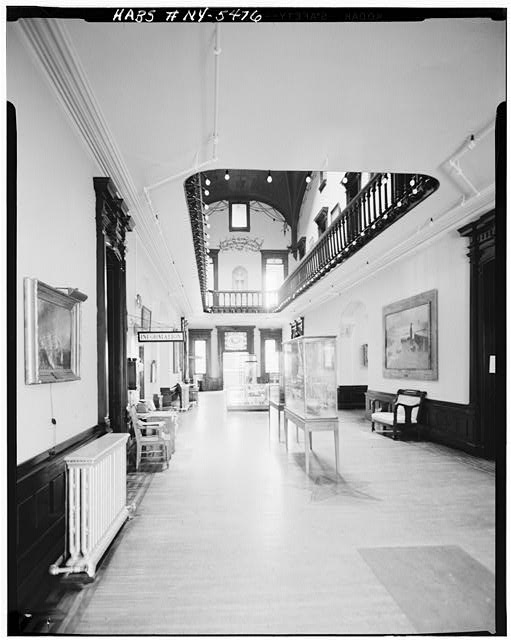 Within those that remain--twenty-eight 19th century buildings-- you are still borne to a magical time and place. 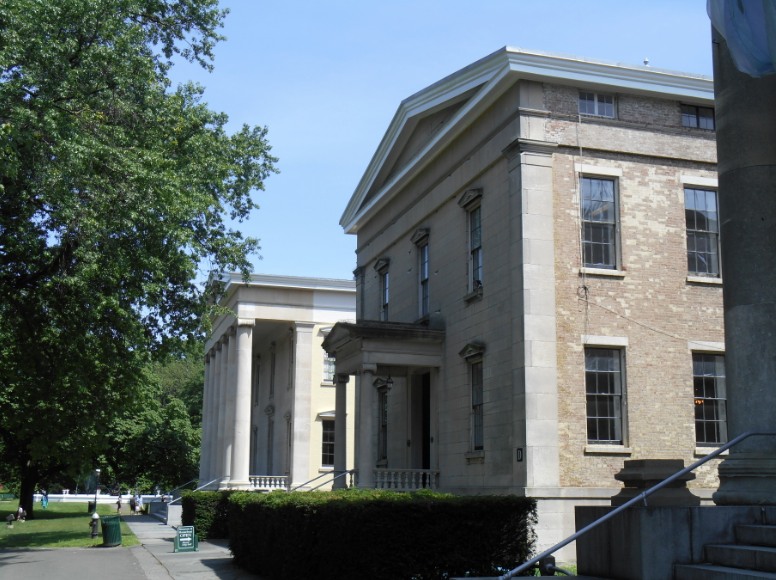 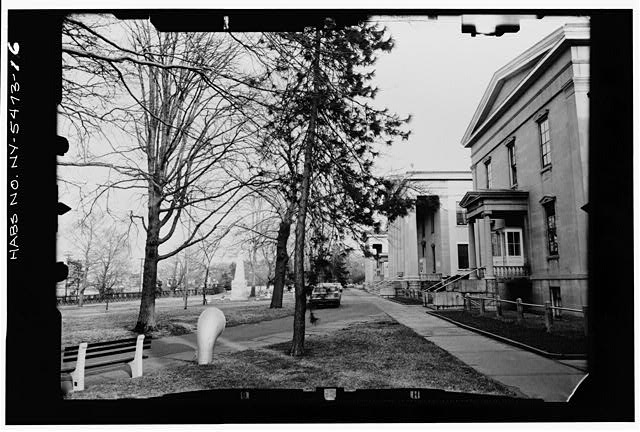 Temple Row is intact as the finest single stand of Greek Revival in the country. 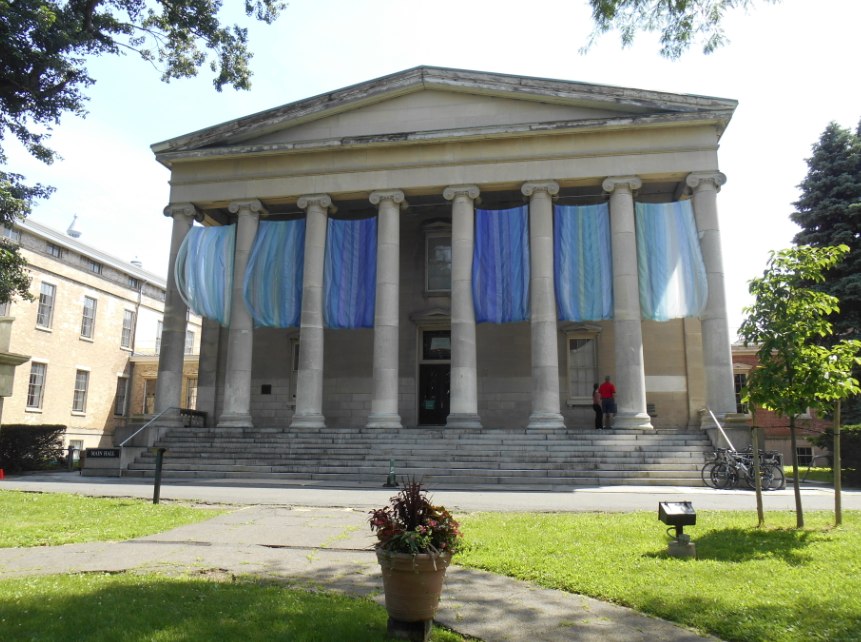 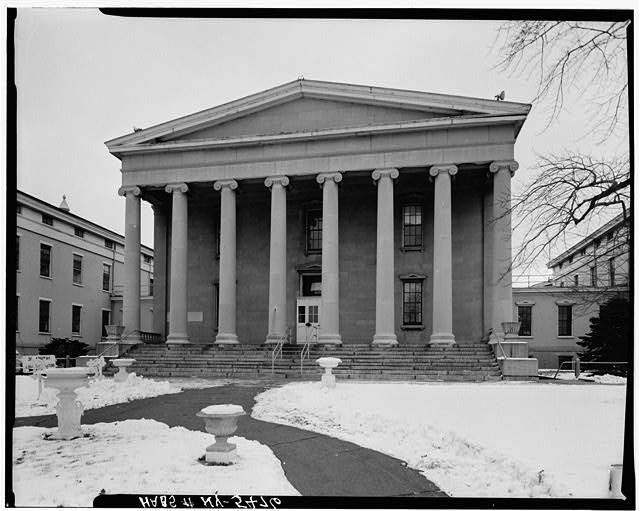 The main concert hall is the second oldest in New York City, only to Carnegie Hall. 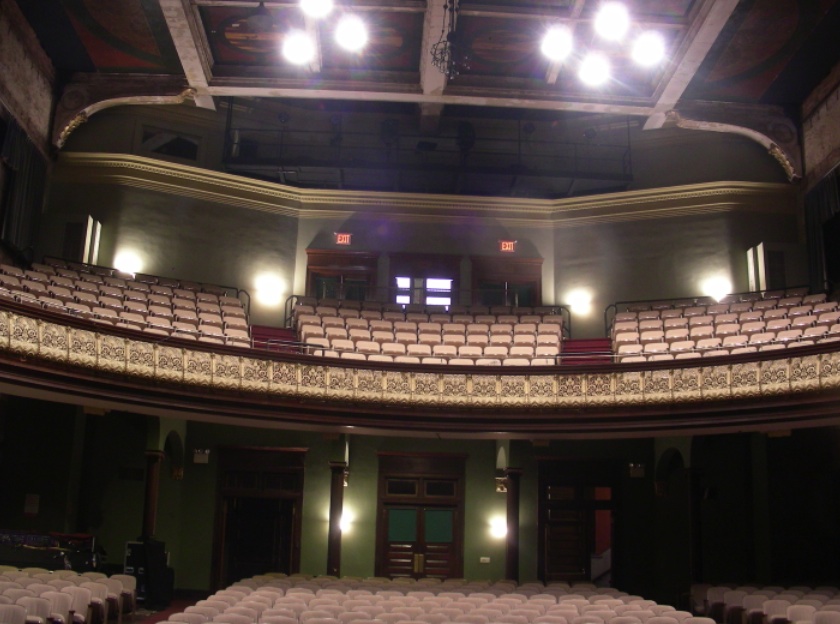 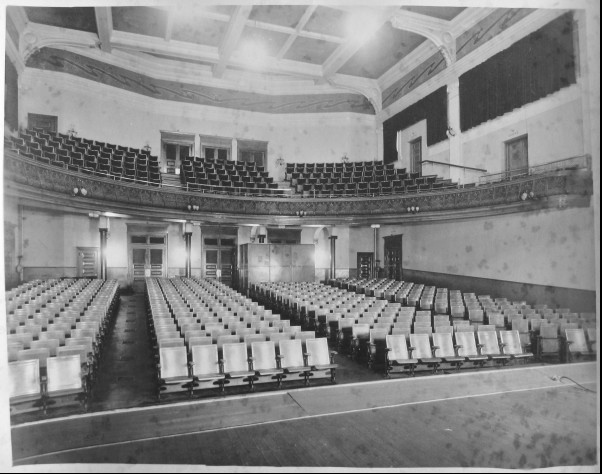 The mansard roof cottages from the 1880‘s are home to SHARP, the Snug Harbor Artist Residency Program. 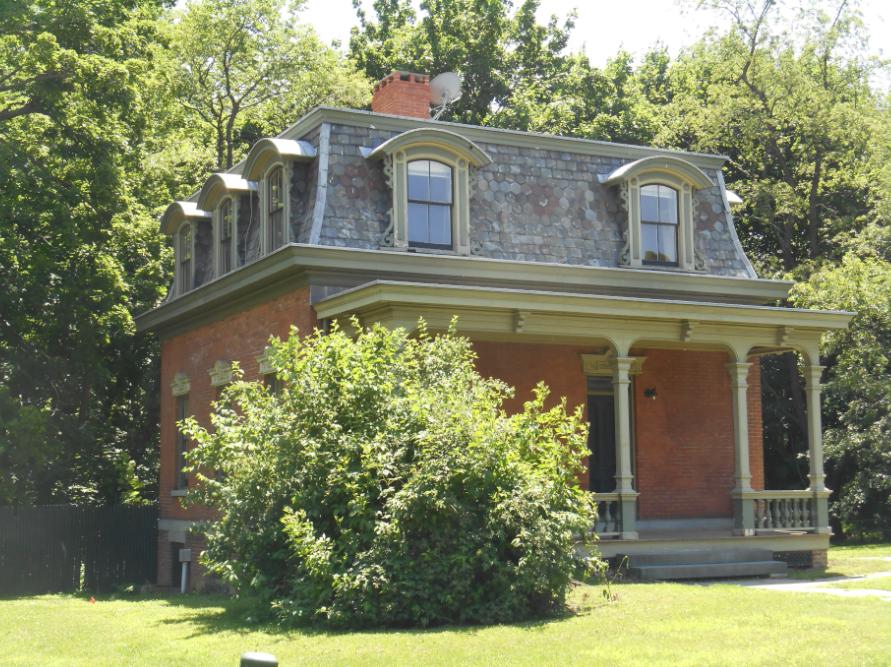 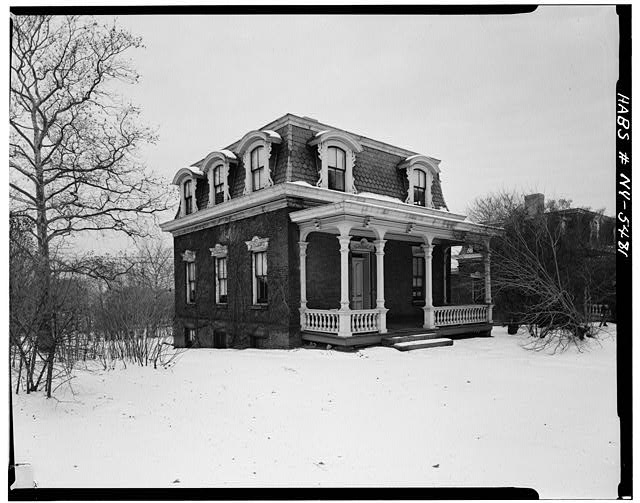 Each Summer eight lucky young artists are selected for a secluded 8 week residency with private quarters and studio space in which to work. 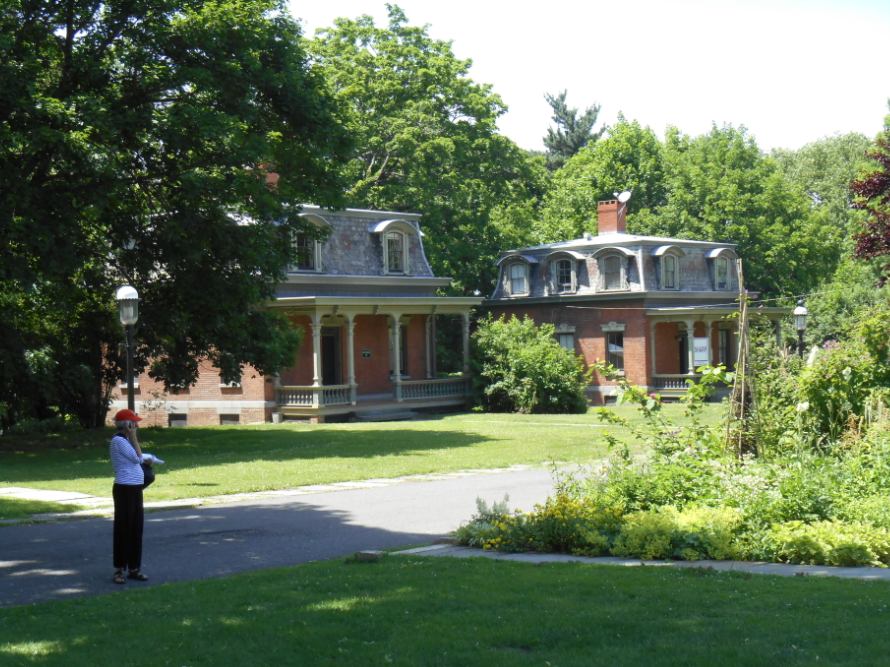 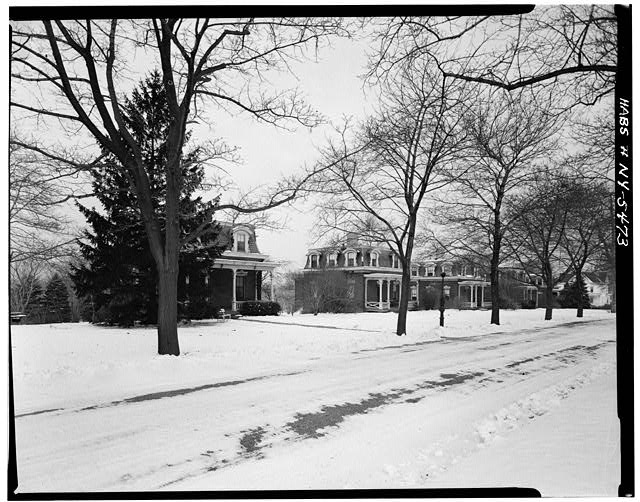 The cast iron fence, also from the 1800’s, is so valuable it was landmarked all by itself. 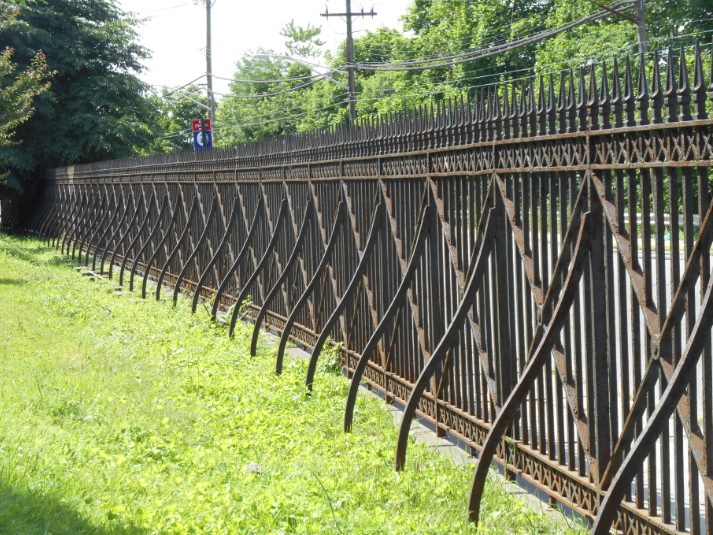 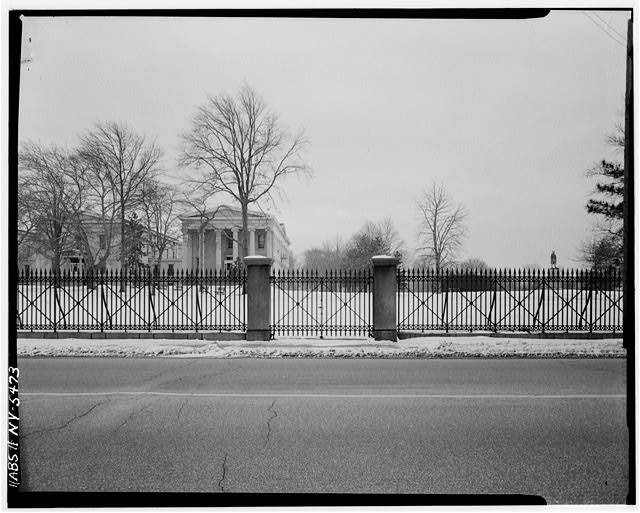 And the old chapel is now a performing arts venue. 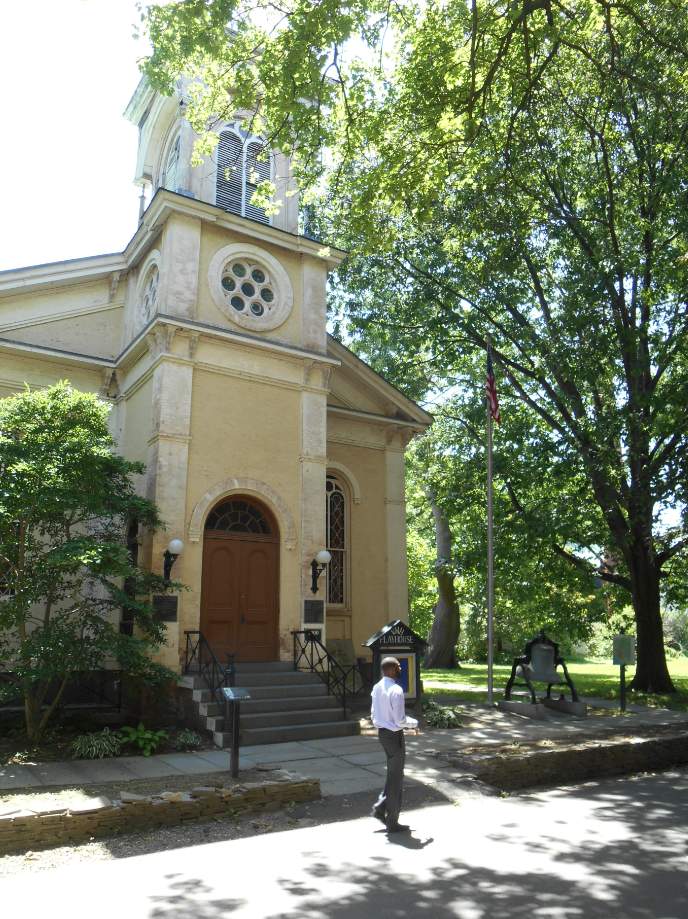 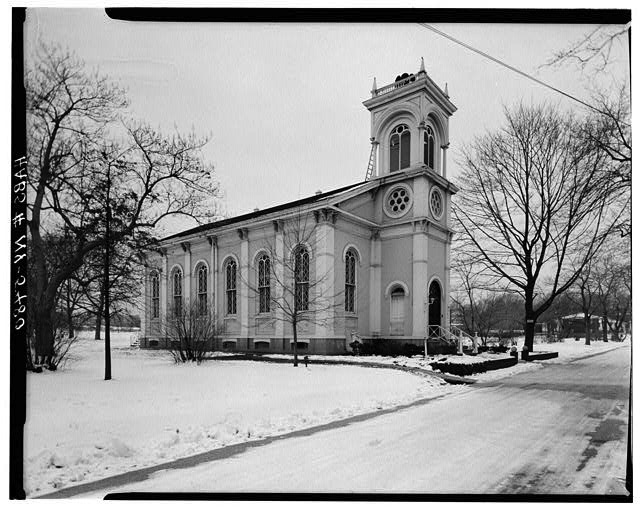 Mayor Bloomberg gave $20 million to the New York City arts, a part of which was used for extensive Snug Harbor renovation. 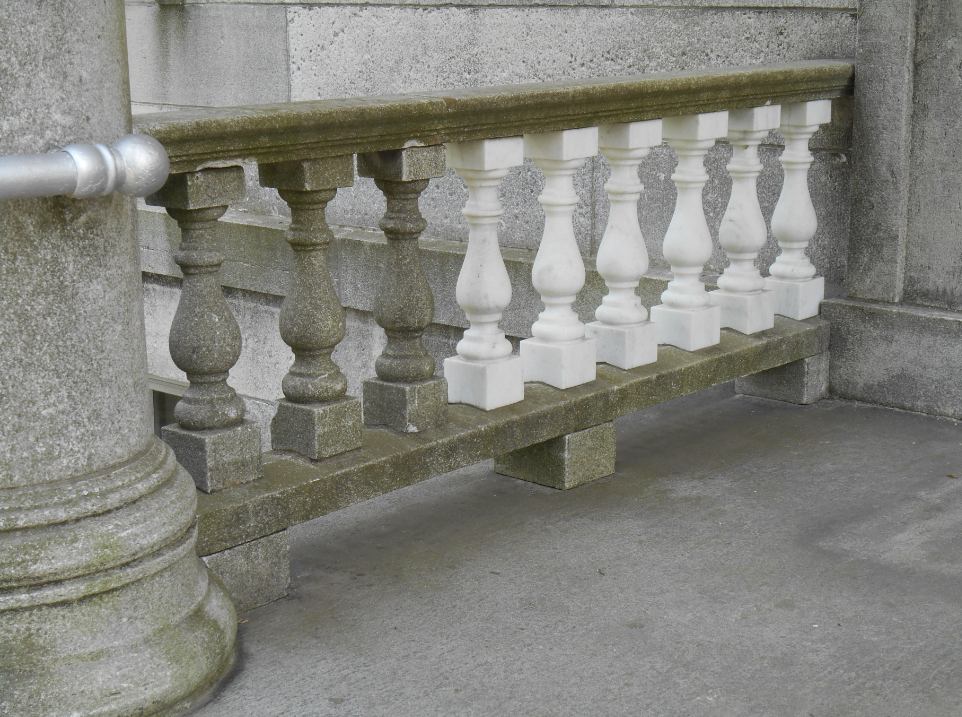 Even Lady Gaga shot a video here,
from her Born This Way album. 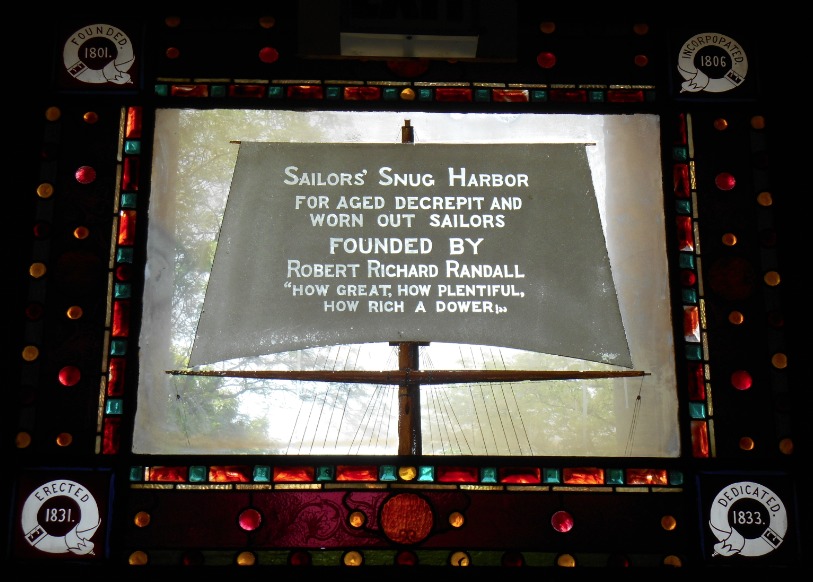 Worth a visit from anywhere. Happy Fourth!
And bring a picnic! 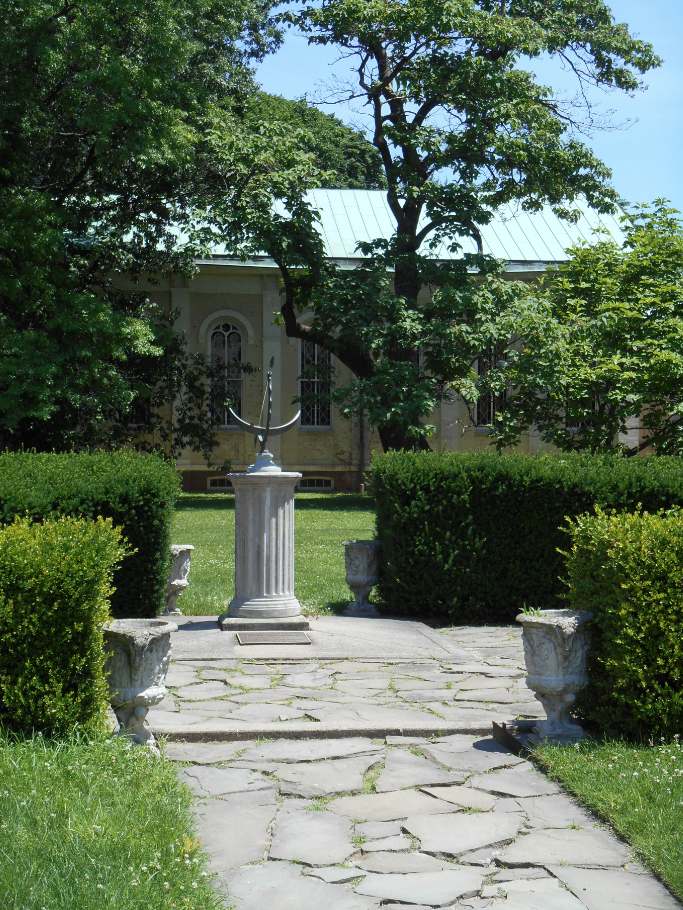