from ham to eternity 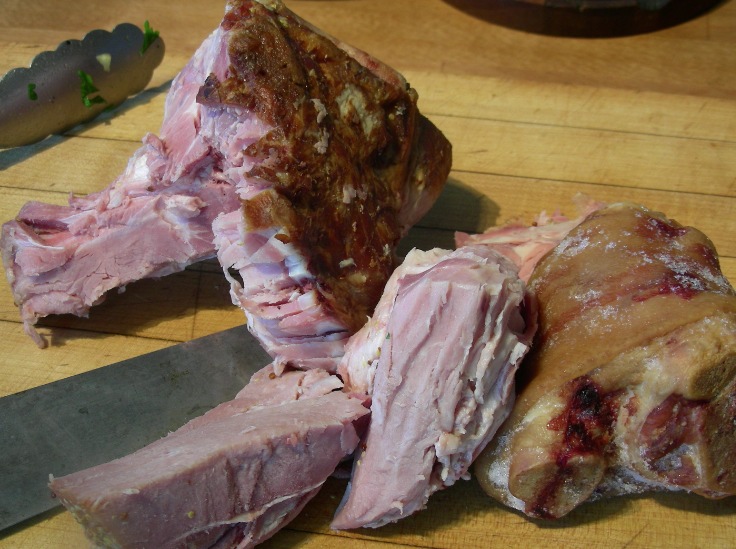 Well it wasn’t quite eternity,
but our Easter ham took awhile to whittle down to the bone. 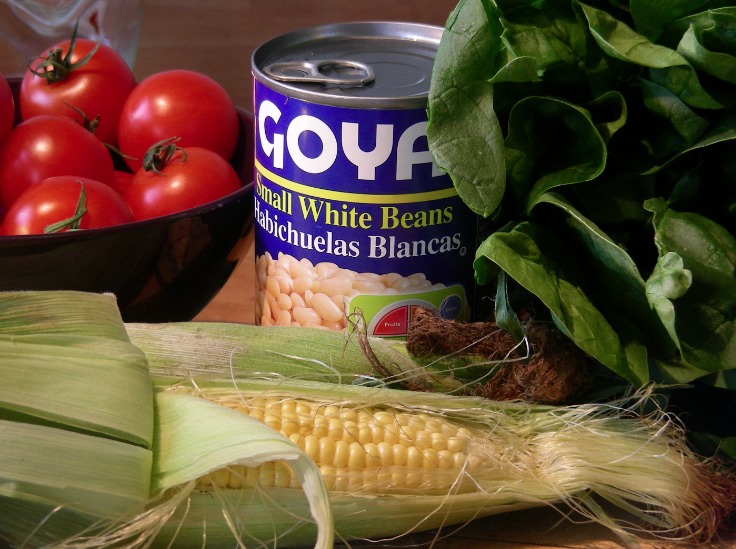 White beans are a neighborhood staple and more healthy than I realized. 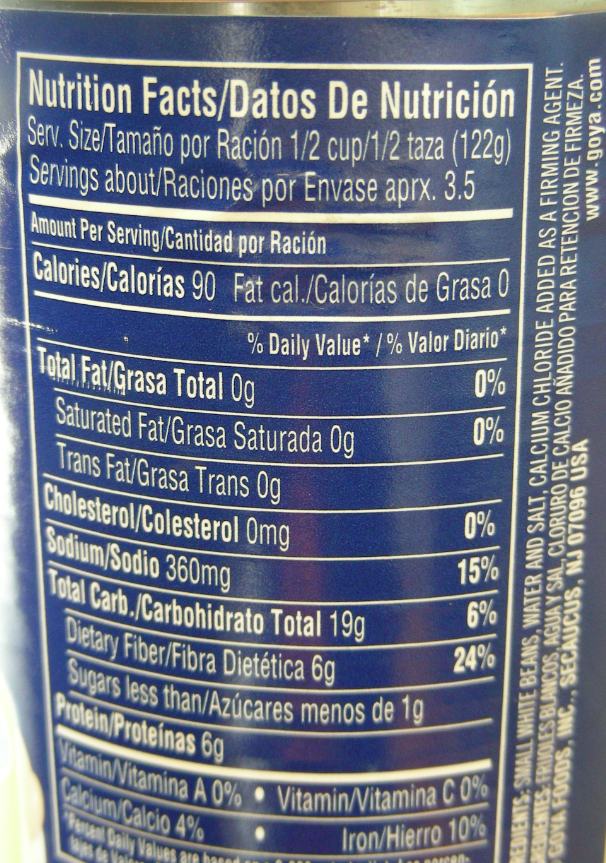 I just made this up as I went along.
We had fennel and big onions, lotsa carrots and celery and tomatoes. 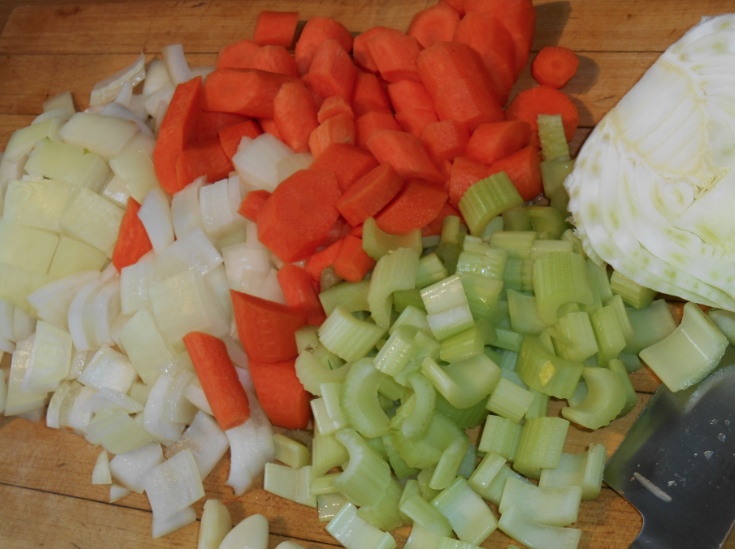 Crisp some bacon in a thick bottomed pot,
and chop up a nice, fresh mirepoix with fennel. 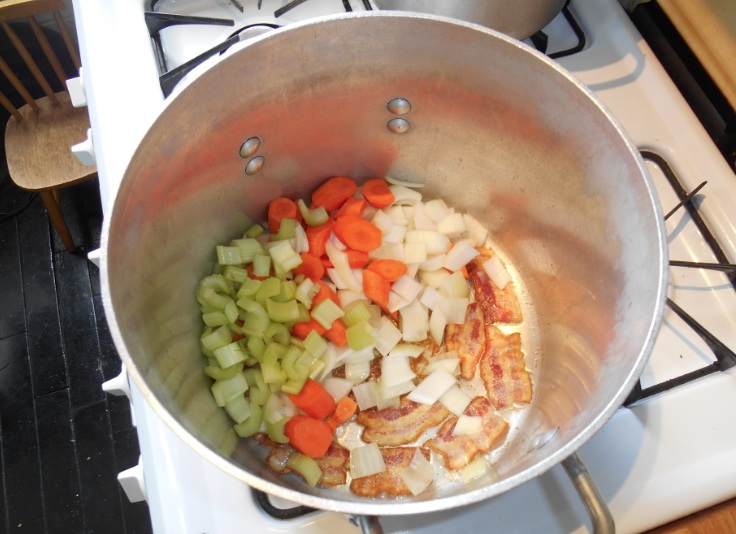 Soften the vegetables in the rendered fat over a low heat. 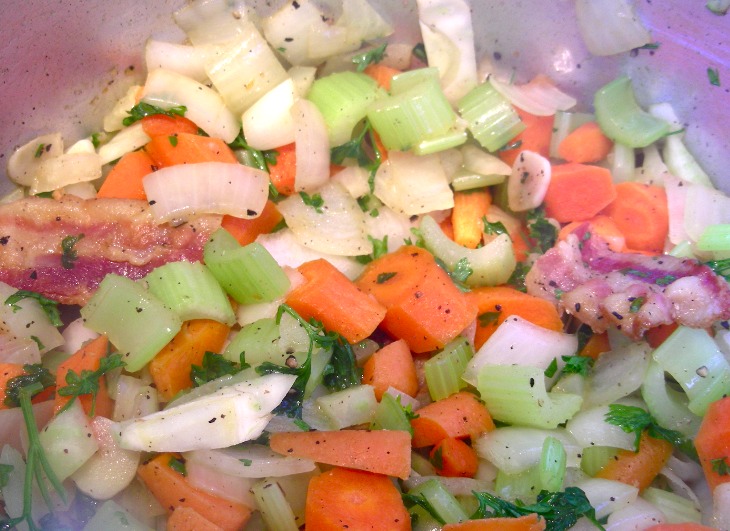 Now start a small stock pot with cold water to cover the carrot peels, onion bits, parsley stems and fennel trimmings. Add a bayleaf and a few peppercorns and simmer covered for an hour.

We’ll strain this and add some of this stock later. 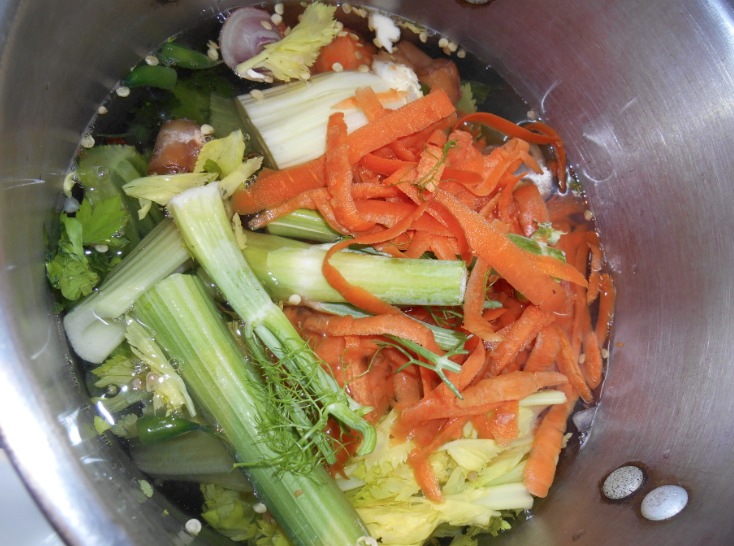 After the veggies softened I added two liters of rich chicken stock made earlier for the freezer, but the store-bought stuff works fine. 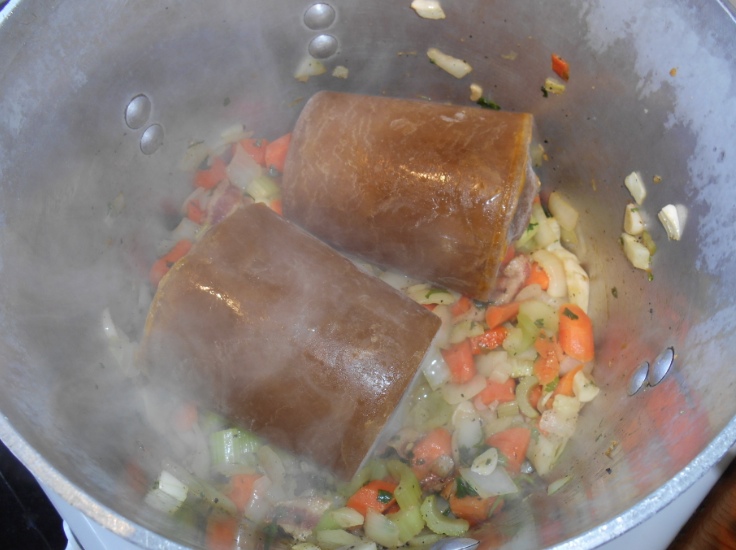 Not everyone has a frozen ham hock on hand either, but I did, so I threw that in there, too. 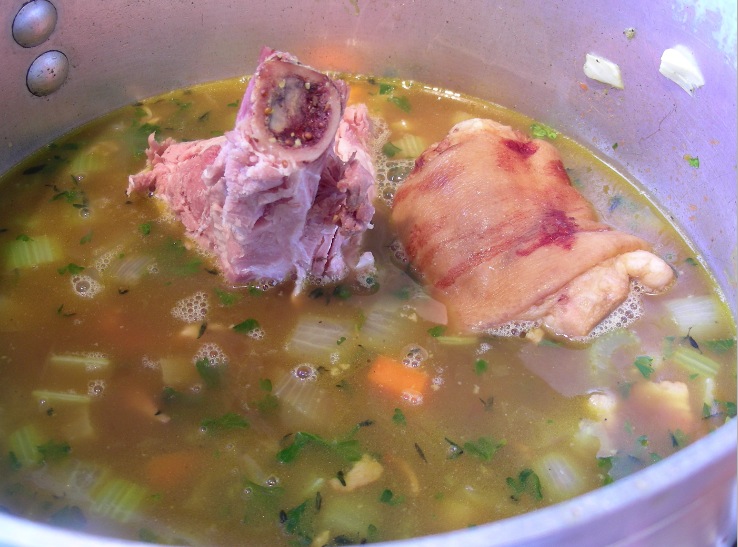 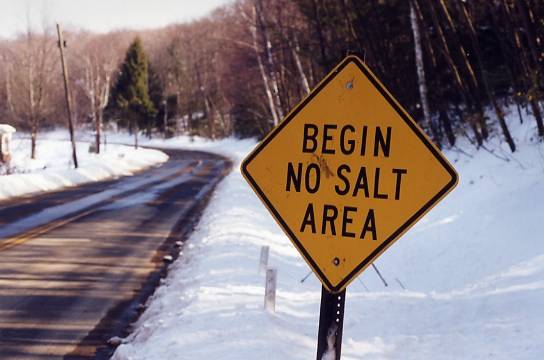 The ham bone, smoked hock and bacon will salt it just fine.

Cover it and bubble gently for two hours. 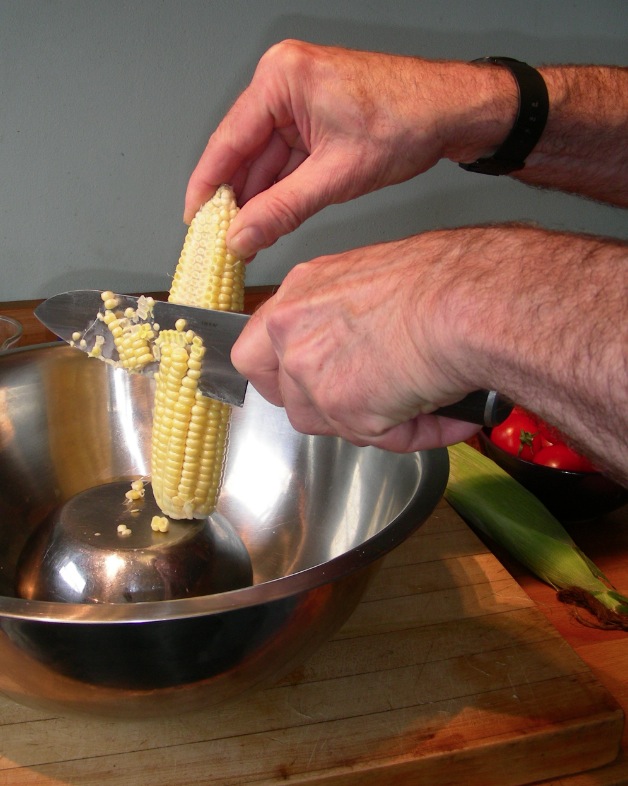 While it was simmering I cut some fresh corn. 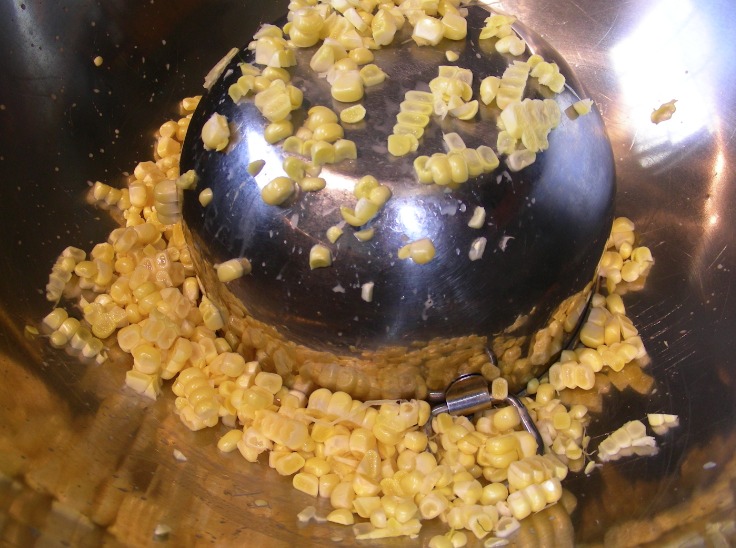 Rinsed and stemmed some spinach. 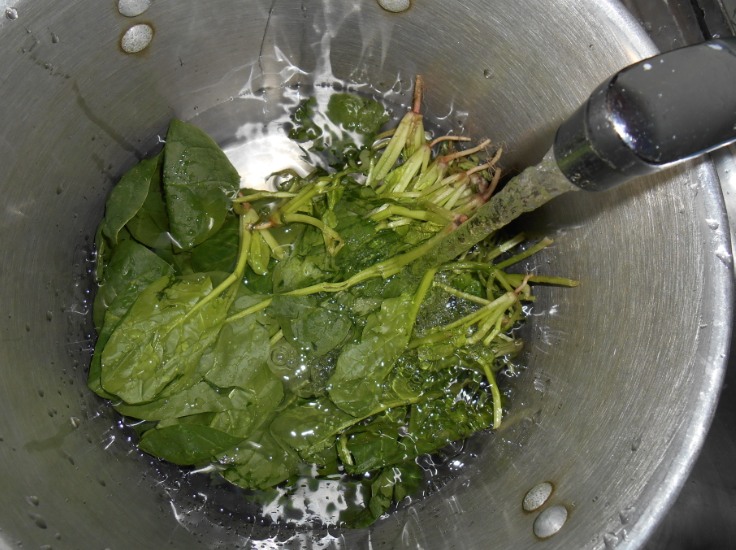 Cut up some tomatoes. 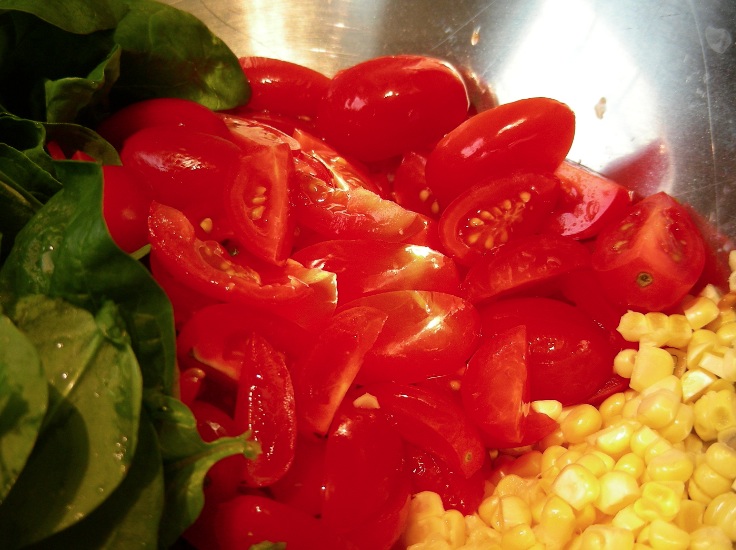 And washed a can of white GOYA beans. 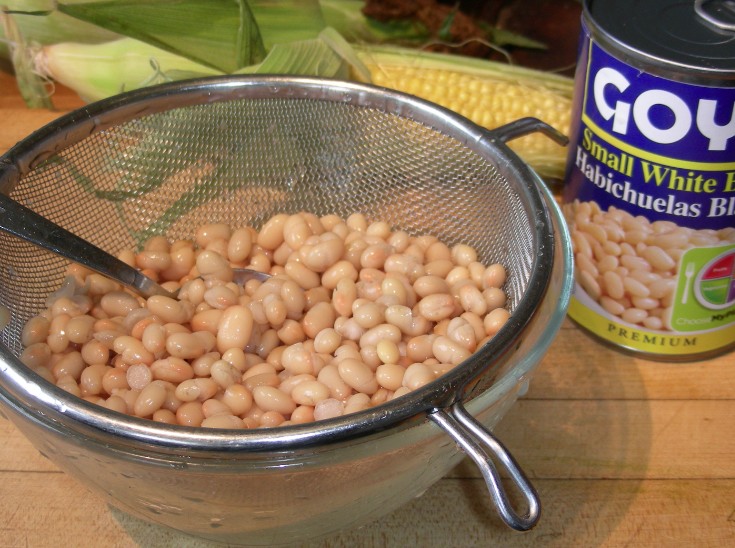 Then I strained off the soup and let the broth stand for awhile.
This step is a pain in the you-know-what.

But it gives you time to pick all the softened ham off the bone while the fat in the broth rises to the top. 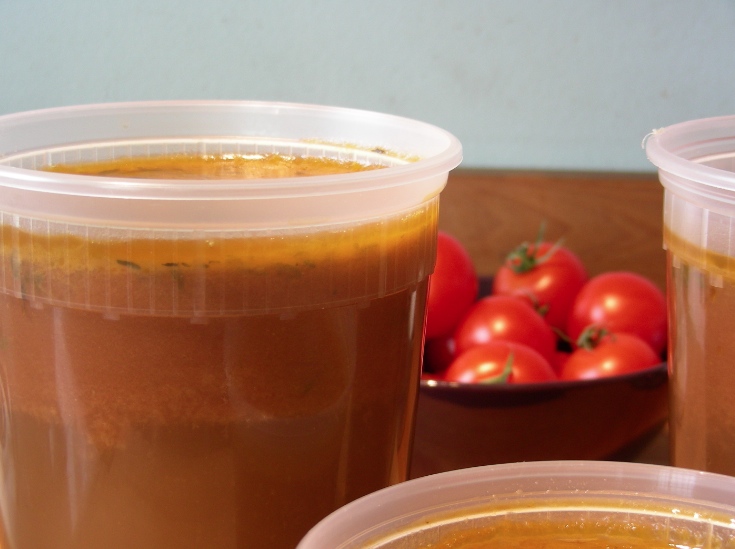 I skimmed the fat off and then put the soup back together, this time adding some of the veggie stock we made earlier. 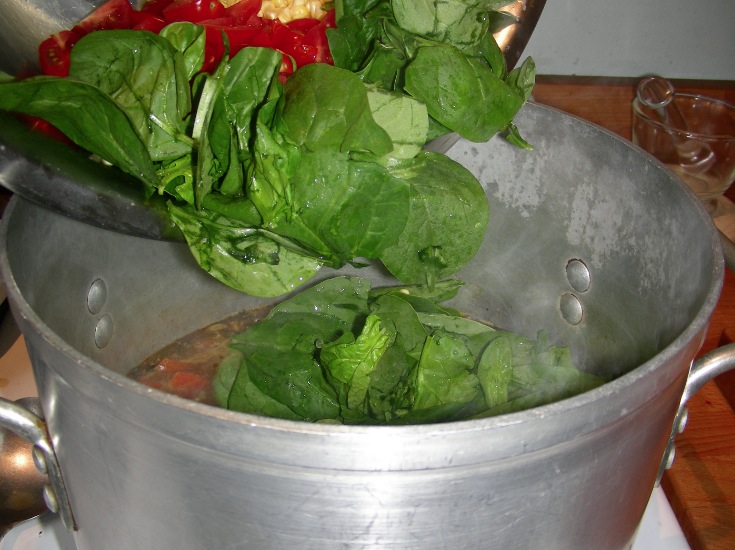 Bring that back up to a simmer, return the ham, dump in the next round of fresh ingredients, wilt the spinach and it’s soup! 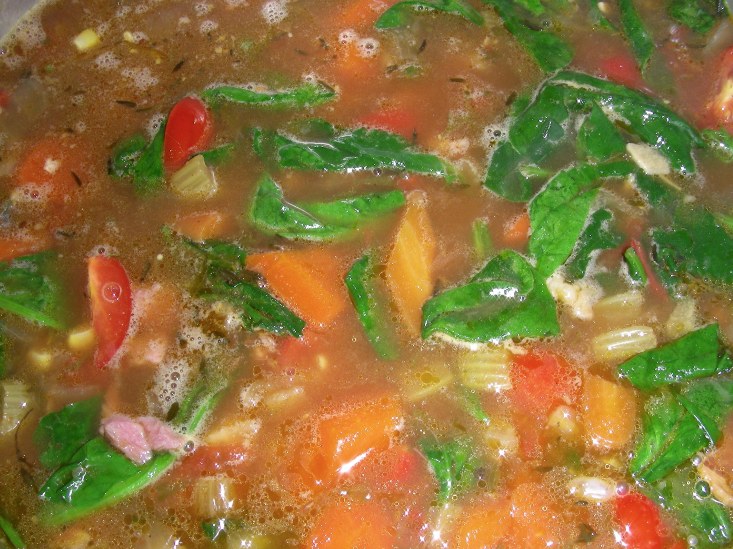 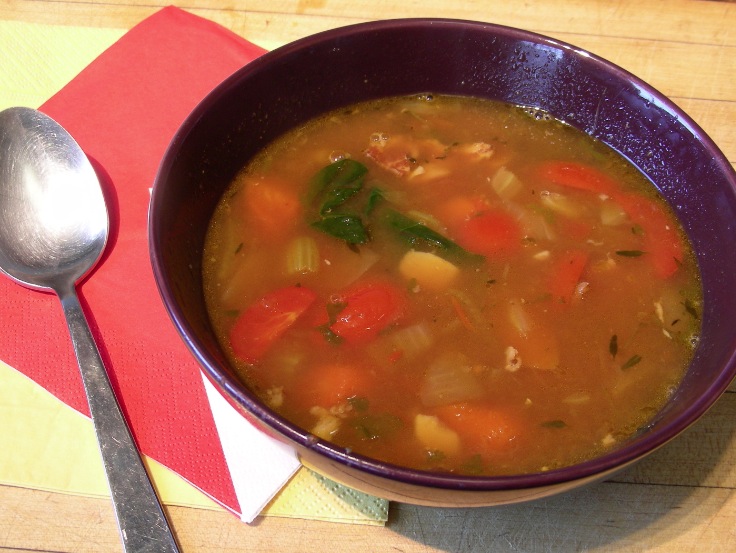 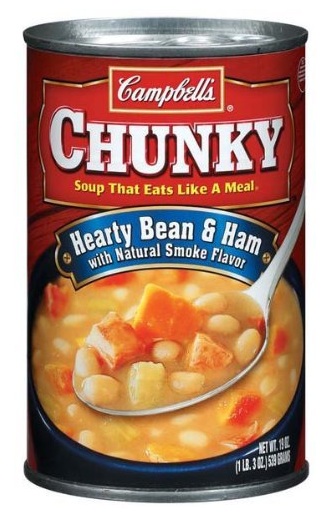