How many times have you come home late, tired and nearly famished? 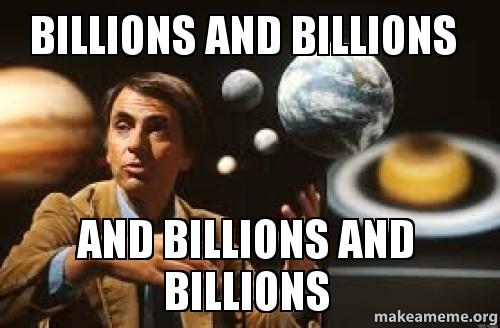 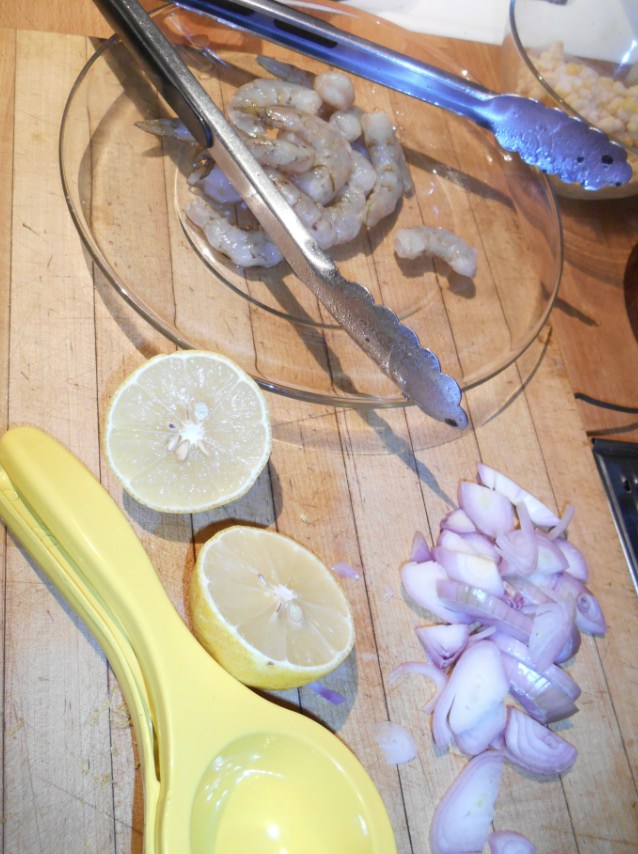 Do you keep a decent larder through the week? Shallots...lemons...arugula?

Stuff like that?
I had some cooked rigatoni in the fridge, too. So. 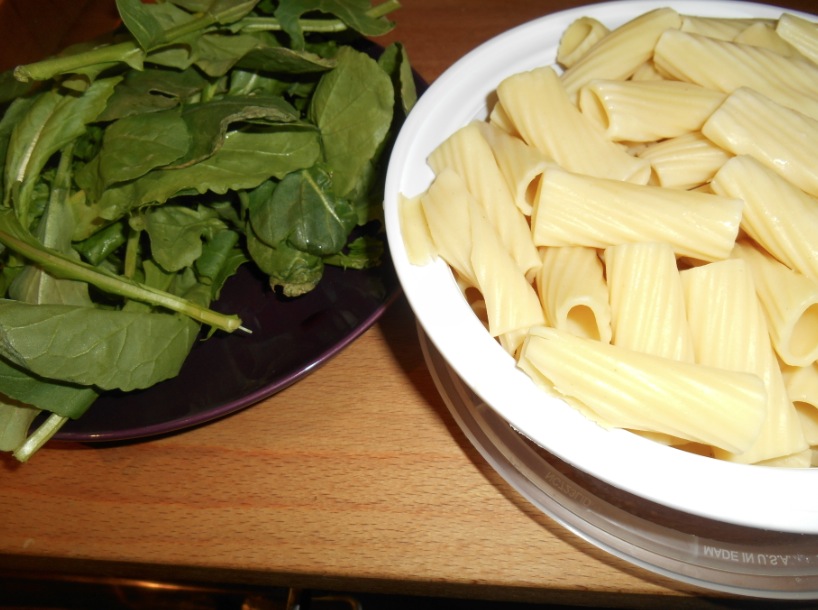 I picked up some shrimp on the way home and then used all the stuff I had on hand.

Bacon should always be nearby so start with bacon. 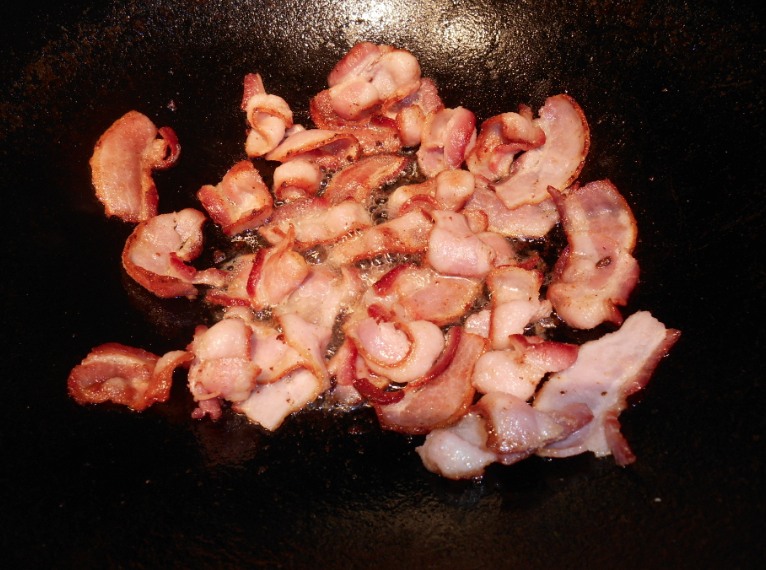 Lift it out to drain and sauté some shallots in the rendered bacon fat. 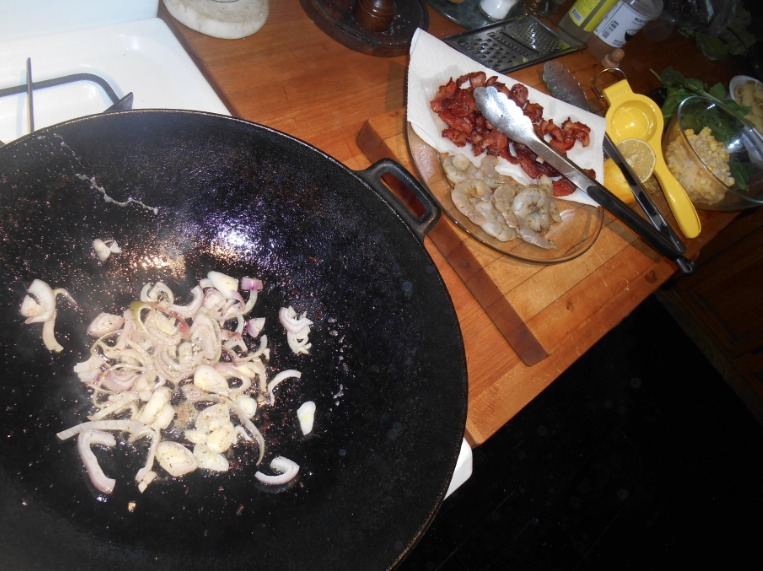 Now throw in the pasta and some black pepper.
The bacon is salty enough. 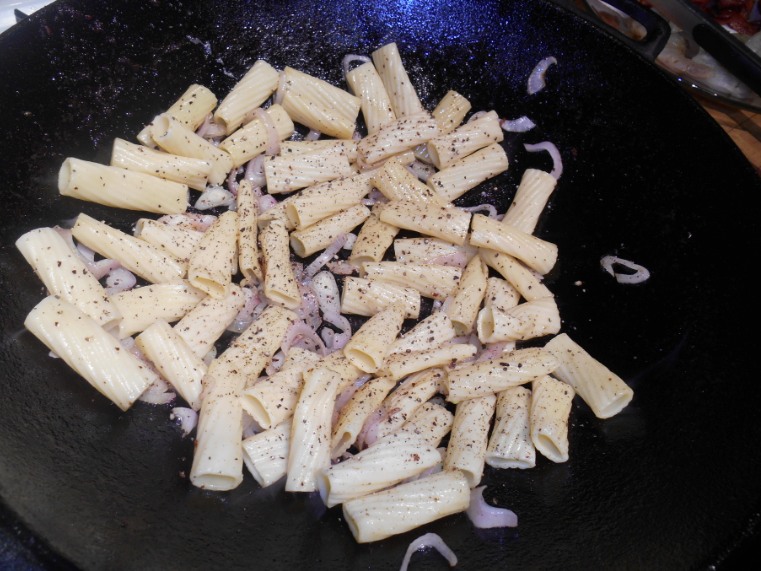 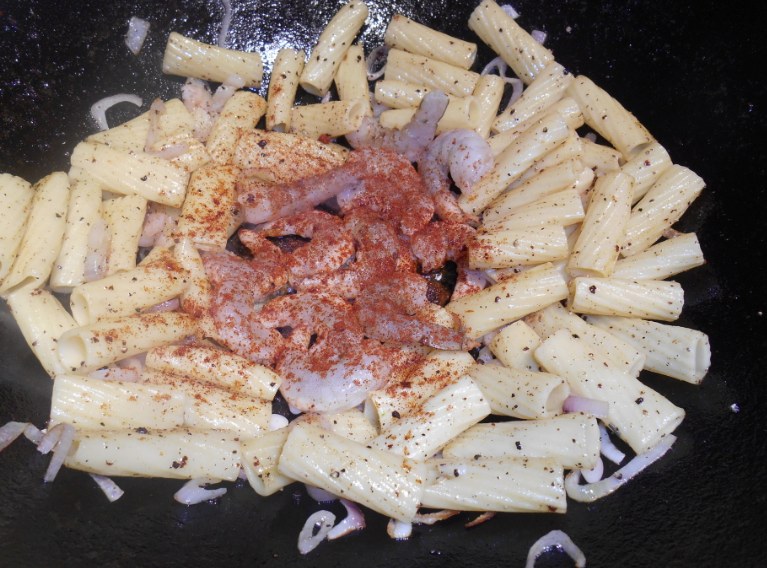 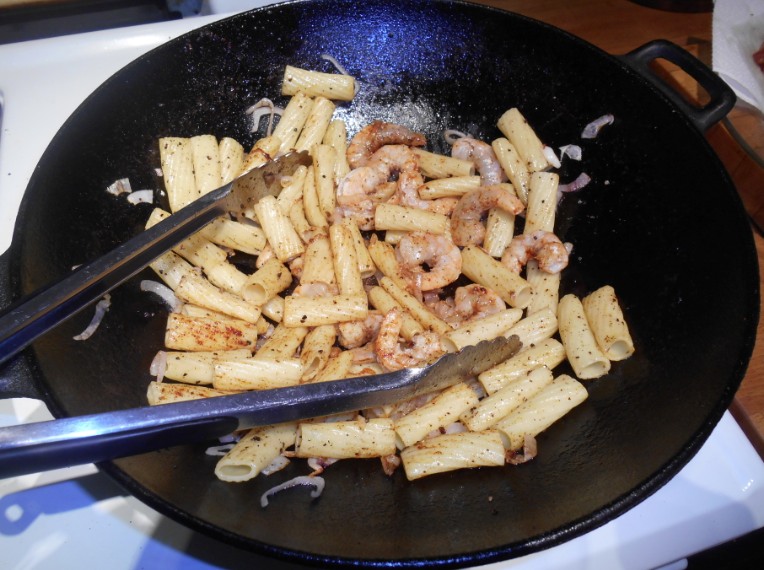 I had corn on hand, cut from the cob last summer. 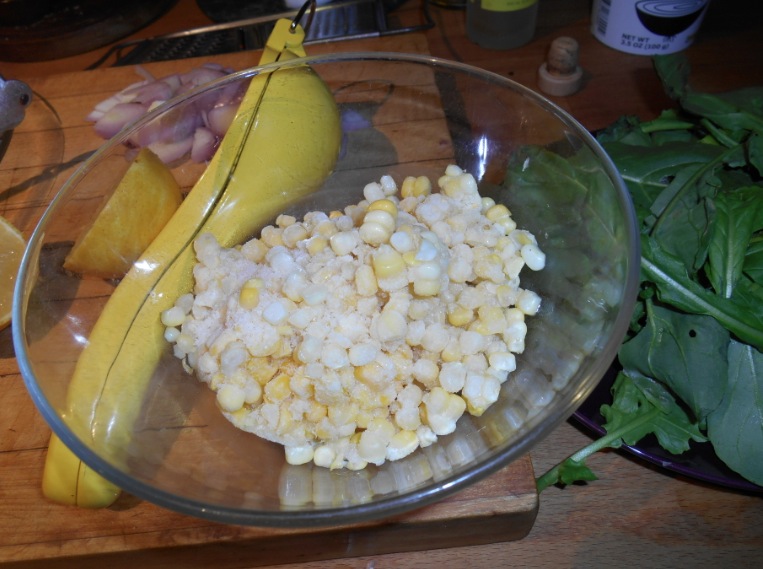 So I threw the last of that in, too.

What the hell.
We’ll have fresh corn in a dozen weeks. 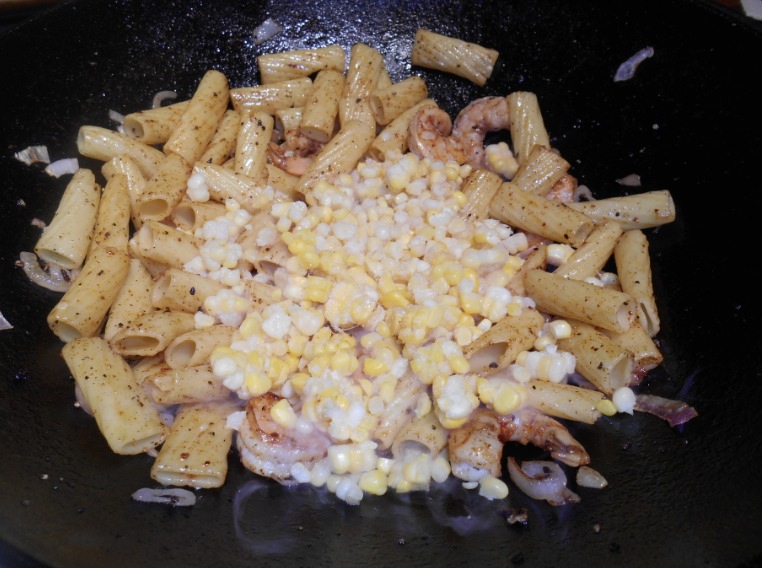 Keep it moving but let the pasta crisp, cut a lemon, and let’s get ready to finish. 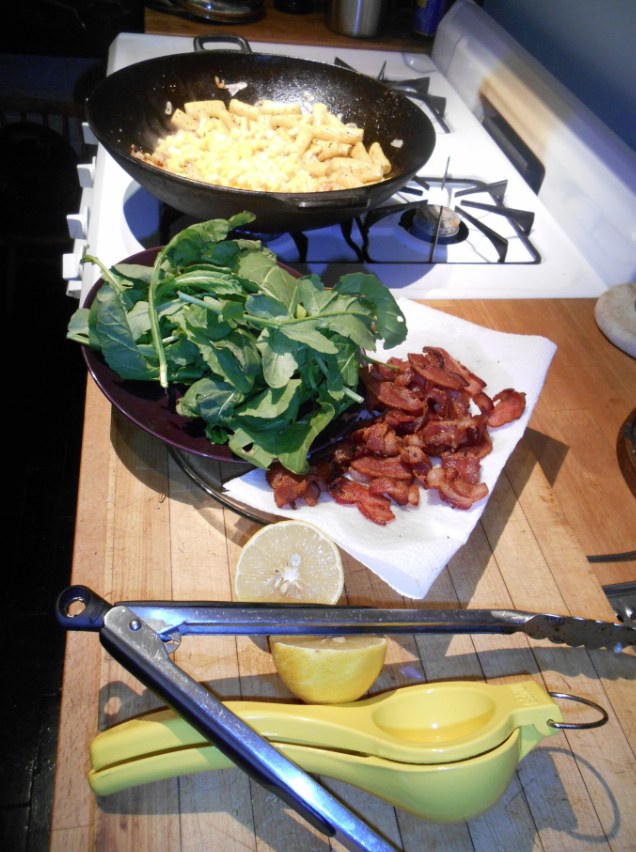 First the greens. Toss to wilt. 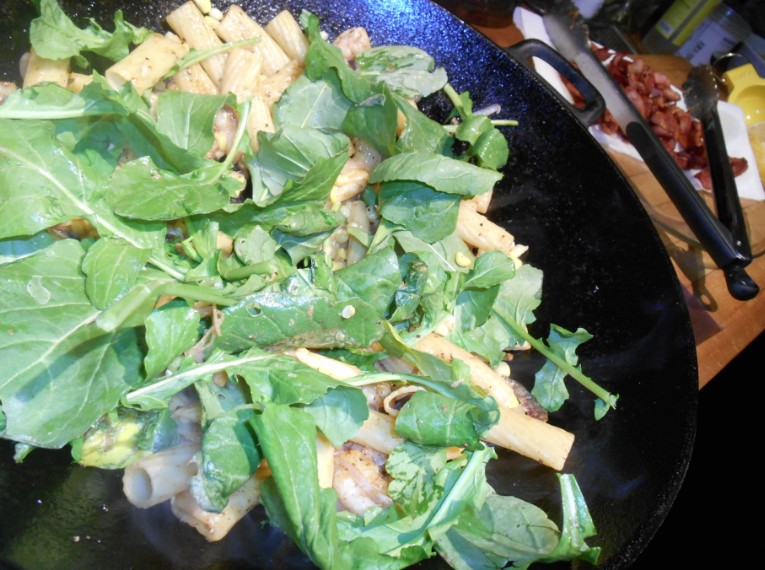 Chop and return the bacon. Toss again. Had I a red pepper that would have added pretty color. But I didn't. 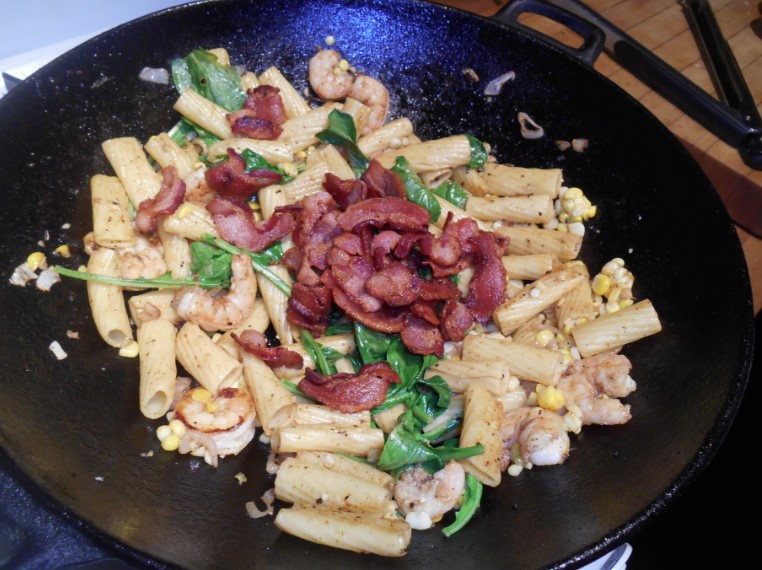 Grated cheese is never wrong, but a big squeeze of lemon is exquisite.

It makes a hot, fresh pasta dressing with the oily bacon fat. 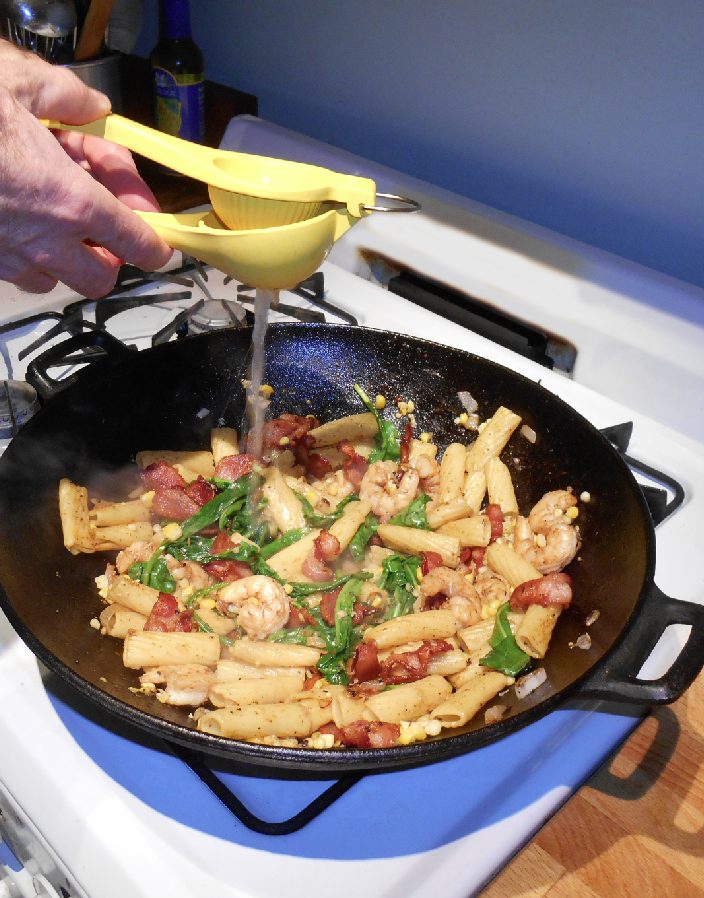 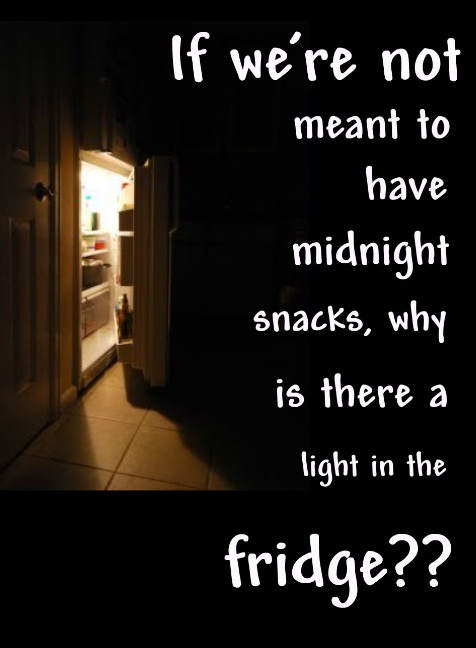