America has endured four Presidential assassinations in its 237 year history. 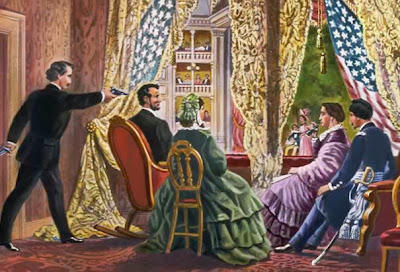 The first was Abraham Lincoln.
Lincoln had given a speech advocating voting rights for blacks. This enraged an actor named John Wilkes Booth. While Abe and his wife were at Ford’s Theatre in Washington DC, the president's coachman and his body guard hit the saloon together for a drink. Bad idea. While Lincoln chatted with his wife-- unguarded in their private box--  Booth stepped in and shot him from behind in the head. He was 56 years old.  That was April 15th, 1865. 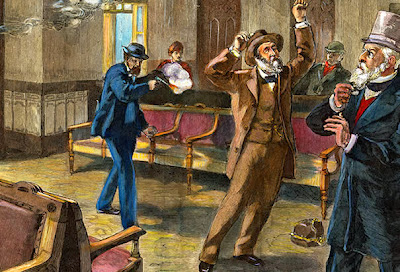 Just 16 years later and the Secretary of State serving President James Garfield in 1881 turned some guy down for a job. Charles J. Guiteau wanted a consul job in Paris (who wouldn’t?) after believing a small speech he had given was the key to Garfield’s election. He figured he was entitled. Secretary Blaine didn’t see it that way.
But when Guiteau heard “no” he got surly and aggressive, so Blaine had him banned from the WhiteHouse and that put him over the edge. On September 19th, 1881 he shot President Garfield twice in a railway station, (again, from behind) with a 44 calibre revolver. Garfield was only 49 years old. 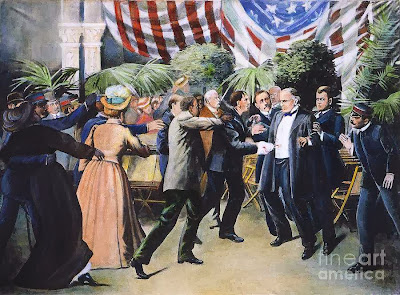 Then came William McKinley.
He was just a few weeks into his second term and had been speaking about foreign trade to help get American goods into European markets. He and his wife went to the American Exposition in Buffalo for a few personal appearances, but anarchist Leon Czolgosz was also at the fair. Inspired by another anarchist named Emma Goldman, “the most dangerous woman in America” (I can think of a few others) he confronted McKinley on the fairgrounds after waiting in a receiving line with a gun wrapped in a handkerchief. Leon Czolgosz shot twice into the President's stomach but McKinley survived.
For awhile, anyway.
But the Doctors botched the surgery and a primitive x-ray on exhibition at the fair was never used and so they couldn’t find one of the bullets. They sewed him up prematurely and he died of gangrene a few days later on September 14, 1901. That was turn of the century medicine for you. He was 58.
That’s three presidents shot dead in just 36 years. 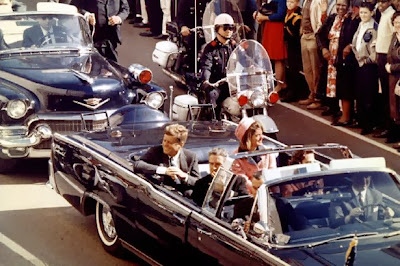 JFK, I remember. I was 12 when he and Jackie went to Dallas to paper over differences within the fractious Democratic party. A motorcade brought him into town.
Conspiracies abound but the Warren Commission found Lee Harvey Oswald had acted alone, shooting three times with a snipers rifle from the Texas School Book Depository, also from behind. Decades later, Marine Corps marksmen were trained and timed on that bolt-action rifle but were unable to get three shots off within that same period of time, never mind two body hits and a head kill.
Camelot ended on November 22nd, 1963. 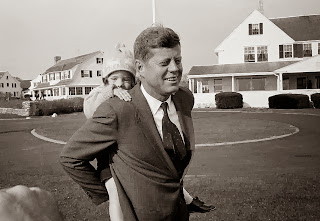