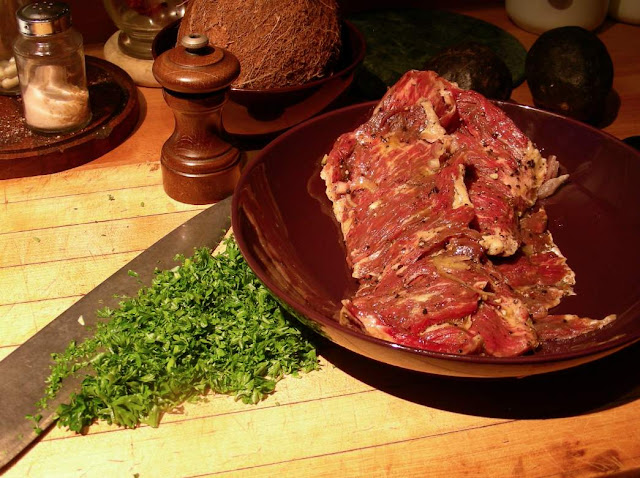 If you like beef fajitas,
you’ve probably eaten skirt steak.

It’s a tough cut; stringy, inexpensive and deliciously flavorful, cut from the plate under the animal’s ribcage. 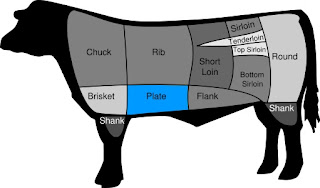 But it can be lean and benefits from being marinated. Drizzle with olive oil, a squeeze of lemon or lime, salt and pepper, some parsley, some chopped garlic, five or six chopped shallots and lots of good fresh thyme,. You can use regular onion in a pinch. Toss and leave overnight in the fridge. 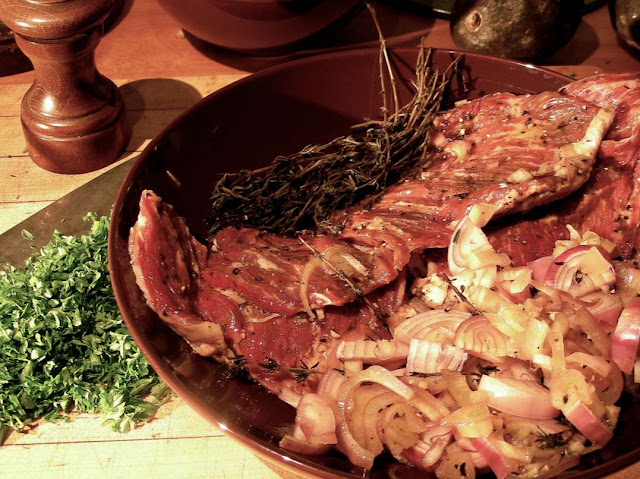 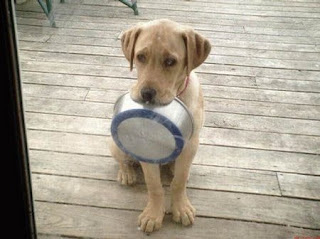 montrealdogblog.com
Throw some asparagus in the oven to roast and give it a 20 minute head start. By the time it’s done, the steak will be done, too. 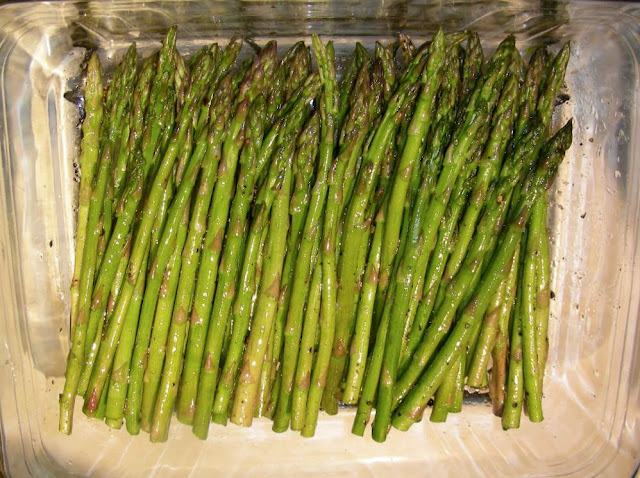 Brown some mushroom caps in butter on the side. 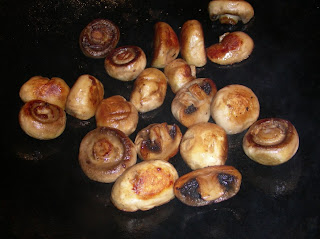 Now separate the marinade from the skirt, drain the marinade oil into a hot cast iron skillet and drop the steak into the very hot oil. 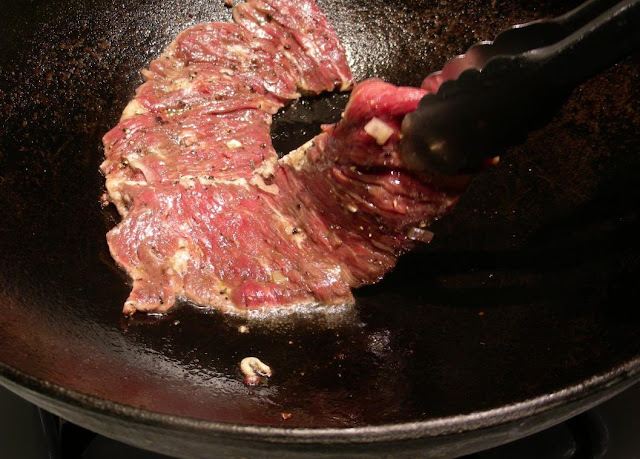 Don’t pack them in too tightly, let them brown instead of steam. 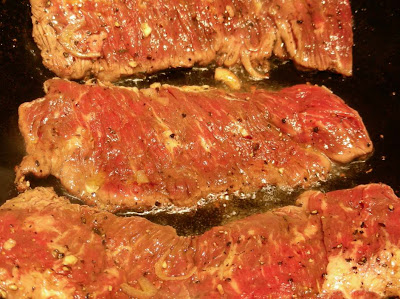 Flip them so they will finish pink in the center. 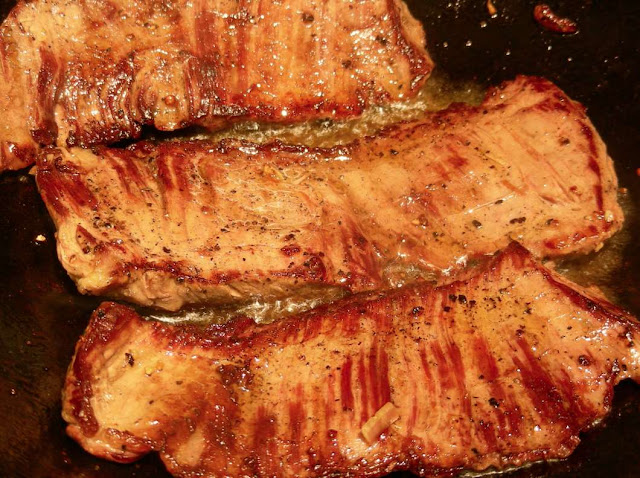 When they are done keep them warm between two plates, add a pat of butter to the same hot pan and toss the contents of the marinade into the sizzling butter. 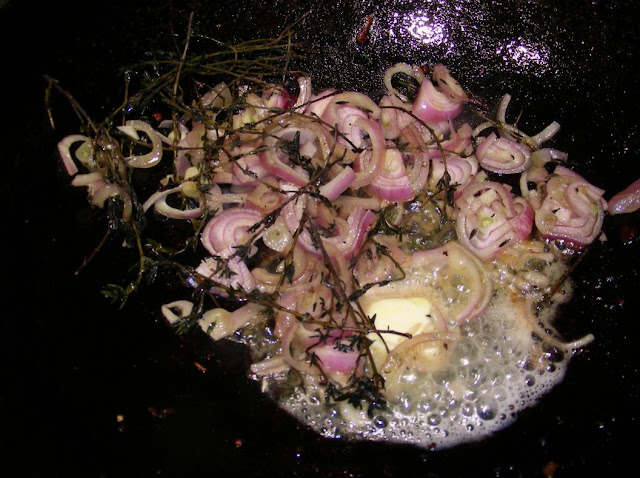 Toss until the shallots wilt then toss in a tablespoon of the best vinegar you have. Malt? Balsamic? Pear infused? All good, but just one tablespoon. 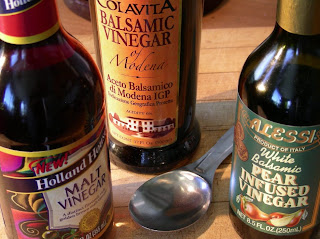 Now plate the meat, pour the platter juices over it, add some asparagus and fill the space in between with buttery mushrooms and shallots sauteéd just in thyme. 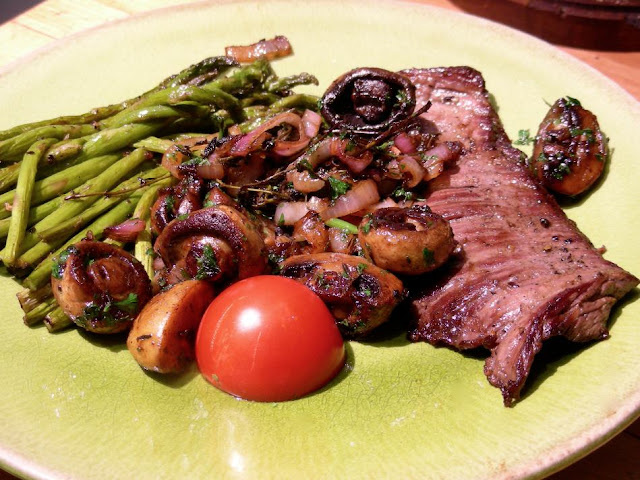