you may say that I’m a dreamer

but I’m not the only one 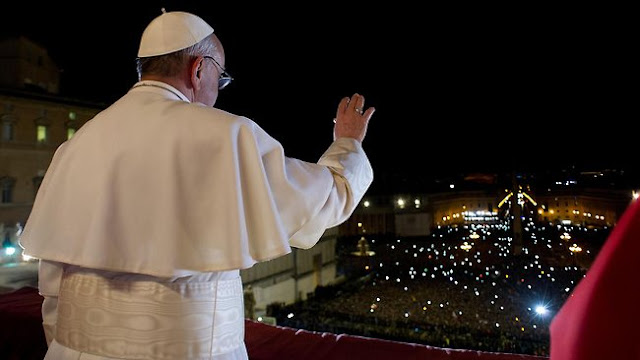 Did you watch the crowd in St. Peter’s Square last evening? The loving glow was religious faith at its best. There is no denying faith is a thing of beauty when you can read it in their eyes.

Still, I was disappointed. The unusual circumstance created by Benedict’s resignation offered a once-in-a-lifetime opportunity that was lost to more of the same.

I wanted a Pope younger and more dynamic, in touch with the modern zeitgeist and courageous to set things right. I wanted his first speech to openly recognize that all of humanity regardless of religion or sexual orientation is to be as equal in the eyes of the Church itself, as we are in the eyes of God.

I wanted a Pope with the integrity to accept and acknowledge that a group of old, unmarried men have no business in the politics of an adult woman’s body. I wanted a Pope to celebrate the healthy impulse of love in an adult-same-sex attraction as free of guilt and shame inside the Church hierarchy as it inevitably will be, out.

I wanted a Pope with the honesty and the good common sense to state plainly that one thousand year old dogma is a losing proposition in the 21st century. And I wanted that Pope to state with critical clarity that huge problems begin at home in the Priesthood, amongst the Bishops and the Cardinals and he who is without sin can only cast the first stone.

In short, I wanted a Pope to reach out into the hearts and minds of a rapt and global audience last night--me included--and wrench from the sordid headlines a moral clarity and an ethical vision of personal accountability that rang so universally true it thrilled the faithful, galvanized the rest of us and returned to the Vatican a virtuous authority it once embodied but has squandered through centuries of economic and sexual malfeasance, and the lying to cover it up.

Instead, we got Pope Francis. 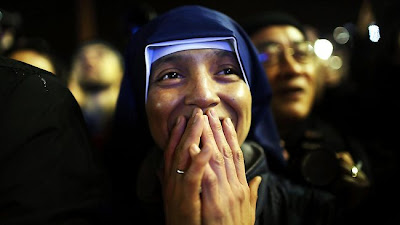