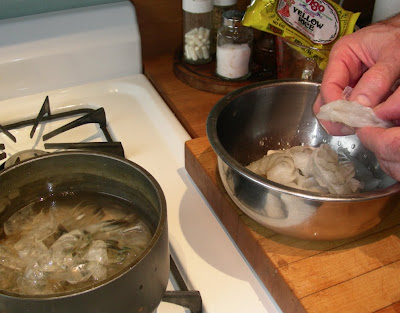 Shrimp lovers of the world I’m with you, and the only thing easier than scampi is boiling and chilling them for cocktail. A pound feeds two or three, these are E-Z-peel jumbo’s from Fairway. 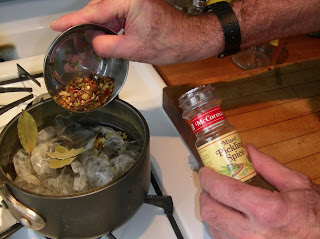 I always buy shrimp in the peel because they cost less and the peel is a big source of flavor. Peel the shrimp and cover the shells in cold water, about two cups. We’ll add salt and pepper, bay leaf and my secret, pickling spices, which imports a beautiful middleeastern cinnamon and allspice quality to the stock. 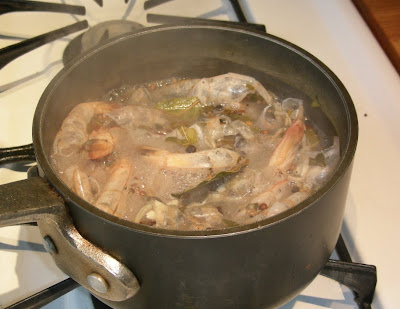 Simmer it down slowly to the 1 and 1/2 cups we’ll need to make the yellow rice. 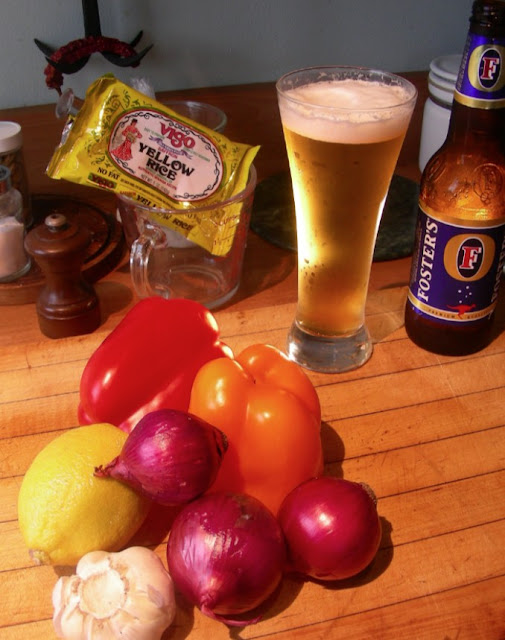 Now crack a beer and gather your ingredients, I’ve used a red pepper, an orange one for color, three small red onions, a head of garlic and a lemon for its juice. Lemons with thin skins that give to your thumb are usually juicier. Except for the lemon, chop it all as you like it. 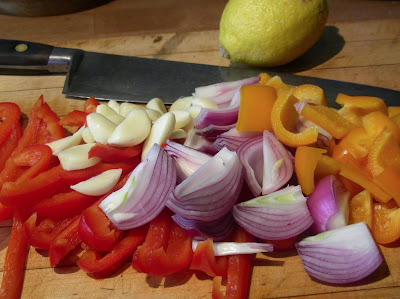 Simmer the stock for 15 minutes, then let it stand for a few. Then strain it and start the rice with it, from here on it’s a breeze. Heat olive oil and then dump the vegetables in. 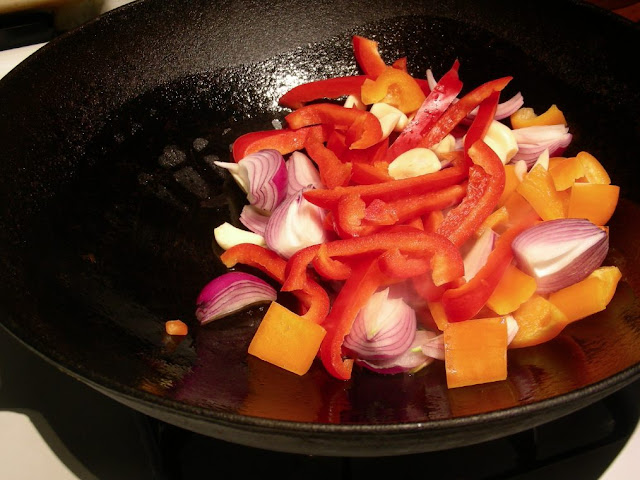 Toss as stirfry, adding ½ teapsoon chile powder and ½ teaspoon oregano. A grind of fresh pepper. Not much salt. 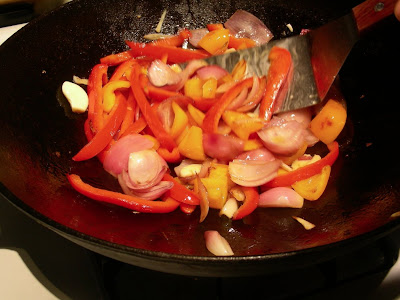 When the vegetables soften and gently brown, turn the heat up and throw the shrimp in. Maybe a small handful of pine nuts if you’ve got them. 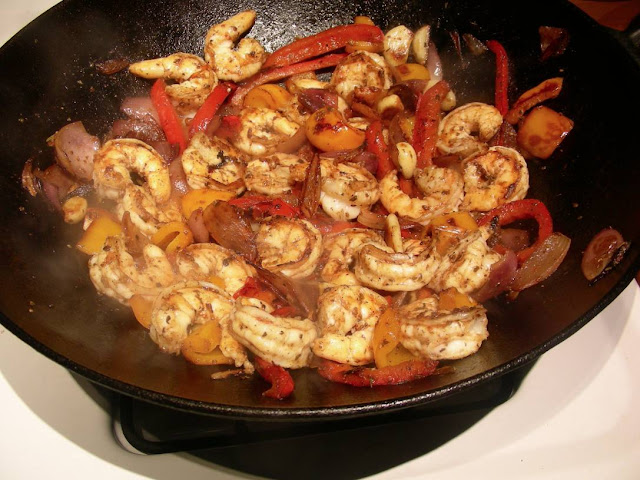 That’s it, toss until the shrimp are done, cut and squeeze that lemon all over and serve it on the steaming, shrimp-stock flavored rice. 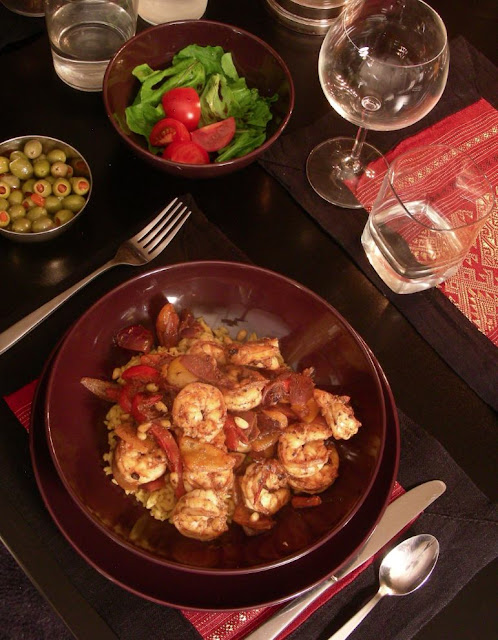