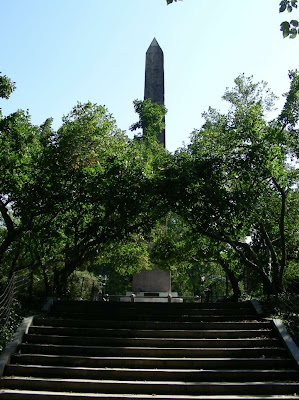 Cleopatra’s Needle behind the MET was erected in 1881, just five years before our ClockTower. 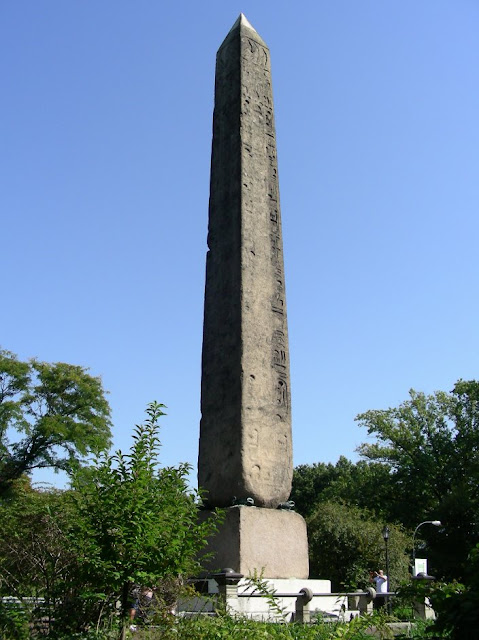 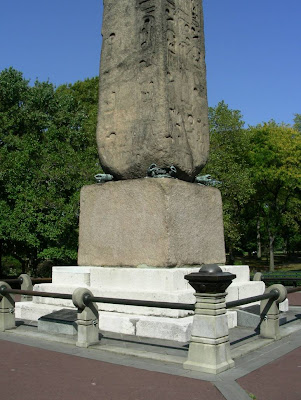 This obelisk is one-half of a pair made in Egypt in red granite about 1450 BC, almost 3500 years ago. 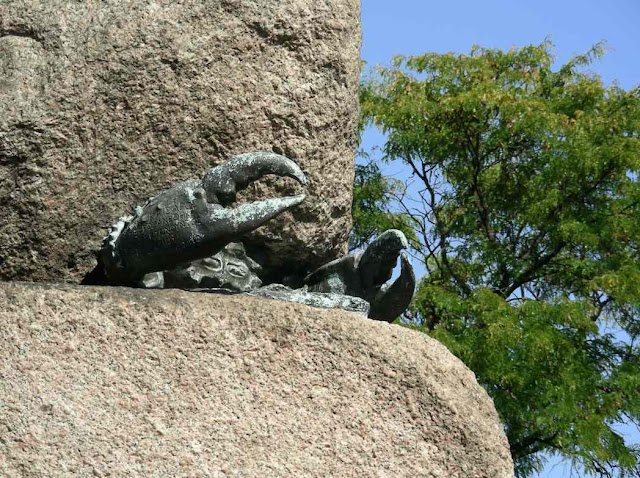 They were knocked down by a Persian conqueror about 2000 years back, and left laying on their faces in sand for centuries. 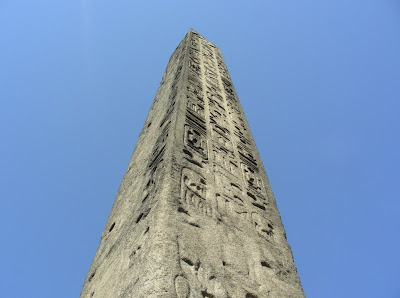 That’s what preserved the crisp hieroglyphics along the buried side while the rest was worn away by wind erosion. 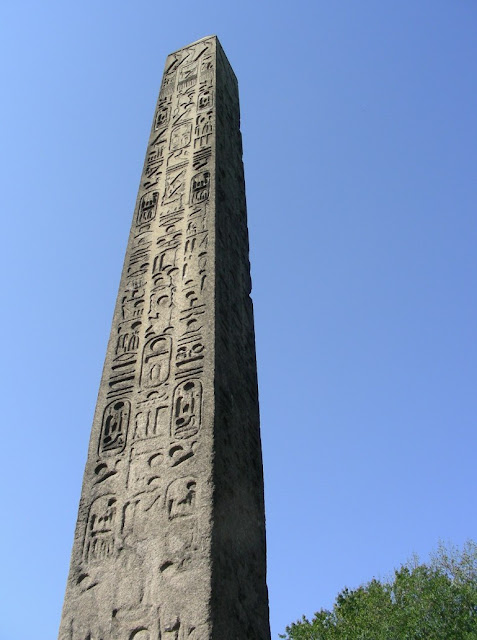 Our needle is 68 feet, 10 inches tall and weighs 240 tons. You can imagine the complications of moving that into place in 1880. 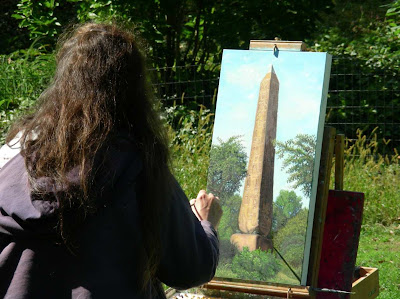 It arrived by steamship from Alexandria Egypt and landed at a west 96th Street pier. 32 horses drew it on rollers from the banks of the Hudson to Central Park. 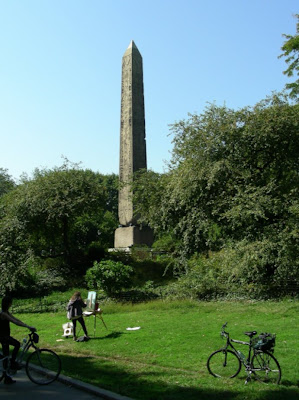 The other in the pair, by the way, is in London erected 2 years earlier. It’s center in this photo I took along the banks of the Thames. 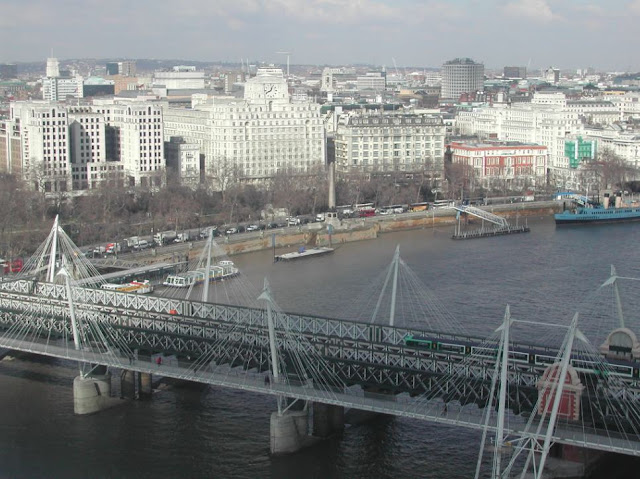 Soon enough, our obelisk will be here in New York for as long as it was kept in Egypt. 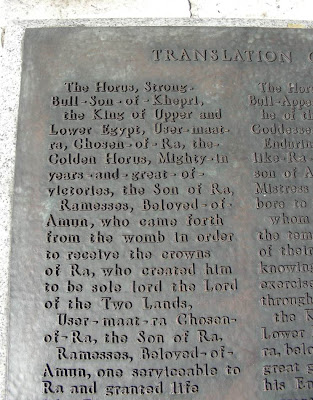 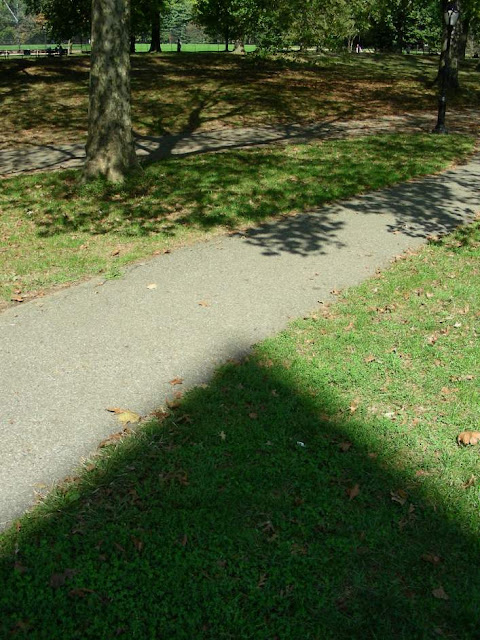