how 'bout the bar for lunch 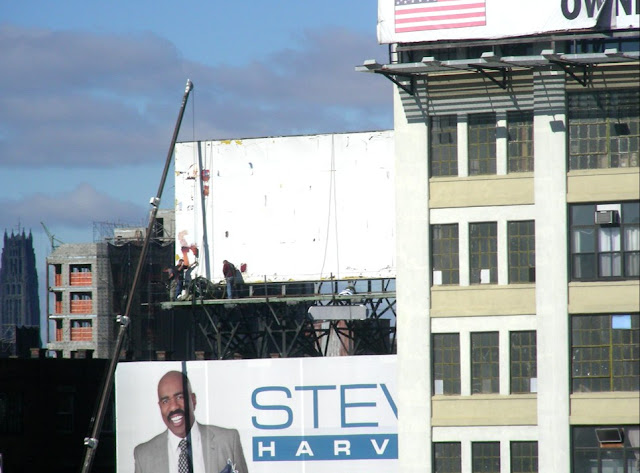 The billboard man had a lonely job. He worked by himself on a ladder. 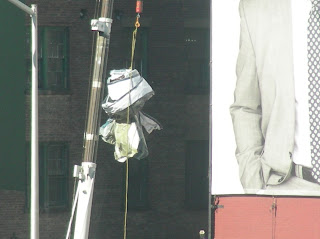 The image would go up in rectangular sections, pasted on like a wallpaper puzzle. You can still see the remnants. 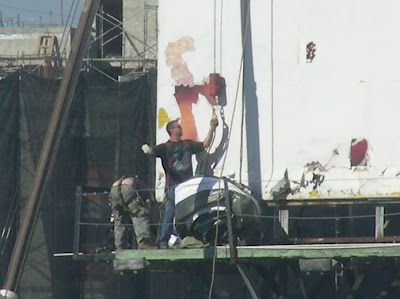 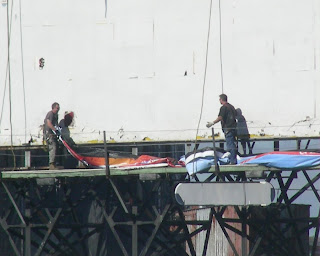 They unpacked it along the walkway. 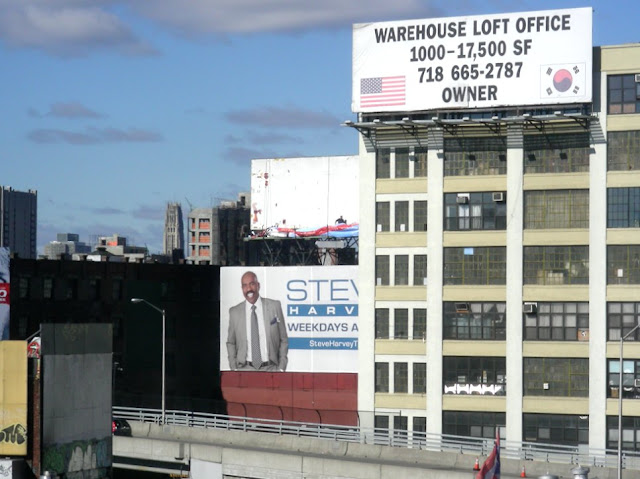 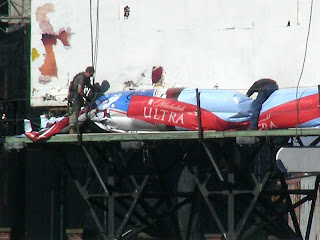 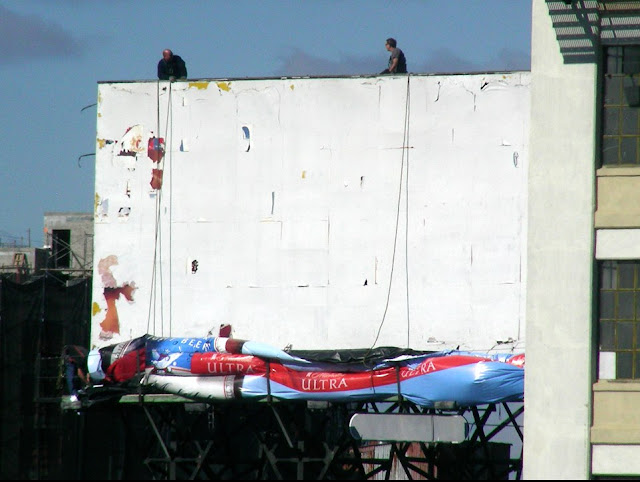 Then they went up top and just hoisted it up arm over arm, the good oldfashioned way. 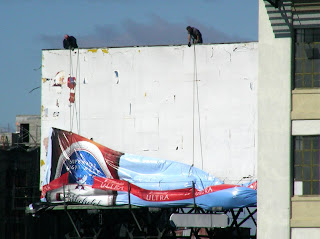 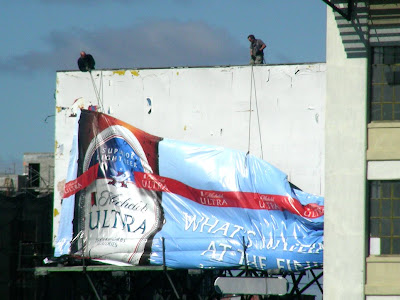 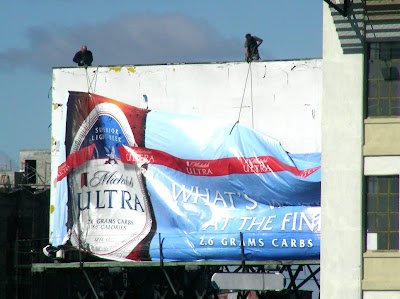 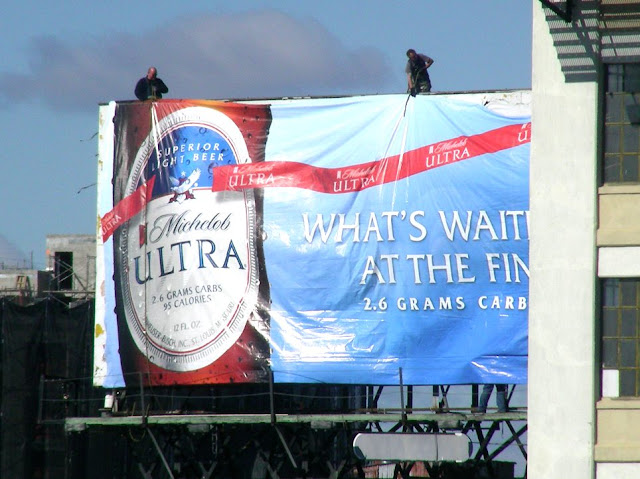 The guy on the walkway worried it here and there as they lifted it. Then he pulled it taut and tied it off around the edges. 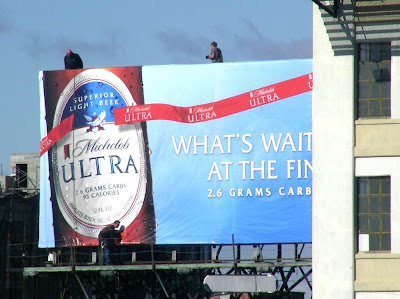 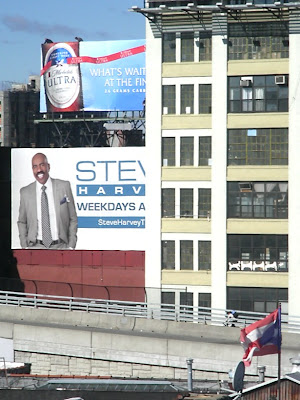 I’ll bet I know where they went next. 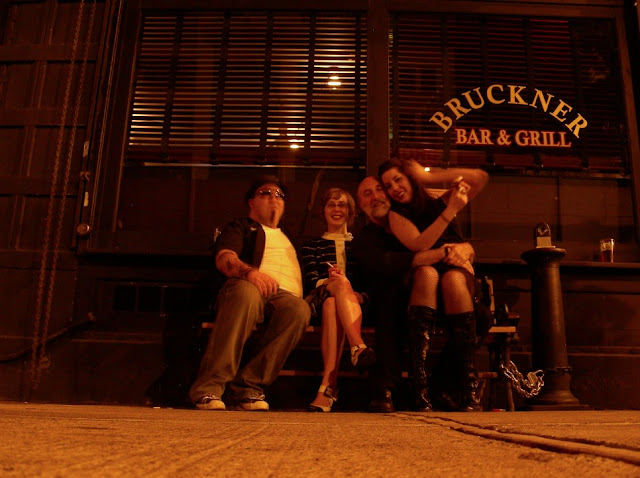 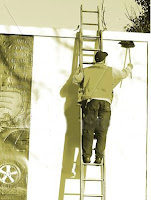