but wooden I love to 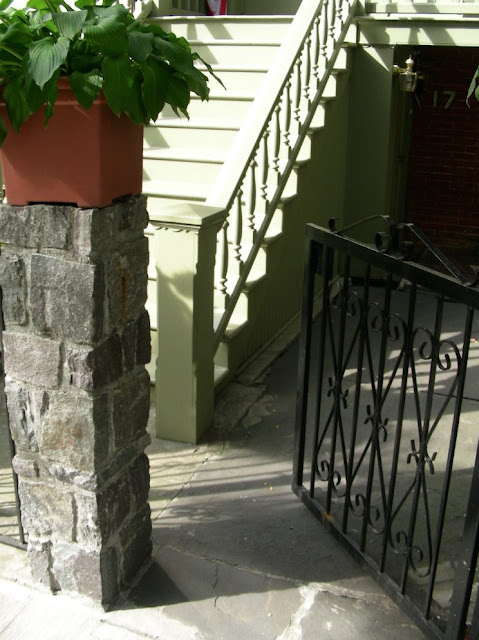 Wooden houses. They aren’t building them in Manhattan anymore and few have survived the fires and rotting ravages of time. 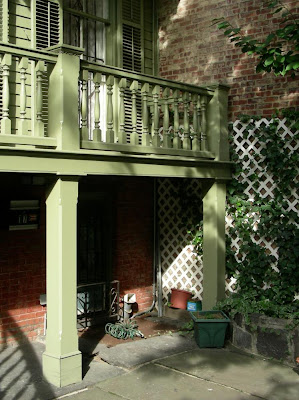 Harlem was farmland in those days, named after “Haarlem”, a town back home in Holland. But in 1837 the railroad extended to 129th street and development exploded. 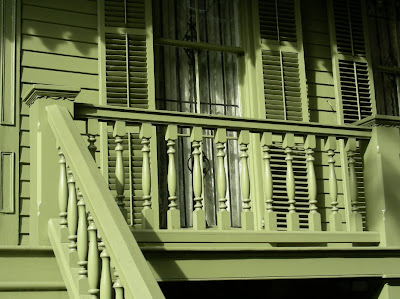 17 East 128th Street is built in the “Second Empire Style”.
It’s just a walk across the bridge. 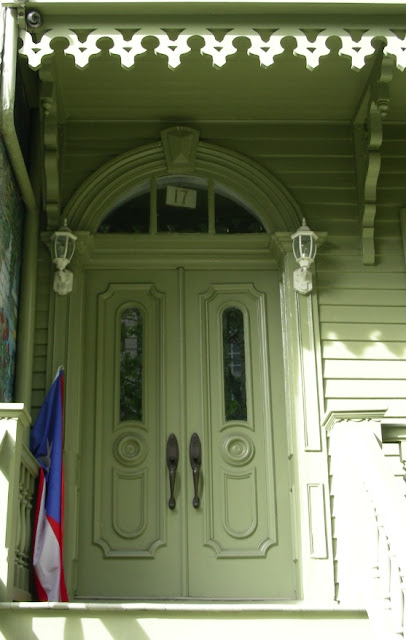 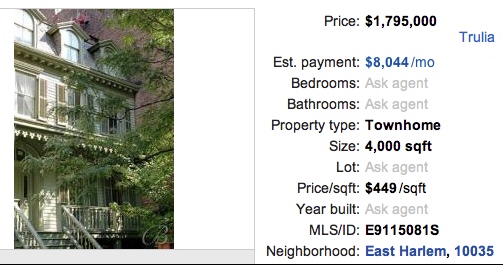 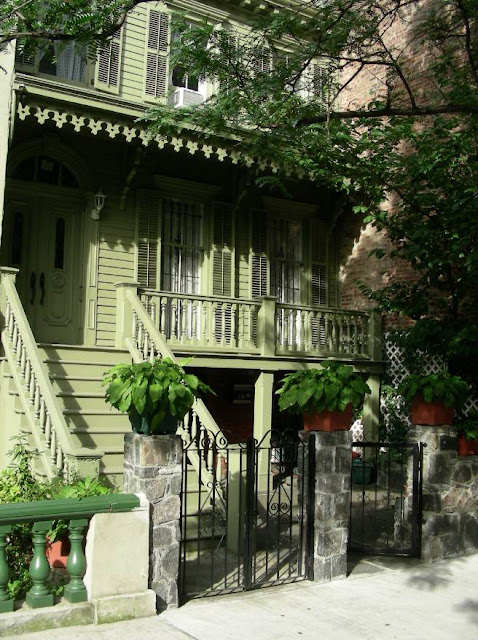 The balustrade porch rail is original and so is a very steep slate roof called a “mansard”, named after seventeenth-century French architect Francois Mansart. 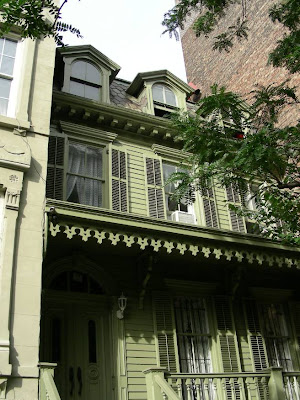 It’s well slathered in green paint and remarkably intact because so few different families have occupied it since the Civil War. 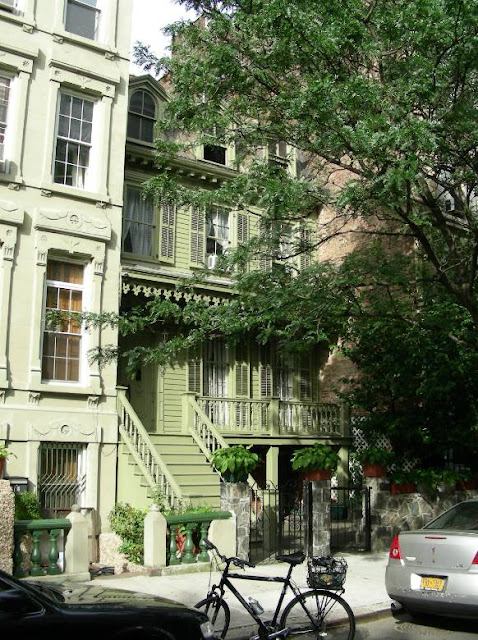 You and I sure won’t.