fancy while you wait 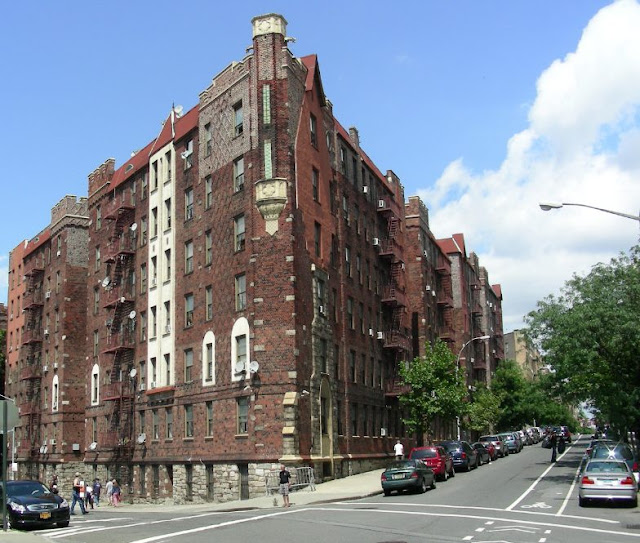 Architecture and design often reflect public state of mind, and the majestic prow of 691 Gerard Avenue is exemplary.

It cleaves the neighborhood like a giant ocean liner. 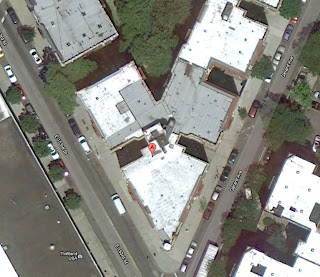 Built in the Highbridge section of the Bronx in 1929 at the height of the roaring 20’s... 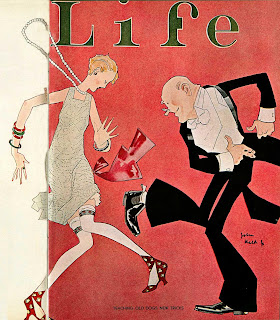 ...691 Gerard is an exuberant contemporary of Manhattan’s majestic Tudor City, also finished in 1929. You can see the similarities. 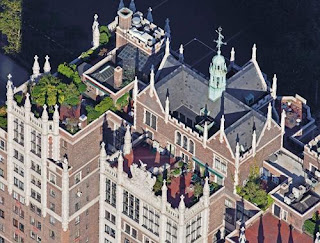 Life was a party in the 1920’s and the resultant stone and brickwork is very showoff-fancy. 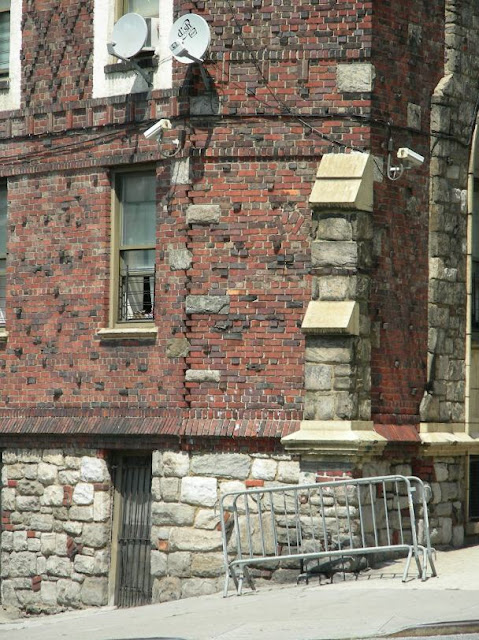 This original gargoyle is typical in Nantwich, England, southeast of Liverpool. 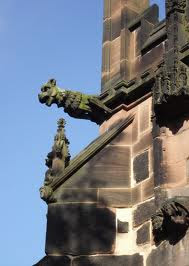 Not to be outdone, American architects embraced and repeated these decorative motifs, in what was called “Tudor Revival style” when money was no object. 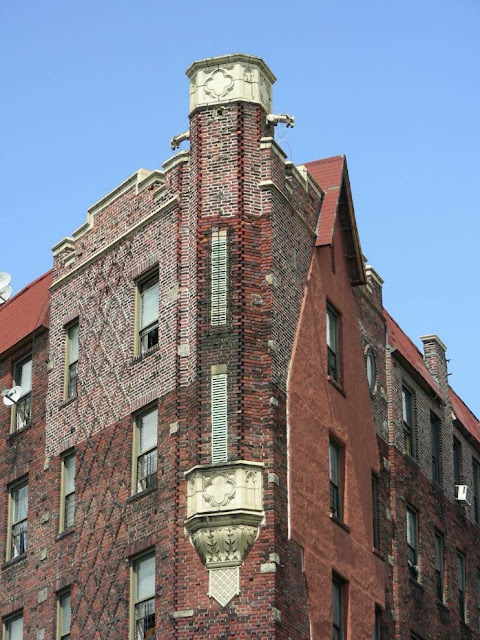 But it was not to last.
The crash in October 1929 took seven years for real recovery. 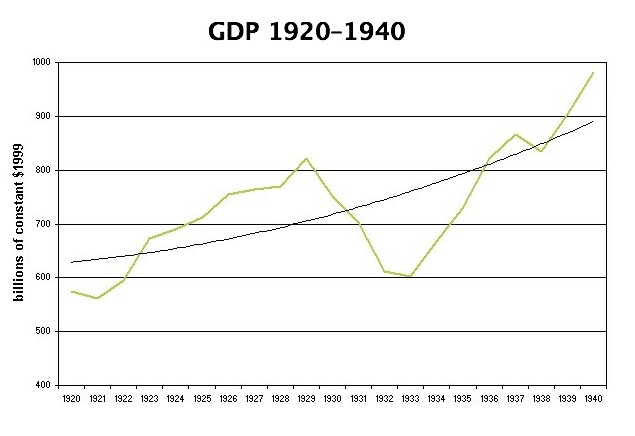 These proud buildings often sat empty while the workforce sought out breadlines. 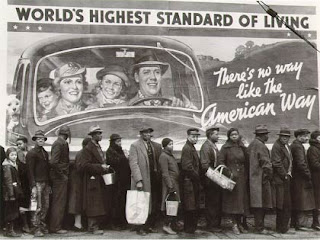 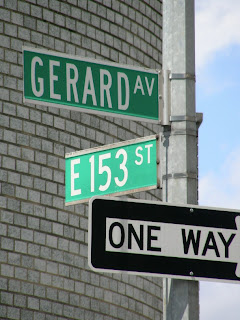 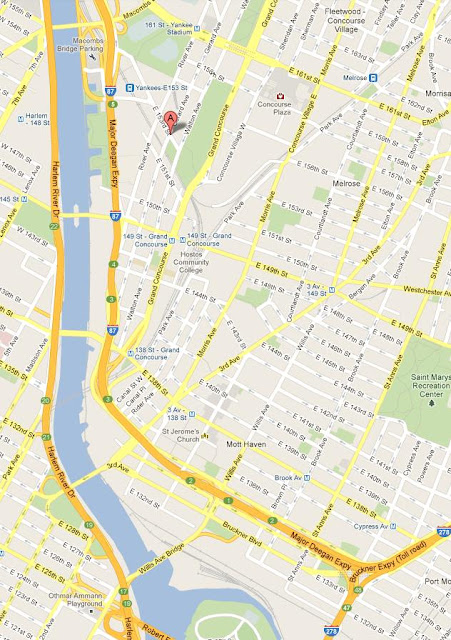 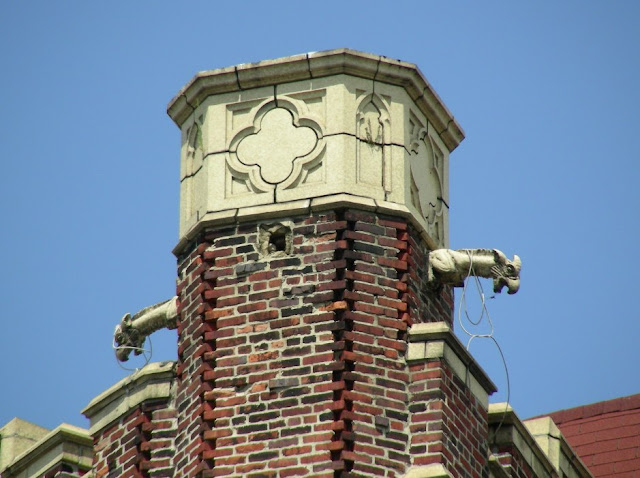